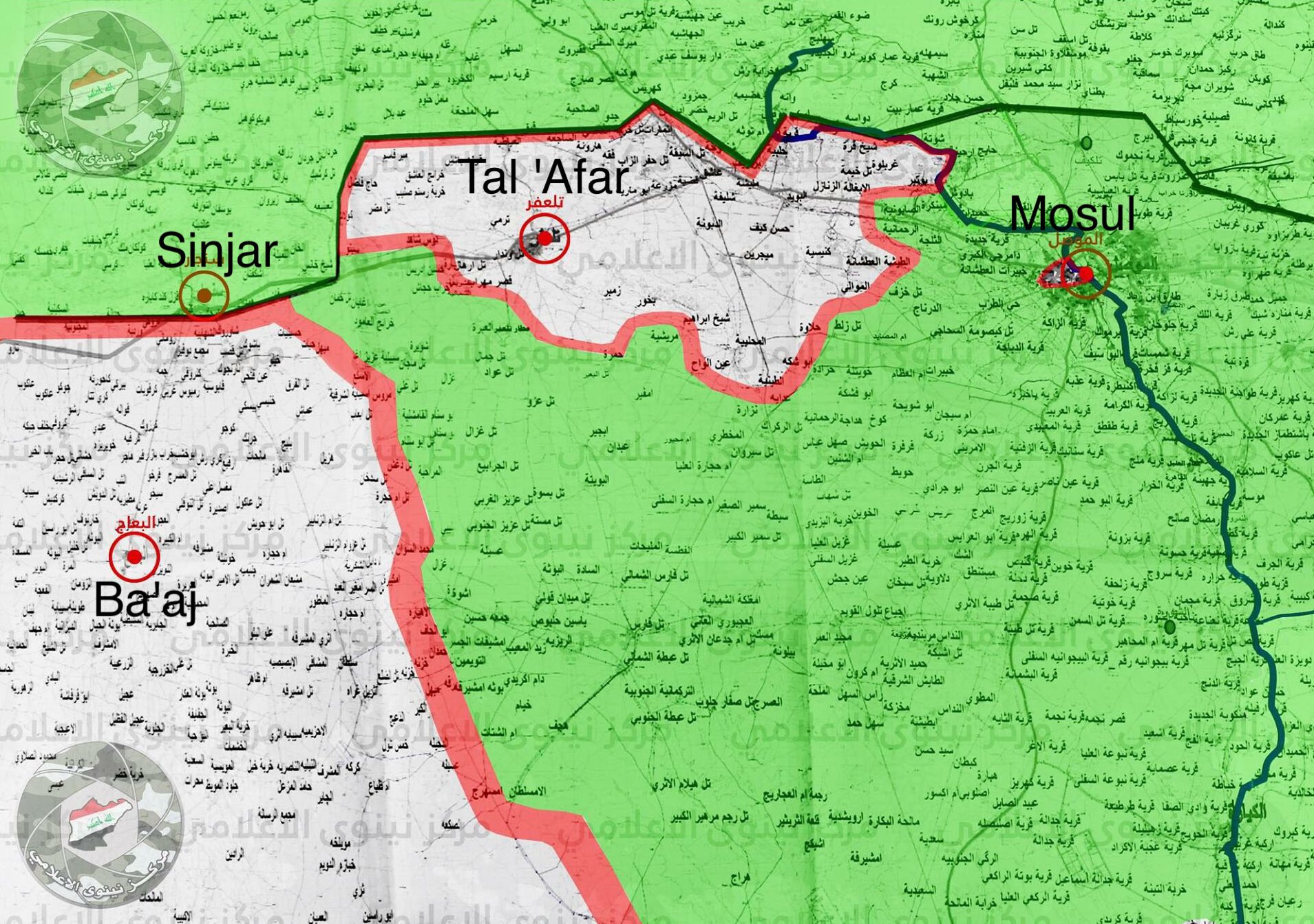 •Mosul is nearly liberated. •Tal ‘Afar is surrounded. •Sinjar is well-defended. •Ba’aj will be dealt with. pic.twitter.com/OG4D4BDIhh

In a move seen by observers as a public endorsement of US President Donald Trump, US technology giant Apple announced the creation of a fund to support industry within the United States.

The company said its chief executive Tim Cook that Apple initially contributed $ 1 billion to urge companies to manufacture within the United States, a step promised by Trump during his campaign, where he then gave an explicit invitation to Apple to adopt it.

Tim Cook, in a televised interview with Al-Furat, said the company decided to repay the American people and the United States with a $ 1 billion start-up fund, while Cook noted that the company spent more than $ 50 billion locally during the year. Past, to support the US industry.

This comes in light of the company’s strong second-quarter revenues, estimated at $ 53 billion, and Apple’s fiscal year ends in September and starts in October each year.

Counter Terrorism Units are ready to launch a major assault of the rest of the districts in west #Mosul #Iraq. 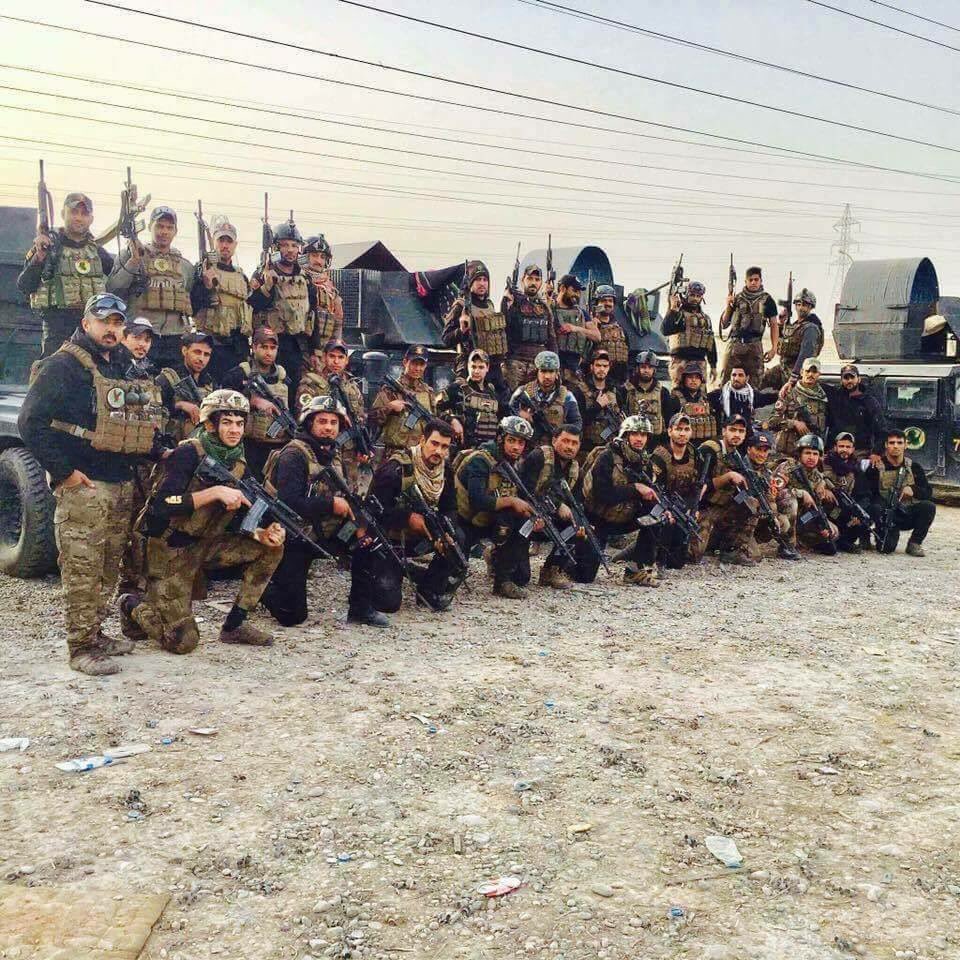 [Where-Baghdad]
Search president of the National Alliance with Ammar al – Hakim , the representative of the Secretary – General of the United Nations to Iraq , Jan Koptc national reconciliation file and the post – terrorist Daesh gangs.
A statement issued by his office received by all of Iraq [where] a copy of “Hakim received Jan Koptc, and discussed with him developments in the security and political situation in Iraq and post – terrorist Daesh gangs further to near the resolution of page military as well as to discuss national reconciliation put forward by the National Alliance Kkharth file way to end the Iraq crisis and political security. ”
He noted Hakim , according to the statement that ” the next stage , the stage of national lists that form the majority of the national government, and everyone in front of an opportunity to bring about a radical change in a positive Iraqi reality, where everyone is responsible for the launch of reassurance messages.”
The United Nations has called for “support for Iraq and urged the international community to carry humanitarian and moral responsibility towards the liberated cities and towns Isargaran who liberated.”
http://www.alliraqnews.com/modules/news/article.php?storyid=61489

{Follow: Euphrates News} senior administration official said on Thursday that his first foreign tour of Donald Trump in his capacity as president of the United States will include Israel and the Vatican and Saudi Arabia visit.
The official said Trump will also attend a meeting of the North Atlantic Treaty Organization in Brussels on May 25 , as well as the summit of the Group of Seven in Sicily on 26 May.
It said Saudi diplomatic sources said Trump will visit Riyadh on 23 of this month and meet with King Salman
http://alforatnews.com/modules/news/article.php?storyid=142194

(Independent) .. Iraq, in cooperation with representatives of the World Bank in Baghdad, a project to reform and modernize the systems of financial management of the state

“This important step comes on the basis of agreement with representatives of the World Bank during the spring meetings held recently in Washington,” Finance Minister Abdul Razzaq al-Issa told a news conference after his meeting with World Bank representatives.

He added that one of the priorities of the project is to develop the government investment of the Iraqi state. For their part, representatives of the World Bank expressed readiness to cooperate and support Iraq and develop its financial mechanisms as a founding member and contribute to the World Bank.

Like Loading...
May 4, 2017 in Investment
The Prime Minister of Iraqi Kurdistan has said the Region is safe and secure for investment, and encouraged foreign businesses to return to Kurdistan after the defeat of the so-called Islamic State (IS, ISIS, ISIL, Daesh) terror organization.

Speaking at the opening ceremony of a new five-star hotel in Erbil, Nechirvan Barzani said:

“Lebanese investors of this project, which cost $40 million, have proved that despite all the challenges and difficulties facing the region, Kurdistan is still a safe and trusted place for investors and businesses.

“Also their confidence and understanding that the Kurdistan Region is stepping towards a brighter and better future and it is considered a good destination for investment in the region.”

“Our government wants investors and businesses to focus on agriculture, tourism and industry in particular,” he said. “These three sectors, which have a good opportunity in the Kurdistan Region, are important part of the government reform plan in order to increase our income and move us gradually away oil dependency.”

In its Regional Economic Outlook for the Middle East, the IMF says:

“In Iraq, the fiscal stance is expected to loosen somewhat as the receipt of previously delayed donor financing relaxes the cash constraint faced in 2016.”

The full report can be viewed here.

Great news as #Mosul dam’s gate 5 is opened for the first time in 12 years and water levels are raised to 321 metres. Repairs went well