The commander of Nineveh, Maj. Gen. Najim al-Jubouri, in a press release received / balance News / copy of it, that “a few hours separating the security forces from storming the last remaining neighborhoods in the western axis and the incursion in central Mosul to rescue civilians held at the terrorists Daesh in areas that are still under the axis of control. ”

The statement noted, that “rapid reaction forces reached the village of analyte and stationed with the Western anti-terror hub device forces would launch operations during the hours to liberate areas disturbed Mushayrifa and Rifai and July and the carpenter and the remaining districts in the western axis.”

Jubouri said that “federal forces penetrated all neighborhoods of Mosul amid the backing air,” adding that “the leadership of operations in Nineveh City district will announce the liberation right coast completely within days very few” .anthy 29/5 Q

The final chapter. All #Iraq observers keep a close eye on #Mosul for the next 48 hours. 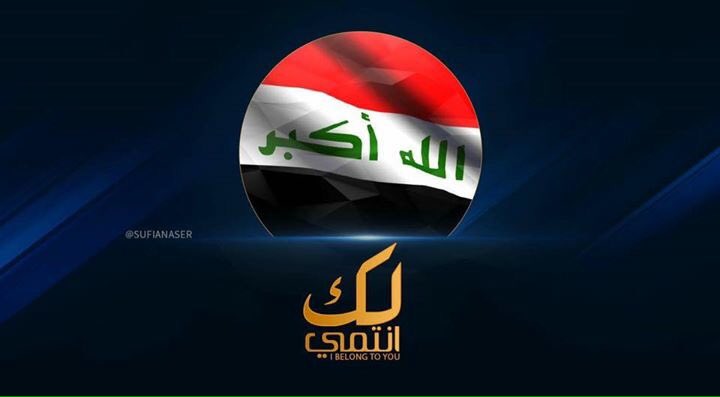 The Nineveh Operations Command announced today the launching of large-scale attacks from the western and central axes of the right-hand coast of Mosul, adding that the command would announce the full restoration of the entire coast within a few days.

Nine hours later, security forces broke into the remaining neighborhoods of the western axis and penetrated the center of Mosul to rescue civilians held by members of an armed group in areas still under his control, Ninewa operations chief Major General Najem al-Jubouri said in a statement received by Sky Press.

Jubouri said that “the rapid reaction forces that arrived in the village of Halilah and stationed with the forces of the anti-terrorism in the western axis will launch operations during the hours to liberate the areas of Musrifah and Riffi and Tmuz and carpenter and remaining neighborhoods in the western axis.

Jubouri said that “the federal forces entered all neighborhoods in the center of Mosul with air support,” adding that “the command of operations in the province of Nineveh will announce the liberation of the entire right coast in a few days.”

The joint security forces, backed by the international coalition and with the participation of the popular crowd, began a military operation on January 19 to restore the right side of the city of Mosul to pull out an organization calling from its last stronghold in the city after recovering the entire left side on January 24.

It revealed the popular crowd, Monday, about the whereabouts of the organization of the state leader, Abu Bakr al – Baghdadi.
The leader of the popular crowd, good effect, that “there is information available to indicate the presence of al – Baghdadi in the areas ofTal Afar in northern Iraq.”
He told the Iranian news agency “IRNA” vassal “Sky Press,” that “al – Baghdadi , while in these areas do not stay where long periods of time, indicating that permanent mobility.”
According to Al – Sayari, the “most areas where there is the eastern region in Syria , ” adding that ” the leaders of the task Daesh transferred from Mosul before the month to another state.”
Sayyari claimed that Israel may progress during the coming period on the killing of al – Baghdadi; to bring about a new controversy, especially that it is no longer acceptable figure for the year, as saying.
He added in another scenario , expected that America may be transferred to another place without the flag of Israel, “especially as it has become useful not America nor Israel anymore in order to try to move it to another place.”
It is noteworthy that the militias popular crowd, the Iraqi government, announced in earlier times the discovery of the whereabouts of al – Baghdadi.
On several occasions, Iraqi official sources remember that Baghdadi exists in the Iraqi city – based, Syrian Abu Kamal, and Anbar, and others.

The popular crowd on Monday denied the presence of military headquarters of the Iranian Revolutionary Guards Corps in Jerusalem, saying the news was intended to offend the crowd’s victories.

“The news in the media about the opening of the headquarters of the Iranian Quds Force in Mosul is baseless and there are no Iraqi Shiite parties’ headquarters in Mosul, so how can we open Iranian headquarters?” Said leader of the popular crowd Karim Nouri.

“To provoke such news is intended to offend Iraq and the victories of the crowd in Mosul,” he said. Stressing that “the role of Iran is limited to help Iraq and provide advice only and there are no camps and combat forces in the field.”

Al-Nuri stressed that the Al-Qaeda organization refuses to open any headquarters for Iran or any other country in the liberated areas of Iraq. “

The newspaper “Arab New” claimed by quoting Iraqi sources that the Quds Force of the Iranian Revolutionary Guard opened dozens of military and political headquarters under the cover of the popular crowd on the left side of the city of Mosul.

By Rudao two hours ago

On Monday, May 1, 2017, Iraqi forces will continue fighting for the restoration of the right side of Mosul, amid expectations of a decisive battle to restore the city’s old area soon.

Rundah Jamal, a reporter for the Rwandan media network in Mosul, said Iraqi forces were shelling hard positions on the right side as the coalition aircraft continued to raid the organization.

The correspondent of Rudao that armed men have detonated four car bombs in the past 24 hours, in contrast Federal police announced the killing of dozens of elements of the organization during the past hours.

“It is expected that the Iraqi military units will launch a large-scale offensive to restore the rest of the old area within the next 48 hours,” he said.

The Iraqi army chief of staff, Osman al-Ghanmi, has announced that “the right side of Mosul will be completely restored before Ramadan, and the Iraqi forces will end the liberation of the city within three weeks at the most.” He added that “the forces control 40% of the old town, And the proportion controlled by a preacher inside the Ayman Mosul is estimated at 35%, and areas of influence within the entire Iraqi up to 3.8% of the total area of ​​Iraq.

During a military campaign launched in October 2016, Iraqi forces managed to recover the eastern half of the city, and on 19 February the battles of the western side began.

Iraqi forces, backed by the international coalition, have managed to recover more than half of the western half of Mosul, amid a decline in fighting capabilities, according to media reports of Iraqi military commanders.

The Union of Iraqi Forces warned on Monday of opening military and political headquarters of the Quds Force of the Iranian Revolutionary Guard under the cover of the popular crowd and holding Prime Minister Haider al-Abadi responsible for opening these decisions.

“The opening of Iranian headquarters outside the military action agreed between the two governments is unacceptable and is a blatant interference in Iraqi affairs demands to deal with such headquarters as the organization of creation, which was deported from Iraq by agreement of all,” said the deputy of the Union of Forces, “Raad al-Dahlaki” .

“The opening of such decisions in Mosul at the moment is the start of a suspicious political action and categorically rejected by the Sunni component,” he said. “The people of Mosul are the ones who determine their political destiny.”

Iraqi sources informed that the Quds Force of the Iranian Revolutionary Guard opened military and political headquarters under the cover of the popular crowd on the left side of the city of Mosul The sources explained that the Vice President of the Iraqi Republic, and the Secretary General of the Islamic Dawa Party Nuri al-Maliki, the supervision of these headquarters And supported by funds to win a number of Sunni tribal leaders and citizens within the city.