RIP 1st Lt. Weston Lee, killed by an IED while advising Iraqi forces in their fight against #ISIS in #Mosul. 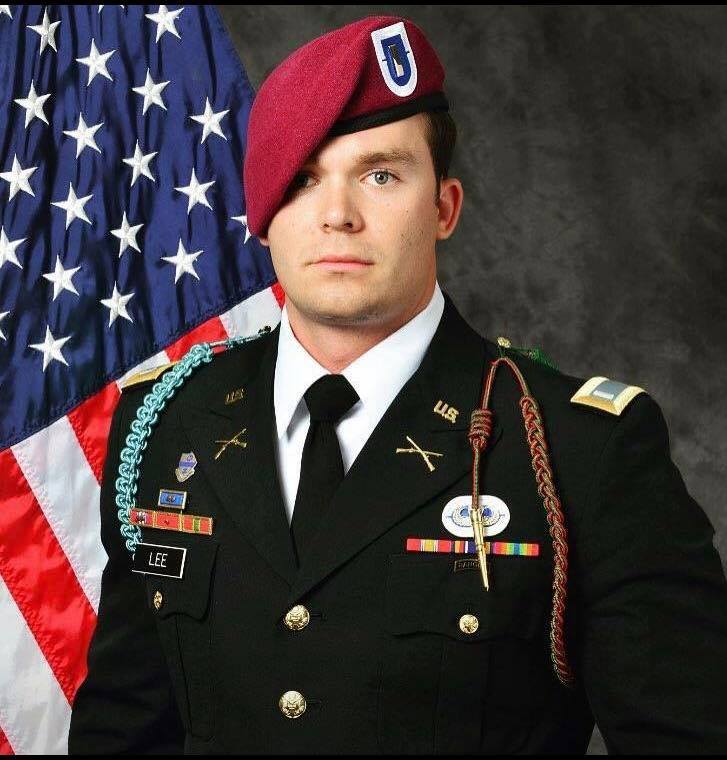 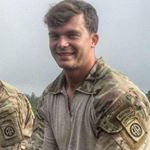 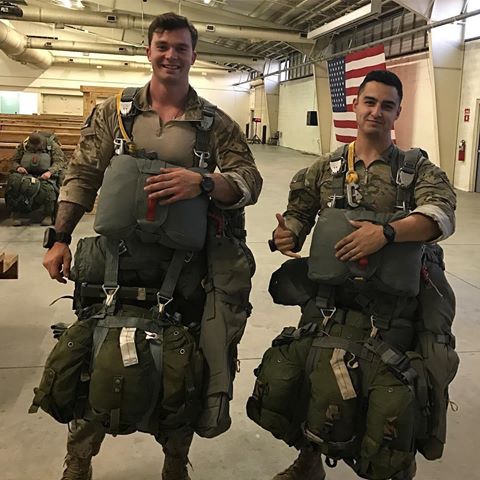 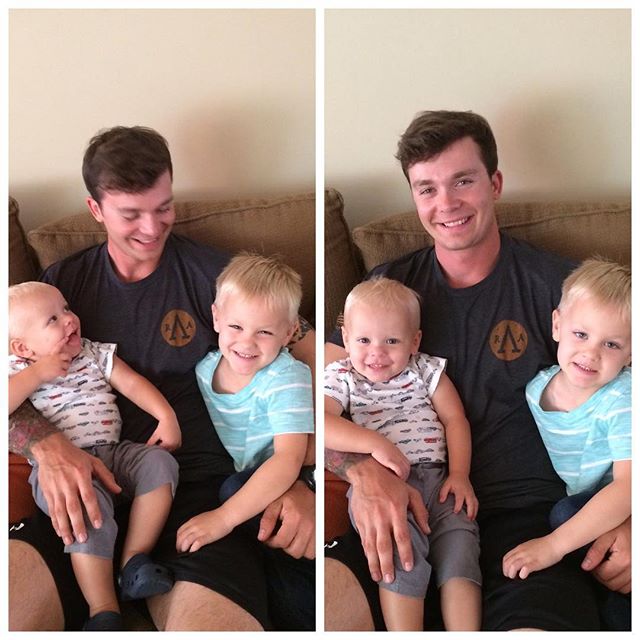 All American  💯Verified account @82ndABNDiv
RIP, 1LT Weston Lee, a PL killed in Iraq by an IED. He was an extraordinary young man. He is forever a member of the AA Family. AATW!

Counting head of the National Alliance, Mr. Ammar al-Hakim, victories of the security forces and the popular crowd, beginning to work on the development of important sectors, including industry, investment

Hakim and the occasion of the International Workers’ Day said in a statement, a statement released by his office on Monday, received the Iraqi transmitter Network (IBN) a copy of it “solve our suitable global workers holiday, and the sons of our dear country of our armed forces in various its different forms and formations, are engaged in the splendor and dignity battles to cleanse our soil of abomination Aldoaash the bad guys, investigators victories victorious, in preparation for roll up our sleeves to compensate for what was destroyed by terrorism factories and infrastructure Aakadin hope our workers brave to advance this important task. ”

“We are on this occasion we call on state institutions and the public sector to revitalize factories and rotate the wheel of production, and we call on the private sector to run factories stalled.” Expressing that Amla “open the doors of investment in the industrial sector wide, calling for the modernization of labor legislation to suit the spirit of the age.”

The Kurdistan Democratic Party (KDP) plans to form a delegation from all Kurdish parties to visit Baghdad again in the next few days to discuss the issue of the referendum on the region’s independence.

No particular date has been specified for the visit.

On April 5th, a Kurdish delegation of the Kurdistan Democratic Party and the Patriotic Party of Kurdistan held talks in Baghdad with the central government officials on the referendum.

The talks tackled the constitutional mechanisms to achieve the Kurdistan region’s right to self-determination, MP Perwan Khilany for the KDP said in televised remarks.

In a joint conference with United Nations Secretary-General Antonio Guterres , Kurdistan President Masaud Barzani said the semi-autonomous district would hold an “imminent referendum on its independence”.

The statements were strongly opposed by Iraqi government officials.

In late March, Kirkuk Provincial Council stirred wide-spread controversy after holding a vote on raising the Kurdish flag above governmental buildings in the oil-rich province.

The move was slammed by the Iraqi parliament that voted against it by a huge majority.

The detainee, 28, is one of ISIS most dangerous terrorists. He planned and carried out a series of attacks against vital facilities as well as police personnel, Ma’an added.

BIG meeting was held today which all the #Iraqi security forces commanders attended to put the final touches on the major assault on #Mosul.

ERBIL—Da’wa Party as the latter keeps “intruding” in the PM’s office, says a Kurdish leader.

An MP also reports that strong measures are taken in Green Zone of Baghdad following the reports of issues between Maliki and Abadi.

Ali Awni, a member of the Kurdistan Democratic Party (KDP)’s leadership council, told BasNews that “there are doubts that some decisions in Baghdad are issued under Maliki’s pressure.”

There is a chance that Da’wa Party may further get divided, especially after [Iraqi Foreign Minister] Ibrahim al-Jaafari quit the party, Awni stated.

KDP leader added there are reports that Abadi may also leave Da’wa Party “as Maliki is “very turbulent and treats Abadi as a subordinate, acting as if he is the prime minister of Iraq.”

Awni noted the Kurdistan Region is “hopeless” with Baghdad because as he explained both Maliki and Abadi are of the same mentality.

An MP from the Kurdistan Islamic Group (KIG) to the Iraqi House of Representatives also expected Abadi to leave Maliki’s party to form a list of his own for the upcoming elections.

Zana Rosatyi said the Green Zone of Baghdad is now controlled by the Iraqi army for fears of any undesirable consequences due to “disputes between Maliki and Abadi.”

10 hours ago
Last updated
The time now is 11:04 AM
Baghdad / Al-Ghad Press:
The Kurdistan Democratic Party (KDP) plans to form a delegation of all Kurdish parties to visit Baghdad again in the next few days to discuss the issue of the referendum with officials in the capital.
“We are currently forming a delegation from all the Kurdish parties to visit Baghdad in the coming days to discuss the referendum on secession,” said Fadhil Mamuzini, the party’s media director. “The time of the referendum is supposed to be on November 7, 2017 “.
The official of the Political Bureau of the Patriotic Union of Kurdistan Mullah Bakhtiar, announced last Wednesday, that the referendum on the independence of the Kurdistan region is scheduled to take place in August or September this year.
It is noteworthy that a delegation from the Kurdistan region, arrived early last month, to Baghdad, and as the delegation began meetings with President Fuad Masum at his home, met with Prime Minister Haider Abadi, and the head of the National Alliance, Ammar al-Hakim.
https://translate.google.com/translate?hl=en&sl=ar&u=http://www.alghadpress.com/&prev=search

[Where – Baghdad]
Ninawa Operations Command confirmed that he will edit the right coast of the city of Mosul , the entire announcement in a very few days Mushir that the joint forces launched a massive operation on Daesh terrorist gangs sites in the western and central axes on the right coast of the city of Mosul.
The commander of Nineveh, Maj . Gen. Najim al – Jubouri in a press release on Monday, ” a few hours of the security services separate to break into the last remaining neighborhoods in the western axis and the incursion in central Mosul to rescue civilians held at the terrorists Daesh in areas that are still under the control of the axis.”
He Jubouri that “rapid reaction forces reached the village of analyte and stationed with the Western anti – terror hub device forces would launch operations during the hours to liberate areas disturbed Mushayrifa and Rifai and July and the carpenter and the remaining districts in the western axis.”
Jubouri said that “federal forces penetrated all neighborhoods of Mosul amid the backing air,” adding that ” the leadership of operations in Nineveh City district will announce the liberation right coast completely within a very few days.”
The commander of the elite forces , Lt. Gen. Sami Arda confirmed to [where] that ” the security forces will beannounced to edit the right side of the city of Mosul during the month,” while stressing the army chief of the team ‘s first corner Othman Ghanimi that the “declaration of liberation Ayman Mosul will take three weeks maximum.
http://www.alliraqnews.com/modules/news/article.php?storyid=61367

Mosul (IraqiNews.com) An official from the paramilitary troops of al-Hashd al-Shaabi has revealed Prime Minister and Commander in Chief of the Armed Forces Haidar al-Abadi’s refusal of the troops participation in liberating Tal Afar town, Islamic State’s major stronghold near the borders with Syria.

In remarks, Jawad al-Tulaibawi, from the Public Mobilization Units (PMUs) said the forces will head toward al-Baaj, after liberating Hatra region, in addition to securing the Iraqi-Syrian borders in order to prevent any supply to IS in Iraq.

He added that Abadi’s orders including liberating Hatra then Baaj and securing the borders, refusing the troops participation in storming of Tal Afar.

Nahla al-Hababi, MP representing the Shiite alliance, said in statements on Saturday that “the Turkish President Recep Tayyip Erdogan delivered a message to Abadi that the Iraqi troops advance toward Tal Afar would mean a similar advance by Turkish troops toward the town too.”

In an TV interview aired in April, Erdogan criticized the PMUs and described them as terrorist entity.

“Who are al-Hashd al-Shaabi? Who is backing them? The Iraqi parliament supports al-Hashd al-Shaabi, but, honestly, they are a terrorist organization, and should be known who stands behind it,” he said during the interview.

On Thursday, PMUs liberated Hatra region after an offensive was launched to Tuesday to free it from IS fighters and cut off the IS routes between Hawija, Mosul and eastern Syria.