{Baghdad: Euphrates News} confirmed the Ministry of Transport on Tuesday that Iraq will receive large sums of money through its global companies {foreign} planes passing through its airspace.
He said the technical agent told Abbas Omran, told {Euphrates News}, “we announced the opening of the atmosphere after the approval of international organizations that have the eastern strip of Iraq ‘s security,” he said . “Economically, it seder large amounts of Iraq and provides international companies a few flight hours and exchange fuel for the aircraft. ”
He noted the need to “provide a sophisticated cadre of air traffic controllers, and we have nearly 250 aircraft can be managed on a daily basis,” he said . ” The air controller works on the timing of the Organization of IATA and relaxes minutes during due once the start of work runs all the atmosphere of Iraq by radar, and this is a great accomplishment The Ministry and the Iraqi government from the international side will be a delight for all international companies Iraq side of the world to fly. ”
” The opening Murar Iraq provides a billion dollars of fuel for aircraft, issue iscalculated accurate calculations by jet fuel,” for sure “our radars and be all Iraqi territory controlled air defense Sunwan with civil aviation ongoing work through joint radars.”
In economic terms, it explained the technical agent of the ministry, said that “each state of certain fees, and we are in Iraq , we are talking about 375 dollars for each aircraft using Iraqi airspace, we will transit will be more revenue for us and we will raise from the shoulders of the state budget.”
He continued, “will use the fees levied to develop the infrastructure to catch the atmosphere completely , ” pointing out “we have a detailed study that a thousand aircraft will pass daily through Iraq.”
The Ministry of Transport, announced last Sunday that next Thursday will see the recovery of air traffic to foreign aircraft transiting over the skies of Iraq, after the opening of the new airline routes passing through the skies of Iraq for the first time since a break in 2014 by a decision of the Organization of American FAA, which is considered { the atmosphere of Iraq} of serious international taboos and within the designated areas Aharb.anthy
http://alforatnews.com/modules/news/article.php?storyid=141829

The Iraqi delegation concluded talks with the International Monetary Fund and the World Bank in the spring meetings in Washington to discuss the financial crisis.

A statement by the Ministry of Finance received by the “Journal News” that “the delegation agreed with the representative of the International Monetary Fund for the Middle East and East Asia Christian Jos at the end of talks chaired by the Iraqi side, the Minister of Finance and the Agency Abdul Razzaq al-Issa and in the presence of the Adviser to the Prime Minister for Finance, From the officials of the Ministries of Finance and Electricity and with the participation of Iraqi Ambassador in Washington Farid Mustafa to complete meetings and joint coordination to contain the difficulties of the financial crisis.

International Monetary Fund representative Christian Jos expressed his optimism about the level of understanding and progress achieved with the Iraqi government, stressing that the steps of coordination and joint consultations, which will be completed in the near term, will contribute to addressing the financial problems imposed by the circumstances of the war and the associated economic effects.

Twilight News / Iraqi official said on Tuesday that Kuwait approved a grant of $ 100 million grant to Iraq to support humanitarian projects and reconstruction efforts in the areas of organization Daesh recovered.

The grant is the first Kuwaiti financial assistance to Iraq since the Iraqi invasion of Kuwait in 1990.

A spokeswoman for the restoration of the Iraqi Reconstruction Fund said officials from the two countries signed a grant agreement in Kuwait on Tuesday.

Said Mustafa Hiti, head of the fund in a statement that the grant agreement encouraging start for further cooperation between Iraq and Kuwait.

The funding aims to rebuild cities and areas recovered from the organization of the Islamic state, which declared the caliphate in Iraq and Syria in 2014.

The war against the organization and affected as well as the decline in oil prices on the Iraqi government’s budget with almost total dependence on oil sales.

Iraqi Prime Minister Haider al – Abadi said on Tuesday during his weekly press conference, “that the bombing of Iraqi areas is unacceptable and we condemn in the strongest terms , ” adding that “no one can hold a referendum if there is no federal decision to initiate it .”

“The Turkish side says that there are fighters from the PKK and the history of the relationship with Turkey on this matter dates back to the 1980s,” said Abadi Hassan, former room for Turkey up to 10 kilometers inside Iraqi territory, but this agreement ended because it was at a certain stage which is a window now. “

“The PKK is a Kurdish movement, mainly in Turkey. It is also present in the mountains bordering the Iraqi-Turkish border, and no one can reach Sinjar from Turkey except through lines controlled by the Peshmerga forces. It is unreasonable for the PKK to move from Sinjar To Turkey, are already present on the Iraqi-Turkish border, and are also located inside Turkey, either to carry out this work in the depth of Iraq in Sinjar, while there is an agreement to deploy an Iraqi army with the Peshmerga forces there with joint cooperation, so this work will not improve conditions, as if he wanted to prevent that there will be a joint security cooperation between the Forces T. Iraqi and Peshmerga forces, so that there will be the entry in the Iraqi rear and causing damage and the fall of the martyrs and wounded Iraqis and this is unacceptable from a neighbor, and condemn in the strongest terms. “

As for the second question of Roudao’s correspondent, it was about Kurdish parties demanding a referendum in Kirkuk. Abadi said: “It is the right of any people to look forward. We are now in one state and partners in this country. Such decisions must have a federal decision for the whole country. I have heard the statements of some Kurdish parties and they require specific conditions. I do not know how to hold a referendum. There is a deep political dispute in the region about the mechanism of the region and the presence of parliament and the opposition. , things should be resolved within the Iraqi presence. “

“I consider the prime minister of all Iraq, and keen on the interest of the Kurds like the Arab, is not in the interest of the Kurds separatism, not an economic, political or national interest, and many Kurdish leaders know it, but some do not dare talk about it, To the Kurdish brothers as Iraqi citizens, and I fear that they lose all the achievements made during the past years, there are wrong decisions in history for short-sighted accounts lead to retreat, I hope their calculations are correct, the closest thing to them is Iraq and they are part of Iraq. 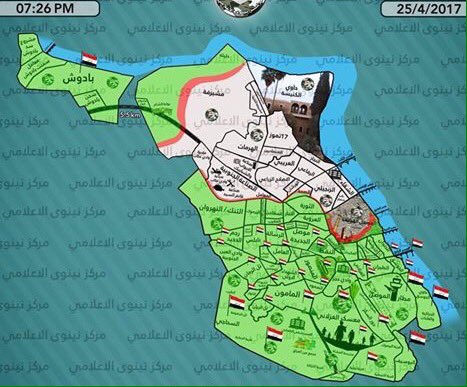 2 hours ago
Last updated
The time now is 08:03 PM
Baghdad / Al-Ghad Press:
The Council of Ministers decided on Tuesday to vote on the first amendment of the amnesty law and agreed to allocate a sum for the purpose of the completion of the project of the metal silo in Shatrah from the contingency reserve allocations and to be attached to the Karbala metal silo.
“The Council of Ministers held its regular session on Tuesday under the chairmanship of Haider al-Abbadi. During the meeting, the cabinet was briefed on the progress of the battle for the liberation of Nineveh, the right side, in addition to a report on the numbers of displaced people and the measures taken to provide them with services,” the council said in a statement. The Council of Ministers discussed the Turkish air strike, where the Council of Ministers condemned the Turkish air attack on Iraqi territory in the Sinjar area, which caused the occurrence of Iraqi victims. This constitutes a serious violation of Iraqi sovereignty, which contravenes the provisions of international law and the principles of good neighborliness. This unjustified excess, which could lead to escalating steps that affect the efforts of Iraq and the international community in the war against terrorism. “
He added that “the first amendment to the law of amnesty was also voted on, and later on the decision of the 59th Cabinet, which included the creation of 430 degrees for the employees of the Wasit thermal station, the Cabinet decided to approve the Ministry of Finance to create 287 degrees of excellence for the contractors in the production and transport sectors And distribution to the Ministry of Electricity for their contribution distinctly in the return of electricity to the province of Nineveh, provided that the standards of differentiation are met.
The statement added that “it was agreed to allocate an amount for the purpose of completion of the project of the metal silo in Shatrah from the allocation of contingency reserve and attached to the Karbala metal silo, and discussed the treatment of the subject of the property of the General Company for Central Markets and to take advantage of them and was taken guidance in this regard, The real consumption of electricity in the various departments of the state and mechanisms to stop waste. “
He pointed out that “it was approved to secure the financial liquidity to support hospitals in the city of medicine and Basra Specialist Hospital for children and treatment of cancerous diseases,” noting that “took a decision to implement the Social Protection Act No. 11 of 2014 in the liberated provinces, and discussed the facilitation of lending procedures for industrial and agricultural projects And the presentation of the report of the Ministry of Oil to extinguish the oil wells. “
http://translate.googleusercontent.com/translate_c?depth=1&hl=en&rurl=translate.google.com&sl=ar&sp=nmt4&tl=en&u=http://www.alghadpress.com/news/99895/Alghadpress&usg=ALkJrhhVVIkw6ntO9sVRFCgnKunGkZPMDg

He said Chief of Staff Major General Jamal forces Alپeshmrگh Aamenki on Tuesday, in a press statement, the United States set a date for the training and arming the two brigades of the first and second Alپeshmrگh forces, pointing out that the process will take place during the next year.

He said that America had decided long ago to do training and arming the two brigades mentioned and secure all Mstelzmathma.

He noted that the date of the preparation of the two brigades by the US side has identified and be early next year 2018 and includes preparing the training program and the arming of these two brigades.

And it deliberated media Persian and Arabic recent news near the end of the duration of the protocol signed between the Kurdistan and America region in order to help پeshmrگh Kurdistan forces, but the secretary-general of the Ministry of Alپeshmrگh in the Kurdistan Regional Government denied the news and said that the United States has increased the pace of aid to his ministry.