He called on Parliament Speaker Salim al-Jubouri, Sunday, to conduct a comprehensive national reconciliation, stressing that the Iraqi forces have achieved major victories in a record time zone.

Information Office of the Jabouri said in a statement / balance News / received a copy of it, “House Speaker Salim al-Jubouri, received in his office today, private international alliance of US President’s envoy Brett Macgork.”

The statement added that “the meeting during which they discussed security and political situation in Iraq and the region and the war against terrorism, cooperation and coordination between Iraq and the international coalition led by the United States, which has led to significant results, notably the defeat al Daesh terrorist.”

He said al-Jubouri, according to the statement, that “the Iraqi forces, with all its different forms and configurations achieved within a time zone record a major victory on the organization Daesh and managed to defeat it, and his days are numbered on the land of Iraq.”

And between, that “the circumstances Day is an occasion to hold a comprehensive national reconciliation, but what makes those conditions more suitable is to re-displaced people to their homes and building them up and make them more stable and secure,” pointing to “the importance that the international community has a major role in supporting Iraq in this regard.”

For his part, Macgork stressed that “the continuation of international support for Iraq in its war against terrorism and in support of relief and humanitarian issue.”

He added, “The United States is keen to support in restoring security and stability to the areas that has seen tensions due to the presence Daesh terrorist gangs” .anthy 29 / A 43

Central Bank of Iraq, said Sunday, agreeing to postpone the opening of remittance companies in Baghdad and the provinces, noting that the decision applies for the years 2017-2018.
The bank said in a statement received “Economy News”, a copy of it, it is “based on the Bank’s Board of Directors’ Decision No. 39 of 2017, it was decided to postpone the granting of consent to approve the opening of branches of companies remittance in Baghdad and the provinces for the years 2017 to 2018 plan.”
The bank added that “the decision exclude companies that complemented converted into an Islamic bank requirements.”
http://economy-news.net/content.php?id=6881

Detecting Member of Parliament Jassim al-Bayati, Sunday, that the government has challenged a number of paragraphs of the 2017 budget, notably the allocation of the Peshmerga.

He said al-Bayati, L / balance News /, “The government has challenged a number of paragraphs of the budget year of 2017,” noting that “the most prominent of those paragraphs Peshmerga salaries and some materials that carry financial implications in the budget of the government law.”

He added, “As for paragraph deductions staff, Parliament has the right to increase the percentage reduced, but the government has challenged them because the budget is calculated on the slate monitoring of money due to taxes and deductions and other funds,” adding, “The deductions of employees was 4.8, but the parliament reduced to 3.8 this may be outside the government accounts. “

He noted that “the Peshmerga allocations accounted for 17% of the allocations of Iraqi ground forces, but the increase occurred in the allotment when the law was amended and enacted.”

And he confirmed the existence of “Other passages carry financial consequences for the government has been challenged by the” .anthy 29 / D 24

Foreign Minister Ibrahim al-Jaafari, said on Sunday that Iraq’s need for a project similar to the Marshall project, which contributed to the construction of Germany after World War II, while noting that Iraq’s refusal to intervene in Turkish territory, but stuck to the relationship with her.

Jaafari said the Office of the ‘Foreign Minister Ibrahim al-Jaafari met Bert Makourk special envoy of the US President, Donald Trump and the forces of the international coalition to fight Daesh, and his accompanying delegation’, noting that ‘During the meeting, they reviewed the conduct of military operations against Daesh gangs terrorist, big victories achieved by the children of troops Iraqi armed Besnovha all in their war against terrorism and the support of the international coalition, and friendly countries to Iraq. ”

The al-Jaafari during the statement, that ‘Iraqis continue to sacrifice for a full liberalization of their land from the grip of terrorists Daesh’, adding that ‘what has been achieved great achievements, and development in the war against terror was Iraq’s efforts heroes who gave their blood in defense of their country, and on behalf of the countries of the whole world and peoples of the world the right to be proud of what has been achieved victories against terrorism ‘.

He added that ‘Iraq demanded in 2014 the United Nations and the international community need to support the three ranges instant by providing air support and cooperation of intelligence to counter terrorism, and the average of the provision of the necessary for families displaced supplies, and run through the reconstruction of the infrastructure of Iraq in the post Daesh eliminate the gangs’, pointing out that ‘Iraq is in need of a project similar to the Marshall project, which contributed to the construction of Germany after the second World war to contribute to the achievement of security, stability and reconstruction, and economic development’.

He called on al-Jaafari, the whole world that the ‘stand respectfully and fairly for the sacrifices of the people who made a large number of his sons, and faced terrorism, and defeated him’, adding that ‘today’s war on terror is not a land war, or political interests, and economic, but it is a war against human Wherever It was’.

He explained that ‘Daesh gangs were not born in Iraq, but they came from abroad, and for everyone to work, and coordination; to ease the crisis in the region; to prevent the emergence of new terrorist groups’, adding that’ any tension in regional relations would provide a favorable climate for the work of terrorism and increased its effectiveness, and that we, despite our refusal of the Turkish intervention in Iraqi territory but our commitment to the relationship with them and the Security Council should put this fact in front of his eyes, which we reaffirmed in 2015 in the Turkish penetration in Ba’shiqah ‘.

Jaafari and pointed out that ‘the strategic framework agreement signed between Baghdad and Washington, including many areas of cooperation, and the exchange of common interests and face common dangers, and we have to work on activated’.

#Iraq‘s army and Hashd have dealt a huge blow to Da’ish west of #Mosul. Badush was an escape route Da’ish terrorists planned to use to evac. 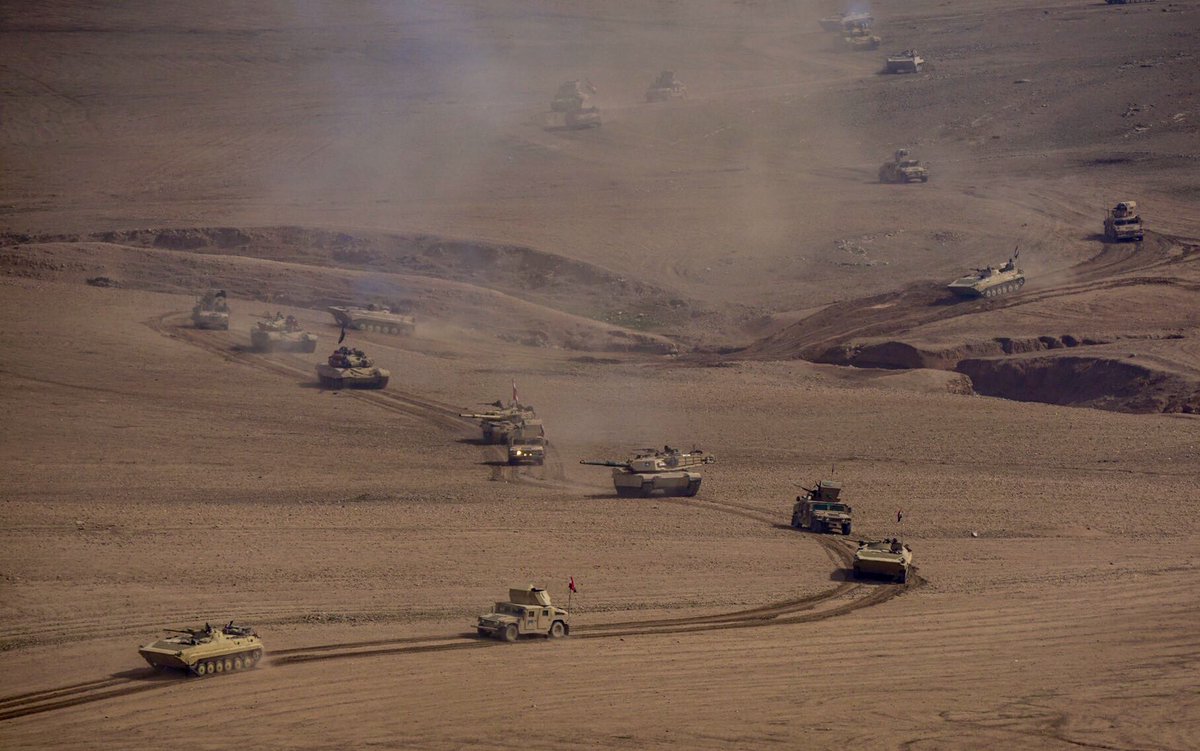 IMPORTANT: Reports that 600 US troops recently arrived in ‘Ayn Al-Asad AB in western #Iraq “in secret” and under heightened security. 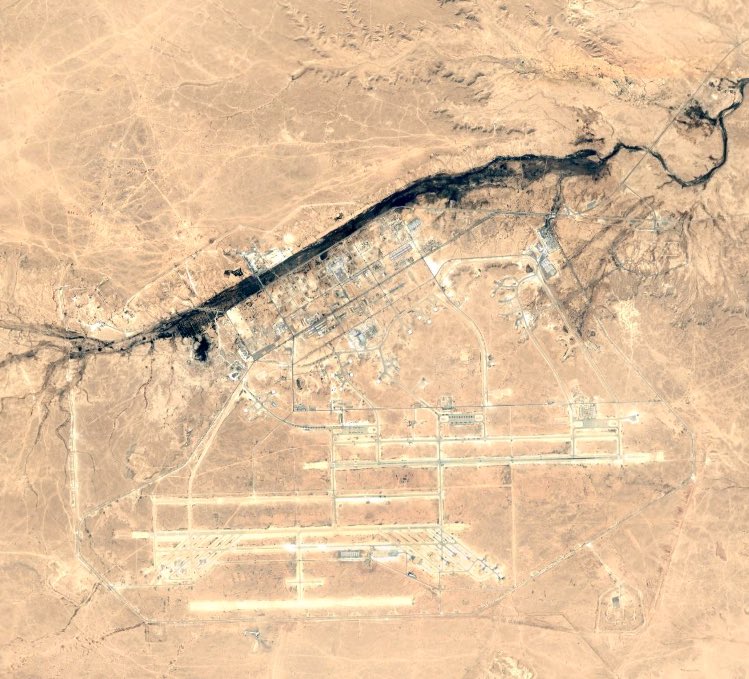