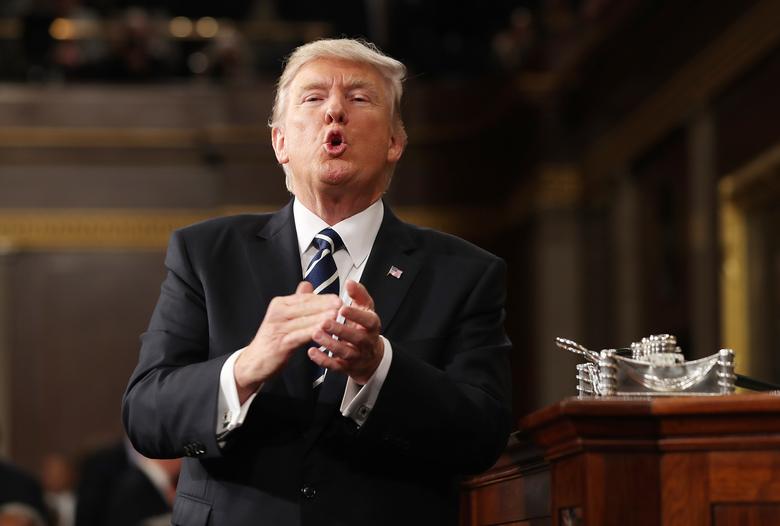 US President Donald Trump reacts after delivering his first address to a joint session of Congress from the floor of the House of Representatives iin Washington, US, February 28, 2017. REUTERS / Jim Lo Scalzo / Pool

WASHINGTON President Donald Trump’s new immigration order will remove Iraq from the list of countries whose citizens face a temporary US travel ban, the Associated Press reported on Tuesday, citing unnamed US officials.

Four officials say the decision follows pressure from the Pentagon and State Department, the AP reported. They had urged the White House to reconsider Iraq’s inclusion given its key role in fighting the Islamic State group, it added.

Trump is expected to sign the new order on Wednesday. An earlier order was blocked by federal courts.