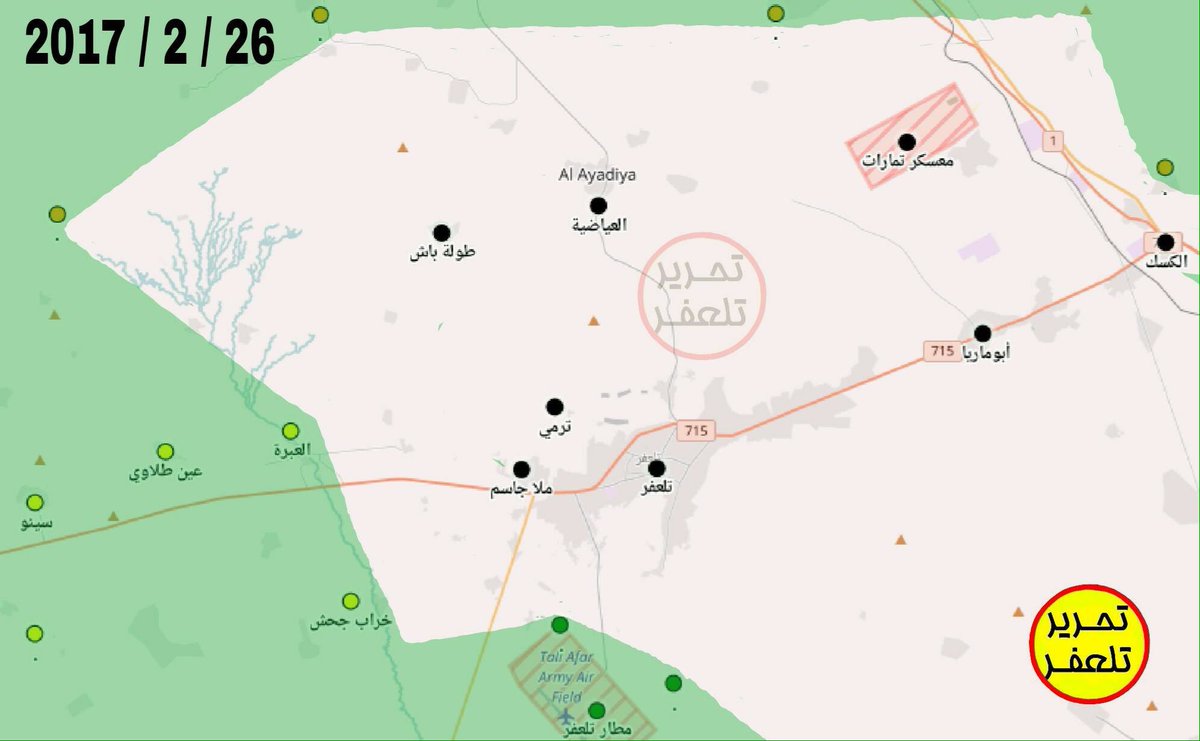 104+ Da’ish militants killed over the last 24hrs by #Iraq‘s Federal Police in the Tayaran, Jawsaq, Wadi Hajar and near the 4th bridge. 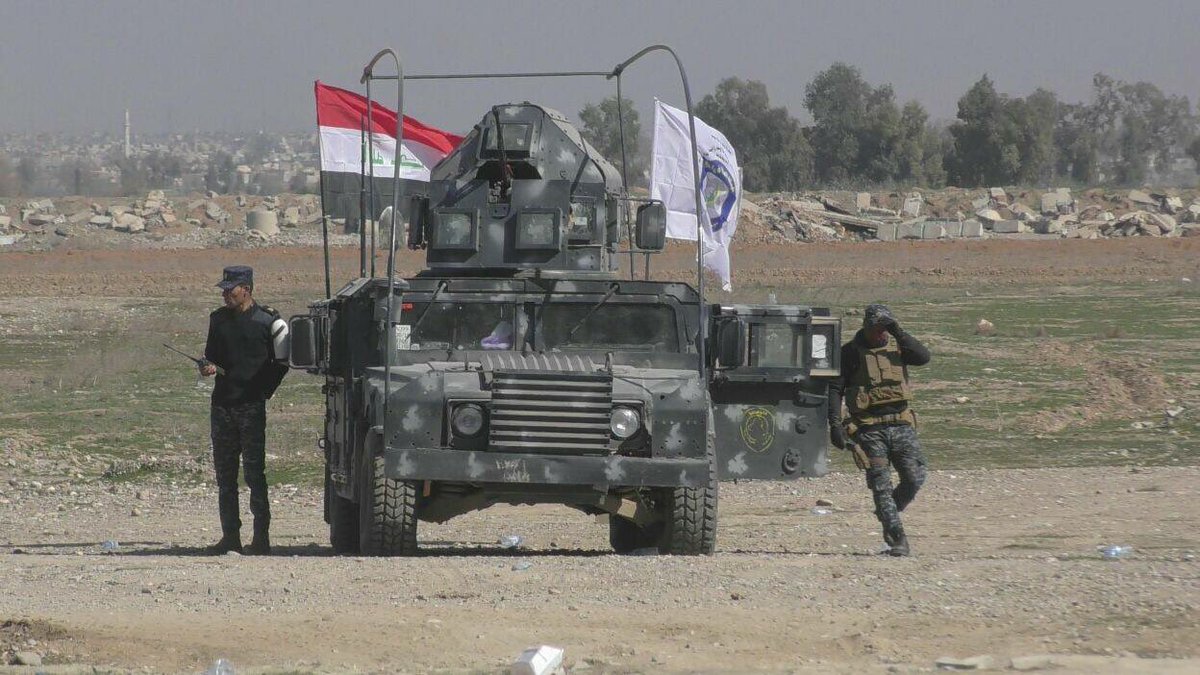 A source at the Federal Police, on Sunday, for the control of security forces on the largest oil smuggling points to Daesh Mosul, and to impose control on the entrance of the fourth bridge that connects the left and right coasts of the city.

Said Capt beauty cream to correspondence (Basenyoz) that: “The security forces have gained control of the Aharakiet area, which is the largest Daesh points for the smuggling of oil from the south to Mosul areas outside the city.”

He added that security forces seized control of the entire region following violent clashes which killed about 16 Daashaa, as well as the injury of others. “

He pointed out that: “anti-terrorism forces took control of the entrance to the fourth bridge from the south bank of the connector, which connects the left and right coasts.”

Iraqi forces continue to edit the western part of the city of Mosul, the process of penetrating a gradual and orderly in various neighborhoods and housing complexes in the face of Sunni Islamist al Daesh.

With the intensification of fighting between the two sides Civilians continue to flee from their homes and flee to safer areas. Which oversees anti-terrorism device to help these people and get them to safety, where the reception was held in the camps for the displaced.

General Abdel-Wahab al-Saadi said the Iraqi commander of the anti-terror apparatus that “there is a process of displacement of civilians, especially in the safe neighborhood of Tel pomegranate and Tel Al-Rayyan, and be evacuated via the safe passage towards the background areas to move them around the refugee camps.”

And amid concerns over the deterioration of the humanitarian situation in areas west of Mosul, one of the displaced, said Dinh, speaking for Daesh right militants practices, that they made them as human shields four months ago As the troops and put them in front with their families and their wives, and they left their property.

The United Nations estimates the number of civilians in the western neighborhoods of the second Iraqi cities by about 750 thousand people, warning that 400 thousand of them may be displaced by the fighting and aerial bombardment.

Rasheed Bank, announced Sunday, all put a plan to open branches in the liberated areas, in addition to the rehabilitation of other branches in Baghdad and the provinces.
The bank said in a statement that “the economy News” received a copy of “The Director General of the Rasheed Bank Rashad Khudair a single face of the rehabilitation of bank branches in Baghdad and the provinces,” he said, adding, “it was the completion of the rehabilitation of 12 banks in Baghdad as a first stage, and in line with the reputation and the location of the bank “.
He added that the bank “will be the introduction of modern, advanced to provide the best services and the inclusion of all branches rehabilitation techniques to be fit for customers.”
He stressed that “the bank promising preparing to reopen its branches in the liberated provinces, noting that” it is in line with the reforms announced by the government. “
http://economy-news.net/content.php?id=6790

[Oan- pursue] The
Oil Ministry announced that her country Iran is seeking to put up bonds denominated in Rial and foreign currency worth up to $ 4.5 billion by March 2018.
The Iranian government wants to attract foreign investors after the lifting of sanctions on Tehran.
Iran has not seen any issues international bonds since the Islamic Revolution in late 1979.
He said the oil ministry website that Iran ‘s parliament on Saturday approved a clause in the Iranian year budget , which begins on March 21 , allows the Ministry of Petroleum bond offering three billion dollars denominated in Rial and hard currency.
He explained that under the last item in the new budget was approved on Saturday , the ministry can issue up to $ 50 trillion rials [$ 1.5 billion of bonds.
According to the text of the draft budget is used amounting to three billion dollars in bonds to pay off debts of the ministry and the list of bond projects amounting to 1.5 billion to finance oil and gas projects.
http://www.alliraqnews.com/modules/news/article.php?storyid=58838