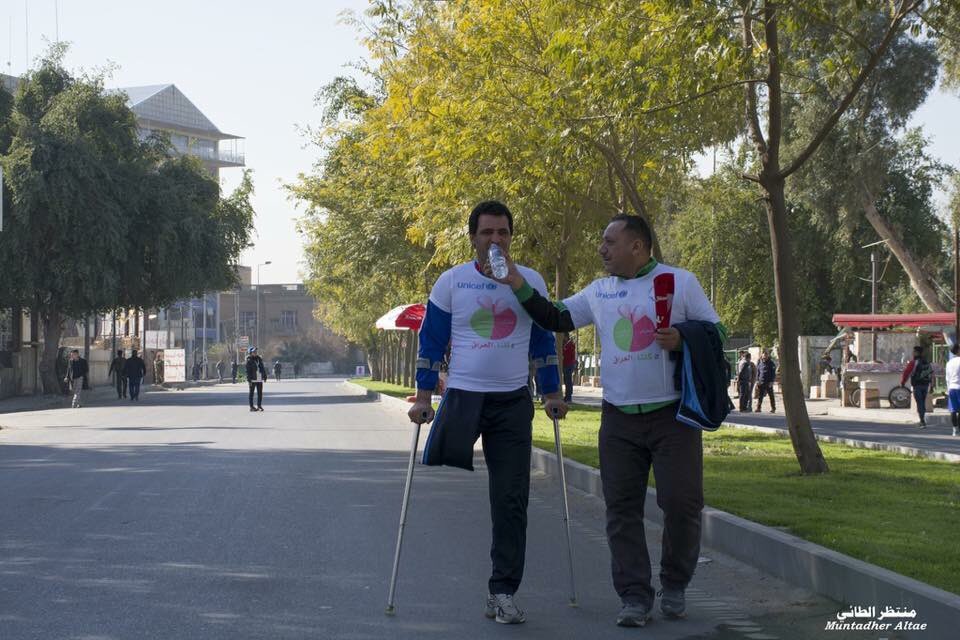 suggest that the National Alliance delegation to the President of the Kurdistan region , Massoud Barzani, on Saturday, the formation of a joint political committee to address the outstanding issues between Baghdad and Erbil.

Keywords and added that “there are issues that need to dialogue and understanding and treatments of a constitutional nature , ” asserting that “we talk with an open heart.”

For his part, the spokesman for the Iraqi Islamic Supreme Council of Maaleh Hamid said during the conference that “national reconciliation draft paper rescue the current situation and are based on the fact that the situation in Iraq suffered from vibrations.”

Maaleh He pointed out that ” the project is a securities touched the problems of Iraqis, and able to provide all the ingredients leaves out legislation.”

And reached the National Alliance delegation led by Ammar al – Hakim on Saturday to Arbil and met with the President of the Kurdistan region , Massoud Barzani also met with Kurdish parties held there.

“The training inside Iraq is modest, but it is scalable, and I believe NATO both can and should do more,” NATO Secretary General Jens Stoltenberg told the Wall Street Journal. “This is a start, and then we will assess, work with allies and look at what more we can do.”

A team of 10 NATO officers are permanently stationed in Iraq. In addition, small teams will rotate into the country for specific training programs. They will initially train 30 Iraqi soldiers in countering the threat of IEDs who will then take the knowledge back to their units, the Journal reported.

NATO has already trained hundreds of Iraqi officers in Jordan; the move into Iraq is to expand that existing program, Stoltenberg said last December, noting that “building local capacity” was essential as ISIS is defeated in the country and Iraq will face the challenge of holding the regained territory.

[Where – Baghdad] the
international coalition forces led by the United States 38 raid on a terrorist Daesh gangs in Iraq and Syria sites during the last 24 hours.
The central leadership of the operations of the international coalition in a statement Saturday it had carried out seven raids targeted Daesh sites in Iraq near areas of Hawija, Erbil and Mosul.
He said it carried out 31 raids against Daesh sites near Abu Kamal in Syria and door areas and Raqqa and Idlib.
http://www.alliraqnews.com/modules/news/article.php?storyid=57872

{International: Euphrates News} announced the US State Department on Saturday, it will be allowed for people who hold valid visas to travel to the United States, an obligation by virtue of a federal judge in Seattle stopped the Executive Order issued by President Donald Trump.
A statement issued by a ministry official, “we retreat from the temporary suspension of visas and people who hold visas they have not been canceled can travel if applicable.”
Earlier Saturday, described Trump ‘s decision to suspend his decree that temporarily prohibits the entry of the citizens of seven countries, as “ridiculous.”
US President wrote on “Twitter” in a series of Tweets morning the day after thedecision: “This is what is called the judge, which deprives our country of law enforcement opinion, is ridiculous and will be canceled.”
Trump confirmed that the judge ‘s decision will display the country ‘s “big problems”.
The court issued a Seattle, Washington, on Friday, a decision to stop the temporary work Trump ‘s decision to suspend the executive exodus of refugees and visitors from seven countries , most of the population are Muslims, are Iran, Syria, Iraq, Sudan, Libya, Yemen and Somalia.
After this decision, the US Customs and Border allowed to re – issuance of visas to those affected by the decision of the US president.
The court stated in its decision to pause in the application of the Pan American States.
The temporary restraining order, issued by Judge major challenge for the president ‘s decision, although he still can manage to appeal the verdict .anthy
http://alforatnews.com/modules/news/article.php?storyid=138226

The head of the National Alliance, Mr. Ammar al-Hakim during his meeting with the President of the Kurdistan region, Massoud Barzani, to the mosque and reassuring project preserves the rights of all to overcome the challenges of the post-Daesh.

The presidency of the coalition said in a statement I followed / balances News / Saturday, he said that “the two sides discussed during the meeting in Arbil today, developments in the political and security situation and the war on Daesh, and ways to strengthen the region relationship with the central government in Baghdad and overcome all the problems and differences.”

The statement said, “The two sides discussed developments in the political and security situation and the war on Daesh, and ways to strengthen the region relationship with the central government in Baghdad and overcome all the problems and differences.

The two sides, according to the statement, “Iraq’s need for a draft omnibus reassuring and preserves the rights of all to overcome the challenges and secretions post Daesh terrorist.”

He said the leadership of the coalition of citizen Fadi al-Shammari balances News that “the National Alliance’s delegation arrived in Arbil for a series of talks with officials of the regional government in the framework of communication with the Kurdistan region of Iraq.”

“The visit of the National Alliance delegation, headed by Mr. Ammar al-Hakim, in Kurdistan, come for dialogue, consultation and discuss and exchange views with partners in the homeland around the post Daesh gangs of terror, and that al-Hakim will be meeting in Arbil and Sulaymaniyah with the various forces of Kurdistan and will put everyone in the image of the national settlement project as well, to emphasize the importance of cooperation and understanding and work to protect the political experience and the democratic process, that carry our people in all factions, and its components great sacrifices in the process. ”

He added that “This visit has great strategic importance because the Kurdish forces and the coalition forces have a strategic cooperation in the opposition stage, and in the stage of building the state after the fall and today bear a moral imperative in the sustainability of the political process and to correct its tracks.”