By HEVIDAR AHMED 2 hours ago

Neither Baghdad nor Erbil is likely to abide by the 2017 budget bill, said Fazil Nabi, Iraq’s Deputy Finance Minister. “Both are now convinced that it is better for each to financially run itself independently,” he argued.

Khandan – The US Secretary of Defense Ashton Carter, said that the ongoing operation against al “Daesh” terrorist in the city of Mosul, is going as planned, considering the days the terrorist organization in the city “are numbered.”

Regarding the situation in Raqqa, Carter said that “tens of thousands of local fighters are now just 20 kilometers from the city, and impose the blockade it.”

Carter explained that the US Special Forces elements in Syria, with the support of local forces that are trying to control the tenderness.

Carter said , “I can not speak for the next US administration, but I am sure that the United States and military power, will continue as a key partner in this campaign, given the results we have achieved, and the strength of the international coalition.” 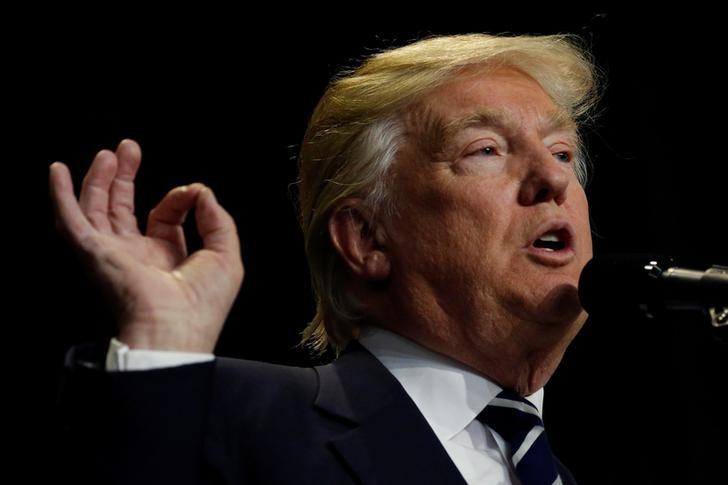 In a telephone call, U.S. President-elect Donald Trump told Vietnam’s prime minister he wanted to further strengthen fast-warming ties between the two countries, the government of the Southeast Asian nation said on Thursday.

Vietnam has advanced ties with the United States to a new level under the Obama administration as it faces down communist neighbor China’s challenge to its territorial claims in the busy waterway of the South China Sea.

During Wednesday’s conversation, Vietnamese premier Nguyen Xuan Phuc congratulated Trump on his election win and stressed the importance of maintaining friendship and cooperation.

“President-elect Trump spoke highly of the achievements of Vietnam, as well as the positive developments in bilateral ties,” Vietnam’s government said on its news website.

“He also asserted his wish to cooperate with Vietnam to accelerate the relationship between the two countries.”

Trump has had conversations with several leaders of countries locked in maritime disputes with China, among them Japan, the Philippines and Taiwan.

His trade platform runs counter to Vietnam’s interests, however, with his opposition to a Trans-Pacific Partnership proving a major setback for Southeast Asia’s biggest exporter to the United States.

In a statement, Trump’s transition team confirmed the conversation, saying the two men “discussed a range of shared interests and agreed to work together to continue strengthening the relationship between the two nations”.

Just days after Trump’s win, Phuc told parliament that ratification of the TPP would be shelved because of political changes in the United States, but Vietnam still wanted good relations with Washington.

In a separate development, a U.S. guided-missile destroyer, the Mustin, visited Cam Ranh international port on Thursday in a routine technical stop, the U.S. embassy said.

The ship’s visit was “an example of the depth of our comprehensive partnership and the importance of strengthening our civilian and military ties,” said U.S. Ambassador Ted Osius.

in Asia. Washington fully lifted a U.S. lethal arms embargo on Vietnam in May, allowing closer defense links and some joint military exercises.

(Reporting by My Pham in HANOI; Additional reporting by Steve Holland in WASHINGTON; Editing by Clarence Fernandez)

The President of the Kurdistan Regional Government, Nechirvan Barzani, said Thursday that the Kurdistan region is preparing to conduct a dialogue with Baghdad over the future of Kurdistan, noting that there is an understanding from Baghdad in this regard.

Barzani said in a speech during the independence of Kurdistan Conference organized by the American University of Dahuk and attended by Alsumaria News, “we are preparing to conduct a dialogue on the future of the relationship between Baghdad and the Kurdistan region with the federal government,” noting that “the dialogue will start in the post-war against Daesh.”

Barzani said he “turned for a positive understanding from the federal government and some Iraqi political parties in this regard,” noting that “Baghdad will remain a strategic depth for the Kurdistan region.”

He said Barzani “We Anrgb finding Iraq’s problems,” explaining “we worked a lot during the last period for Iraq’s reconstruction.”

Barzani stressed that “the internal problems in the region is not an impediment to the process of independence,” explaining that “the Kurdistan region of stability factor in the region.”

It is noteworthy that the Kurdistan region is witnessing from time to time calls for the declaration of an independent state of Kurdistan by activists and political parties, however, these claims have not formalized to prepare for the establishment of a Kurdish state.

Barzani is ready for dialogue with Baghdad and confirms that the problems will not constitute an obstacle to independence follows ..

Khandan – expect Kuwait ‘s oil minister Issam Al – Marzouq on Thursday, said the rise in oil prices to reach $ 60 a barrel in the presence of positive indications about the oil states ‘ compliance with the recent agreements to cut production levels.

Quoted “Agence France Presse” for Marzouq said: “We expect that prices will be between 50 and 60 dollars per barrel reduction starts when the agreed” in January.

“We expect that the price up to $ 60 later and we hope to keep it. For us, the price is good and keeps the quotas OPEC (Organization ofPetroleum Exporting Countries) and non – OPEC countries “, noting that the price of a barrel of oil currently stands at $ 50.

Announced Qatar, the UAE and Kuwait during the past few days its commitment to cut production with the beginning of the year 2017

saw Marzouq statements that oil -producing countries around thecommitment to reduce production , “promising”, a summer resort that the secretary – general “OPEC” Mohammed Sanusi Barkindo will visit Kuwait next month to discuss the mechanism for monitoring theproduction.

Kuwait was chosen to chair a committee to monitor the Member States ‘ commitment to the decision to cut production. Kuwaiti minister said the extent of commitment to implement the agreement “will become clear , ” next month.