Bartila, Iraq (Reuters) – General Abdel-Ghani al-Asadi said the Iraqi commander of the anti-terror apparatus, who leads the attack to regain Mosul, a stronghold of the “Islamic state” that his forces have gained a foothold in the city faster than expected.

Asadi added that if his forces have made further progress, they may be trying to invade the eastern half of the connector until the Tigris River with getting around some neighborhoods.

“Reuters” reported the site to drive east of Mosul that if the leadership wants to accelerate the pace of military operations, they have no control over some areas, and will instead isolate them to prevent movement which would reduce the time needed to reach the eastern bank of the Tigris River.

Asadi speculated that withdrawing fighters of the “Islamic state” to the stronghold of the group in the West Bank of the river.

He said that the defenses of militants in eastern Mosul seem so far weaker than it was in the city of Ramadi that Iraqi forces restored late last year.

He added, “instead of the days that we previously set aside for these battles, it ended in just a few hours,” referring to the towns and villages have been restored in the past two weeks.

Asadi said that the three teams for a counter-terrorism targeting 38 alive in parts of the eastern half of the connector.

Iraqi and Kurdish forces and also advancing toward the city from several directions, but the eastern front has seen faster gains in the attack was launched less than three weeks, with support from the US-led coalition provides air support and guidance thick on the ground.

Earlier this week, anti-terrorism forces penetrated the eastern border of the connector last major Iraqi city under the control of the “Islamic state.”

But since then, it has made little progress deep into the city.

It remains the western side of Mosul, open to a large extent on the vast desert leading to Syria, which is still fighters “Islamic state” can be accessed in small numbers.

He informed the Abu Bakr al-Baghdadi, leader of the “Islamic state” followers earlier in the day that it does not fall in “all-out war” against the forces fighting organization.

Reports said that the militant group blew up a bridge between the two parts of the city to prevent its fighters from the abandonment of the eastern neighborhoods.

Like Loading...
About 1,700 soldiers from the 82nd Airborne Division will deploy this winter to Iraq, the Army announced Thursday.

Solders from the 2nd BCT, 101st Airborne Division, of Fort Campbell, Kentucky, have been in Iraq since the spring.

“The 2nd Brigade Combat Team is highly trained, disciplined and fit,” said Col. James “Pat” Work, commander of 2nd BCT, 82nd Airborne Division, in a statement. “Readiness is our top priority. Our paratroopers are prepared for this deployment in support of Operation Inherent Resolve. Our team looks forward to this important mission and our opportunity to assist our Iraqi partners.”

A member of the State of Law Coalition MP Ali Keywords, if the political blocs nominations received by Prime Minister Haider al – Abadi on the vacant ministries did not get the full conviction of Ebadi, pointing out that the absence of the defense and interior ministers did not affect the battle against Iraq Daesh.

He explained Keywords Agency Republic News n “ministries that are run by proxy and other ministries vacant stable and the advanced cadres good position ministries manage efficiently, but that it was necessary new ministers inauguration, but the Prime Minister Haider al – Abadiis still trading with the political blocs on the new candidates for the ministries, in what looks like the Abadi is not convinced so far nominations blocs, but take the time to choose the best of urgency. “

He continued that ” the military operations conducted by the security forces in all its different forms were not affected by the absence of the defense and interior ministers , but the Prime Minister is trying to deliver the two ministries to the two professionals and technocrats , ” pointing out that “the Ministry of Defense ran her four nominations for coalition forces and more than six nominations from the National , as well as nominations figure reached Abadi, this certainly delay the resolution of the next name of the minister of defense.

WASHINGTON (AFP) – A spokesman for the international coalition led by Washington on Thursday that the organization of the Islamic State leader Abu Bakr al-Baghdadi lose control of his fighters with the arrival of Iraqi troops to the outskirts of Mosul, he said.

And the dissemination of regulation Thursday recorded message to Baghdadi, which calls for fighters to survive on the battlefield.

Colonel John Dorian, spokesman for the international coalition, which has waged raids on the jihadists in Iraq and Syria, it has not been validated Date but “obviously” they are trying to communicate with their fighters.

He said via video conference from Baghdad, said the recorded message “Trying to connect with their fighters (…) one of the important things that we observed according to the English translation of the words of al-Baghdadi, + not Taatqatloa in between you. ‘”

“That’s what the commander says to lose control and the ability to assemble his forces. We do not believe that it will succeed. Rumors about the health of the leader of the Iraqi jihadists and apply his movements but his whereabouts were unknown. “

“If we knew where he is, because we killed him on the spot.”

He said there were reports of escaped its fighters in Mosul, adding, “There are people who are leaving their positions or trying to escape,” and they are doing so, “the liquidation of people.”

The US Defense Department said extremist organization capabilities on advertising have fallen dramatically due to the raids that led to the deaths of a number of its leaders and its funding sources dried up.

In June 2014, just days after the invasion of jihadists vast areas of Iraq, appeared in Mosul, al-Baghdadi said “Caliphate” set up in the areas occupied by the organization in Iraq and Syria.

Today Fbataat Iraqi forces on the outskirts of Mosul, the last major stronghold of the organization in the north of the country.

Baghdad …
Banking expert and member of the World Union of Arab Bankers Samir Nasiri said in an interview to agency economy Uzmund two renewed media campaign new old against the Central Bank of Iraq and accused him of negligence and assistance on money laundering and dollar smuggling outside Iraq is clear that this campaign behind a political goal to turn the eyes of the people for victories achieved by our military and our security forces and the popular crowd and the sons of the tribes
The Iraqis are brave and they liberate Mosul from the clutches of terrorism Aldaasha The strange topic to share some parliamentarians Giralmokhtchin economy to promote the campaign, where said yesterday some of them statements of some of the channels that the reserve currency in foreign currencies has fallen Bcespb smuggling to $ 40 billion and Alakharicol that the reserve has dropped to less than 40 Milirdolar will become zero soon and the other says that the foreign reserves was $ 500 billion and all these are shaded and incorrect figures indicate a lack of knowledge and competence of the time when Iraq needs every effort to support the national economy and the blessing of the central bank’s efforts and procedures carried out by a day in order to support and assist the government to overcome the crisis economic and financial Stranglehold
He Alnasiri that the parliamentary and media specialists in economic affairs through the eyes Evaluative of the path of the central bank since 2003 until the present time he has been able to limit the hyper-inflation and decrease it from 36 percent to 1.6 percent and to keep a balanced price to the price of the Iraqi dinar exchange rate against the US dollar despite the economic fluctuations The political, security and interventions of speculators as well as being able to foreign exchange reserves currently building reached $ 50 billion, which is sufficient in accordance with the international standard criteria cover the Iraqi dinar and cover imports for a period of more than six months. And Aukd Alnasiri over the past two years, the central bank has made great efforts in supporting the national economy by protecting existing Astqlath terms of cooperation with the government to continue to pay employees and pensioners with the world that oil revenues monthly not enough to pay 50 percent of them, as well as payments to contractors and farmers, through the issuance of government bonds and procedures sound monetary He also worked on the support of the government and private Almsrgi sector through the provision of liquidity to banks to re-Ahtsa b percentage of legal reserve and activate the session of the economic allocate six trillion five hundred billion dinars for the financing of small and medium enterprises in industry, agriculture and housing sectors and to prepare strategy for the five upcoming years and the development of mechanisms to implement it and issued Directory wash money and guide governance and reconsider the regulatory structure and technical Bank currently adopts a program and a new approach to Aadhh confidence of the Iraqi banking sector, monetary policies are consistent with economic reform, post-Daesh
And called Alnasiri media and gentlemen, the people’s representatives in the House of Representatives to Visit Central Bank of Iraq and look at the facts and financial procedures and accurate data before they proclaim to the media and face them for the embarrassment that Mabarhawwa by inaccurate and minor and lay charges of defamation and direct public criticism of people and Moasat may not be in accordance with the Constitution and the law Alaracda and go all at this stage, the liberation of our cities from terrorism Aldaasha when victory is achieved and the help of God then they should turn the media and the House of Representatives and the people to hold accountable the corrupt and negligent within the overall reform campaign and post-essential Daesh
http://economy-news.net/content.php?id=5683

The Ministry of Transport announced that European aviation authorities suspended the ban on Iraqi Airways flight above the atmosphere of the continent to six months.

According to a ministry statement it received “Republic News” a copy of it, that ” the European Aviation Safety Agency {Easa} ratified the suspension of the embargo imposed on the Iraqi Airways decision, by granting Iraq deadline of six months to review the actual application of safety procedures and safety and improving performance and activating the standards level international approved by the international organizations. “

He said Transport Minister Kazem cup of Frankfurt , according to the statement , “Our efforts have culminated in this new achievement for the Iraqi government, and this will be the opportunities arise and available to the Iraqi Airways deadline expires in the sixth month ofthe next year and will be concluded later to give Iraq the freedom of flying around European capitals like global lines prestigious

He confirmed the US envoy to the international coalition Brett Macgork on Thursday that the Iraqi troops entered the eastern areas in the city of Mosul.

And the dissemination of Macgork, tweeted on the social networking “Twitter” site in which he stressed that “Iraqi forces entered the eastern parts of the city of Mosul.”

And set off at dawn on October 17 / October last, the battle of the restoration of Mosul, with the participation of the Peshmerga forces, in addition to 45 thousand fighters of the army, .oacharth, and the support of the international coalition fighter jets 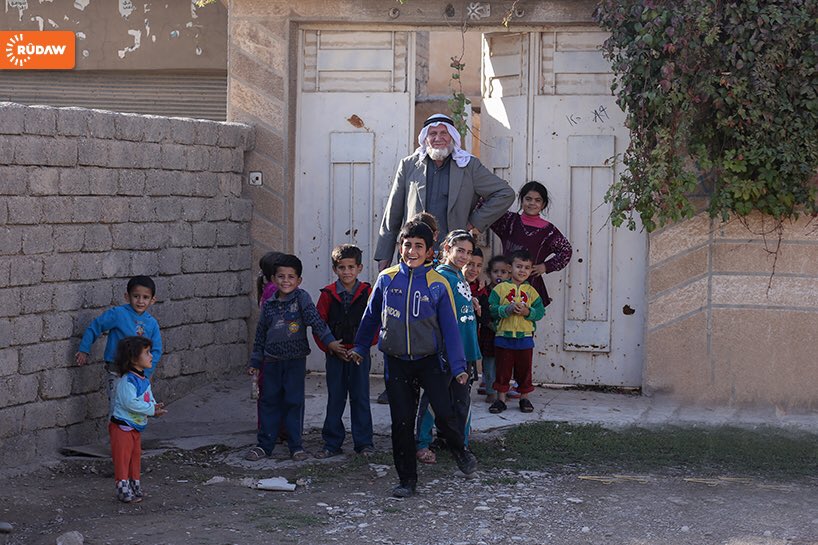 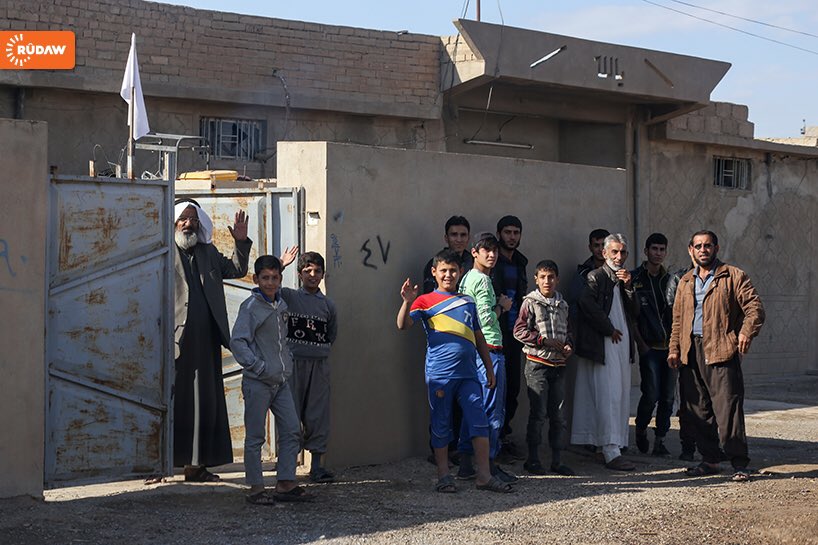 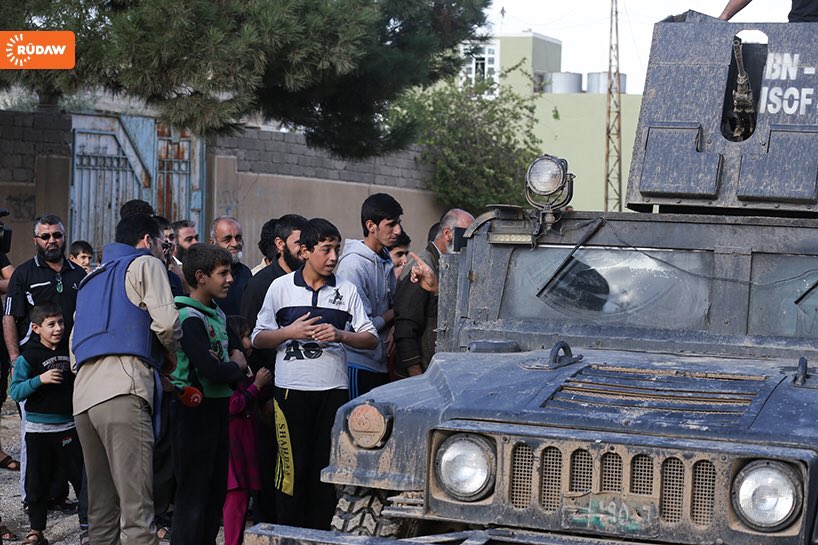 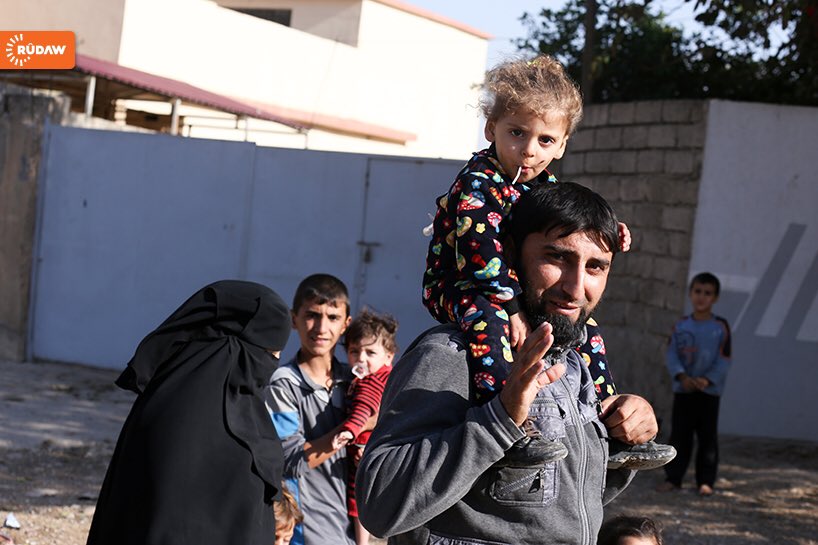