We must manage economic transitions wisely to achieve greater prosperity that benefits all. http://ow.ly/xbYW304Xt35  # IMFMeetings 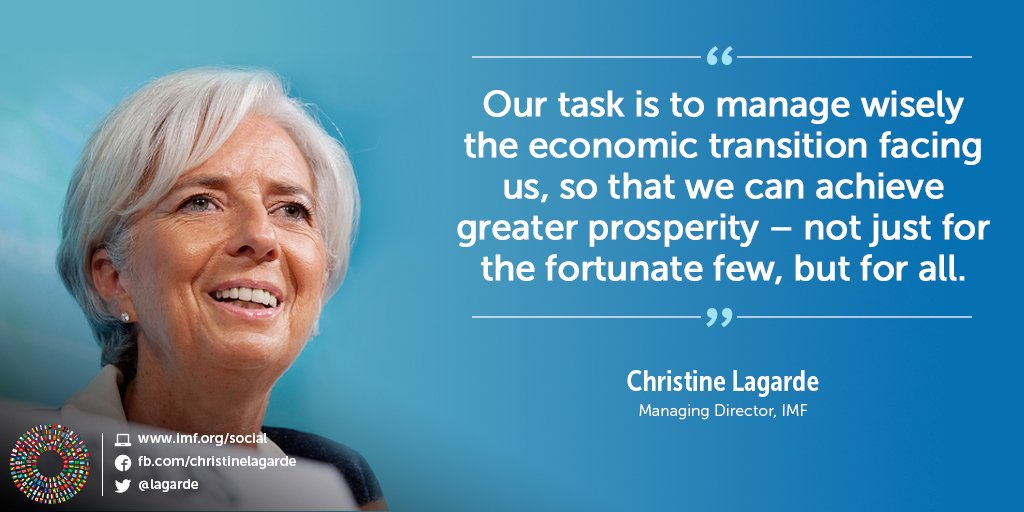 He demanded the five Kurdish blocs in parliament, Saturday, Turkey to withdraw from the region, as described the Turkish incursion, violating sovereignty.

And it crossed the five Kurdish blocs, through a statement, received / balances News / copy of it, from the “refusal of the Turkish intervention in the affairs of the Kurdistan region,” adding that “intervention is unconstitutional and illegal, and constitutes a flagrant violation of the sovereignty of the province.”

And it demanded the five Kurdish blocs in parliament, “Patriotic Union of Kurdistan, the Movement for Change, Jemaah Islamiyah, the Communist Party of the Islamic movement”, Turkish forces to withdraw immediately from the territory of Kurdistan into Turkey “.anthy 29/33 h

Hundreds protest from the Ministry of Industry and Minerals staff on Saturday, the center of the capital , Baghdad, to protest against cut their monthly salaries by the Ministry of Finance.

And rallied employees and retirees Tahrir Square in Baghdad, and waved banners demanding the return of their salaries, and put an end to their suffering monthly.

Ahmed said, ” The problem we have is that the Ministry of Finance gives us amonthly salary every 3 months time, and when prompted ‘ll do the rest the answer would be that it is unable to secure a continuous basis the employees ‘salaries.”

Iraq has suffered from a severe financial crisis, caused by the drop in oil prices in global markets, and the high level of government spending in the military field because of the ongoing battles with militants to organize “Daesh,” sincethe middle of 2014 until now. General Secretariat of the Council of Ministers decided to consider on Sunday a public holiday on the occasion of the Islamic New Year.

According to a statement of the Secretariat ‘that’ the Islamic New Year holiday will be on Sunday, the holiday on the 10th of Muharram will be on Wednesday, 12 of October of this. ‘

The Sunni Endowment announced that on Sunday is the lunar month of Muharram.

The top religious authority, the Office of Mr. Ali al-Sistani has announced that on Sunday is supplementing the month of Dhu al-Hijjah Sacred and on Monday the first day of the month of Muharram.

[Where – Baghdad]
said the parliamentary Finance Committee member Jabbar al – Abadi, on Saturday, the determination of the Commission put forward a private organization of work of government and private banks in Iraq legislation.
He said al – Abadi told all of Iraq [where] that “determined to put forward legislation defining thebanking mechanism of action and dealing with windows Committee [credit and borrowing and other banking transactions, as well as allow the domestic banks and identify its mechanisms to prop up thegovernment banks.”
He added that “private banks limited her work is now on the windows sell the currency , which requires a serious stand on this matter , “noting that” the banking business in Iraq is not active and rise of the development in the world , “adding that” the coming days will witness the launch private banking work and invest in Iraq ‘s new legislation. ”
according to observers witnessing the banking sector in Iraq marked decline through economic assurances for the decline in money to the Iraqi central reserve, as well as variation sell hard currency, prompting the House of Representatives and economic experts and Iraqi government demand to monitor auctions sell the currency on the one hand, and on the other hand , theintroduction of hard currency into the country through the activation the work of border crossings and inventory to deal in hard currency in them.
the investigation revealed judges specialize money laundering issues in the fifth of October this that millions of dollars were smuggled out of the country by traders and bankers and fictitious companies and money transfer.
http://www.alliraqnews.com/modules/news/article.php?storyid=50008

{Baghdad} Euphrates News World Gold Council announced on Saturday that Iraq maintained its gold reserves for the month of October.
The council said in a report, seen by the agency {Euphrates News} “Iraq, according to the official statistics for the month of October, maintained its gold reserves, and has not bought or sold any amount of gold.”
He explained that “Iraq ‘s reserves of gold continues steady at 89.8 tons, “adding that” these reserves of gold represents 6.9% of its reserves of foreign currency. ”
Indeed , Iraq occupies the fifth place in the Arab world gold reserves, while ranked 37 Aalemya.anthy
http://alforatnews.com/modules/news/article.php?storyid=129139