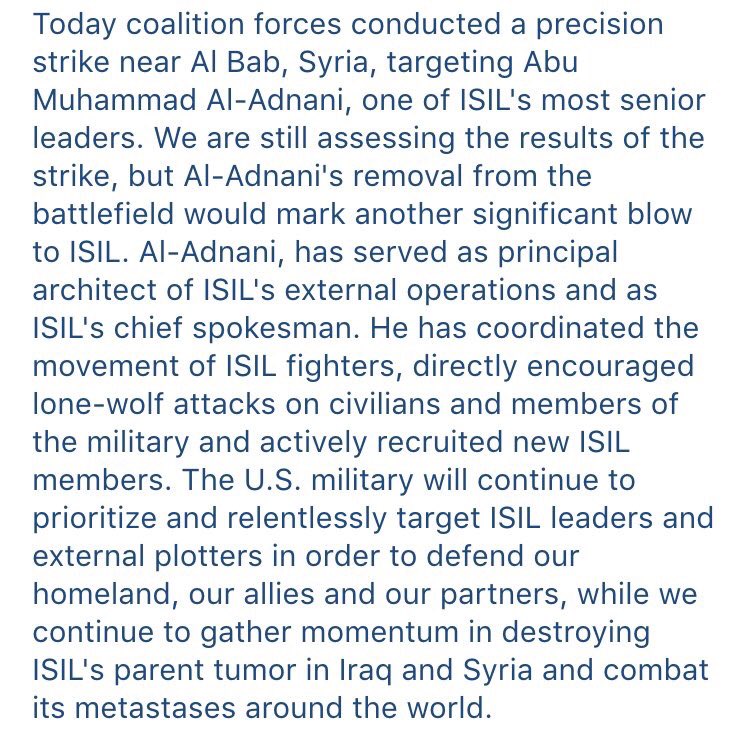 Former Governor of the Central Bank of Iraq, “Shabibi” The Prime Minister and former leader of a coalition of state law, “Nuri al-Maliki” received more money than all the rulers of the Republic of Iraq “together” of Abdul Karim Qasim leader Saddam Hussein, and squandered.

Shabibi said, “The money received by al-Maliki was enough to build a new home can accommodate up to 30 million people will be security for all people in the world, noting that al-Maliki appointed four members of his ruling party big positions within the central bank and they are not Mnets with jurisdiction even influenced by the central bank and took random spread widely, and they Director-money laundering department, the director of the legal department, and director of banking surveillance, and Director of the economic Department, pointing out that corruption was rife within the central bank by colleagues in the party al-Maliki. “

Shabibi He noted that “the Director-money laundering department allocates money laundering Iraq in favor of the ruling party and legal director of the gloss upon the Director of the banks monitor traders taking sold dollars to private banks associated with the ruling party and the prime minister, less than the market amounts making Iraq millions of dollars lost per day because of this corruption and the smuggling of government budget funds abroad in favor of al-Maliki and Gelaozath. “

Shabibi said he “when he decided to change them came to him a letter from the prime minister prevented him from removal of these corrupt and between the lines of the book veiled threat, and that when the first elements of the corrupt gang is beyond mad Maliki issued by his partner and friend,” Medhat al-Mahmoud, “an arrest warrant after he was Switzerland will lecture about the new monetary policy within the international symposium for the International monetary Fund. “

Among Shabibi that “then appointed al-Maliki, his cousin called” on the Keywords, “central bank governor to plunder every provision of the Iraqi state in the amount of $ 67 billion in the last days of his dominance on the government to hand over power to” Haider al-Abadi, “and the budget for Iraq empty and the Reserve Central Bank ravished, to enter Iraq in a major financial crisis for the advancement of which can not after a decade even if oil prices improved today. “

Shabibi said that “al-Maliki receive more money than all the rulers of the Republic of Iraq” together “of Abdul Karim Qasim leader Saddam Hussein, was being investigated by any unfinished mention the Iraqi people and homeland, it was enough to build a new home according to the latest international standards, it can accommodate up to 30 million people living in it the welfare and stability will be security for all people in the world to live in. “

{Baghdad: Euphrates News} Mr. Ammar al-Hakim, head of the Islamic Supreme Council of Iraq, received in his office in Baghdad on Tuesday, the US ambassador to Baghdad, Stuart Jones, marking the end of his diplomatic mission in Baghdad.
According to a statement of the Supreme Council and the agency {Euphrates News} received a copy of it today that “His Eminence Search Jones developments in the security and political situation in Iraq and the region as well as discuss the battle to liberate Mosul and get her ready.”
He stressed martyr Mehrab Movement leader According to the statement , “the concerted efforts to end the recent showdown with Daesh and an end to Daesh military threat in Iraq , “.anthy
http://alforatnews.com/modules/news/article.php?storyid=126073

{INTERNATIONAL: Euphrates News} announced the US State Department, the existence of misunderstanding with regard to international assistance to Iraq and how they are connected, and after about a week of hosting the United States, an international conference to help Iraq financially, which resulted in the collection of aid worth one billion and 200 million dollars for Iraq.
And about how to distribute the money to Baghdad and the Kurdistan region, said a spokesman for the US State Department, John Kirby, told a news conference, “There is a misunderstanding about how to deliver the aid.”
Said Kirby, that “aid will not be delivered not to the federal government in Baghdad , nor to the Kurdistan Regional Government in Arbil, but will be handed over to the United Nations, and will be distributed by aid agencies and humanitarian organizations, according to the needs of different regions in Iraq, its use as a project for humanitarian aid or reconstruction of areas. ”
He continued , ” the United States and the international community trusts the UN exactly, it will lead to the aid of those displaced or areas liberated from the grip of Daesh properly. ”
and held in 07/20/2016, Maryland, conference devoted in part to help Alarac.anthy
http://alforatnews.com/modules/news/article.php?storyid=126077

Council agreed to withdraw the nomination of the appointment of advisers in the presidency and bring them back to their previous jobs that they were, in a new step to the government within the program followed by limbering

A statement by the Council received / balances News / copy of which he discussed, Tuesday, submitting an amendment to the Law of the general amnesty voted by the House of Representatives of the vertebrae , which has the House been added or modified to the bill sent by the government .

Agree to “withdraw the nomination of the appointment of advisers in the presidency and bring them back to their previous jobs that they were” also announced.

The Council introduced in its regular , headed by Prime Minister Haider al – Abadi what has been achieved from the government curriculum during the past two years and make some adjustments in the light of the achievement that has been made of it for presentation to the House of Representatives .

The Iraqi Prime Minister Haider al – Abadi, said by some, particularly in the August 18 August 2015 , he abolished the positions ofadvisers in the ministries and trimmed the number of his advisers and adviser to the president and the speaker of parliament to five foreach of them .

Ebadi said “Based on what was in the reforms that we presented and endorsed by the Cabinet and approved by the House package. We decided to cancel the posts of advisers in the ministries Outsourcing whether the owners fixed or temporary identification advisers three presidencies five advisers for each presidency .”

The step taken by Abadi , which is the latest in a reformist campaign launched last week in order to reduce the lack of efficiency within the government and the elimination of corruption , which critics say deprived Iraqis of basic services and undermined the government forces in their fight against al Daesh .

And come Abadi ‘s ambitious plan for reform after protests for weeks in the streets of Baghdad and southern cities to demand better government services and after he called the supreme authority Ayatollah Ali al – Sistani to “strike hard” against corruption .

Abadi was reducing the number of ministers from 33 to 22 on Sunday to abolish positions or merge some ministries then ensued and over the course of the Camp reforms ended to change the faces of most of his ministry was sacked as defense minister after a stormy questioning in parliament .

He had been canceled by the vice – president and prime minister , along with ” a comprehensive and immediate reduction in thenumber of protections for all state officials” also encouraged investigations of corruption and granting himself the dismissal of governors and local authority officials .

Preparing the Iraqi Council of Representatives, to question the prime minister Haider al-Abadi and Education Ministers Muhammad Iqbal pharmacist and external Ibrahim al-Jaafari, health Adila Hammoud on the back of administrative breaches in their ministries.

He said the Integrity Committee member Mohammed fact, that “a number of members of parliament submitted a site by them to the Presidency of the Council of Representatives request includes questioning the Prime Minister and Commander of the Armed Forces, Haider al-Abadi, as well as Ministers of Education Mohammad Iqbal pharmacist and external Ibrahim al-Jaafari, health Adila Hammoud,” referring to “the interrogation process would do after the Eid al-Adha holiday.”

He added that “the reasons that Parliament has called for questioning included the existence of administrative breaches in their ministry in charge of the cutting.”

And saw the House of Representatives earlier in the (first and twenty-seventh of August now) questioning of the ministers of defense and finance Khalid al-Obeidi, Hoshyar Zebari, on the back of corrupt deals Bozartehma, while Parliament voted to withdraw confidence from the al-Obeidi, and not being content with answers Zebari.

He met the prime minister in the Kurdistan Regional Government Nechirvan Barzani, on Tuesday, the second dayof his visit to Baghdad and the last of his meetings with Iraqi officials, with the head of the Iraqi National Accord Movement, Iyad Allawi, and discussed the expected fears of a period that will follow liberalization city of Mosul, stressing the work in order to eliminate the extremist ideology in the region.

A statement of the Presidency of the Kurdistan Regional Government responded to the network Roudao media a copy of it, that the head of the Iraqi National Accord movement of Iyad Allawi met with Nechirvan Barzani, who heads the delegation of the region and welcomed him and the delegation accompanying him, and highlighted the two sides highlighted during the meeting on the latest developments in the war against terrorism in Iraq and the region Kurdistan and the political situation and the political process and its future in Iraq.

The statement added, he was on the other side of the meeting, the two sides discuss the liberalization of Mosul from terrorists “Daesh” process and stressed the need for coordination and cooperation between the Kurdistan Region and the Iraqi government and the international coalition and the components of Mosul about this battle, in addition to the importance of understanding among all parties on the stage after exit “Daesh” of the city.

The statement said that the two sides may They noted the expected fears of a period that will follow liberalization city of Mosul, where he emphasized the work for the elimination of extremist ideology in the region and stressed that the issue can not succeed military way only, but that the political process in Iraq needs the participation of all parties and all the ingredients that have a position that it deserves in the political process.

The two sides also talked about the outstanding issues between Erbil and Baghdad problems, and stressed that the solution to these problems is in the best interest of Iraq and the Kurdistan Region, it is essential that the dialogue will continue and in earnest between the Kurdistan region of Iraq and the Federal Government to resolve all the problems that are formulated and organizing the form of relations between the Kurdistan Region and the Iraqi State in a manner peaceful and understanding and agreement between the two sides and taking into account the overall interests of the region of Kurdistan and Iraq.

it announced the depths of the agency of the terrorist gangs Daesh killed named [Abu Mohammad al-Adnani] media spokesman Daesh. ”

According to the depths of the Aladnana killed “during an inspection to repel military campaigns in Aleppo, Syria.”