{Baghdad} Euphrates News President Fuad Masum, stressed the need to encourage friendly countries in the reconstruction of Iraq.
According to a presidential statement , the agency {Euphrates News} received acopy of it, that ” the President of the Republic Fuad Masum , received at the Peace Palace in Baghdad on Monday afternoon the ambassadors of Iraq ‘s new Raad al – Alusi in the United Arab Emirates, and Talal al – Obeidi in Hungary.
And confirmed during the meeting the importance of strengthening relations brotherhood between Iraq and the UAE , “stressing the” historic distinct dimensions, praised the relations of friendship and cooperation with the Republic of Hungary , “referring to” continue to support Iraq in its war against terrorism. He
also stressed ” the importance of working to strengthen friendship with thecountries of the world and expand relations in all fields and strengthen Iraq ‘sposition in the international community, as well as mobilizing international support for Iraq, especially in the war being waged against terrorism on behalf of thecountries of the world, and the need to encourage friendly countries and international organizations and institutions to contribute to the reconstruction ofIraq. ”
the President of the Republic , ” the importance of focus to provide services to Iraqi communities, and that the doors of Iraqi embassies are open to the children ofthese communities, for their problems and concerns and work to resolve all theproblems of Iraqis abroad, and wished the ambassadors success in their work tasks as representatives of Arac.anthy
http://alforatnews.com/modules/news/article.php?storyid=124838

[Oan- Baghdad]
called on Parliament Speaker Salim al – Jubouri, the parliamentary legal committee to begin to read the paragraphs of the draft amnesty law for a vote ..itba
http://www.alliraqnews.com/modules/news/article.php?storyid=45908

[Oan- Baghdad]
Parliament Speaker Salim al – stressed, to maintain a quorum for a session of Parliament today to vote on the draft general amnesty law.
Jubouri said that “we could not so we’ll go for the extraordinary session tomorrow.”
The Jubouri announced time earlier today that ” the amnesty law now prints its final form inpreparation for a vote” at today ‘s meeting. ”
http://www.alliraqnews.com/modules/news/article.php?storyid=45906

[Where – Baghdad]
Search Finance Minister Hoshyar Zebari, with the Iranian ambassador to Iraq Hassan Danaii fled economic cooperation between Iraq and Iran.
A statement by the Ministry of Finance received by all of Iraq [where] a copy of the “Zebari received fled at the headquarters of the Office of the ministry, today and discussed with him the financial and economic situation of mutual interest between the two countries and ways to increase cooperation at all levels, and to provide an opportunity for investors to increase the volume of trade exchange and organize the work of border crossings between the two countries. ”
http://www.alliraqnews.com/modules/news/article.php?storyid=45903

Our campaign for reform continues, the appointment of new technocrat ministers is one step forward 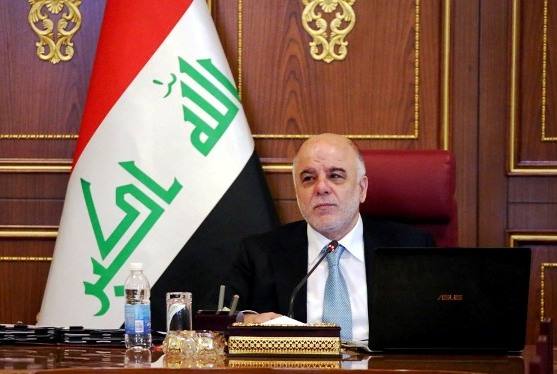 He said the new oil minister Jabbar and coffee, on Monday, that the scourge of corruption, the central government will work to fight and eliminate them and the Oil Ministry is part of the executive branch will be work by all means to eliminate them.

He Laibi L / balance News / “The corruption Snharabh where you have and we will adopt transparency and clarity through our work in the oil ministry, and we will follow up all licensing rounds and work to mislead all the obstacles that direction.”

He stressed the coffee on, that “the work of the ministry will adopt the slogan tomorrow plan we’re working on today, to provide better services to the global oil production, export and consumption daily.”