Khandan – The Iraqi Defense Minister Khaled al – Obeidi, the cooperation of the Kurdistan region with the central government regarding the process of liberalization of Mosul from the control of the organization “Daash” terrorist. Obeidi said in an interview with ” Al- Iraqiya,” the “collaborator of the Kurdistan region with the central government and responded to every enterprise demands military to liberate Mosul. ” he said Iraq ‘s defense minister, said that” the great challenge facing us in the liberation of Mosul is the protection of civilians, and the page ‘s military , we are ready for it completely, especially with the psychological defeatism experienced Daash “, as posted on his location social networking” Facebook ” . regarding the questioning in the House of Representatives file, he asked al – Obeidi, said , “Do I have to question the reorganized military and actively heroes managed to expel Daash and free land, or who was the military head of him Mosul and lost the Iraq weapons worth $ 27 billion, five military divisions and 40% of the land of Iraq? “. he said al – Obeidi , also” canceled 106 thousand contract from within the military, and our decision within the Ministry of Defence is not to re – escaped more than once, because the repatriation opens up others to escape. ” concerning the international coalition conference, said the Minister Iraqi defense: “touched during my participation in the international coalition conference in Washington, said that both countries are seeking to defend itself, but on the ground in Iraq.”
http://www.xendan.org/arabic/drejaa.aspx?=hawal&jmara=30489&Jor=2

announced Parliament Speaker Salim al – Jubouri, the parliament session for next Monday, after a government decision to disable always on Monday and Tuesday, due to high temperatures to 50 degrees Celsius.

He said al – Jubouri , according to a statement his office received by all of Iraq [where] a copy of it, ” The council constantly work for this week and Monday next session list and agenda of the meeting was fixed and did not happen upon any change.”

The Prime Minister Haider al – Abadi face painful to disrupt the official working day Monday and Tuesday for all government departments except for basic services because of the high temperatures.

Hzkr the General Authority for meteorological said in a report yesterday that temperatures will be affected by thermal Mounkhvd seasonal influential on Iraq will deepen , starting from next Monday, which will lead to higher temperatures to be higher than the rates public several degrees and will reach maximum temperatures to 50 m and more in some places from multiple places in the southern region and Central region.

Iraq has witnessed in the mid – July heat wave in which Great scores rose more than 50 m, and is considered the highest among the 10 regions in the world .

Parliament Speaker Salim al – Jubouri , stressed the importance of strengthening the role of the banking sector and make it more flexible and realistic out of the economic crisis.

A statement by the Information Office of the President of the House of Representatives received by all of Iraq [where] a copy of the “al – Jubouri , received his official office, on Saturday , the general managers of the Iraqi government for banks delegation During the meeting , review the role of government and private banks to support economic and investment file in the country.”

He said Jubouri , ” the need to contribute to the financial and banking sector in the promotion of economic reality and including Itlaehm with the Iraqi market need , especially with the instability of global oil prices , ” calling to take all actions that will strengthen the role to ensure the banking sector update the economic vision of the banking business and make it more flexible and realistic out of the economic crisis with minimal losses and record time.

for their part , the price to attend parliament ‘s role in supporting the banking sector through the procedures and laws and legislated that contribute to the recovery of the banking and economic movement in the country. 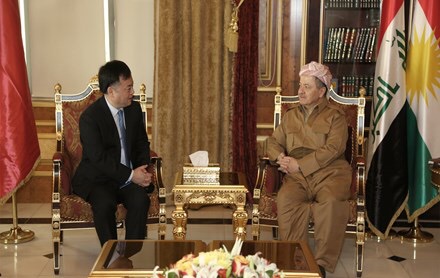 The two sides also spoke of the Iraqi and Kurdistan Region military operations against the terrorists of the Islamic State particularly the Mosul operation. President Barzani wished the newly appointed ambassador a successful mission in Iraq and hoped for better bilateral relations between the two countries.

Select the central bank governor on the Keywords, Saturday, 2017 as the date for the launch of the electronic currency through the mail or e-dinar cards, with the exception that it will facilitate dealings between the state institutions, the expectation of rising oil prices.

He said on the Keywords in an interview to the (long-Presse), “The next year, 2017, will see the launch of the electronic currency after the termination of the Central Bank of infrastructure structures necessary for the operation of electronic payment through the mail dinar or electronic tags, which facilitates transactions between state institutions,” noting that ” the end of this year or next year will work directly in the new Central Bank building. ”

Keywords and added, that “the country is facing economic challenges and overcome them dependent on an improvement in oil prices as a financier President of Finance for the budget of the country,” stressing that “there are indications demonstrate near the high oil prices in the global markets.”

US Bank specialist investment banking services predicted on Saturday that Iraq and Iran have, as well as the Gulf players cooperation key to bridging the winning gap in the rate of processing oil in the global markets for the years 2016 and 2017, and while noting the high oil demand growth at the borders of 1.2 million barrels per day, is likely to reach the price of a barrel of oil over the next year to more than $ 60. He said Bank (BofAM) US, in a report I followed (the long-Presse), “It is expected to bring both Iraq and the Gulf Cooperation Council, in addition to Iran, an increase in oil processing in the global market rates during the remaining period of the current year, which is followed by 2017, “stressing that” these countries will be a key player in raising the processing rates. ”

He predicted the bank, that “can those countries from the market processing oil, which provides them with a large share in the international market to fill the gap in the lack of supplies from producing countries outside OPEC,” likely to “achieve growth in equipment between 1.2 and 0.5 million barrels per day.”

The Hellenic Chbang News Corporation Global competent affairs shipping oil exports in the world revealed, on Monday (13 June 2016), that Iraq is the most factor is an impact on the OPEC production ceiling rates, while confirming that the high export rate will double the cartel’s production for “34 million barrels Day “, suggested that the production rates of up Iraq by end of 2020 to the” one-sixth of the production rates of the organization. ”

The world oil prices had fallen more than seventy percent compared to the last 2014 Summer, none of the more than one hundred dollars to less than $ 40 per barrel, resulting in damage to the economies of countries that rely on “black gold” as the sole source of income, including Iraq. 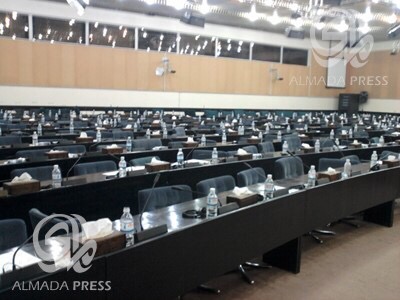 Raised the presidency of the Iraqi Council of Representatives, on Saturday, the seventh session of the first legislative term of the third legislative year to the day after tomorrow, Monday, with the meeting witnessed the vote on the ban on Baath Party Law, reported an Act of Parliament and the direct writing of a new law does not include privileges for MPs.

A parliamentary source said in an interview to the (long – Presse), ” The House Speaker Salim al – raising seventh session of the legislative term of the first third legislative year to be held the day after tomorrow , Monday , ” noting that ” the meeting saw the vote on the law banning the Baath Party and entities dissolved The parties and the activities of racist and “terrorist and takfiri”.

The source , who asked not to be named, said : ” The session saw the vote on the replies House bill in its current form , which already had been read a first reading, to ask his replacement does not include any privileges for MPs.”

The Iraqi Council of Representatives held on Saturday, its seventh legislative term first legislative year, the third headed by Salim al-Jubouri, and the presence of 215 deputies, while the agenda of the meeting included a vote on three bills, notably the ban on Baath Party and discuss the ten other laws. 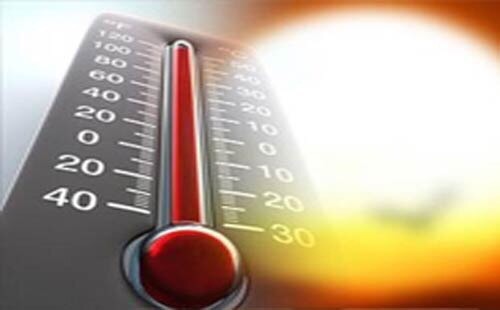 face of Prime Minister Haider al – Abadi disrupt the official working hours on Monday and Tuesday for all government departments except for basic services because of the high temperatures.

The General Authority for meteorological said in a report yesterday that temperatures will be affected by thermal Mounkhvd seasonal influential on Iraq and will deepen starting on Monday, 01/08/2016, which will lead to higher temperatures to be higher than the general rates by several degrees and will reach maximum temperatures to 50 m and more in some places from multiple places in the southern region and Central region.

the country came last week to the severe heat wave reached 50 degrees Celsius in some provinces to the 53 ° C. 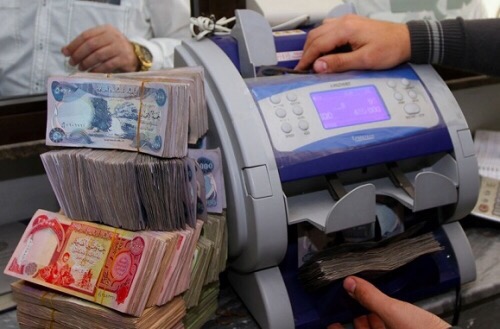 The statement continued , ” The Ministry of Health distribution of salaries and the Ministry of trade and Industry will be on Monday. ”

{Baghdad} Euphrates News Search head of the parliamentary finance committee for citizen Faleh applicable block with the new managers of banks banking issues and ways to save cash and prevent tampering.

A statement to inform the Office of the mass citizen, agency {Euphrates News} received a copy of it today, ” The President of the Parliamentary Finance Committee Faleh force met on Saturday, the directors of the new banks after receiving their positions as managers two years , is in several Iraqi banks to discuss the Banking Act , the sender of the General Secretariat the Council of Ministers. ”
He added , ” they also discussed the most important banking issues and to address the most important problems that contribute to save the Iraqi liquidity of waste being public money keeps the economy of the country. ”
He said in effect during the meeting that” these meetings aim to walk according to the draft reforms as well as to regulate banks Iraqi and prevent manipulation “.anthy