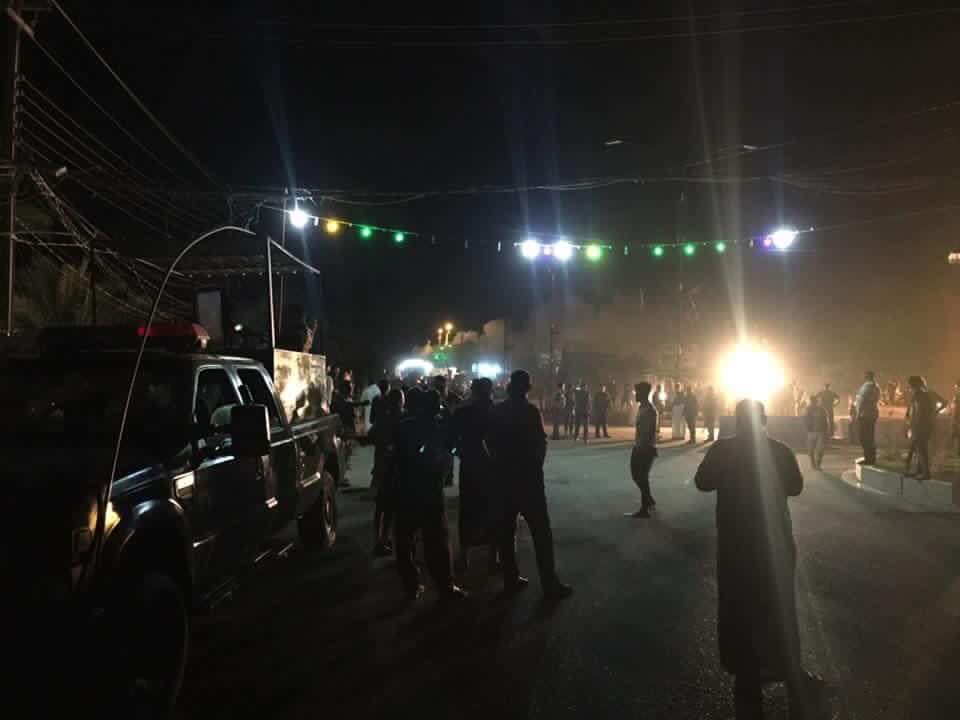 The Executive Board of the International Monetary Fund (IMF) today approved a three-year Stand-By Arrangement (SBA) for Iraq for SDR 3.831 billion (about US$5.34 billion, or 230 percent of quota) to support the government’s economic reform program. The Board’s approval enables the disbursement of SDR 455 million (about US$634 million). In July 2015, Iraq received disbursement under the Rapid Financing Instrument equivalent to SDR 891.3 million (about US$1.24 billion at the time of approval).

The IMF’s Management today also completed the first and second reviews of the Staff-Monitored Program (SMP) with Iraq that was approved by the Managing Director on January 12, 2016. (See Press Release No. 16/04).

“The Iraqi economy has been hit hard by the double shock arising from the ISIS attacks and the sharp drop in global oil prices.

“The fiscal adjustment envisaged in 2016–19 is appropriate to address the pressure from lower oil revenue and higher humanitarian and security spending. But the composition of the fiscal adjustment should be improved over time, in order to make room for increased but more efficient investment expenditure. Overhaul of the public financial management system is necessary to improve fiscal discipline and the quality of spending. Implementation of the budget-sharing agreement with the Kurdistan Regional Government will put both the federal government and the Kurdistan Regional Government in a better position to address the ISIS attacks and the oil-price shock.

“The accumulation of large external arrears to international oil companies and domestic arrears in 2015 was unfortunate. Existing arrears should be paid down, following a due process of checking their validity, and the implementation of controls to prevent further accumulation of arrears to international oil companies and domestic suppliers. The prevention of future external arrears would ensure that the envisaged oil revenue stream—needed to finance public expenditure and imports—is achieved; the prevention of future domestic arrears would preserve financial sector stability.

“To strengthen growth and financial sector stability, the legal framework of the Central Bank of Iraq needs to be strengthened, state-owned banks need to be restructured, and exchange restrictions need to be gradually removed. Additionally, measures need to be implemented to prevent money-laundering, counter the financing of terrorism, and strengthen the anti-corruption legislation.”

Iraq has been hit hard by the conflict with ISIS and the precipitous fall in oil prices. The ongoing armed conflict with ISIS continues to strain the country’s resources and is resulting in new waves of internally displaced people, now reaching over 4 million. Around 10 million people, comprising some 27 percent of the population, are in need of humanitarian assistance. The steep fall in oil prices is causing a large external shock to the balance of payments and budget revenue, which depend predominantly on oil export receipts. Real GDP contracted by 2.4 percent in 2015, in spite of a 13 percent increase in oil production. The non-oil economy experienced broad-based economic contraction (-19 percent) as a result of the conflict with ISIS and the ongoing fiscal consolidation.

The authorities are responding to these challenges with a mix of fiscal adjustment and financing, while maintaining their commitment to the exchange rate peg and protecting social spending such as health, education, food and agricultural subsidies, and transfer to internally displaced people and refugees.

The economic program aims to stabilize the Iraqi economy which has been hit by the double shock of a steep decline in oil prices and ongoing ISIS conflict. The program is centered around four pillars:

Implementing fiscal consolidation while protecting the poor. The government will continue to implement fiscal consolidation, mostly through inefficient capital expenditure retrenchment, while protecting social spending. This will help to bring spending to a sustainable level given the much lower level of oil revenue. The government will also design and implement deeper grounded revenue and expenditure reforms to hold the lid on the non-oil primary balance and achieve debt sustainability. Efforts are underway to implement the budget-sharing agreement with the Kurdistan Regional Government.

Monitor financial risks to preserve financial sector stability. Important steps are being taken to strengthen the legal framework of the Central Bank of Iraq following on the Fund’s recent safeguards assessment, as well as to restructure state-owned banks and strengthen prudential standards and bank supervision with the support of external consultants. Additionally, measures will need to be implemented to prevent money-laundering, counter the financing of terrorism, and strengthen the anti-corruption legislation to help improve the integration of Iraq’s financial system into the global economy.

For additional background on the IMF and Iraq see:

BAGHDAD (Reuters), security sources said at least 20 people were killed and 50 people were wounded in the Thursday evening attack on a Shi’ite shrine north of the Iraqi capital.

It is the shrine of Imam Mohamed bin Ali al-Hadi, who was targeted by the attack, in Balad, about 93 kilometers north of Baghdad.

And it blew up a car bomb driven by a suicide outer gate of the shrine, which allowed for a couple of gunmen stormed the site and start shooting at visitors.

announced that the Department of Defense, the Army Air destroyed a convoy of gangs Daash includes about 70 of them on the road to a terrorist spend Sharqat – hand Qayyarah south of Mosul.

According to a ministry statement received by all of Iraq [where] a copy of it, that “the Army Aviation and in coordination with the leadership of Salahuddin operations were destroyed convoy continued to Daash consists of six different wheel types loaded with armed persons, estimated at between [60-70] terrorists in the way of Sharqat – Qayyarah. ”

A security source said today: that the explosion at the shrine of Mr. Mohamed Ibn Imam Ali al- Hadi in Balad and was followed by heavy gunfire.

{Baghdad} Euphrates News President Fuad Masum, returned to the capital, Baghdad, after the completion of medical treatment in Britain.
According to a presidential statement received by the agency {Euphrates News} a copy of it today, “President Fuad Masum, arrived Thursday to Baghdad after a private visit to the United Kingdom during which he conducted medical tests” .anthy
http://alforatnews.com/modules/news/article.php?storyid=121617

{Baghdad} Euphrates News Agency got {Euphrates News} a copy of the details of the technical analysis of the Karrada bombing of the forensic evidence.

[Oan- Baghdad]
announced that the Baghdad Operations Command, the general commander of the armed forces , Prime Minister Haider al – Abadi ordered the deployment of an inspection team of 50 in the Karrada area with K9 dogs after thebombing incident that killed 292 killed and more than 200 wounded early Sunday Almadi..itba
http://www.alliraqnews.com/modules/news/article.php?storyid=42598

[Oan- up]
issued security men pistol rare model Mauser [Mauser] was in possession of a gang of arms dealers in the republic of North Ossetia , experts believe that the original owner of this remarkable gun may be the head of the regime ofousted Saddam Hussein.
It should be noted that it was found in the palaces of Saddam on a huge set of gold weapons and rare silver but hit this group of looting and theft were not able one to see it full.
It features a pistol Golden Almauser which was confiscated in the North Caucasus, Handmade ornamented art teacher Juan Rodriguez , who is said to be the ornately pistols Soviet leader Joseph Stalin.
it is known that Saddam was aired fiery manual beautiful arms There is no doubt that he benefited from theservices of this workshop , which still operates to this day.
weapons expert Ruslan Matsochow believes that it has some of Saddam ‘s holdings of handguns stolen either by the military or the Americans , some close to him there is no doubt that some of these weapons fell into the hands of elements Daash after the spread of this terrorist organization , which includes in its ranks many of the sons of the North Caucasus republics.
http://www.alliraqnews.com/modules/news/article.php?storyid=42590