I’m frequently asked to write security assessments of Baghdad, to gauge what the risks are and what the associated political fallout could be. Only 10 days ago I was asked for my thoughts on Baghda…

Source: The flames that consumed hope

And continue the process of “Taadl Wave 2” contribute to “reduce revenues Daash regulation of oil and gas activities,” according to said US Lieutenant Colonel Chris Garver, a military spokesman for the coalition, who was speaking via videolink from Baghdad.

Garver said: “We believe that the process allowed us to reduce” revenue halved since fall, ie, “to about $ 15 million a month now.”

And began the process of “Taidal Wave 2” in the fall and targeting especially oil installations to organize Daash.

Garver said the alliance launched 193 raids since the start of the process, and launched another aircraft raids Monday and destroyed the barrels of six oil wells of the organization.

The United States and the coalition tried to initially limit of raids targeting oil installations in Syria and Iraq, in order to avoid the elimination of the resource will return later with money on the legitimacy of the government.

But they decided to accelerate in the fall Khtoathma with the need to move in the military operation against Daash. 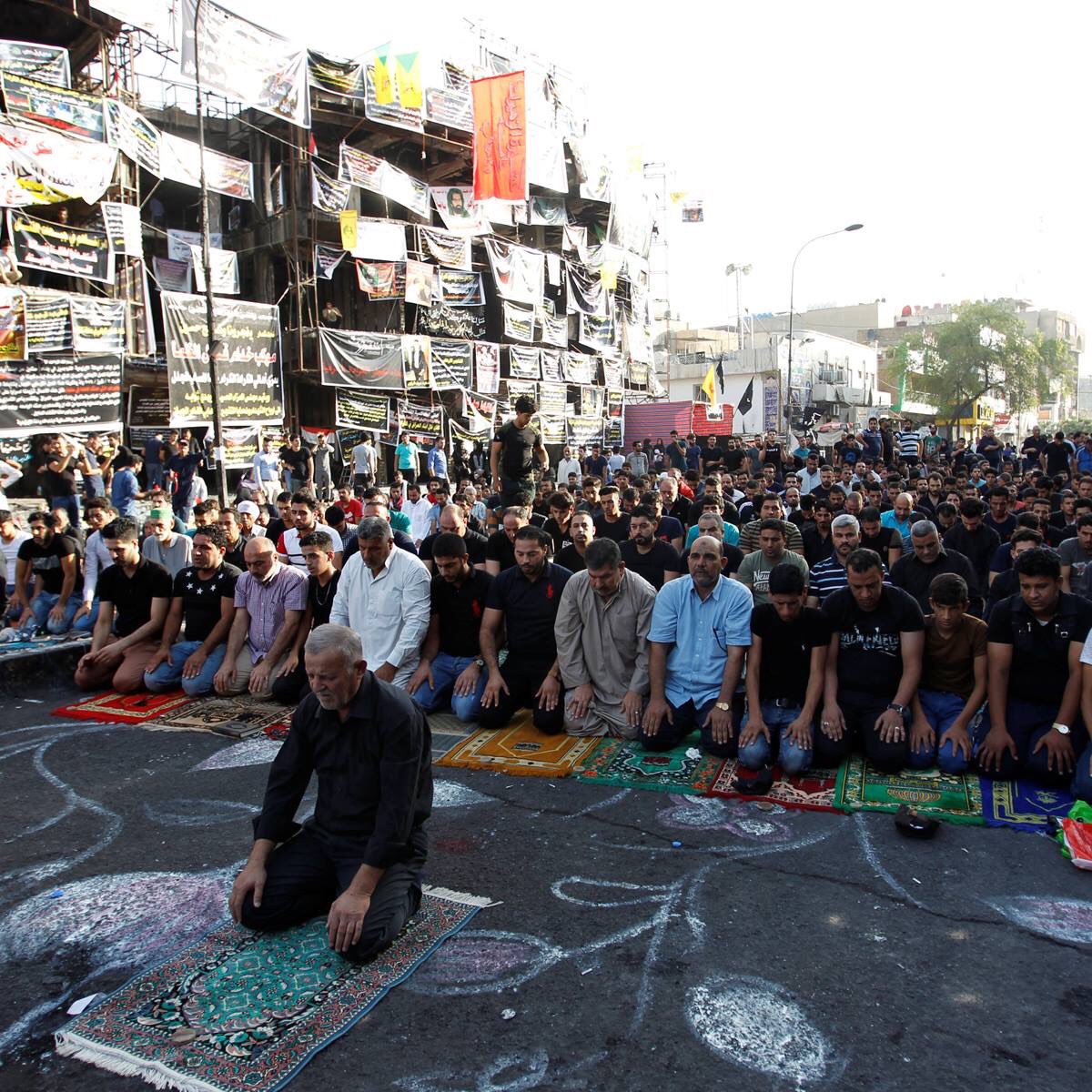 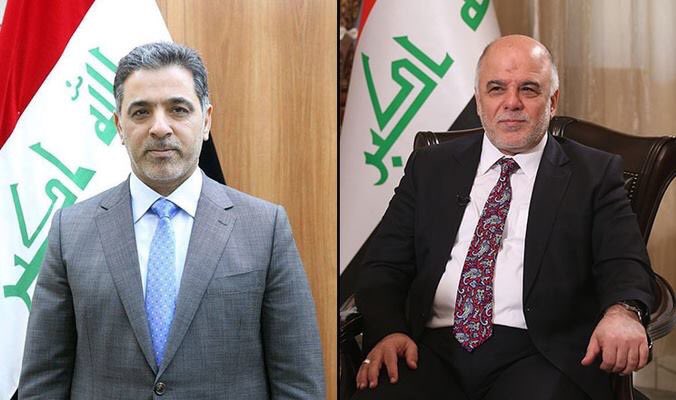 A crowd stands in solidarity during a candlelight vigil in Orlando, Fla., following the Pulse shooting. (Marvin Joseph/The Washington Post)
Any school district, university, county government or nonprofit with an idea for how to counter “violent extremism” in America could be eligible for up to $2 million in federal grant money to make that idea a reality, the Department of Homeland Security said Wednesday.

Civil rights groups and some Muslim leaders have argued that the government’s countering extremism program is inherently discriminatory and stigmatizing and runs the risk of violating civil rights and liberties.

While most of the federal government’s efforts so far to counter violent extremism have focused on Muslim communities, the government has not provided data to suggest that Muslims are more susceptible to violence than any other group. Counter-terrorism experts also say there are no known indicators that someone is going to become a violent extremist.

George Selim, who heads the Obama administration’s Countering Violent Extremism Task Force, testified Wednesday before the Senate Homeland Security and Governmental Affairs subcommittee about a shifting world of terrorism and the need to prevent violence by “self-radicalized individuals.” The only terrorist organization Selim named was ISIL, an acronym for the Islamic State extremist group.

But the program will not violate civil rights or liberties, he said. “We’re not even going to score those applications” that appear to be infringing on rights and liberties.

Abigail Hauslohner is a national reporter who covers Islam, Arab affairs and America. Before coming to Washington in 2015, she spent seven years covering war, politics and religion in the Middle East, and served as the Post’s Cairo bureau chief. She has also covered District politics and government.

{Baghdad} Euphrates News carried the Bloc MP for the National Coalition Sabah al-Tamimi security services full responsibility for the bombings in Karrada, demanding the involvement of international experts to save the Baghdad security.
He said al – Tamimi said in a statement the agency {Euphrates News} received acopy of it today “necessary to involve international experts in the field of security and information technology to take advantage of their expertise to maintain thesecurity of the capital and end the series of bombings that hit the capital Baghdad and other Iraqi provinces.
She stressed” that may be questioned and held accountable for negligence and defeatists for Security adjust by the House of Representatives in the coming sessions and reconsider the restructuring of the security services. ”
and I wondered Tamimi on” the role of the intelligence agencies responsible for the accident site and its role in thwarting such breaches before they occur, andexpressed fear of “similar security breaches during the Eid al – Fitr.” It is
noteworthy that Karrada district came to a major terrorist car bombing led to thedeath and wounding a large number of civilians, and great damage to several buildings, but met with the explosion of international denunciations and condemnations and wide as well as Tzamn most of the peoples of the world with Iraq , the impact of this tragedy. And the parliamentary security and defense committee announced the completed request to question ministers and leaders unsuspecting which will be submitted in the first session of the third legislative term on July 12 .anthy
http://alforatnews.com/modules/news/article.php?storyid=121561

Twilight News / sent a new US Consul General in the Kurdistan region of Iraq Ken Cross on Wednesday a cable of congratulations on the occasion of Eid al-Fitr.

Came in the text of the telegram, the consul, “I hope in my term and as soon as possible to learn many things from the Kurdish people, and to work for the Peshmerga forces,” and expressed hope that contribute to strengthening cooperation between the larger Washington and Erbil.

Former Consul Matthias Mettmann have known the end of last month, the new Consul General in Erbil Ken Cross to the Prime Minister of the Kurdistan Region Nechirvan Barzani.

I received several condolence calls from world leaders. I told them that defeating terrorism will be our response 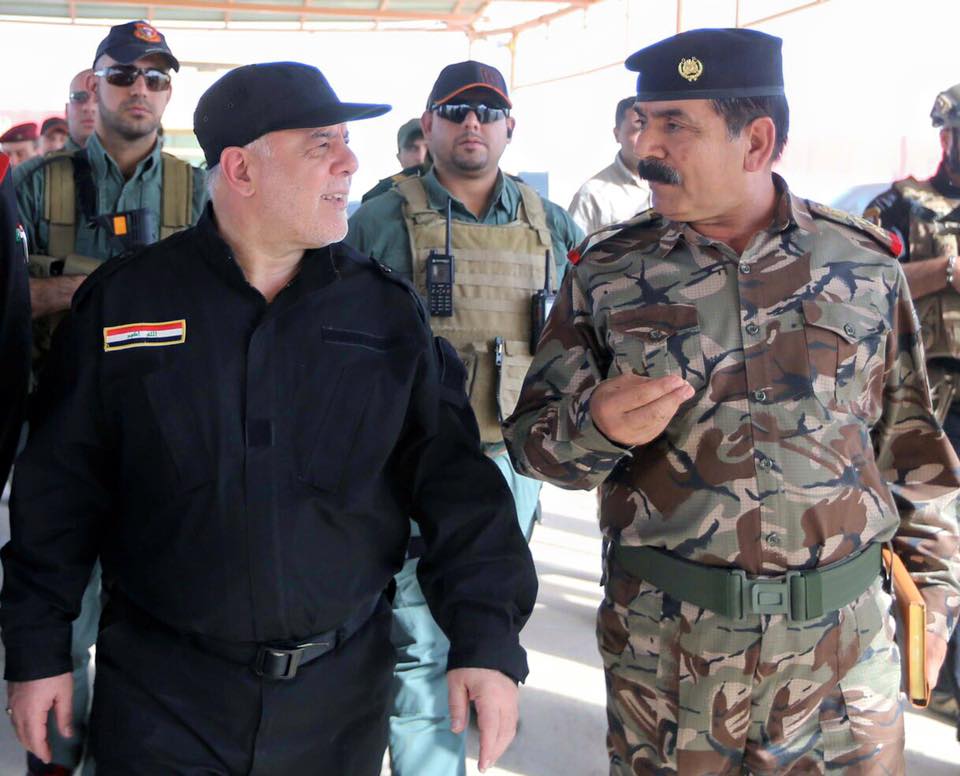 The Secretary-General of the United Nations Ban Ki-moon expressed shock and condemnation of the terrorist bombing of Karrada, and said, “I was dismayed complete disregard for human life shown by the perpetrators when they beat people Athaoon Eid al-Fitr to mark.”

He emphasized Ban Ki-moon said in a telegram of condolences to the Iraqi Prime Minister Haider al-Abadi on Wednesday continued United Nations support for Iraq’s government and people in the face of the unprecedented security challenges.

He said that this terrorist act was the result of the continuation of the Government of Iraq in the liberation of the region after the other from the grip of terrorists and most recently Fallujah, Anbar, adding that the terrorists are resorting
The work aims to sow discord and sectarian divisions.

He stressed the importance that terrorists do not succeed in achieving their intentions, he said, “we must fight the scourge of terrorism to uphold the Iraqi laws and laws to respect the human rights of all Iraqis.”

The bombing “Karrada inside” the terrorist occurred in the first hour of dawn / Sunday / July 3 car bomb targeting the trade center and a restaurant on the main street of the area, “the Karrada inside”, which includes all the components and Iraq’s communities, and caused the burning and destruction of six buildings business by and shops.

He described the bombing as a terrorist incident Karrada heaviest witnessed in the Iraqi capital for a long time, especially that killed 168 and injured 185 in addition to the 81 bodies and roasted it difficult to identify the owners.

Baghdad / follow Baghdadi News / … announced the US Department of Defense (Pentagon) that the explosion, which killed, last Sunday, has killed 250 people in the Karrada district of central Baghdad, will be paid to accelerating the pace of its attack on the organization Daash in Syria and Iraq, but will not change in strategy the international coalition against terrorists.

A spokesman for the Department of Defense, the US, Peter Cook said that “Washington and Gen. Sean MacFarland, who leads the international coalition forces in Baghdad are” a close contact “with the Iraqi government after the massacre, but there is no plan to send more US troops to Iraq.”

It quoted “Agence France Presse” for Cook as saying that “tighten the screws on the organization Daash would undermine its ability to carry out attacks in Baghdad or other parts of the world.”

It is noteworthy that the Hntn sent special forces and additional military advisers to Iraq, so exceeded the number of US elements in Iraq 4 Alav.anthy 21 / T