A history of tragic days in Iraq 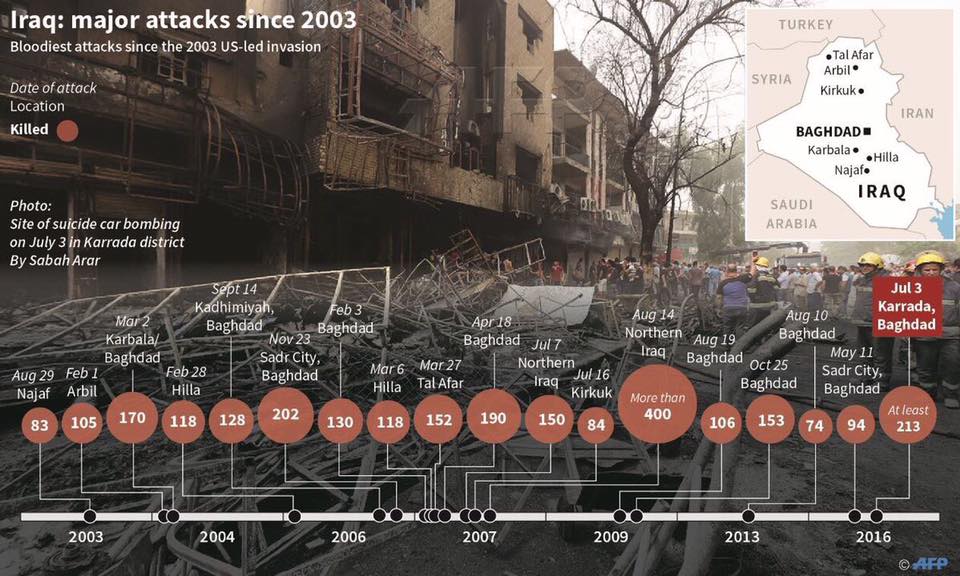 The Ministry of Agriculture announced on Tuesday the launch of loans provided by the Iraqi Central Bank by the ACB worth trillion and 650 billion dinars.

He said the Department of Relations and Media and International Cooperation in the Ministry, in a statement received (range Press), a copy of which, “The agricultural loans provided by the Central Bank of Iraq, launched by the ACB by 33% and the equivalent Trliuna and 650 billion dinars,” noting that “the Commission Supreme concerned completed the preparation of guidelines and instructions and regulations on agricultural loans, according to the functions and mechanisms of lending approved by the Prime Minister Haider al-Abadi, was preparing a detailed report for the preparatory phase. “

The statement added, “The approval of the launch of the electronic forms to apply for agricultural, industrial and residential loan application as stated recommendations of the preparatory phase of the Higher Committee for the loans of the Central Bank of Iraq, distributed on various projects including small, which aims to provide job opportunities for young graduates and women, including working on mechanisms raise the standard of living of citizens and move the wheel of development. “

The statement pointed out, that “the ministry circulated the launch of the electronic forms of agricultural loans to the departments and companies and districts have all dependent mechanisms,” noting that “Compendium Alaalt lending to small enterprises in the amount of 500 million dinars, and the middle three billion dinars and large that more than three billion dinars and not exceeding twenty billion, strategic projects that more than 20 billion dinars, where the loan is five years, except for the grace period is the amount of one year, with the introduction of the agricultural bank. “

The statement stressed that “the Ministry of Agriculture continuing to pursue scientific methods to develop the agricultural sector such as the National Programme for the Development of wheat and dissemination of advanced irrigation techniques and the transfer of modern farming methods to the status of agriculture field as well as the Iraqi government to provide soft loans to farmers and growers to relieve their shoulders and the advancement of joints agricultural work in support of our economy the National”.

The Cabinet was in (the 31st of May 2016), the program electronic industrial, agricultural and residential loans in accordance with the form of loans amounting to 6.5 trillion dinars.

[Oan- Baghdad]
received Prime Minister Haider al – Abadi on Tuesday a phone call from US Vice President Joe Biden, who gave his heartfelt condolences to the sinful terrorist bombing incident in the Karrada area, showing the US commitment to stand by Iraq to defeat terrorism.
Joe Biden praised according to a statement of the prime minister received by all of Iraq [where] a copy of it, “leadership courage to Ebadi,” adding that ” the success of liberating the land plans, underscores thedetermination to continue the effort, especially in the liberation of Mosul, stressing the readiness of the United States to support the Iraq “. He
also stressed Biden” support Iraq strongly at a conference of the international coalition countries to be held in Washington on 21 of this month, in support of restoring stability in the liberated areas of operations, and torespond to the needs of humanity. ”
as confirmed Abadi” the terrorists who commit heinous crimes against innocent civilians whenever they defeated on the battlefield at the hands of our fighters heroes, but what he has the terrorists in their criminal operations in Iraq, Syria and Europe, America, Istanbul and Medina and other aggressive emphasis on their approach. “
http://www.alliraqnews.com/modules/news/article.php?storyid=42489

{Karbala: Euphrates News} threshold Hosseinieh holy announced the completion of all preparations for the establishment of the Eid prayer ceremony tomorrow morning.
According to a statement of the threshold received by the agency {Euphrates News} a copy of it today that ” the threshold of the Holy Hosseinieh administration announces completion of all preparations for the establishment ceremony of Eid prayers tomorrow morning.”
He was the supreme religious authority Ali Husseini Sistani ‘s office {long live} has announced a proven legitimate vision the crescent of the month of Shawwal blessed albeit on Wednesday {07/06/2016} first day of Eid al – Adha days Alambark.anthy
http://alforatnews.com/modules/news/article.php?storyid=121487

He revealed the security committee in the Baghdad Provincial Council member Saad logistical, Tuesday, for the replacement of the ADE devices to detect explosives cars sonar.

It’s logistical / balances News /, that “devices” ADE “to detect explosives to now work is underway in the checkpoints until the alternative have brought.”

He added, logistical, that “devices” ADE “alternative will be the sonar cars that will be distributed to Sitarat Baghdad after the completion of a new security plan.”

The Prime Minister Haider al-Abadi may face in advance to withdraw sonar devices and failed to change the security plan for the capital of Baghdad after the terrorist bombing of the Karrada district of central Baghdad that killed more than 300 among the dead and wounded, “.onthy 29

A statement by the Office of Sheikh al-Najafi said in a statement received by the agency {Euphrates News} a copy of it today, “given the proven vision of legitimacy in several regions of the world, announces the central office of Grand Ayatollah great religious authority, Sheikh Bashir al-Najafi be on Wednesday 07.06.2016 is lunar month of Shawwal holy “.anthy

supreme religious authority , office of Grand Ayatollah Ali al – Sistani announced that on Wednesday is the lunar month of Shawwal.

And this will be tomorrow , the first day of Abd al – Fitr.

Announced several Arab and Muslim countries that tomorrow is the first day of Eid al – Fitr.

Polish F16s are on their way to #Kuwait for reconnaissance mission within @CJTFOIR. Ready to help to #DefeatDaesh. 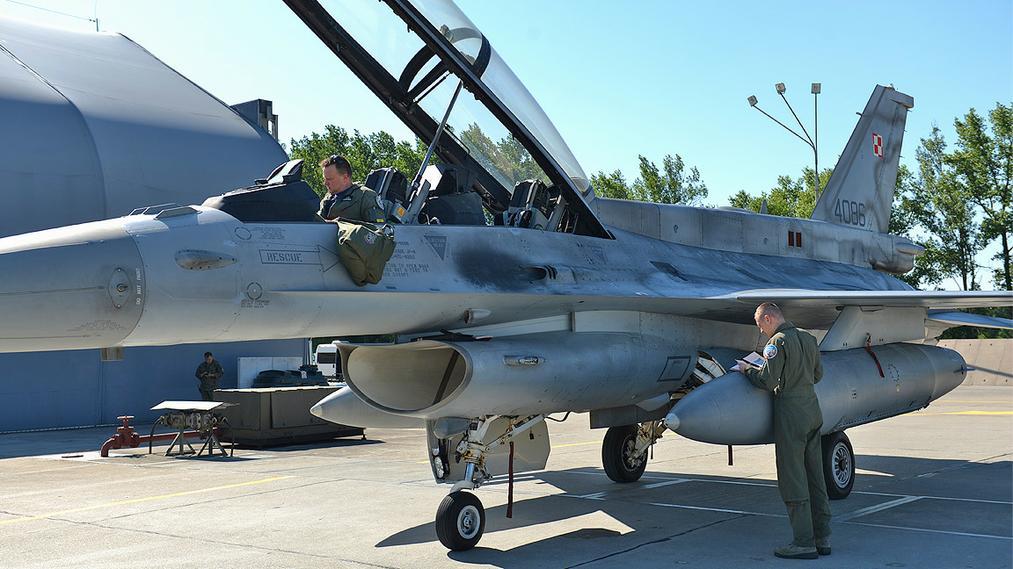 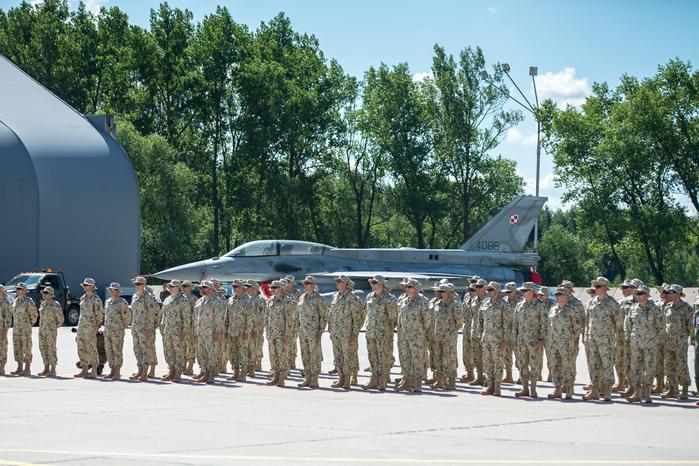 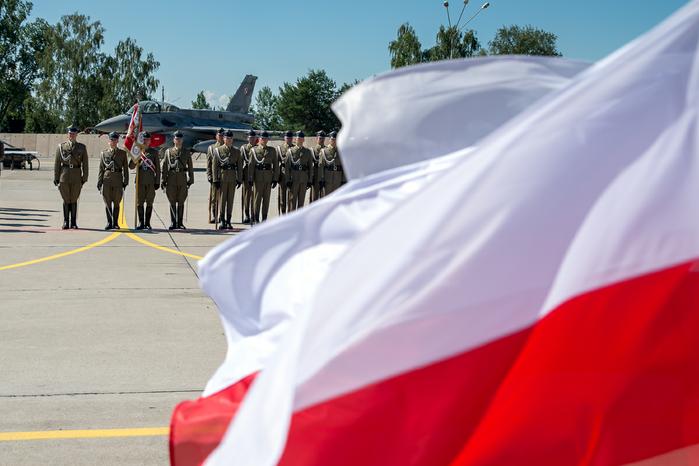 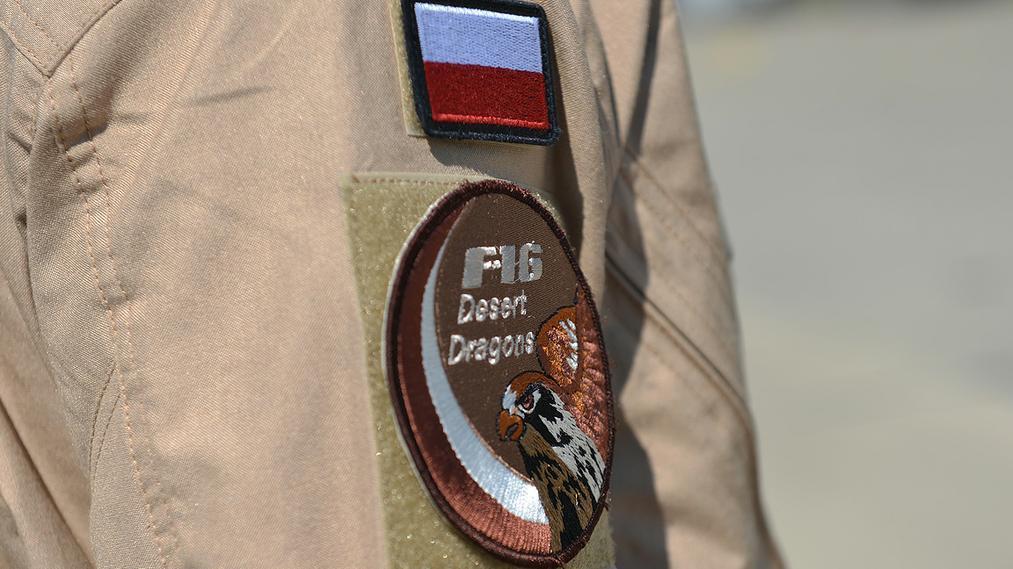 BAGHDAD / JD / .. announced the Ministry of Labour to secure the amount of benefits and social protection, while confirming that the coming days will see the second installment salaries for months Exchange (in April and May and June).
A spokesman for the Ministry of Labour Ammar Menem said in a written statement received / JD / copy of it: that the ministry would like to reassure the beneficiaries and beneficiaries who receive subsidies of social protection that the ministry is continuing efforts yielded obtaining the approval of the Ministry of Finance to ensure amount of social benefit for the second installment of the months (April and May and June ).
He noted that the ministry is continuing in its efforts to complete the procedures for the amount of financial redeploy to Rafidain Bank and will be done over the next few days, God willing, will then determine the launch date of the subsidy it is hoped to be during the fourth of July present a third. Adding that the Ministry of Labour as it turns out these facts and set them in front of the audience, but it comes out of its keen interest in providing all the support to vulnerable segments of society.
The Ministry of Labour and Social Affairs strives to launch the second installment of the amounts of social benefit and for three months (April and May and June) the end of the current month of July after the ministry obtained the amounts for securing subsidy by the Ministry of Finance approvals.
She said Director of Social Protection Fund Jacqueline Salioh that these steps require a week to ten days in normal circumstances, but the launch of the amounts by financial coincided with the holiday-day Eid holiday on Saturday and Friday as well as the private banks, which is usually after 30/6 for all banks of Iraq’s annual inventory, all this would delay the launch of subsidy distribution of salaries.
She added that the Ministry of Labour and also made it clear more than once that it has completed its willingness to launch a social subsidy salaries but this subject is limited to banking financial procedures and can not be any point of the accelerator by being must take its course and time, saying the ministry has sought hard for the disbursement of the subsidy before the end of the month of July present.
Confirmed Salioh the effort made by all the cadres of the ministry of the youngest employee to the President of the Commission and General Managers where as well as senior agent and all those responsible for this subject and A_khashm minister, who was keen to follow up the issue remotely and continuously in order to speed insurance payments to beneficiaries. She also noted the role of the prime minister and his response to the appeal of the Ministry of Labour prompted him to intervene personally, especially after a visit to an orphanage recently and who face turn crisis cell and one of its members, Finance Minister Hoshyar Zebari stressed the need to secure the funds as soon as possible. / End / 22 /
http://translate.google.com/translate?depth=2&nv=1&rurl=translate.google.com&sl=ar&tl=en&u=http://www.dananernews.com/News_Details.php%3FID%3D7578

BAGHDAD / JD / .. The Commission on the economy and investment representative, said that the terms of the International Monetary Fund for Iraq in exchange for granting the loans easy and the Iraqi government can implement.
A member of the committee MP Ahmad al-Kanani told / KD / the IMF loan and $ 15 billion for Iraq if achieved, this is an achievement for the Iraqi government on the grounds that this amount shall not be granted to any state which, but for the countries that have a high confidence of the International Monetary Fund, which means that Iraq has begun to regain its place among the world countries.
He added that the conditions under which all imposed by the International Monetary easy and pour the interests of the Iraqi economy, stressing that the Iraqi government is able to implement these conditions and recognizes Ata.anthy / 8 / loan
http://translate.google.com/translate?depth=2&nv=1&rurl=translate.google.com&sl=ar&tl=en&u=http://www.dananernews.com/News_Details.php%3FID%3D7578