[Wayne-Baghdad] was
able to fly from the destruction of Iraq ‘s objectives and command headquarters for Daash in Qaim.
A statement by the cell media Harbi received by all of Iraq [where] a copy of it on Saturday it was “based on the information cell hawks intelligence and body intelligence Joint Special Operations Command directed F-16 Iraqi resulted in the destruction of the targets and the headquarters of the command and control of Daash, and Qaibdthm significant losses to persons and equipment in air strike based in Anbar. “
http://www.alliraqnews.com/modules/news/article.php?storyid=42179 The US Department of Defense Pentagon, they killed the deputy minister of war and military leader organizing ‘Daash’ air raid near the Iraqi city of Mosul on 25 June.

He said Pentagon spokesman Peter Cook in an official statement, said that ‘their deaths in addition to the raids against al Daash other leaders during the month the latter has seriously limited the leadership of al Daash experience in Mosul and removed two of the largest members of the armed forces in northern Iraq.

‘ said Cook, that’ the attack near Mosul , killing as Mohammed Ahmed Sultan Albjara deputy war minister who oversaw the takeover Daash on Mosul in 2014 ‘,

adding that’ the other member of the organization Daash Alveguetll in the attack , Hatim student – Hamdani , a military commander in Mosul. ”

It is worth mentioning that Daash attempts to extend its control in Iraq and Syria has become a nightmare threatens the whole world, as several countries expressed concern and fears about such attempts.

Declared the fight against terrorism, a commander Lt. Gen. Abdul-Ghani al-Asadi, Saturday, for the approaching military forces from the road to the “hand Qayyarah” south of the city of Mosul, while noting continued progress toward the goals set for them.

Asadi said L / balance News /, that “provides security forces in northern Salahuddin areas is going according to plan as planned,” adding that “security forces close to the road leading to the hand Qayyarah south of the city of Mosul.”

He added, “There is a high probability that the Qayyarah be the next destination for military forces as an important goal.”

He pointed to “the determination of the security forces to go on to other targets to release it after the completion of Qayyarah.”

The security forces in the northern Salahuddin areas locked in fierce battles against the “Daash” terrorist gangs cleared to fully restore the displaced families that those areas. is over

Announced the governor of Salahuddin province, Ahmed al-Jubouri, Saturday, security forces provide depth of 20 km toward the city of Mosul, referring to the escape of dozens of elements Daash to the city center.

He said al-Jubouri, in a statement, “tomorrow Press”, a copy of which “has received offers military and counterterrorism popular crowd, with support military aviation around the city of Mosul, a depth of 20 km, where she had liberated the power of editing Tlul area Alpag and advanced towards the administrative border of the city of Mosul in the north in depth 20 km. “

“The engineering effort edits the extra duties such as opening screens repulsion and Demining and dismantling IEDs and set up screens bodice with the enemy.”

“The editing operations are still going on and progressing toward its goals are good and that elements of the terrorist organization the status of complete collapse.”

He said al-Jubouri, the “escape of dozens of members of al-Daash toward the center of the city of Mosul.”

, A senior source revealed on Saturday that House Speaker Salim al-Jubouri sue the Karkh district court against the 10 MPs from the reform front.

The source said the parliament speaker Salim al-sue MPs Front reform on charges of incitement to break into the House of Representatives and hold a parliamentary session illegal.

The source added that the claims made for the resumption of the Karkh Court, noting that the political blocs has rejected these measures and saw it more than the parliamentary crisis complicated.

The number of MPs have demanded, collecting signatures to dismiss Parliament Speaker Salim al-Jubouri, after the Federal Court issued its decision that the two sessions April 14 and 28 are unconstitutional, which re-Jubouri and his two deputies to the presidency of the parliament.

{International: Euphrates News} Oil prices rose on Friday and Brent crude world record the biggest weekly increase since mid-May / May as investors purchase centers to form before the start of the third quarter of trading.
The market shrugged off a report from Baker Hughes oil services company showed a fourth weekly increase in the past five weeks in the number of oil rigs operating in the United States. The report said that energy companies increased the number ofoil rigs by 11 rigs this week, the biggest gain since December.
Phil Flynn , analyst at Price Futures Group brokerage in Chicago that ” the rise in the number of oil rigs refers to the production of higher but we still are low by more than 300 digger for the number that was running a year ago , but this is not a feel seriously concerned by the rise in the current time. ”
ended Brent contracts for earliest trading session higher 64 cents , or about 1.3 percent to a record at the settlement of $ 50.35 a barrel after they had landed one entitlement percent in the early session.
the US has stepped up Brent crude West Texas intermediate contracts for 66 cents or 1.4. Percent to $ 48.99 at the settlement.
Investors to buy oil and accept after profit – taking in the previous session to take advantage of the largest quarterly increase in seven years. Crude prices have jumped about 25 percent in the second quarter of the year.
The recovery of oil on Friday as the dollar fell 0.5 percent against a basket of major currencies , which makes commodities denominated green currency less expensive to holders of the euro and the currencies Alakhary.anthy
http://alforatnews.com/modules/news/article.php?storyid=121169

{Baghdad} Euphrates News saw the economic and investment commission in Parliament member Abdul-Karim al-Naqib, the need to re-interest markets cooperative {Central} for control of commodity prices, especially with the near occasions and holidays.
He said the captain told {Euphrates News} ” The two factors affect the prices , one intervention of the Ministry of Commerce to provide a cooperative markets to deliver goods to consumers at affordable prices, in order to fill a need citizen occasions and holidays, etc., and the worker the other terms of the private traders sector, as they should have been high morals of them from the case of greed and exploitation of theneeds of citizens in such circumstances, where no matter how interfered government imposed censorship there remains a substantial margin is controlled by the private sector in the market. ”
he stressed that” the cooperative market factor is the Ministry of stalled trade projects, and did not do, which is large institutions to shop and they are everywhere, and it can goods to citizens provide and prevent the greed of merchants, and activation of these markets regulated by the market. ”
It is said that clothes and commodity prices are Mlhod rose with near Eid al – Fitr, the burden on the citizen in the light of the economic crisis , which passes the country, which requires taking serious and quick steps to stand against the greed of some traders who are trying to raise prices .anthy 1
http://alforatnews.com/modules/news/article.php?storyid=121165

{Baghdad: Euphrates News} Iraqi ports company imported advanced equipment to check vehicles entering it.
According to a company statement, the agency {Euphrates News} received a copy ofit, that ” the devices developed inspection and reached the port, your checking under vehicles for trucks entering and leaving the ports and has cleared Alkmarki procedures are then installed in their allocated places in order to complete theirsecurity measures.”
He noted to “monument scanners {echo sounder} in the gates to check the trucks which empty and loaded with goods received.”
it pointed out that ” the Iraqi ports began some time ago are racing to apply all of theinternational Code vocabulary to maintain the safety of ships and their goods and sailors working on” .anthy
http://alforatnews.com/modules/news/article.php?storyid=121167

[Where – Baghdad]
Oil Ministry announced on Saturday July 2, 2016, for the export of the first shipment of liquefied gas through the port of Umm Qasr in southern Iraq.
Said Undersecretary for gas industry Hamid Younis, in a statement received by all of Iraq [where] a copy of it, during a ceremony held on this occasion that the exported quantity of 2000 tons , which in turn represents thefirst step towards making the best investment of the associated gas for oil operations and the gate to go to markets global by exporting surplus quantities for the need for Iraq, describing the move achievement historical economic and oil and event especially as it comes under the security and economic challenges facing our country in general and the oil sector in particular. ”
he added that” the ministry attaches great importance to the gas sector , which has seen over the last period great development and an increase in liquid gas production and access to self – sufficiency , where daily production rate of 5,000 tons per day, as well as exporting several shipments of condensate within the petrochemical industries as well as the growing dry gas production and cover a good percentage of theneeds of power plants throughout the Iraq, he said . “this came thanks to the strategic plans for gas investment and increase production of it.”
for his part , Director General of the Basra gas Company , Simon Diamond , said that ” the Basra gas Company is proud today to this event which was the result of the efforts of workers in this company that hasbeen working for three years to invest Algasalmassahab of three oil fields in Basra province, and thecompany is working hard to implement plans aimed at achieving a gradual increase in production rates.
the ministry spokesman , Assem Jihad , according to the statement that Iraq is a promising country in theproduction and the gas industry and possesses enormous wealth and a large gas reserves associated petroleum operations , which accounts for 70 percent of national production while constitute free gas 30 percent.
Jihad said that ” the ministry is working on Tazizmouka Iraq on a map producer and exporter of gas in theregion and the world through the optimal investment to this wealth, noting that the ministry has succeeded during the period past convert a good percentage of the burned energy into useful energy supply the energy today and cement factories and other plants, and that Iraq is seeking additional financial revenues , along with accruing from the export of crude oil revenues. ”
http://www.alliraqnews.com/modules/news/article.php?storyid=42167 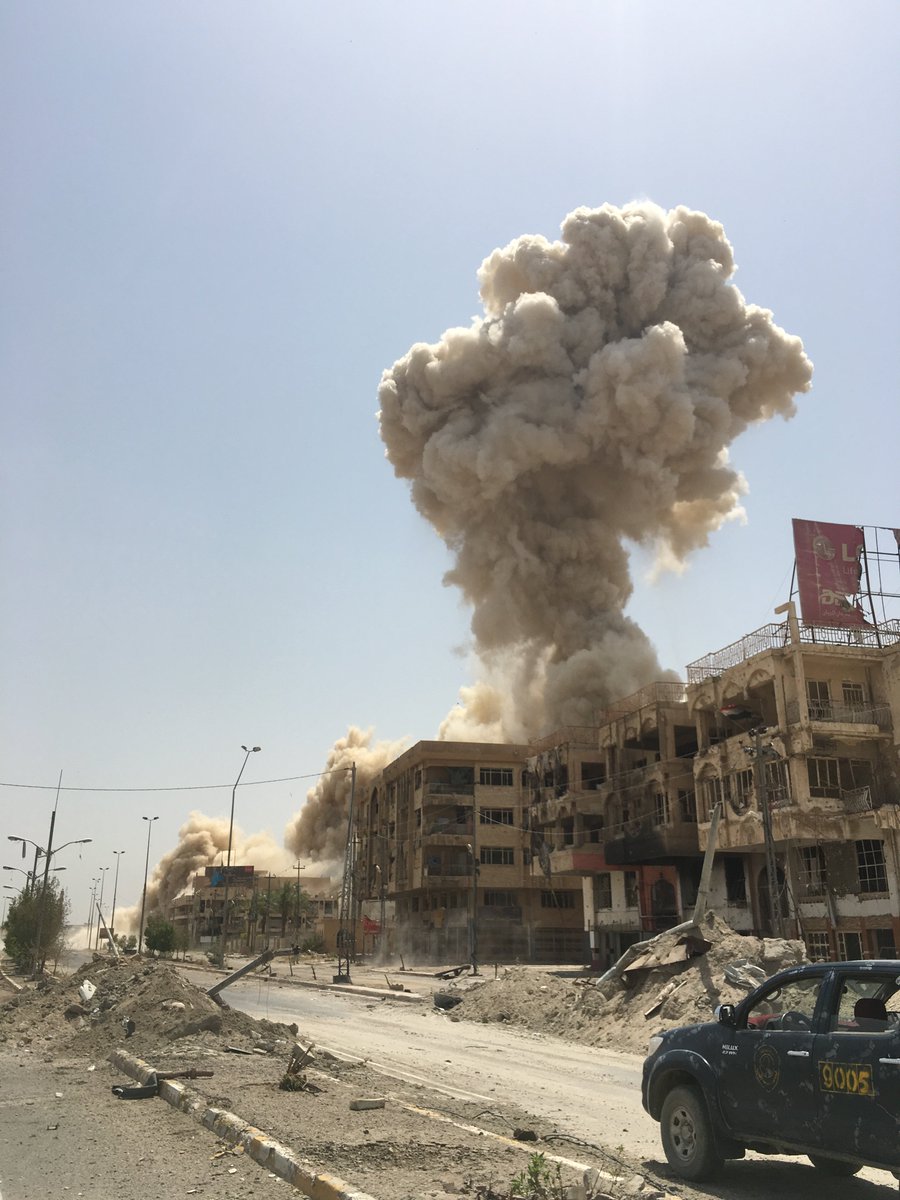