Iraqi Central Bank announced on Friday that Iraq “will seek to postpone the payment of debts owed ​​to the Paris Club of creditor nations , ” confronted with a liquidity crisis caused by the weakness of oil prices in addition to the cost of the war against al Daash.

He said the central bank said in a statement that Iraq will be asked to postpone payment until 2019 , while expected to receive financial support from the International Monetary Fund over the next three years.

Most of Iraq ‘s sovereign debt was agreed upon during the previous regime , which was overthrown by US – led invasion in 2003.

According the appearance of favor Almsschar financial to the Prime Minister, the Iraq ‘s debt owed ​​to foreign governments $ 15 billion , including nine billion to Paris Club members.

Iraq also issued sovereign bonds worth $ 2.7 billion worth in 2028.

He gave the international Monetary Fund in May , preliminary approval to provide $ 5.4 billion over three years to help Iraq -aledo Organization Aopk- to bridge the budget deficit.

[Oan- Baghdad]
Nineveh Governor Nofal Hammadi Sultan announced the starting officially form the crowd clan of the province and start the registration of volunteers for training camps within the liberalization process of the city of Mosul preparations Daash terrorist gangs.
The Sultan said during a press conference along with Brigadier General Louis Joseph commander of theheadquarters controlling the crowd tribal building Nineveh province swing in Arbil on Friday, “officially announced the formation of the crowd tribal province of Nineveh associated with the federal government , ” noting that ” the province of Nineveh will receive volunteers for joining the camps Altdrebb of order to speed up Bttaghizehm a view to their participation battle of liberation of Mosul. ”
He said the Sultan during Almatmralve attended by the deputy governor Abdul Qadir Sinjari good Allaf” was theissuance of customs clearance crowd clan , which includes all the people of Nineveh rate of 15,000 degrees and careers according to the guidelines developed for this purpose , “noting that” there are committees from thefederal government and the Kurdistan region in order to speed up the completion of the crowd , who do not accept that politicize any political party transactions. ”
for his part, headquarters commander controlling the crowd clan of Nineveh Brigadier General Louis Joseph – It belongs to a component – Christian” there are five camps dedicated to training the crowd clan , some ready and another under construction and there are numbers fight alongside Iraqi forces for months , are part of the crowd clan linked Authority popular crowd in Baghdad , administratively, financially and led joint operations militarily. ”
He said Yusuf” there is a form volunteered launch , headed by the governor and scrutinize security positions for volunteers by the province and the federal government and then an order to the administrative acceptance ofvolunteering for going after joining the training camps. ”
He added that” the international coalition forces will provide most of the supplies and weapons, according to thebattle that will be fought the crowd clan. ”
declared the province of Nineveh opened the door for volunteering in the ranks of the crowd clan of Nineveh.
according to the governor of Nineveh ‘s office in his on the social networking site [Facebook] that “it finds in himself the ability to join in the ranks of the crowd tribal audit Headquarters alternative to the province of Nineveh , the city of Arbil to fill in the forms for volunteer and bring a copy of the official archives of the recording.”
He pointed out that “there is a committee formed for this purpose and will be delivered forms in specific registration sites and identified Nineveh province also my alternative conservative in the provinces of Dohuk and Kirkuk to register and to provide volunteers transactions. ”
the chief of the crowd , National security adviser Faleh al – Fayad, last Monday, the presence of 15,000 fighters from Mosul sons will participate crowd clan of Nineveh in the battle edit province Daash terrorist gangs.
http://www.alliraqnews.com/modules/news/article.php?storyid=42106

Tomorrow Press / follow-up:
Announced, Prime Minister’s Advisor for Saon financial fundamental, the appearance of Mohammed Saleh, for fiscal policy, on Friday, said that the government’s investment in the energy sector amounted to about $ 21 billion during the current year 2016 problem 13% of the volume of gross domestic product.
He said Saleh told the “Anatolia” news, and followed “Tomorrow Press” that “oil investment has developed in Iraq during the current year, especially in the central and southern regions of the country, and oil exports now reached the ceiling set in the budget of 2016 by 3.6 million barrels per day.”
Saleh pointed out that “the total government investment in the energy sector currently stands at about $ 21 billion and constitute 13% of the size of gross domestic product, in addition to private-sector, which accounts for about 8% of the gross domestic product investments.”
He continued that “the current oil production volume in the whole of Iraq amounted to 4 million barrels of oil per day, while exports amounted to 3.6 million barrels per day, which led to large amounts Maahklh raise the proportion of energy profile of the country’s gross domestic product.”
Iraq is the second largest oil exporter in the Organization of “OPEC” and relies on crude exports to finance about 95% of the state’s expenses.
The Iraqi government has resorted to raising the sales tax on imported goods in order to strengthen the fiscal revenue to dismiss the size of the financial crisis faced by the country as a result of low oil prices in world markets to below the ceiling of $ 50 per barrel each.

{Baghdad: Euphrates News} Oil Ministry announced preliminary total exports of crude oil and the revenue generated for the month of June.
He said ministry spokesman Assem Jihad , in a press release agency {Euphrates News} received a copy of it today that “according to preliminary statistics released by the Iraqi Oil Marketing Company {Sumo}, the total volume of oil exports for themonth of June of the central and southern fields amounted to more than {95} million and {260} thousand and {683} barrel {Ninety – five million two hundred and sixty thousand, six hundred and Eighty – three barrels}. ”
saw fiscal revenue rose slightly this month compared with last May, reaching more than {3} billion {845} million and {387} thousand dollars {three billion, eight hundred and forty five million, three hundred and seven and eighty thousand dollars}.
Jihad said that ” the price of a barrel averaged {40.367} dollar.”
He said Jihad said the “daily exports from the southern ports averaged more than { 3 million} and {175} and {356 thousand barrels}, while not issued from the northern port Ceyhan {} across the Iraqi oil marketing company SOMO {} because of the lack of commitment to the region ‘s oil agreement with the federal government .anthy 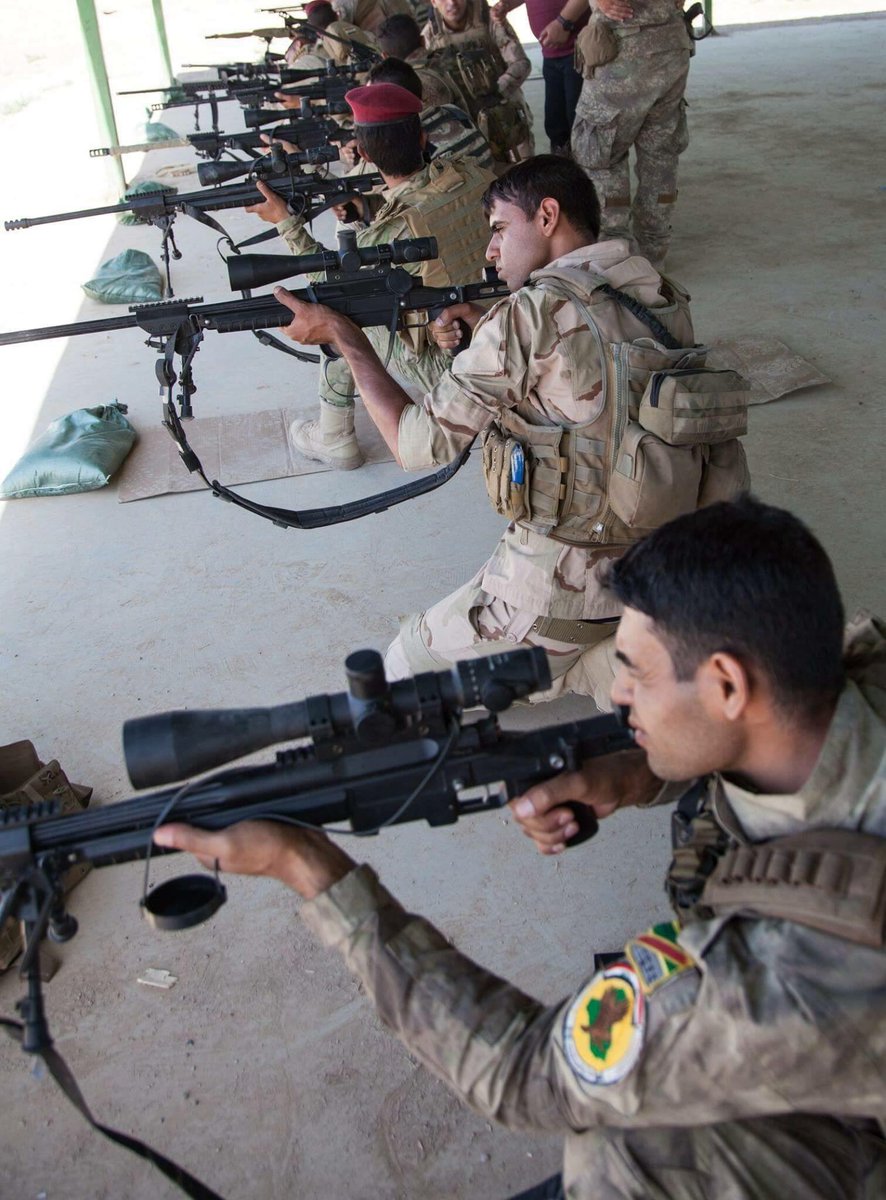 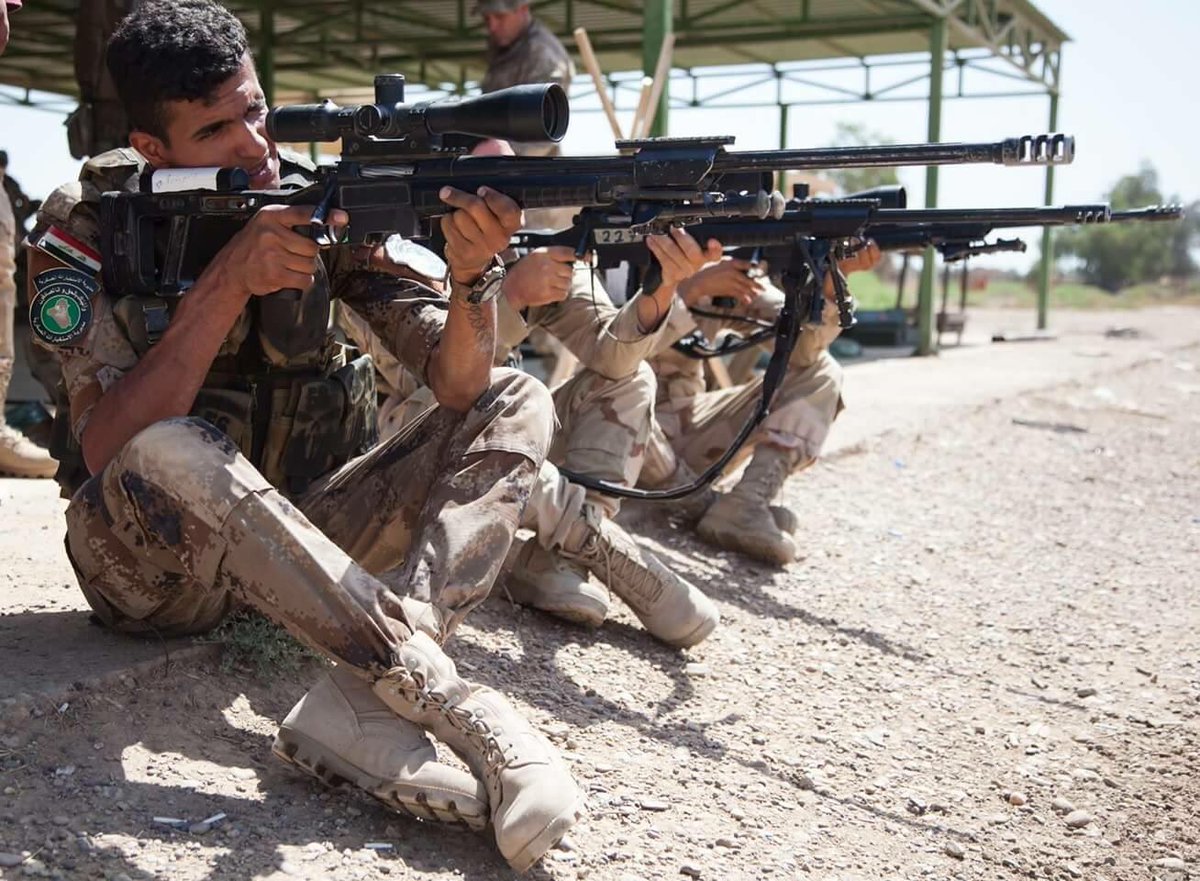 [Oan- up]
US Energy Secretary Ernest Moniz said on Friday are expected to experience the world oil market balance between supply and demand by 2017 , although it will continue to enjoy sufficient supply over the next two years.
In remarks to reporters after a meeting with his Saudi counterpart Khaled al – Faleh on the sidelines of ameeting of energy ministers from the countries of the Group of Twenty in Beijing Moniz he said they agreed that the supply in the oil market still exceeds demand despite the factors affecting production in the short term.
He said Muniz , “What were not there major surprises we are still in a situation where production exceeds demand, the gap is narrowing with global demand growth gradually. ”
he added , ” what he said [Falih] is that the balance between supply and demand could be achieved at theend of this year, this is logical, but it may also be in the next year and, when achieving such a balance , there will still be a large supply because of the abundant reserves , which amounted to historical levels. ”
US energy Secretary said , ” that with the recovery of prices to a level between $ 50 and $ 60 a barrel will be used more rigs and complete more wells in the United States after it trimmed companies produced with thedescent of crude below $ 40 a barrel. ”
he continued , ” then look like the market is structurally in very good supply and there is no reason to believe that there will be significant changes over the next two years. ”
with regard to oil policy Moniz said , ” Falih explained Saudi Arabia is looking for long – term framework for setting prices in the oil market depends on the movement of the market and not the quota. ”
He stressed Muniz during a meeting of the Group of twenty this week that” the United States supports a time frame to get rid of fossil fuel subsidies by the middle of the next decade or 2030 , but countries did not agree on the time frame for lifting the progressive support. ”
he urged officials from the United Nations and the European Union in addition to the 200 NGOs twenty this week set to put an end to talks – year and follow the example of the Group of seven industrial nations in setting a date for the removal of subsidies for coal, gas and oil.
the minister said American that with the increase in LNG from Australia ‘s gas supplies and proceed to theUnited States in the liquefied natural gas export weaken the link between liquefied natural gas prices and oil prices , which means that there will be the most competitive prices in the spot market.
he added that this will be beneficial to China , which sees natural gas as an effective way to reduce emissions.
http://www.alliraqnews.com/modules/news/article.php?storyid=42099

[Oan- Baghdad]
cleric Moqtada al – Sadr, said that “much closer to the conviction that people might want to corruption.”
He said al – Sadr in response to the one question of his followers about the continuation of corruption ,despite the departure demonstrations and the government ‘s response to their demands, saying: will the people ‘s will, and bit closer to the conviction that the people might want Malversation forbid Allah, authorized: How can you Jul you. ”
It was Sadr has called for popular demonstrations and the sit – in tent in the green , ” an expression of Ctaj for the continuation of corruption and delayed implementation of reforms” adopted by Prime Minister Haider al -Abadi since August 2015 that the region
held Abadi reshuffled part of his government amid objections protesters deputies from different political blocs
and evolved demonstrations to break into demonstrators green zone and the parliament building , causing apolitical crisis.
It seems that the Federal Supreme Court ‘s decision, the latter not to the protesters of Representatives hearing the constitutionality of the 14 of April to dismiss the parliament speaker Salim al – Jubouri, and to consider thereshuffle hearing on 26 of the same month, it will be a way out of the crisis and Anaaked unified session of Parliament.

{Baghdad} Euphrates News held the first Friday prayers in the district of Fallujah imamate head of the Sunni Waqf, Sheikh Abdul Latif Alhmam.
According to informed sources told {Euphrates News} today that “the Friday prayer, which is the first after the liberation of Fallujah of terrorist gangs Daash erected in the biggest mosques in Fallujah were attended by a number of clerics and leaders of security and a crowd of citizens,” .anthy
http://alforatnews.com/modules/news/article.php?storyid=121071