General Company for Ports of Iraq decided on Saturday to work to apply the list of tariff revenues and new wages for 2016 , starting from June 25 this month.

He said the flags of the ports company director Anmar Abdul Moneim net in a press statement today that thenew edition in English will be distributed to companies and agents ships Taom ships Iraqi ports . ”

the General Company of Iraqi ports has announced the fourth of June , and to postpone the work schedule oftariff revenues and wages to the twenty – fifth of this month after it was scheduled work out in the 15 of the same month of the reasons for returning to private vessels operating in the ports and maritime agents working conditions.

Over 1,500 #ISIS fighters trying to flee with civilians from #Fallujah have been arrested in screening camps 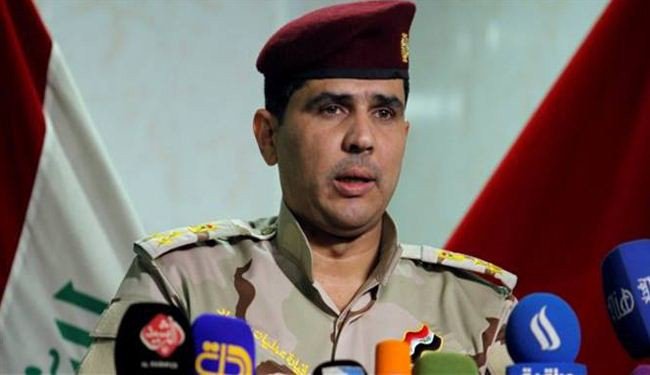 Twilight News / ft Patriotic Union of Kurdistan party, the Movement for Change, a new project to resolve differences and outstanding issues between the KRG and the federal government, according to a statement issued by the Information Office of the Prime Minister Haider al-Abadi said on Sunday.

The statement said al-Abadi met in his office on Saturday, a delegation of the coalition of the Patriotic Union of Kurdistan and the Movement for Change.

The statement added that during the meeting, they discussed political, security and economic situation and the relationship between the federal government and the Kurdistan region and solving the problems according to the law and the Constitution, noting that the delegation presented a new vision and a project for dialogue to resolve these problems.

The statement continued that he was stressed and agreed on the importance of activating the work of the legislative parliament and ministerial oversight, work and support reforms to move the country to the right path.

In a second statement issued by the press office of Ebadi, the latter met in his office on Saturday, the French ambassador in Iraq Marc Barpetta.

The statement said that during the meeting, they discussed ways to strengthen bilateral relations between the two countries, political, security and economic conditions and the victories achieved on Daash terrorist gangs and the importance of increasing international support for Iraq in its war against terrorism.

[Oan- Baghdad]
Parliament Speaker Salim al – emphasized the importance of planning for the post – Daash terrorist gangs and the importance of building and reconstruction.
A statement by his office received by all of Iraq [where] a copy of it, that al – Jubouri , “met on Saturday evening crowd included elders and notables of the families of the province of Kirkuk, and accept theaudience for House Speaker what ails their wallets from breaches in security aspects, demanding the security forces of the importance of maintaining the sanctity of mosques and not leaving it currently ongoing threats, also emphasized the need to open safe corridors for displaced people so as not to be vulnerable to gangs Daash. ”
the President of the parliament that” the importance of planning for the next stage and beyond the demise ofDaash after the liberation of areas, “stressing that” this stage which should be everyone ‘s participation to build a project of the same country. ”
as al – Jubouri said that” there are participants with us to build this country and all within the privacy that complement your social diversity of every individual, “he said , adding” it is not still say that the treatment of dysfunction vision of a comprehensive national, and the order of priority, and the transition from deeds to words , to ensure the desired success. ”
http://www.alliraqnews.com/modules/news/article.php?storyid=41605

Member of the Commission declared the economy and investment representative, on Saturday, for the provision of financial liquidity in the government banks to pay the dues of contractors by 40%, while stressing that the remainder of the dues will be launched after the completion of the audit of projects by the Office of Financial Supervision, A statement, issued by a member of the Committee of Economy press office and the parliamentary Investment, Ahmed Salim Kanani, and received a (long-Presse), a copy of it, that “Kanani attended the special committee meeting to put entitlements Contractors Exchange through government bond mechanism in the presence of Chairman of the Committee and Planning Minister Salman Jumaili The rest of the members of the committee. ”

He said Kanani, according to the statement, “The meeting discussed a number of things from them, that the bond covering 40% of the dues payable at an interest rate of 5% per annum payable exchange after three years rather than two years,” stressing that “financial liquidity has been provided in the banks, Rafidain and Rasheed and Trade liquefaction of all bonds and by 40% of the dues Almquaoliyn. ”

The MP for the rule of law, Salim Ahmed Kanani, that “the rest of the 60% of the dues will be paid after the completion of Supreme Audit scrutiny of these projects, as requested by the International Monetary Fund,” noting that “the audit has been completed up to 87% so far.”

And on the mechanism and procedures pertaining to government bonds, said Kanani, said that “after the arrival of lists of benefits to the Ministry of Planning and vets are sent to the Finance Ministry, which will send a book exchange to the central bank, which will be spent bonds to the contractor and can go to any of the bank governance or Mesopotamia or trade to be converted to liquidity. ”

He Kanani, said that “the next step involves the Ministry of Finance to start sending written exchange to the central bank for the first meal lists have been received already from the Ministry of Planning before Eid al-Fitr,” pointing out that “this meeting came to retrieve Almquaoliyn rights, and resolve a financial crisis hit out a lot of companies. ”

And between a member of the Investment Committee and the parliamentary economy that “legal procedures and audit and will supplement the bond exchange as soon as.”

The Council of Ministers, approved in the (14 June 2016), the launch of dues contractors by 50% of the total dues down first, and to report the implementation of the first chapter of the general budget in 2016 for the House of Representatives.

The Ministry of Finance and Economy in the Kurdistan Regional Government

1. The Ministry of Finance and Economy

2. The Ministry of Transport and Communications

3. The Ministry of Planning

4. The Ministry of Natural Resources

7. Kurdish areas outside the region administration

{Baghdad} Euphrates News security forces managed on Saturday to raise the Iraqi flag over the health clinic in the Heights neighborhood north of Fallujah.
A statement by the cell-Harbi media agency {Euphrates News} received a copy of the “commando sixth band managed to raise the Iraqi flag at the health clinic in the northern neighborhood of Golan Filojh.anthy
http://alforatnews.com/modules/news/article.php?storyid=120561

.alsdr Warns of “fragmentation of the European Union” and threatens to “join” the demands for the resignation of presidencies