Twilight News / source in the leadership of the Liberation of Nineveh operations said on Monday that the army was able to make further progress south of the city of Mosul and regain control of the areas controlled by the terrorist organization Daash.

The source said the Twilight News, Iraqi army forces, backed by air from the international coalition aircraft managed to free the village of Khirbet Cantaloupe within villages Haj Ali, south of Mosul.

Iraqi army forces stormed earlier in the day villages south of the city of Mosul strategy, which is battling with the terrorist organization Daash there.

A source in the Nineveh operations command for Twilight News, he said the military cuts in the band 15 and 37 Armored Brigade and the attribution of the international coalition aircraft raided villages Haj Ali, south of Mosul.

The military official revealed on Sunday for the southern city of Mosul to isolate areas for Salahuddin province.

The governor of Nineveh Nofal Sultan announced yesterday morning for the start of a military operation to free the villages south of Mosul.

He said the Sultan of Twilight News, and among these “battle will be very different from previous battles, especially after the arrival of the post Armored Brigade, which arrived a few days ago to a drunk driving where edit Nineveh operations headquarters.”

For his part, the commander of Nineveh operations Najim al-Jubouri for Twilight News, said the security forces were able to break the first line to block militants Daash and enter the village, the ruins of the hand Qayyarah south of Mosul Jabr

Meanwhile, a military source said the Twilight News, said the crowd tribal Iraqi army take part in military operations and the pieces stand on the outskirts of the villages devastated cantaloupe, Haj Ali, south of Mosul.

[Oan- follow] the
United States launched a strike in Iraq on Monday against a target continued to organize Daash using Apache helicopter for the first time since US President Barack Obama authorized for use in offensive operations earlier this year.
He declined to US Secretary of Defense Ashton Carter to disclose details about the operation , saying only that its objective is to support the Iraqi forces taking up positions in preparation for the process of the restoration of thecity of Mosul of al Daash.
He asked not to be named , a US official said the two helicopters carried out the mission , but the blow destination Apache helicopter one where he opened fire on a vehicle on the ground.
http://www.alliraqnews.com/modules/news/article.php?storyid=40465

Special / Economy News / Baghdad …..
He received the Governor of the Central Bank of Iraq on the Keywords Sunday edition of the first book of the legislation regulating the work of private banks in Iraq, which includes all laws and regulations relating to banking work.
The book was handed over to the conservative delegation from the Iraqi private banks association comprised of the Director of the Association Executive Director Tariq Ali and legal adviser Tariq Laos.
He announced Maderaltnive Association during the meeting that this book is the first step in a project Association plans to be implemented include the issuance of other legal references,
For his part, he said the book is intended Laos Tariq this reference that will contribute to the Thvezaji in the banking sector to refer to the correct legal texts, and the adoption of a single document brings together all legislation to make it easier for them to reach the required information.
He praised the governor of the Central Bank of the effort of the number of the book, pointing out the importance of a legal reference to facilitate access to the required information, stressing the importance of the launch of an electronic version of the book and updated on an ongoing basis

Revealed the official spokesman for the international coalition, Christopher Garver, on Monday, for the number of US fighters in Iraq, which are thefunctions of training, equipping and attribution. Garver said, during a press conference held in Baghdad, attended by “Tomorrow ‘s Press,” that ” theinternational coalition carried out more than 460 an air strike during thepast four weeks in Iraq , “explaining that” the alliance carried out 233 air strikes against Daash in Syria in the same timeframe during the past four weeks. ” He stressed that” the number of US fighters in Iraq reached 6,600 fighters are training tasks, processing and attribution. ” among the coalition executed “81 airstrike against Daash in recent weeks in Fallujah, in addition to the three strikes carried out, on Sunday.” He stressed , ” wedo not have a minute to Daash preparation in Fallujah , but the number isestimated in the hundreds to two thousand fighters.” He explained that “Marines in drunken left Iraq and replaced the unity of the US military based attribution fiery artillery and Iraqi forces and the same the previous issue. ”

[Oan- Baghdad]
destroyed Airways International Alliance of dozens of oil tankers to terrorist gangs Daash southeast of the city ofMosul.
A statement by the cell – Harbi media received by all of Iraq [where] a copy of it, “Based on the security device information Aloutnedmr Airways International Alliance of dozens of tanks to Daash in the refinery Qayyarah in Mosul.”
He added that the raids “killed a group of Daash they are present in the same location . ” .
http://www.alliraqnews.com/modules/news/article.php?storyid=40455

[Oan- up]
Secretary – General of the Arab League Nabil al- Arabi on Monday praised the tireless efforts of the Iraqi government and military forces and security agencies in the liberation of the city of Fallujah and cleared of organizing Daash.
He Arab in a press release appreciation for the declaration of the Iraqi government take all necessary measures to hold accountable for crimes committed by the organization Daash along with abuses and human rights violations attributed to other parties involved in the ongoing liberalization of Fallujah military operations.
He stressed that “support for the Arab League , Iraq ‘s government and people in the fight against terrorism in all its forms Since Iraq can retrieve and establish its sovereignty on all its territories. ”
the Secretary – General of the League of Arab States” on the importance of concerted efforts of all political parties to overcome the obstacles to achieving deep reforms supported by the government to build a democratic Iraq unified maintains the social fabric and enjoy security and stability. “
http://www.alliraqnews.com/modules/news/article.php?storyid=40452

Reaching out to impoverished families during holy month of #Ramadan 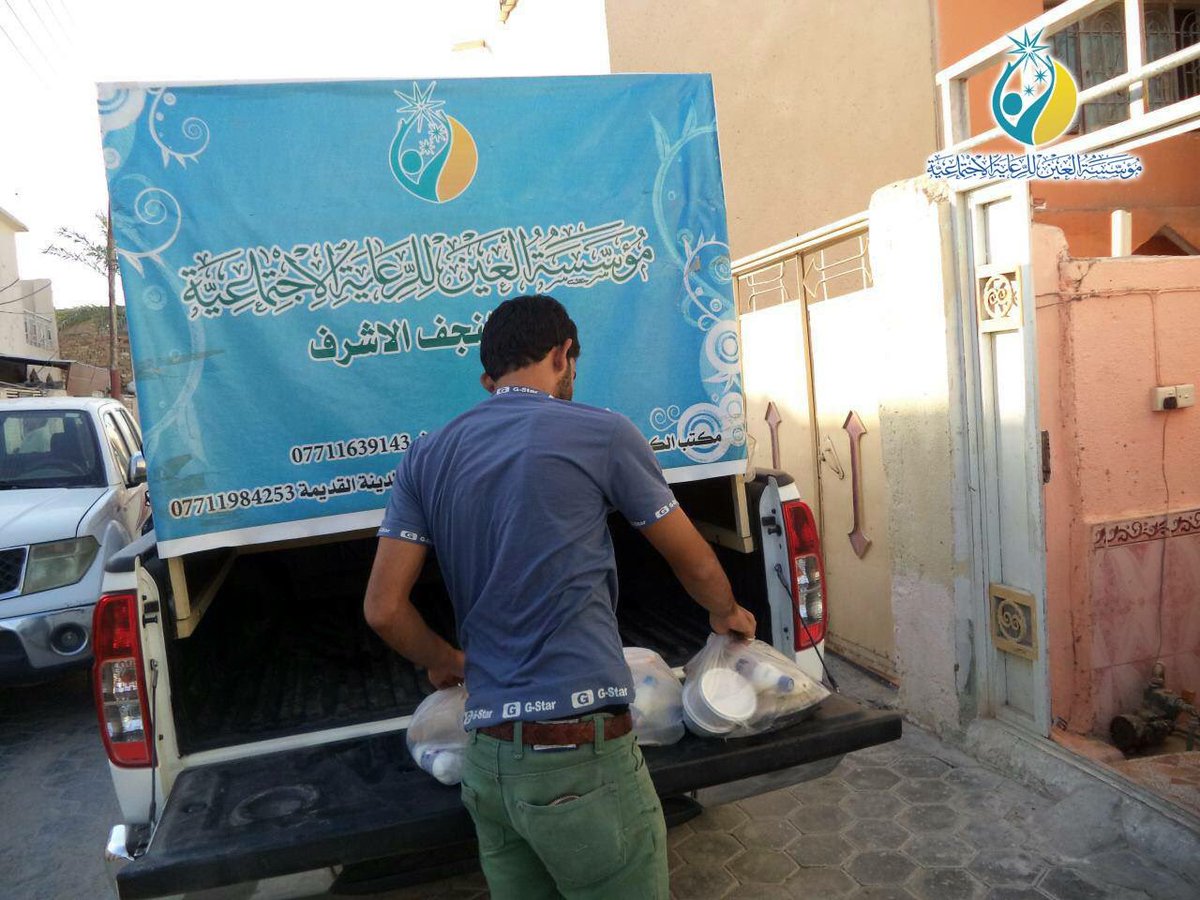 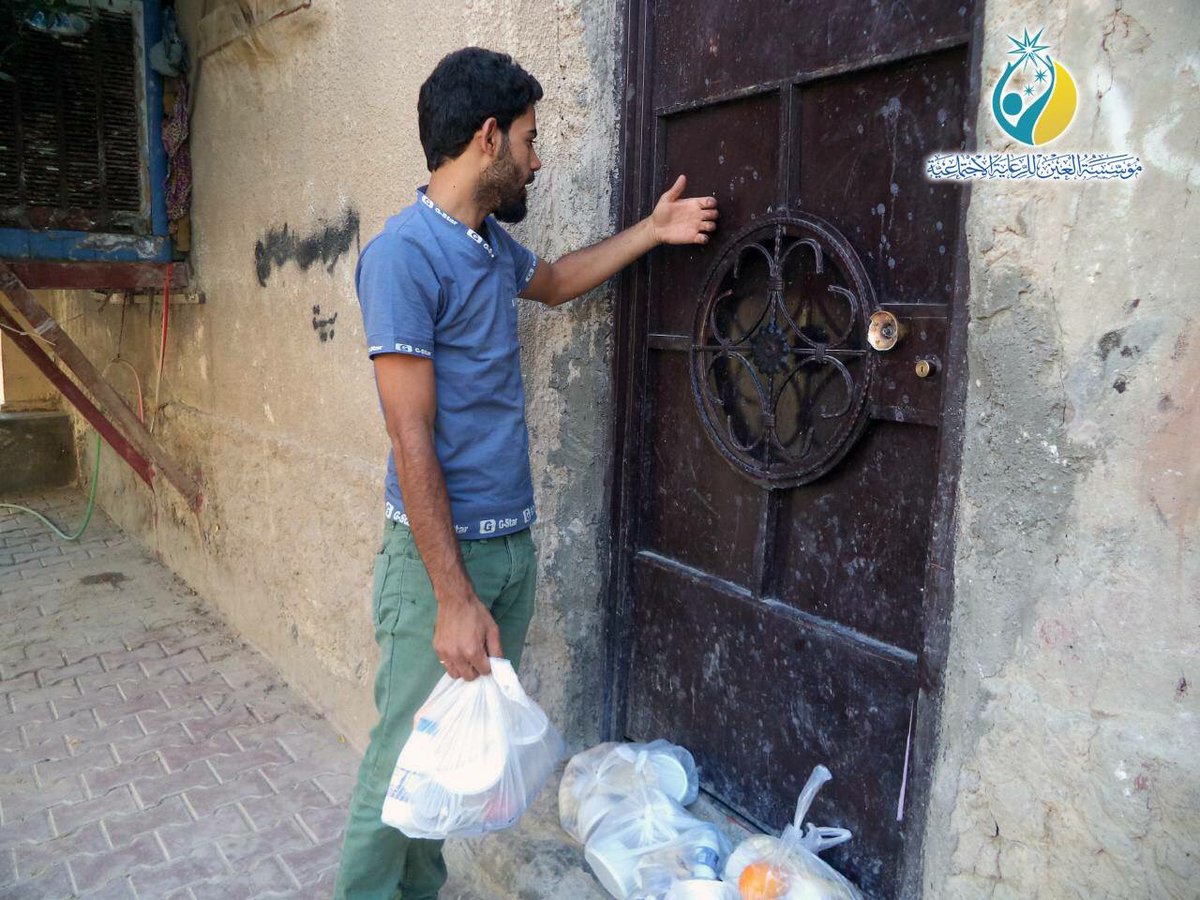 Has in the Office of the Kirkuk Provincial Council made the distribution of the inhabitants of the territory of several slides to maintain the draw on Monday under the supervision of Necmettin cream governor of Kirkuk and Ribawar high-Talabani, head of the provincial council.

A statement issued by the Information Office of the Governor received for “Light News,” a copy of it that “lots included a 1200 piece for residential families of the martyrs, the disabled and victims of terrorism, widows and the poor, political prisoners.”

The governor of Kirkuk, “that the problem of property disputes not resolved so far in the province because there are those who try to impede solve it and this led to a lot of the land is no longer to their rightful owners and confiscated them because of the policies of the former regime.”

The face of the governor of Kirkuk, “thanks to the concerned authorities for their efforts to secure and sorting and land surveying and preparing for distribution segments covered in accordance with the design standards of a civilized and modern technical planning.”

{International: Euphrates News} Oil prices fell on Monday as a result of increased economic concerns in Asia and a stronger dollar, which makes imports of fuel for countries that use other currencies more expensive.
It fell futures contract crude “Brent” global to $ 50.20 a barrel, down 34 cents or 0.67% from its price at the last adjustment.
The price of WTI US mediator by 42 cents or 0.86% to $ 48.65 a barrel.
” The AN Bank Z “the price of oil fell due to a sharp decline in the willingness to take risks and the high dollar and US Treasuries.” the
dollar rose about 1.3% from its level low in June against a basket of other major currencies as a result of a possible rise in US interest rates and concerns about the Asian economy has led to Currency landing there.
and lead to a stronger dollar made oil imports denominated in dollars more expensive for countries that use other currencies.
http://alforatnews.com/modules/news/article.php?storyid=119504