[Oan- Baghdad]
revealed a senior security chief commander of the armed forces , Prime Minister Haider al – Abadi ordered tosack the commander of Fallujah operations Lt. Gen. Abdul – Wahab al – Saadi from office.
Said Maj . Gen. commander of special operations in the fight against terrorism , Sami Arda device told all ofIraq [where] that ” the commanding general ordered Ptaina to lead the Fallujah operations” rather than al -Saadi.
The Abadi had announced 23 of last May springboard edit Fallujah operation which managed the security forces and the crowd People ‘s Liberation dozens of areas wrested from the Daash at the center of operations with a complete blockade of the city.

MP for the coalition of state law Keywords, Saturday, possession of Prime Minister Haider al-Abadi list of candidates for the ministries and wait for the council to convene offered to him, noting that the list includes the ministers of Sunnis, Shiites and Kurds.

Keywords and said L / balance News / “The Prime Minister Haider al-Abadi has a complete list of candidates for the portfolios within the reform plan initiated by the Prime Minister.”

Ela’s that “Abadi awaiting Parliament and added that only takes place after the end of the legislative recess or during a special session to submit the names of candidates to vote for them,” noting that “the list includes the names of Kurds, Shiites and Sunnis and other sects of technocrats.”

BAGHDAD / Baghdadi News / … announced that the Federal police headquarters on Friday, killing more than 400 component of the organization (Daash) since the start of liberalization Fallujah operations.

According to the federal police headquarters in a statement received / Baghdadi News / copy of it, “federal police forces managed to kill 402 element of the organization (Daash) including 41 sniper since the start of the battle to liberate Fallujah.” Indicating that “has been destroyed five bulldozers and 23 bomb wheel bearing machine guns and 286 single-hostile target for the organization.”

The statement added that “the forces were able to destroy 61 diverse mechanism of the enemy and detonate an explosive device 604 and seven plants for the manufacture of containers and booby-trapping the wheels and handle bomb ten buildings” .anthy 21 / T

“We are pleased to engage with a strategic partnership with UnionPay, which is one of the largest and most modern companies in the bank card industry in China and the world and TPS & Covalent to deliver effective cards and payments processing services in Iraq.

“As we all know, Iraqi markets lacks sophisticated cards and payments services, and Al Taif can play a major role in this field. We have promising and ambitious plans in the next few years as we look ahead to lead the cards’ issuing and acquiring sector in Iraq and facilitate electronic payments services locally and globally.”

PM Al-Abadi in meetings with governors of Ninewah, Anbar, Salahudin: ‘the final victory over Daesh is near’ 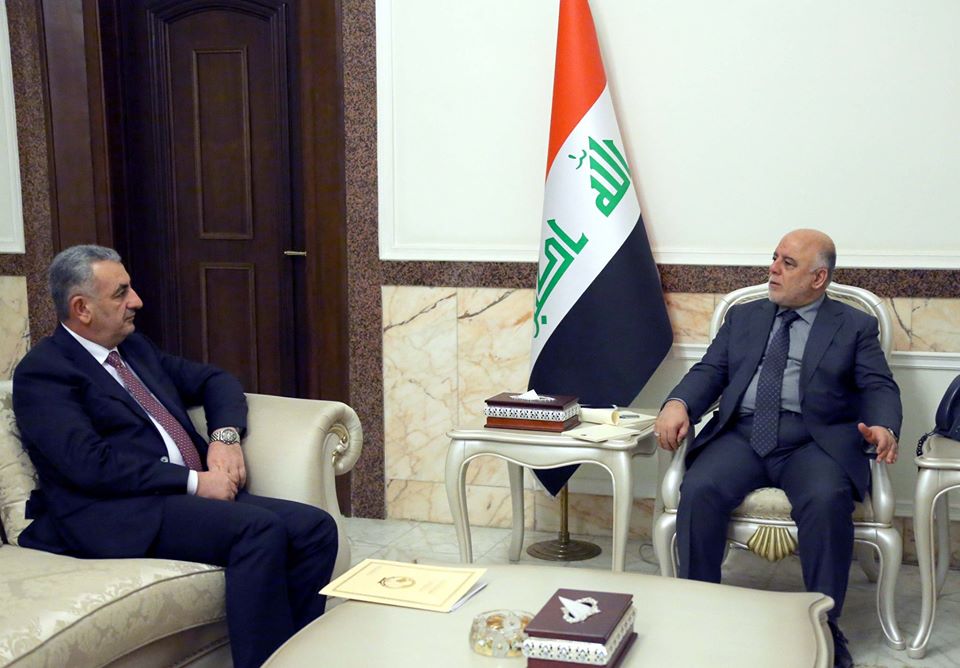 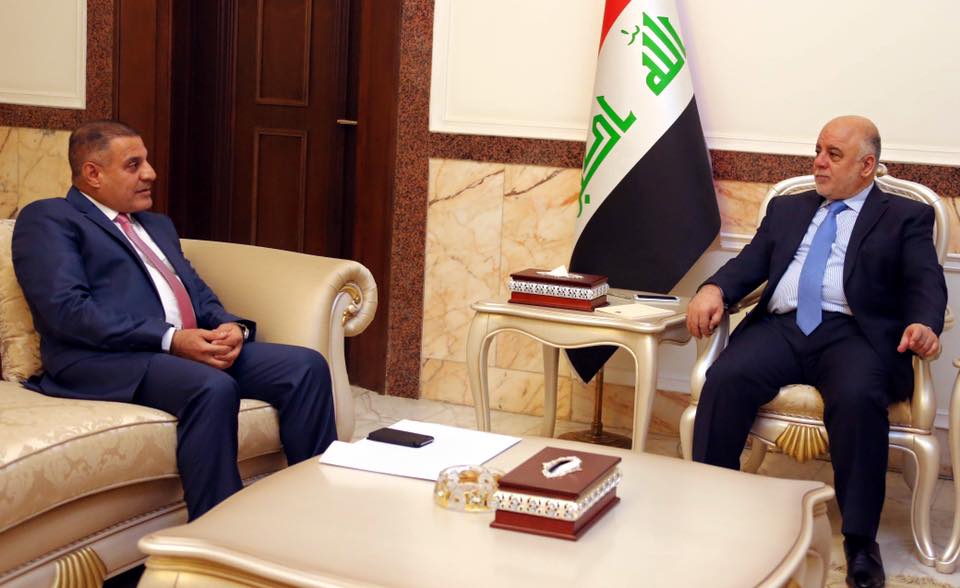 Economic Advisor to Prime Minister revealed the appearance of Mohammed Saleh, Saturday, for the internal financial debt rising to the government of 5 to 37 trillion dinars.

Saleh said L / balance News / “The internal government debt she was before the financial crisis 5 trillion dinars, but it rose to 37 trillion dinars are being repaid by thinking about selling securities.”

Saleh added that “the financial aid exported by the Ministry of Finance to the financial market and to meet the salaries of state employees,” adding that “the IMF loan will replace large portions of those problems.”

The economic adviser Abadi appearance of Mohammed Saleh revealed, earlier, for the installment of the IMF loan Who would give Iraq to 17 premium and on condition that Iraqi financial institutions are subject to Tdeghiq.anthy 29/33 h

{Baghdad: Euphrates News} a spokesman for the Information Office of Prime Minister Saad al-Hadithi said the need to save the lives of civilians, and that the liberation of man is more important than liberating the land ..itba ..
http://alforatnews.com/modules/news/article.php?storyid=118733