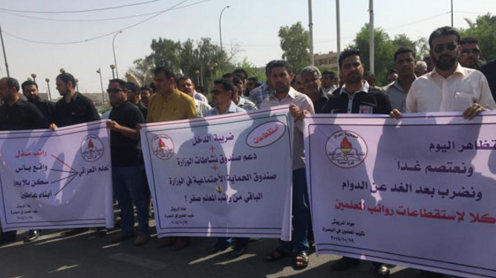 {Basra: Euphrates News} the face of the governor of Basra Majed Nasraoui, on Wednesday, regardless of teachers’ salaries contracts early next week system.

According to a statement of the province received by the agency {Euphrates News} a copy of it today , “and the governor decided teachers ‘ salaries, for four months as a down payment, to be paid salaries remaining case of financial liquidity offer from the federal government to the province of Basra.”

And announced to the Education Committee in the Basra Governorate Council onset this April about the existence of coordination between the provincial council and the Bureau for teachers ‘ salaries and school contracts exchange through the allocation of $ 3 billion and two hundred million dinars in the form of two portions. it is