Revealed high-level source in the Kurdistan Alliance, Wednesday, that the Kurdish delegation will visit Baghdad on Friday, while stressing that the President of the Kurdistan Regional Government, Nechirvan Barzani, will be headed by the delegation.

The source told / balances News /, that “the President of the Kurdistan Regional Government, Nechirvan Barzani, will be headed by the Kurdish delegation which will visit Baghdad,” noting that “the delegation up capital next Friday.”

The source, who spoke on condition of anonymity, that “the visit of the delegation will be in sync with the visit of a senior US official to Iraq” to see where it is headed the situation, considering that the new Iraqi political forces engaged in a serious discussion about whether the old government including the problem or “.

It is said that the Kurdistan Alliance MP Tariq Sidikcd, today, that a high-level Kurdish delegation would visit early next week, to discuss the cabinet reshuffle Aljdidh.anthy 29

Ended the Prime Minister Haider al-Abadi and head of the Supreme Council Ammar al-Hakim, on Wednesday evening, a lengthy meeting on the Ministerial constitutional amendment and benefits.

A source familiar with L / balance News / “Prime Minister Haider al-Abadi and head of the Islamic Supreme Council Ammar al-Hakim entered into a closed-door meeting ended after about an hour on his contract.”

The source pointed out that the meeting “to discuss saw political benefits and mechanisms to overcome the government crisis.”

Meeting Abadi already Hakim , a meeting between al – Hakim , with the Secretary General of the Badr Organization , Hadi al – Amiri , where said Hakim , according to a statement issued by his office to “go the reforms as a requirement of reference and popular , ” stressing the importance of comprehensive reform, and not to the reduction of the amendment switch characters, and change the team.

It pointed out The “Ammar al – Hakim called for concerted efforts of the parliamentary blocs in order to pass important laws that support the reform process, and enable the state to move forward.”

It comes at a time when the Supreme Islamic Council in Iraq is preparing for a mass gathering of two million in 14 provinces on Friday, in demonstrations considered by observers review of the muscles, and prove the existence of after-dominated Sadr’s movement in the protests and rallies on the political scene.

The head of the Supreme Council Ammar al-Hakim, head of parliament handed Saleem al-Jubouri, the fourth last day of the April 2016 national reform initiative to save the situation in the country.

And it included the initiative tracks said to be on the prime minister said the exhibits, one of them as you go in the first track to the importance of the formation of the National Security Council includes several characters Obozorha presidents, ministers, parliament and the judiciary, as well as a coalition of law Nuri al-Maliki cleric Moqtada al-Sadr, and Iyad Allawi and Osama Najafi and Saleh al-Mutlaq.

It is noteworthy that Prime Minister Haider al-Abadi presented during the parliamentary session, which was held on March 31 in 2016 and a new ministerial cabins made up of 16 ministers, while parliament voted on a “complete change” in state institutions.

The head of the Iraqi Council of Representatives Saleem al –Jubouri, the head of the National Coalition , Iyad Allawi, on Wednesday, on the need for the participation of all thepolitical blocs in the development of a shared vision tosupport reform.

Jubouri said the Office in a statement, seen by Roudao Media Network, the latter “met, today, President of the National List, Iyad Allawi, During the meeting, they reviewed the latest political and security developments in addition to the reform and scheduled file cabinet reshuffle program.”

The statement added, “that the meeting stressed the need for the participation of all the political blocs in the development of a shared vision to support a reform to cross the country to safety.”

[Oan- Baghdad]
announced candidate the Ministry of Finance and Planning Ali Allawi, on Wednesday, to withdraw his candidacy from office, attributing this to the existence of political bickering and sectarian interference will lead to pre – empt the reform project.
Allawi said in a statement, “I was nominated to the post of Minister of Finance and Planning [sovereign] in theproposed cabinet reshuffle and agreed to put my name on the House of Representatives , ” adding that “in recent days , and after observing the sequence of events observed political interference and interactions factional will inevitably lead to abortion radical and comprehensive reform project , which has worked to accomplish for years. ”
Allawi added that” the draft technocrats independent government presented to a wider project that includes thefight against corruption and reform of the government ‘s performance and create government jobs, “he said . ” Based on the foregoing decided to withdraw my candidacy for this position. ”
The Prime Minister Haider al – Abadi has handed over nominations new ministerial cabins to the House ofRepresentatives last Thursday , including Ali Abdul Amir Allawi , the Ministry of Finance and planning, denied last Monday news withdraw his candidacy for the post.
Allawi and longer is the second candidate to withdraw his candidacy from the ministerial cabin after he announced Nizar Mohammed Salim al – Numan , who belongs to the Kurdish nationalist, last Friday his candidacy from the Ministry of oil attributing his decision to ” the lack of political consensus on the new ministerial cabin.”
It is said that the House of Representatives is currently working on a study of biographies of the candidates in theministerial cabin and announced parliamentary committees its rejection of the candidates said they ” are not eligible for ministerial positions.”
a spokesman for the office of Prime Minister Saad al – Hadithi told [where], yesterday, said Ebadi “has completed its mission in a process of cabinet reshuffle presenting candidates new ministerial cabins to the House ofRepresentatives.”
in the deputy for the coalition of Kurdish blocs Chenkali Majid told [where], that Abadi will hold a meeting with the political blocs to submit their nominations rather than ministerial his booth. ”
http://www.alliraqnews.com/modules/news/article.php?storyid=34941

Oil prices surged five percent during trading on Wednesday after the US government announced a surprise decline in domestic crude stocks last week, while the market was expecting a new record high.

The US Energy Information Administration, said that “crude stocks fell unexpectedly 4.9 million barrels last week, with the continuation of the refineries increase production and imports fell.”

Analysts polled by Reuters had expected their views, that “the level of inventories recorded a record high for the eighth straight week and increase by 3.2 million barrels.

Said Scott Shelton Broker energy at ICAP in Durham, North Carolina, “I think that what is happening in the market’s more the overall change in inventories is not components of unilateralism, it’s the first week in the second quarter and we have a net decline will force it bears low prices on rethink balances downward bets for the second quarter. “

[Oan- Baghdad]
According to a member of the Leadership Council of the Patriotic Union of Kurdistan gentle Sheikh Omar today, said the National Union will continue its efforts to normalize the situation in the region and re – activation of theKurdish parliament.
This came during a press conference after the delegations of the Patriotic Union of Kurdistan and the Movement for Change in Sulaimaniya meeting on the latest developments in the region, Iraq and the region.
He added a nice Sheikh Omar: We discussed during the meeting, the organization of our relations with the federal government, according to the Constitution, and the need to be Kurds essential partners, stressing the need tomaintain a share of the Kurds 20% in the new government.
He stressed , “we must be united on the formation of a technocrat government file, and that the Kurdish front are uniform with respect to any change or file, stressing the need that the ministries that give the Kurds be representative of real maturity.
for his part, Shoresh Haji spokesman said the MDC: the meeting discussed the latest developments in Baghdad and the position of the Kurds toward those problems , saying, We have agreed on a number of points, including atrue partnership in the new government and the administration of all Iraqi institutions.
he added: We support all steps of reform towards the service of citizens , and the formation of the new cabinet cabin, if the changes are extensive, we are ready to provide our candidates like all the other blocs, taking into account Alasthak electoral Kurdish parties other.
on the relations between the National Union and the movement for change and the paper presented by the MDC of the Patriotic Union, Shoresh Haji said We we presented a paper with an agreement to strengthen relations and rapprochement with the National Union, asserting that the paper serves the political process and the people ofKurdistan.
He added: our brothers in the Patriotic Union of studying the paper ‘s political bureau.
http://www.alliraqnews.com/modules/news/article.php?storyid=34939

{Basra: Euphrates News} the face of the governor of Basra Majed Nasraoui, on Wednesday, regardless of teachers’ salaries contracts early next week system.

According to a statement of the province received by the agency {Euphrates News} a copy of it today , “and the governor decided teachers ‘ salaries, for four months as a down payment, to be paid salaries remaining case of financial liquidity offer from the federal government to the province of Basra.”

And announced to the Education Committee in the Basra Governorate Council onset this April about the existence of coordination between the provincial council and the Bureau for teachers ‘ salaries and school contracts exchange through the allocation of $ 3 billion and two hundred million dinars in the form of two portions. it is

The office said in a statement received by all of Iraq [where] a copy of it, that “there is no one representing the Prime Minister or his office only known official channels to the media that have been announced in advance, and that the person mentioned in the report or any other person speaks , he expresses his opinion Profile no relation to Ebadi or office do. ”

the report published today in the Reuters news agency, spoke of entering the United States and Iran in a tacit alliance to support Prime Minister Haider al – Abadi, a challenge the ruling elite ‘s plans to form a government of non – political address by corruption.” the

report quoted [Sajjad horses] , an analyst provides advice to the prime minister, according to Reuters, saying, ” the Americans and the Iranians and the highest religious authority Ali al – Sistani had them all have the same opinion , ” Abadi remain in power and appoints new ministers. ” 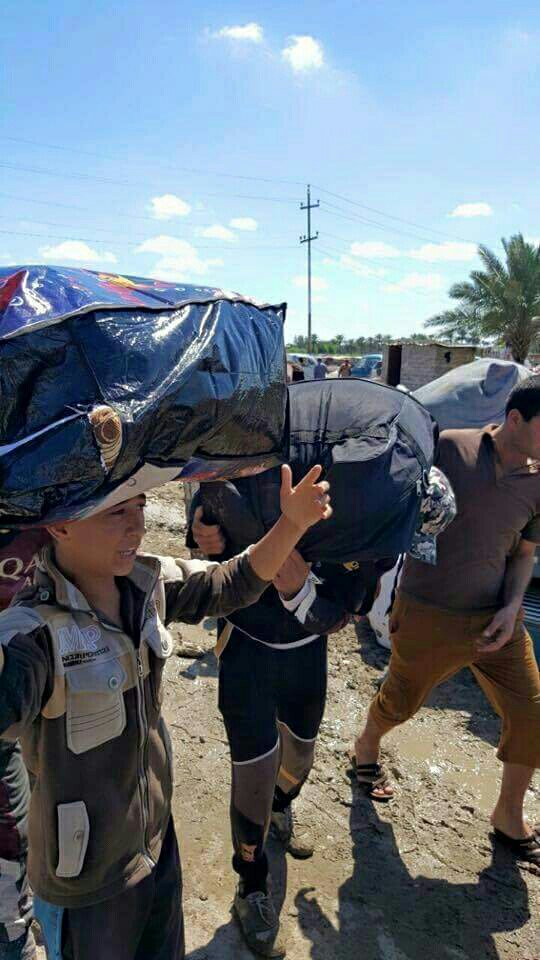 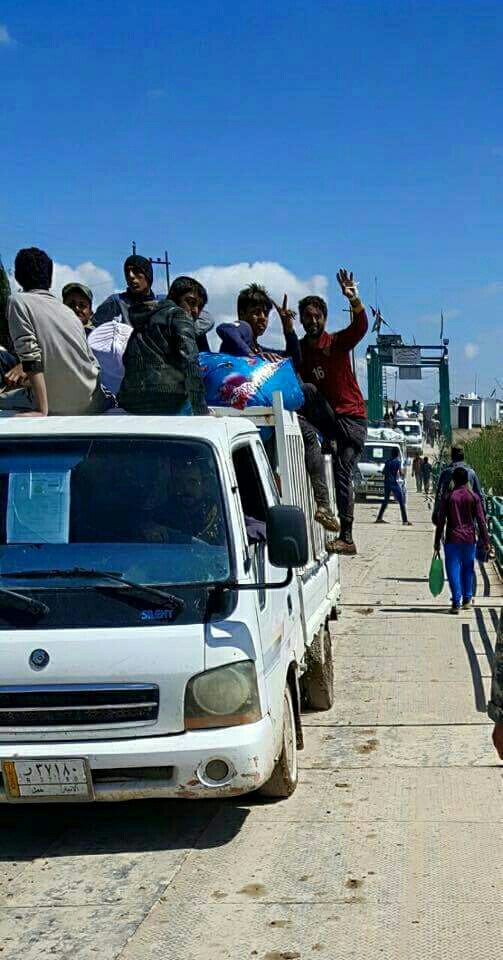 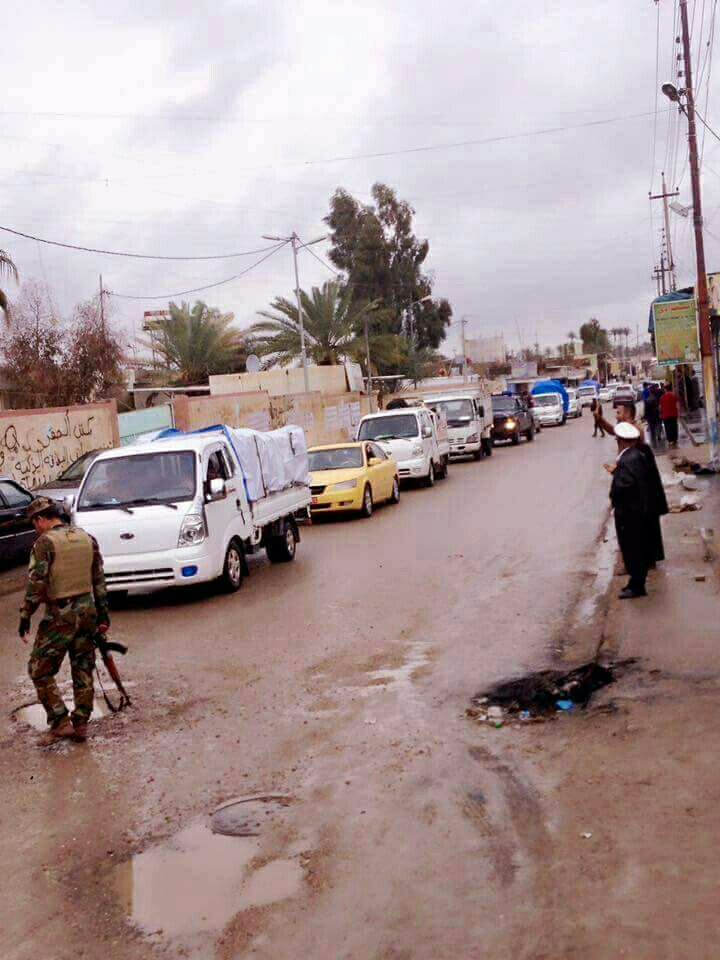 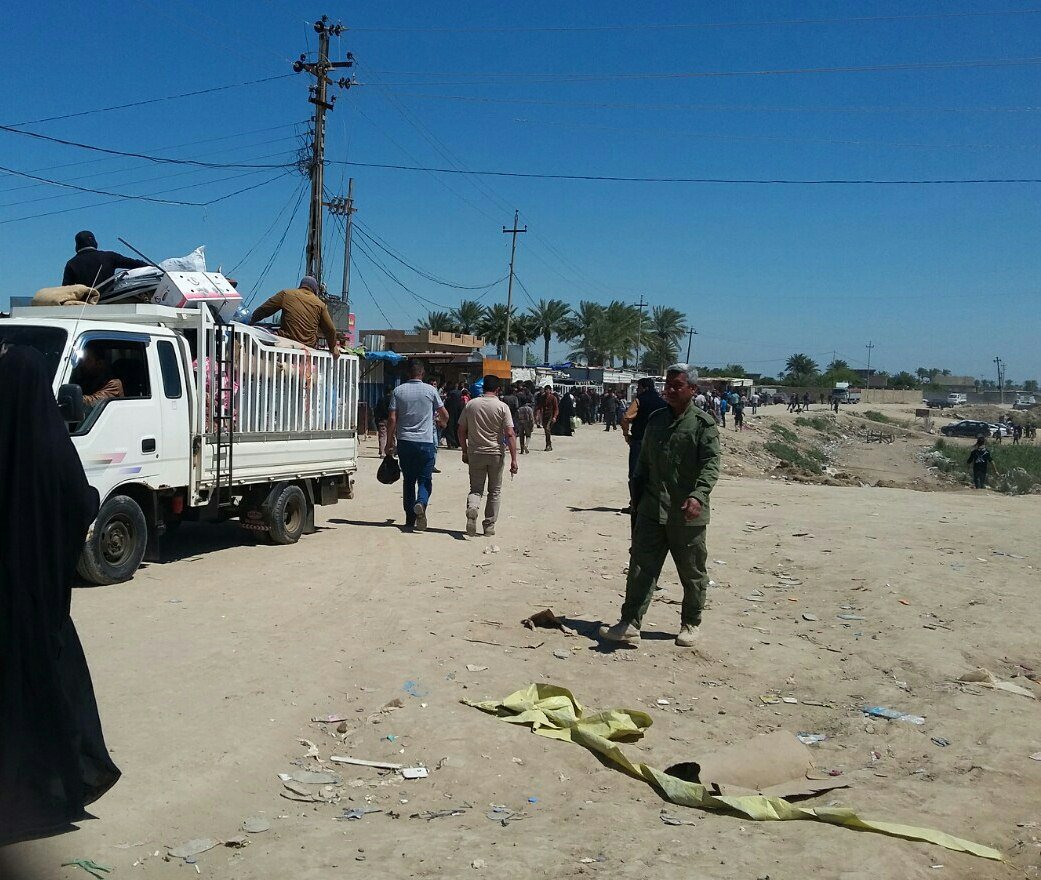 Talabani said in a statement to the media network Roudao, “We started to transfer salary distribution system to the electronic system,” adding, “The work is underway within the first phase of the new system.”

Talabani said, “it was more than 1,000,400 thousand employees recorded in the electronic system to eliminate the current problems in the distribution of salaries.”

On the other hand, Talabani revealed a recent visit to Baghdad “to see where it is headed the situation,” he added, “The Iraqi political forces engaged in a serious discussion about whether the old government including the problem or new.”

“We hope that political stability returns to Iraq and the Kurdistan region,” adding, “We hope that some day the visit does not turn into Baghdad to the news.”