Plan to ease Iran dollar ban ‘within days,’ according to a senior U.S. official 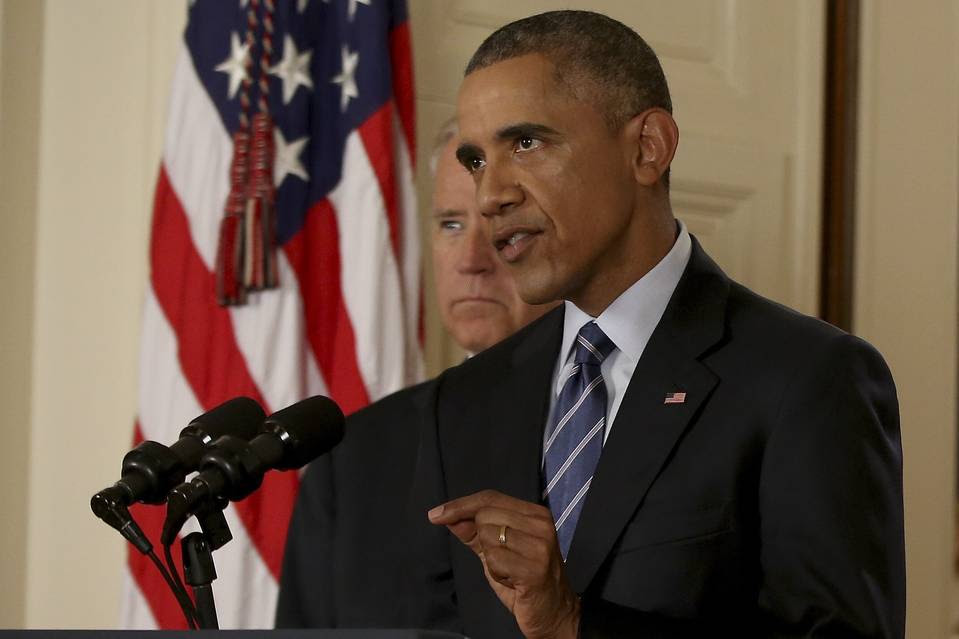 President Barack Obama delivered remarks in the East Room of the White House after the Iran nuclear deal was reached in July. Photo: Andrew Harnik/Zuma Press
By
Carol E. Lee and
Jay Solomon

WASHINGTON—The Obama administration could complete a plan to grant Iran limited access to the U.S. dollar within days, a senior U.S. official said Friday, a bid to provide Tehran additional relief from international sanctions.
The White House decision still requires a final agreement on the mechanics that will be used to facilitate dollar access for Iran, said the U.S. official.
U.S. lawmakers have sharply criticized the Obama administration’s decision in recent days, arguing the White House has backtracked on commitments made to Congress last summer to maintain financial pressure on Tehran following the landmark nuclear agreement reached between global powers and Iran in July.
Iranian officials have complained that the economic benefits they were promised aren’t materializing because of the U.S. grip on dollar trade and the world financial system.
A bipartisan group of Democratic and Republican lawmakers wrote to President Barack Obama and Treasury Secretary Jacob Lew this week to lobby them to reverse their decision on the dollar.
American law still prohibits U.S. and foreign banks from dealing in dollars with Iran, despite the nuclear agreement. The Treasury Department designates Iran’s entire financial system as a “primary money-laundering concern” because of Tehran’s nuclear and missile programs and support for international terrorist groups, such as Hezbollah in Lebanon and Hamas in the Palestinian territories.
As The Wall Street Journal reported Thursday, however, Treasury is considering how to issue licenses to offshore dollar clearing houses for specific Iranian financial institutions, an approach that wouldn’t require the involvement of American banks, according to congressional officials briefed on the plan.
The clearing houses, likely involving select foreign banks, would conduct the dollar transactions instead, shielding the U.S. financial system from any direct contact with Iran, these officials said.

Write to Carol E. Lee at carol.lee@wsj.com and Jay Solomon at jay.solomon@wsj.com
http://www.wsj.com/