Private sources confirmed the change to raise the alert status of all deployed security forces inside the heavily fortified Green Zone in central Baghdad.

Sources said the anti-terrorism forces deployed numerous checkpoints reinforced by soldiers and military vehicles inside the Green Zone were all tanks and armored vehicles stationed inside the fortified area processing.

The sources added that the stringent security measures taking place in the Green Zone, which houses the prime minister and the House of Representatives and the Supreme Judicial as well as US and British embassies and a number of Western and Arab embassies comes in anticipation of any emergency, especially in conjunction with the continued sit-ins in front of the fortified area gates.

The sources pointed out that the elements of heavily armed special forces weapons deployed at checkpoints scattered remarkably in the Green Zone as the sniper teams deployed on high-rise buildings and military helicopters continue to fly in low over the heavily fortified area and other areas in Baghdad. 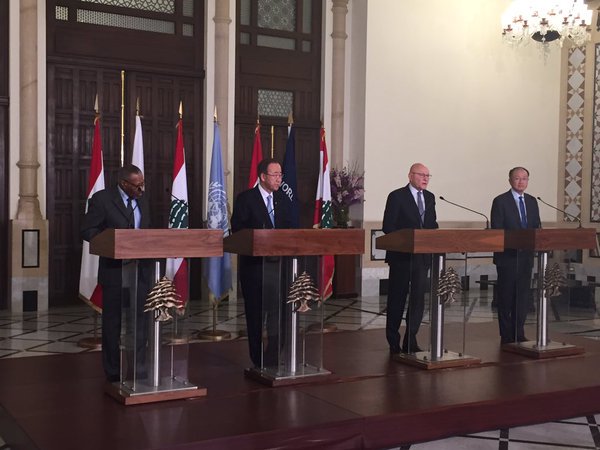 killed dozens of Iraqi air force terrorists from Daash gangs to destroy their camp in Mosul.

A statement by the cell media war, the Agency has received all of Iraq [where] a copy of it, that ” the Air Force and based on the information of the Iraqi intelligence service directed resulted in the destruction of the camp for terrorists airstrike killed dozens of Who ‘s inside in transit 600 station in Mosul neighborhood.”

She pointed out that ” the armed forces began within the definitive liberation of Nineveh and the pieces thereto and the forces of the popular crowd and three axes in the implementation of the first page of conquest operations victory was liberated villages and Krmendi and Kvelh and Khrbirdan and raising the Iraqi flag over it , “asserting that” military forces are still progressing. ”

[Oan- Baghdad]
revealed the commander of the Air Force pilot team Gen. Anwar Hamad Amin from Iraq took the second meal of the F16 fighter planes from the United States next month in July by model.
Amin said , according to a defense ministry statement received by all of Iraq [where] a copy of it, he was “in about three months from now or less receive the second meal of the F-16″ , stressing that ” the Air Force is continuing to build the process.”
He pointed out that ” the force air her work effectively and played a major role in the fight Daash “pointing out that” we promise the Iraqi people that the air force will have receipts and tours are very influential on the enemy. ”
the Ministry of defense has received in the 13 of last July , four fighter jets F – 16, is the installment the first of an agreement for years with Washington.
and Iraq signed with the United States signed an agreement in 2011 to buy 36 fighter of this model.
http://www.alliraqnews.com/modules/news/article.php?storyid=33749

Early on Thursday that Iranian President Hassan Rohani and five ministers Iranians would visit Baghdad the night of Sunday, the source said, and as he emphasized that the Iranian delegation will meet with President of the Republic of Iraqis and the ministers, and referred to the signing of agreements and memorandums on my terror and the economy.

The source said, “The Iranian President Hassan Rohani will visit Pakistan on Friday and then travel to the capital Baghdad on Sunday night, and will be the official reception on Sunday morning,” explaining that “the duration of the visit two days only, the first in Baghdad and the second in the holy Najaf and Karbala cities.”

He added that “Rowhani will be accompanied by more than five ministers, including the ministers of interior, foreign affairs, oil, industry and trade, as well as Iran’s central bank manager and a large gathering of Iranian economists,” noting that “Rowhani will meet his Iraqi counterpart Fuad Masum and Prime Minister Haidar al-Abadi.”

The source continued that “the Iranian president will sign some agreements including cooperation in the fight against terrorism and drugs and illegal to cross the border,” pointing out that “economic memorandums will be signed in the field of oil and gas and banking.”

BAGHDAD / .. canceled Iranian Hassan Rowhani, on Thursday the President, his upcoming visit to Iraq, which is scheduled to take place on Sunday and Monday arrivals.

A source in the prime minister’s “Eye of Iraq News,” that “Iran’s president canceled his visit to Iraq, which is scheduled to be by Sunday or Monday arrivals.”

The source did not disclose the reasons for cancellation of the upcoming visit of the Iranian president.

The informed source, said Thursday that Iranian President Hassan Rohani will visit Iraq early next week, accompanied by a number of ministers, as well as Iran’s central bank manager and a large collection of Alaguetsadaan.msheera that the visit will include the signing of a number of agreements and protocols with the Iraqi government, including cooperation in the fight against terrorism, drugs and illegal to cross the border economic and memorandums in the field of oil and gas, banks ,. It en

[Where – Baghdad]
except the agenda of the visit of the Secretary General of the United Nations Ban Ki – moon and World Bank President [Jim Yong Kim -allman Halaa- visiting the Middle East from a visit to Iraq as the decision Saturday.
He announced the Secretary General Office of the current Ki – moon tour of the Middle East program without mentioning his visit projected for Iraq.
Began two officials to visit Lebanon today include a meeting of officials and visiting Syrian and Palestinian refugees and will travel later to Jordan on 28 March to meet with King Abdullah II and senior Jordanian officials.
He will also visit to moon and World Bank President Tunisia on their way from Jordan and meet Beji President Essebsi.
At the end of the tour of Arab countries will travel officials to Geneva for the opening of the international meeting to help the Syrian refugees on March 30, according to the program is expected to be back Ki – moon evening of the same day to New York , where the United Nations headquarters. He
did not say the visit program something about the movements of Ban Ki – moon following days until day 27 Mar said they [Ki – moon and Ling Kim will arrive in Jordan.
he was House Speaker Salim al – Jubouri told the House of Representatives on 17 this month , said the Secretary -General of the United Nations Ban Ki – moon and World Bank President [ Jim Yong Kim will visit parliament on 26 of the month [Saturday] within the framework of their visit to Iraq.
the president of the United Nations Mission in Iraq , Jan Kubiš revealed on 13 February last visit to officials in the capital Baghdad , “to discuss further support Iraq and its support in the under the current circumstances. ”
it is said that a session of parliament there is no next Saturday and scheduled to be held next Tuesday.
http://www.alliraqnews.com/modules/news/article.php?storyid=33753

{Baghdad: Euphrates News} held Prime Minister General Commander of the Armed Forces, Haider al-Abadi meeting Thursday with military leaders and security in the Baghdad Operations Command headquarters.
A statement by the prime minister and the agency {Euphrates News} received acopy of it, that “During the meeting , to discuss the security situation in the capital ,Baghdad, and terrorist threats in other provinces, and the promotion of plans to ensure the protection of protesters, and the importance of preservation of the lives of citizens, and public and private property, and to beware of lurking . ”
the statement continued , ” it was to emphasize the importance of not enforcing thelaw, and the prestige of the state, dealing with the demonstrators in accordance with the Constitution and the law , which guarantees them the right to demonstrate inreturn respect for the law, and not to the attack on the security forces, and citizens, and to respect the instructions imposed by the security forces to ensure theprotection demonstration “. Ended h
http://alforatnews.com/modules/news/article.php?storyid=112293

Twilight News / announced said the Office of the Prime Minister Haider al-Abadi Marchihan receiving the list of the new government cabins provided by the cleric Moqtada al-Sadr.
It was al-Sadr announced Tuesday for the candidates of the Sadrists new ministerial lineup does not belong to any political party and from all segments of Iraqi society to be presented to Iraqi Prime Minister Haider al-Abadi and to Parliament.
A statement by the Office of the Abadi responded to Twilight News, “We confirm that he received the list of candidates technocrats by the head of the Liberal bloc MP Zia al-Asadi signed by the office of Mr. Muqtada al-Sadr.”
He added that he will deal positively with her and the other candidates, “and express the hope that progress other political blocs are also candidates of technocrats that have been previously claimed the next two days.”
He pointed out that al-Abadi will submit a list of ministerial amendments to the House of Representatives during the next week.