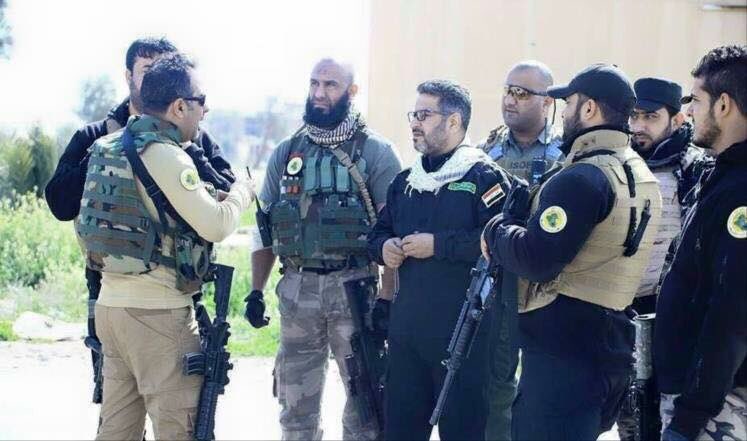 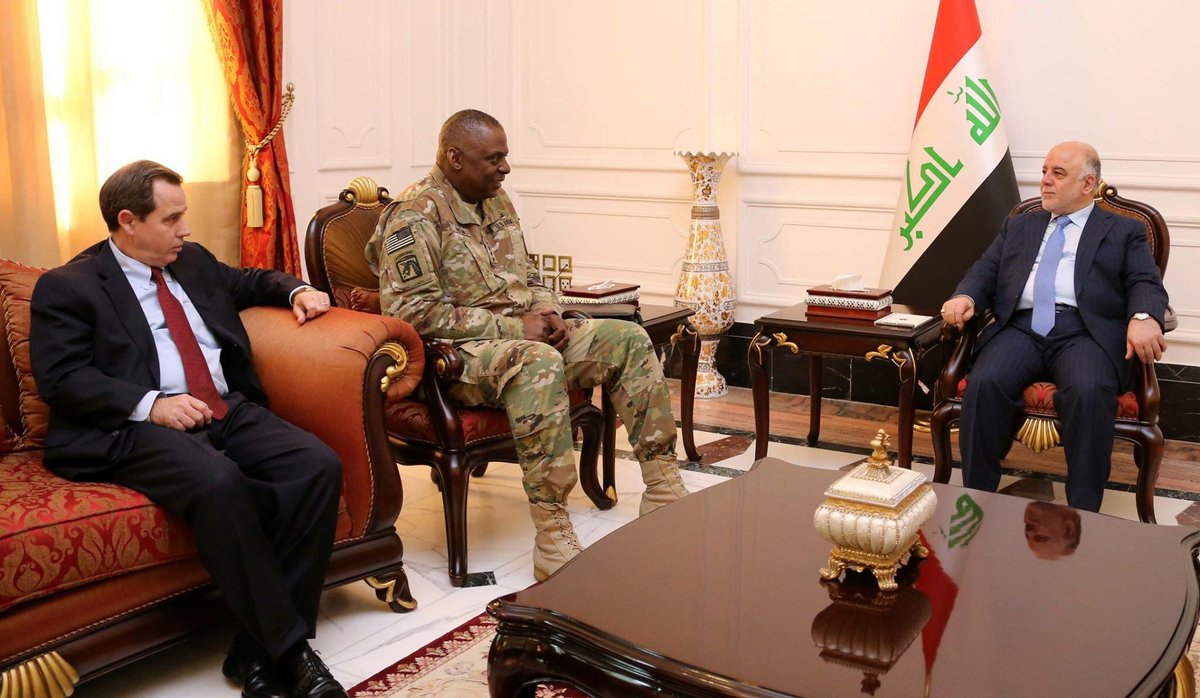 {International: Euphrates News} Russian Energy Minister Alexander Novak announced on Thursday, that “the oil ministers of OPEC {} and abroad planned to meet in mid-March / March next.”
He informed Novak journalists in Minsk , capital of Belarus {Belarus}, that he will attend the meeting in the event of his contract, and he will also meet with probably the Minister of Iranian oil, adding that “freezing the level of oil production should continue at least a year, and that the oil market more quickly moved into balance if frozen Russia and other countries the level of oil production. ”
said Novak that” the issue of installation of the level of oil production may appear in a joint statement at the energy ministers of the Member States meeting in OPEC, the oil – producing countries not members of the Organization, to be held next month ,”noting that” by what we understand, the OPEC plans to hold a ministerial meeting of Member States, and non – OPEC, plans in mid – March / March, and the decisions to be taken may be recorded in a joint statement or document. ” the
Russian minister noted that” lower oil prices period in the absence of the existence of agreements between countries to maintain production at the January level, can be long and exceed the period 2016 2017 “.
earlier this month, Saudi Arabia agreed OPEC ‘s largest producer, Russia is amember of the organization with Qatar, Venezuela to freeze production at January levels, if joined by other producers. Ended h
http://alforatnews.com/modules/news/article.php?storyid=109781

Assured US Secretary of State John Kerry on Friday, continuing US support for the Iraqi government in the quest to enhance the professional Iraqi military, while stressing moving towards Mosul after clearing Hit City (Daash) west of Anbar, pointed to the liberalization of 40% of the land that was under the control of the organization.

Kerry said during a hearing before the Senate Foreign Relations Committee on Capitol Hill to discuss the State Budget of the United States for 2017, according to a statement of US foreign seen by (long-Presse), said that “the international coalition and cooperation with its partners in Iraq and the countries of the region through the exchange of intelligence and great efforts exerted by the army Iraqi, was able to achieve important achievements on the ground in Iraq, where he was liberated 40% of the territory that was controlled by (Daash) and are now moving toward the city of Hit, and then we are heading towards the city of Mosul, eventually. “

Kerry continued, “We have come a supply routes (Daash) between the city of Raqqa in Syria and Mosul,” noting that “the United States is assisting the Iraqi government in Baghdad in its quest to enhance the professional side in its security forces.”

It is noteworthy that the international coalition led by the United States, intensify raids on sites (Daash) in Mosul (405 km north of Baghdad), to coincide with the continuing preparations for the liberation of the city.

Al-Sadr: People are at the gates of Green-zone (Government hq) and will storm it, if necessary #Iraq 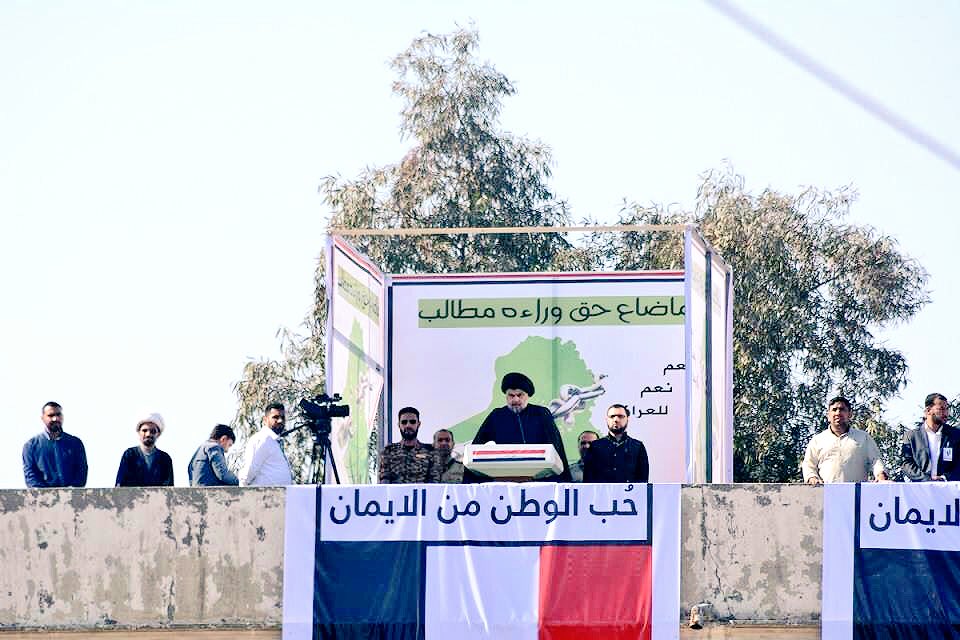 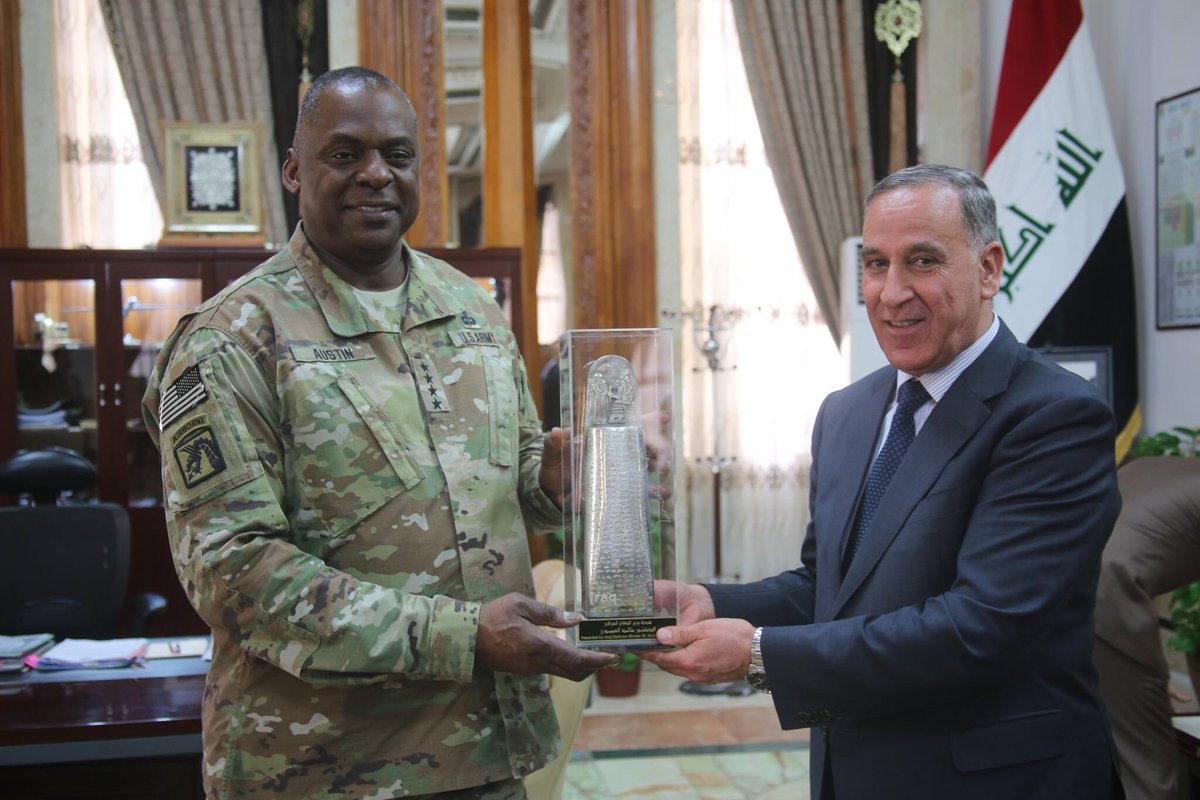 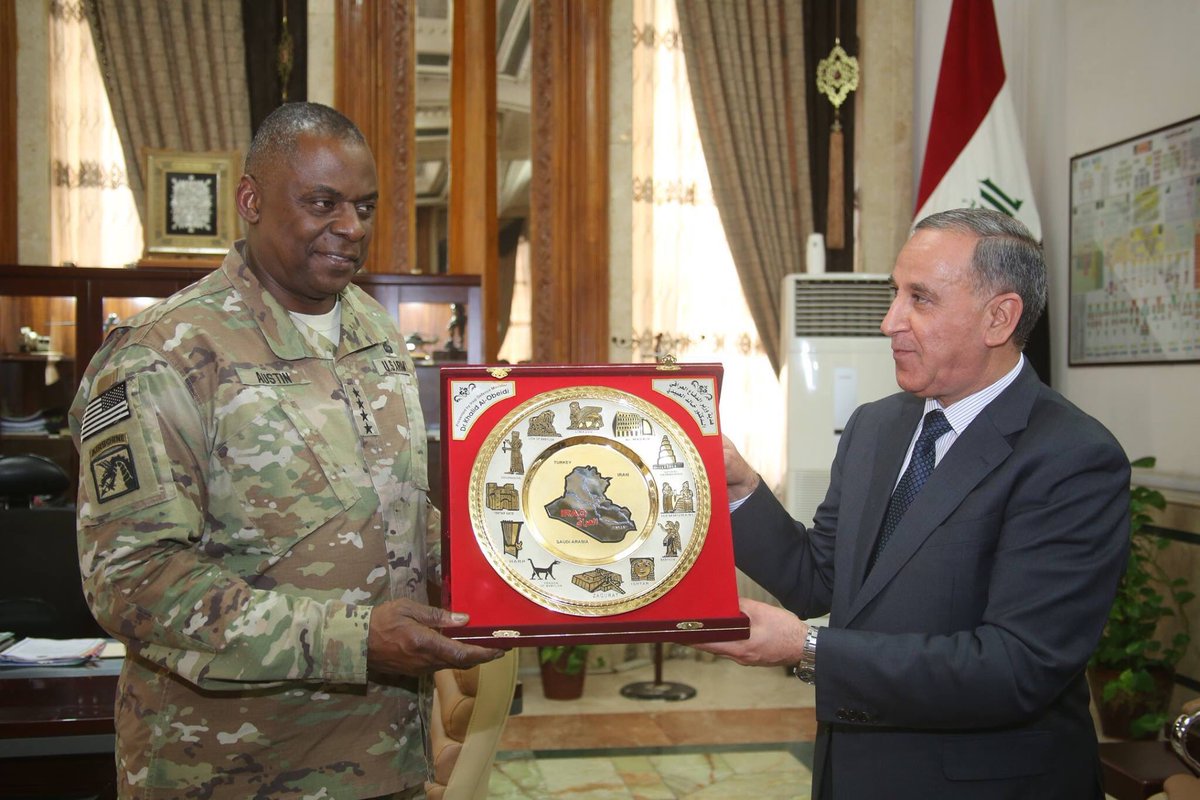 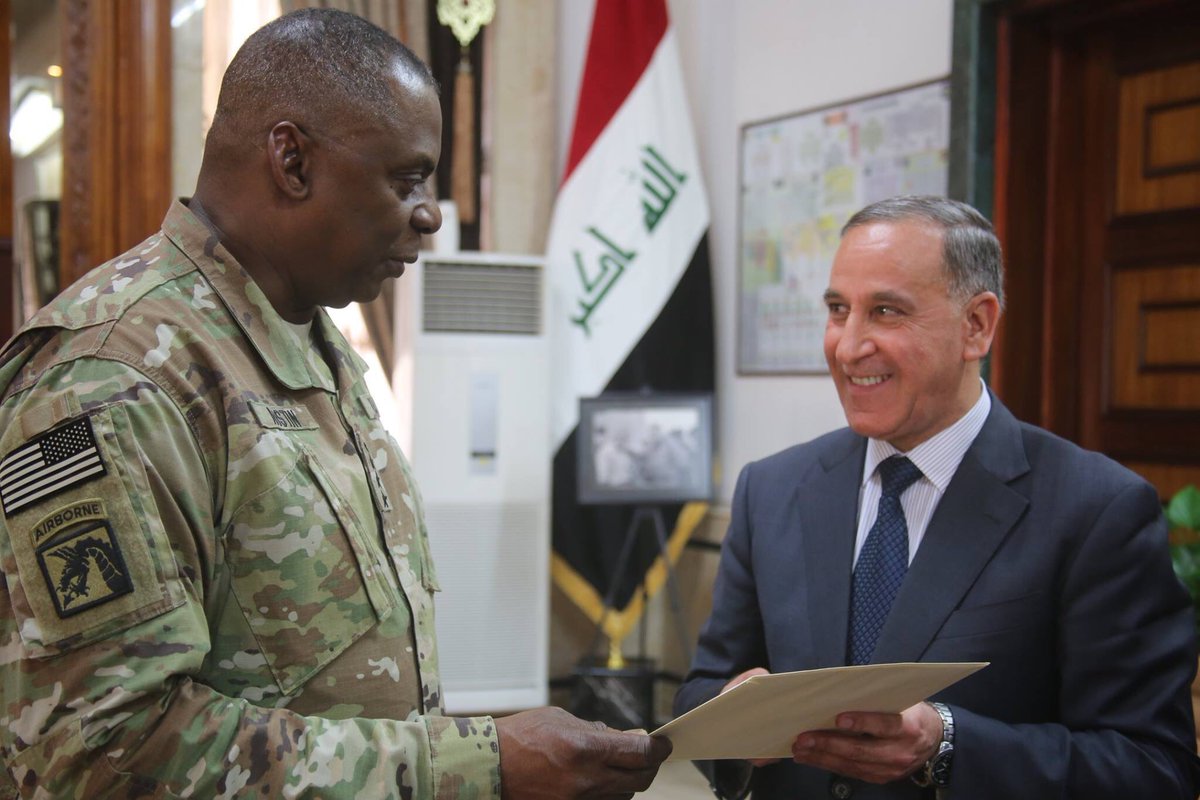 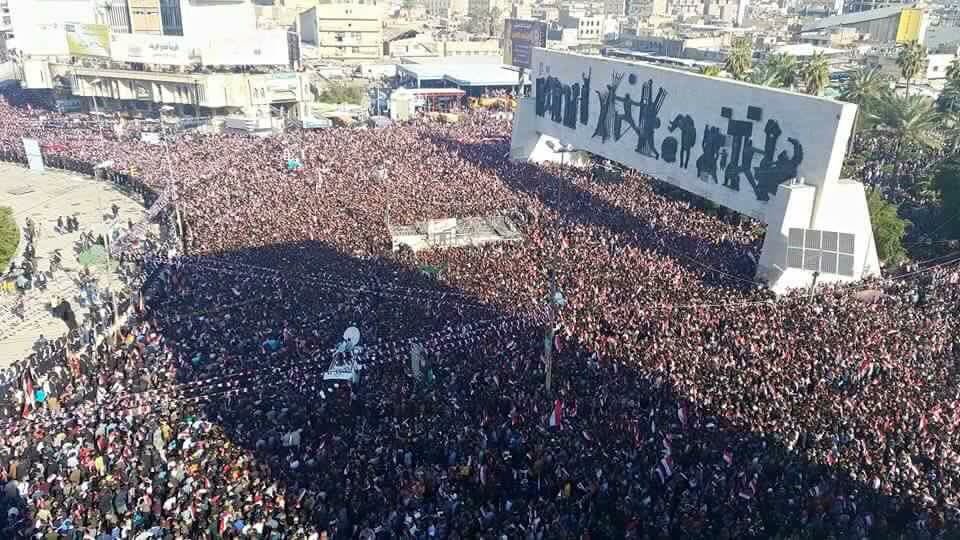 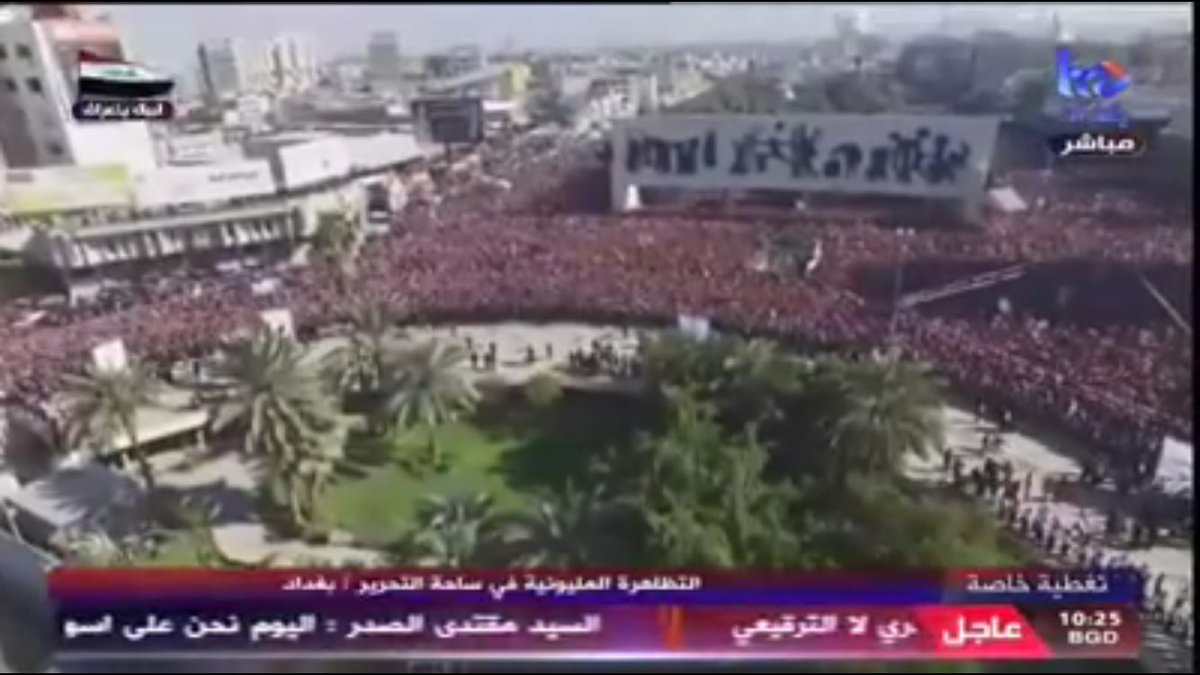 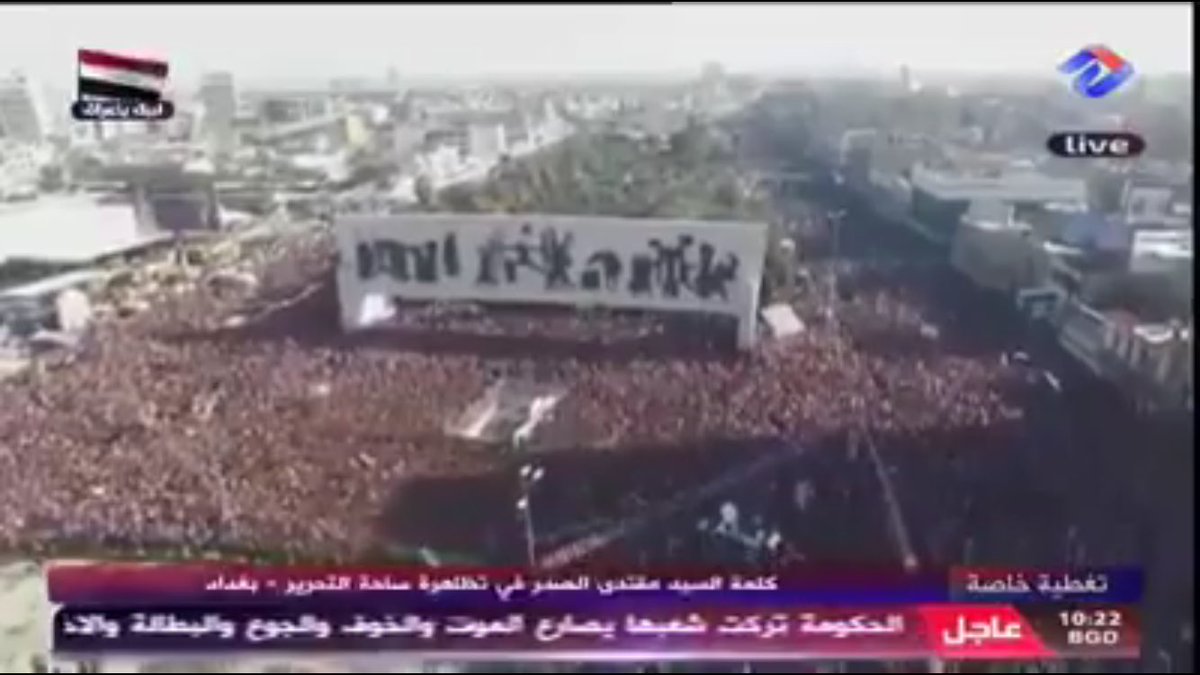 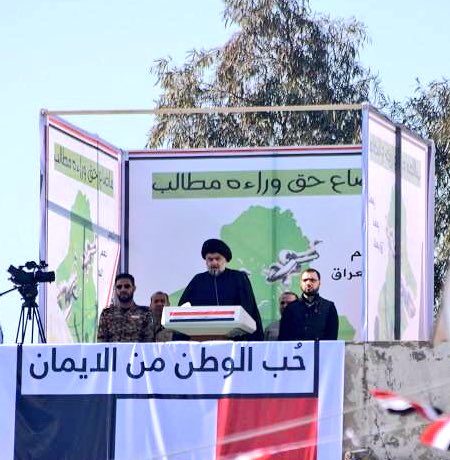 Basra’s governor revealed Majed Nasraoui, on Friday, for issuing a decision to withdraw weapons from the clans outlaw.

He said Nasraoui’s / balances News / “it was issued a decision to withdraw all kinds of light and heavy weapons from the clans outlaw.”

He added, “This step will start from the next few days.”

Referred to the province of Basra witnessed during the previous period , a series of armed clashes between clans because of thedifferences between them, which caused the deaths of some of the people from both sides ended with 29/42 g

Accused the head of the reform bloc Hilal Sahlani, Friday, most of the political blocs that they “will not allow” the government to pass reforms and changes are made “substantial”, in what was seen that most of the ministers who successively over the past decade are not fit for the management of kindergartens.

He Sahlani in a statement received / balances News / copy of it, “the mass support to make any repairs or changes in ministerial cabin, which intends to Prime Minister made a condition that is a radical change, and includes all the ministers, without exception, even if it included the change Minister mass,” noting that “most of the political blocs launches slogans in public support and upheld the ministerial change, but in reality will not let pass these reforms and will use all its potential to disrupt the ministerial change the fact that it will not be in their best interest.”

He Sahlani, the “bow to the will of the political blocs and request support it or support means any repairs or make fundamental changes in advance failure”, calling on all the political to “make some concessions, even for once to prove their patriotism.”

He said Sahlani, that “most of the ministers who successively over the past decade did not mend for the management of kindergartens, how they manage the sovereign ministries or non-sovereign” .anthy 29/42 g