Alusi said in an interview with / Baghdadi News /, that “the ambassadors of Iraq in 95 countries are paid a monthly salary of up to 10,000 dollars for each ambassador, while the total monthly salaries of ambassadors nearly one million dollars.”

“The pensions for Iraq ambassadors abroad cost the state treasury to $ 6000 per month for each ambassador,” noting that “the state has not taken the principle of justice, distribution of salaries between employees.”

He said al-Alusi said “the Iraqi government pay astronomical sums annually Kayijrat for the accommodation of ambassadors abroad,” stressing “to reduce spending and financial state of their ambassadors to coincide with the financial crisis experienced by the country.” It ended 21 / g

{Baghdad: Euphrates News} convene Parliament Speaker Salim al-Jubouri, on Sunday, an expanded meeting with the parliamentary bloc of the Union of National Forces, the participants confirmed their support for all the reform process taking place in the country.
A statement by the Office of the al-Jubouri agency {Euphrates News} received a copy of it on “The meeting discussed the legislation and important laws required by the current stage, especially with regard to political reforms and the ministerial change.
” The meeting also discussed also edit Mosul process ongoing in this regard and preparations as well as to prepare a plan integrated post-Daash the return of services to all areas affected by the military operations and re-displaced people to their areas as soon as possible. ”
He assembled according to the statement their support for all the reform process taking place in the country in order to serve Iraq’s supreme interest and out of the country from crises circle especially with regard to fighting and elimination of terrorism and the promotion of economic reality and build a real state institutions based on the principles of separation of powers and the protection of human rights and establishing the principle of citizenship and participation in the rights and duties “.anthy
http://alforatnews.com/modules/news/article.php?storyid=109399 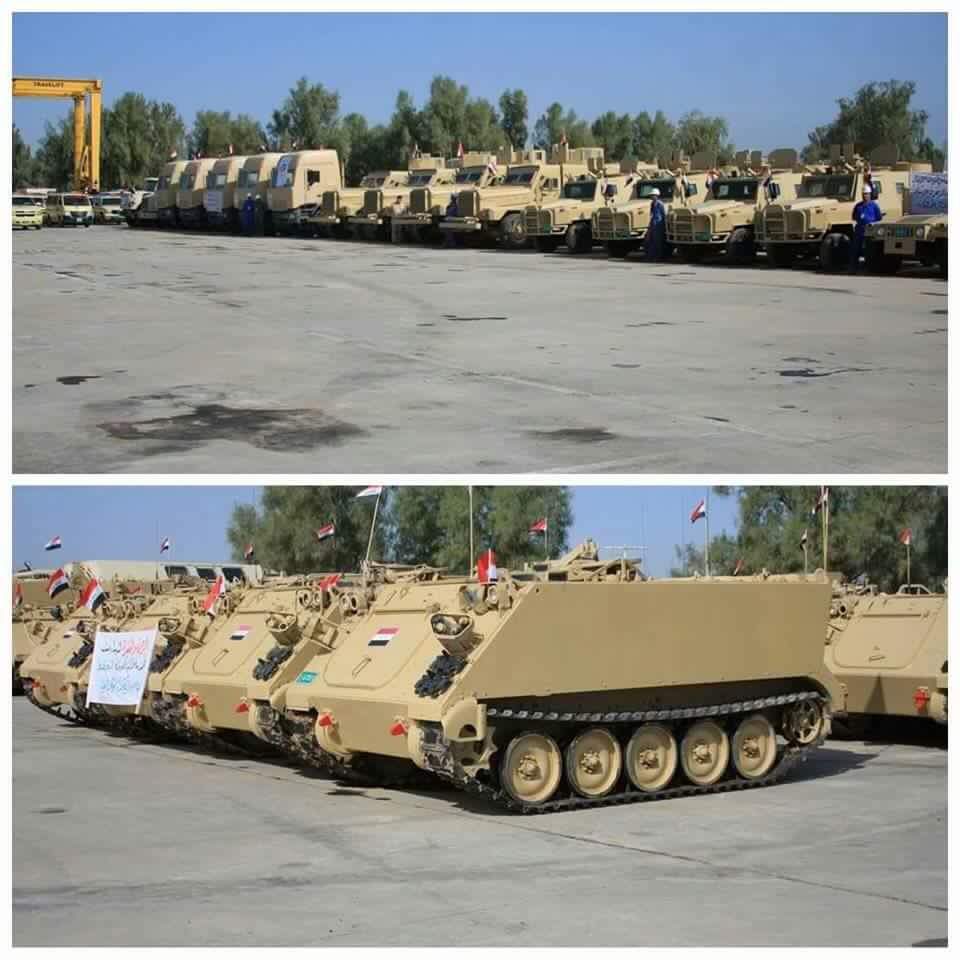 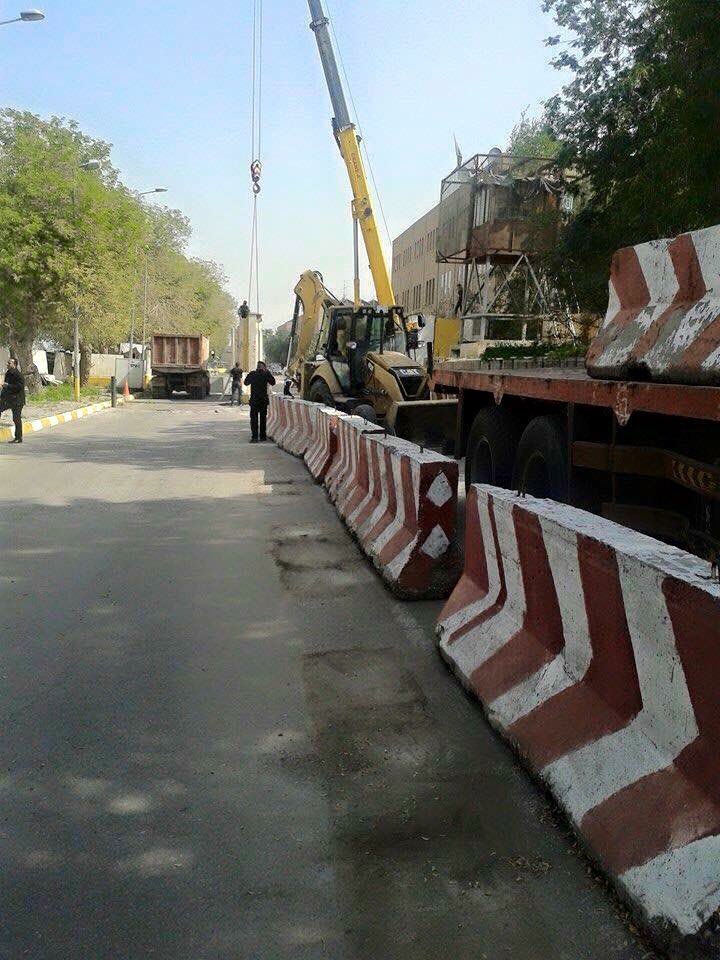 Ahead of anticipated overhaul of cabinet, ‘Sunni’ head of Parliament discussed proposals with Moqtada Al-Sadr #Iraq 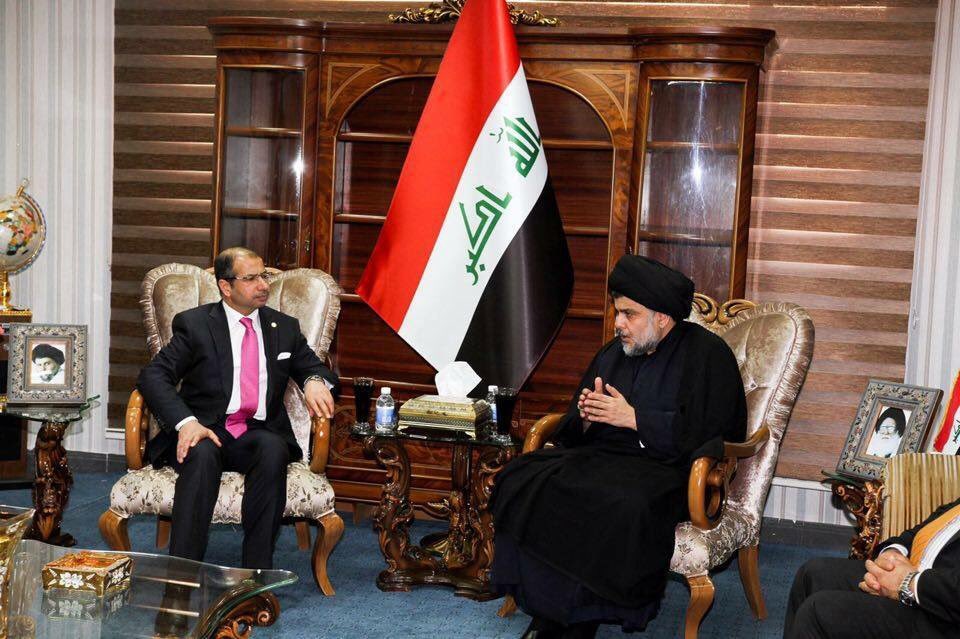 Baghdad-Iraq Press -21 February: detecting a spokesman for the cleric, tonight, about the reasons for the sudden visit by Muqtada al-Sadr, in Baghdad, while the price of the position of Chairman of the Supreme Council Ammar al-Hakim of the initiative launched by the current leader. He said Salah al-Obeidi said in a statement posted on media Saraya peace site: “We salute step head of the Supreme Council Ammar al-Hakim and his position on the reform project announced by the cleric Muqtada al-Sadr.”

He said al-Obeidi said “al-Sadr sees the importance of implementing all project axes and not just the application of one of them part of a government of technocrats.” He continued, “the chest arrival to Baghdad came to monitor the implementation of the reform project put forward by a week ago.” the head of the Islamic Supreme Council Ammar al-Hakim, on Saturday, the need for the reform to be based on “clear and comprehensive” plan for reform, as warned of the presence of the agendas of trying to ” Tsagit everyone, “expressing his support for the initiative cleric Moqtada al-Sadr, which he described as” correct and courageous. “the cleric Moqtada al Alsdrkd arrived, yesterday evening, to Baghdad on a surprise visit was not announced in advance. the leader of the Liberal bloc MP Zia al-Asadi , said that “Muqtada al-Sadr arrived in the capital Baghdad and visited the Imam al-Kazim (r).”

He added that “Sadr’s surprise visit was not announced in advance.” the leader of the Sadrist movement announced in the 13 February, for a reformist project that includes political, security, economic and regulatory aspects . Ended (1)

Baghdad morning’s New:
The head of the Liberal bloc in Parliament MP Zia al-Asadi, on Sunday, that his bloc is following the cleric Muqtada al-Sadr data, while threatened to take to the street in case the reforms to a standstill.
Asadi said in an interview with Alsumaria’s News, “The deadline 45 awarded by Mr. Muqtada al-Sadr, is still lingering, “explaining that” we are following Mr. Sadr because the data are important steps for the country. ”
He threatened the head of the Liberal parliamentary” out demonstrations in the event of deadlock on reforms. ”
I promised the Liberal bloc in Parliament, 20 February 2016, the Committee on the reforms made ​​by the cleric Moqtada al-Sadr as a “blow to the quotas.”
as shown that there is no “conflict” between the Commission and the Prime Minister Haider al-Abadi, pointed out that some of the political blocs “unwilling” independent Baltknuaqrat “oppose” project.
He called on al-Sadr in the (February 13, 2016), to the formation of a technocratic government that includes a team with experience to manage the affairs of state, and pointed out that the government should be without tendencies to the “party of power”, and gives out the years in order to achieve reform.
it came after a call by Prime Minister Haider al-Abadi in (February 9, 2016), to make a cabinet reshuffle “substantially” technocratic featuring characters, called the House of Representatives and the political blocs in the government with the support that.
http://www.newsabah.com/wp/newspaper/75240

Member of Parliament revealed the Kurdistan region Soran, Sunday, by gangs and dealers in the region convert billions of the 25,000 Iraqi dinar to Turkey, warning the Kurdistan category emptied of cash.
Omar said in an interview for alsumaria news, some traders, supported by some officials who knowingly or unknowingly value conversion of some 300 billion Iraqi dinars from the 25,000 dinars to Turkey during the past period, “adding that” currencies converted from this category dating printed between 2004 and 2008.
Kurdish movement calls for radical reform and fight corruption and solve problems through dialogue
Member of the Parliament of the Kurdistan region needs repairs to achieve the dream of statehood

He added, “the currency of the 25,000 dinar has become almost rare in capital markets in the region,” warning of “emptying the territory of this category.
“Traders from Arab nationalities, German and Turkish they bought in Turkey”, saying he had “documents and videos on these funds and illicit operations and ready for submission to the security agencies for investigation.”
A member of Parliament’s Kurdistan Kurdistan Islamic Group block Soran age coincided with the face of Kurdistan a severe financial crisis.

Baghdad / Iraq News Network coalition rejected Iraqi forces once and for all the popular crowd participation in the liberation of Mosul. According to a statement of the alliance today: Prime Muttahidoon Osama Najafi, the head Saturday evening an important meeting attended by ministers and vice-bloc alliance of Iraqi forces, which they discussed and discussed “the latest developments in the political and security situation and in particular the liberalization of Mosul process, the government and change the forthcoming” .oard Najafi ” an integrated vision of the political process and ways to solve them and relieve Achtnaqatha problems, also presented his vision for the Liberation of Nineveh and this important process of Asthoudarat and mobilize the energies and the presence of an active command and control on the overall activities required “.ozkr statement said the meeting, due to the specificity of the battle to liberate Nineveh in being is going to break the back of terrorism and recorded the end of the terrorist organization, they decided unanimously “to bear the children of Nineveh effort President in the process in partnership with the army and the Peshmerga forces and the international coalition”. as they decided to “open the way for the people of Nineveh to volunteer and support them with weapons and equipment required to perform their national duty in the battle of liberation, as participants confirmed support for the children Hawija and providing their participation in the elimination of Daash supplies “.oorteur participants” not to approve the participation of the popular crowd at the battle once and for all. “He explained the statement the reasons for non-approval, because the Nineveh” is rich in human cards with the province, and her children have a burning longing to liberate their wallets and return to their normal lives and they have the incentive and motivation and high morale to respond to the terrorists who were the cause of suffering is unprecedented for the citizens of their wallets “.ocdoa” any decision to introduce the popular crowd would help Daash gangs and strengthen it to make the sectarian nature of the battle to serve the black propaganda, so it should not be available any chance of Daash to exploit “.ohdd meeting on” the National crowd composed of the sons of Nineveh, of different religious, sectarian and national affiliations, is best able to grab the land and dealing with the citizens of the province, and to give the utmost importance to the lives of citizens, and the city’s infrastructure, while preventing any reprisals or liquidation “.wacharoa to accounts that” no force attack should receive the support and backing of the citizens who fear the destruction process, and prevent or delay the return of displaced persons associated with the practices of some factions of the popular crow