Skip to content
HomeSadr calls for the restructuring of State-owned banks and the inauguration of the governor of “experienced” the central bank Department: Business & Fina 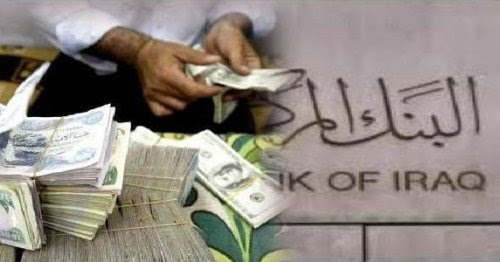 He demanded the cleric Moqtada al-Sadr on Saturday, the restructuring of State-owned banks, calling on Prime Minister Haider al-Abadi to the inauguration of a new governor experienced the Central Bank, rather than on the Keywords.

Sadr said in a speech on announcing the project of political reforms and pursued “Sky Press,” that “economic reform starts from the restructuring of State-owned banks”, called for Prime Minister Haider al-Abadi to a new central bank governor’s inauguration advantage of the experience and efficiency rather than from the governor on the Keywords ” .

“The local product support and prevent the import, in addition to support small enterprises in order to promote the economy,” while al-Sadr called for a Alsamh laws on foreign currencies. ”

He continued, “on the issuance of new government bonds, in addition to supporting the agricultural and industrial sectors,” he said. “This is according to a program it is one of the people with experience.”

He called al-Sadr to “encourage national investment through the provision of necessary facilities in this regard, calling for the privatization of some public utilities and unconditional service offered promise of wealth and exploitation at the expense of the citizen.”

Iraq and many countries in the world is witnessing an economic crisis, as a result of falling oil prices in the global stock, below $ 48 per barrel, up from $ 110.

Iraq relies, by 85%, on oil as well as Iran and Russia Almtdharran biggest with Iraq in the lower price, as a result, the Iraqi government was forced to announce, an austere operations, in general in the country in an attempt to fill the budget deficit, as well as the government announced Iraq, reducing the Council of Ministers’ salaries 50%.

It is noteworthy that Prime Minister Haider al-Abadi pledged at the 11th of August last year to continue reforms and promised the people that said, “I will continue, even if it cost my life.”
http://skypressiq.net/12743-%D8%A7%D…%B2%D9%8A.html