{Baghdad} Euphrates News Parliament Speaker Salim al-Jubouri said that “his visit to the United States included the two axes and the face through which messages need for solidarity of the international effort with Iraq and support Aguetsadia..itba ..
http://alforatnews.com/modules/news/article.php?storyid=108008

Twilight News / raised religious authority in Iraq, Ali al-Sistani’s decision to stop expressing his political views proclaimed by his representative in Karbala, Ahmed net in Friday sermons, a sensation in the reasons for taking this step.

The one close to the reference to al-Sistani is trying to remind everyone to “different from the velayat-e faqih philosophy of Najaf.”

The idea of ​​creating a “crown jurist” Iraqis have always been an effort, not a Shiite political forces that adopt the theory, even to those forces that believe in the traditional philosophy of Najaf, which is trying separation between religion and politics, and taken from the growing role of Sistani’s religious in popular circles, in recent years, an excuse to try to give him a direct political role.

Safi said in a sermon last Friday that “reference has to read the text written is a vision in Iraqi affairs, but it was decided that this is not a week for the time being,” adding that “the reference views will go according to the emerging issues and require events.”

The net position of the reference week announce every Friday, and the most prominent positions in the past months to support Prime Minister Haider al-Abadi to implement the reforms announced by, and support for popular demonstrations in Baghdad and the southern provinces, and his criticism of successive governments since 2003.

And linking politicians between al-Sistani’s decision and the failure of the Government of Abadi in conducting reforms, stressing that the authority wants to disassociate Najaf for political failure, especially since the government has taken the lid.

But a source in the reference said that “al-Sistani who boycotted the political center of the Iraqi years, and March, cross-platform Friday the role of the opposition and the instigator of the change, does not want to be dealing with his speeches as a political directives, which insists that the reference be far away from political affairs except in the narrow limits “.

The source revealed that al-Sistani “has already been reprimanded Abadi in oral messages and other written, because of his attempt to cross consulted those close to him or by his son, Mohammad Reza in issues concerning the affairs of the state and governance, and this is rejected by the reference categorically”

Revealed to the economic and investment commission member of the parliamentary Ahmed Kanani, Saturday, for the allocation of 250 billion dinars to pay dues peasants.
Said Kanani’s / balances News /, that “there are several discussions within the Economic Committee of the Council of Ministers on the allocation of dues of farmers.”

Kanani said that “the Economic Committee of the Council of Ministers has allocated 250 billion dinars to pay dues peasants” .anthy 29 / p 18 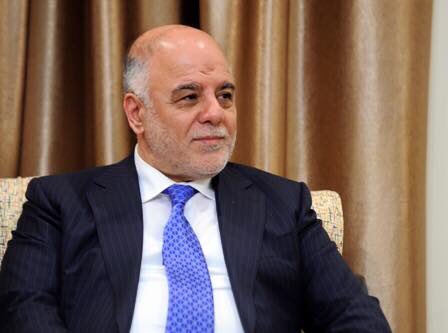 Al-Jabouri criticized parliamentary committees: two years and had not filed reports on corruption

Baghdad — the balance of news
The head of the House of Salim al-Jabouri, Saturday, that the responsibility of the international community must be solidarity with Iraq’s responsibility in the war against terrorism, stressing that the two years of the age of the House, did not hold one.

Al-jubouri said during a press conference held in the Parliament building attended by Reporter/News/balances, that “security reform without political reform will be incomplete,” adding that “the international community must be solidarity with Iraq’s responsibility in the war against terrorism.”

He added, that “you must exercise oversight role through the search for accurate information to fight corruption”, stating that “there are regulatory committees play an arm of the legislature.”

He added, “the House is no place for personal files will be provided and defined by the competent committees”, adding that “two years and some committees do not report needed to hold failing or corrupt leading to access to banish anyone who chaired the Committee.

The head of the House of Salim al-Jabouri, on Saturday, that every citizen has the right to search all messages available to ensure security and stability, urging the Government to ensure the necessary protection ldiali.

MP Kamel al-Zaidi in the National Alliance, said on Saturday that the coalition is suffering from weakness in the parliament and divisions because of his failure to choose a president.

He said Zaidi’s / balances News /, said that “there is a significant weakness in the National Alliance’s performance in the recent period in the House of Representatives and the divisions evident in the decision-making.”

Zaidi added that “the coalition failed to agree on the chairman of the alliance to succeed Jaafari did not meet periodically to discuss issues raised in the arena-style McCann did before,” adding that “the candidates front-spur-chaired the coalition are MP Ali al-Adeeb and head of the Islamic Supreme Council Ammar al-Hakim” .anthy 29/33 h

The Commission on the economy and investment representative, said on Saturday that the government continues to pursue a new economic policy that ensures the reduction of the economic crisis experienced by the country.

The committee member said Harith al-Harthy’s / balances News /, that “there are many treatments of the economic situation the country is going through represented change the economic policy practiced by.”

He said Al-Harthy, the “Index of Economic Freedom for the current year put Iraq last mattresses result of the war imposed on us, the economic crisis and lower oil prices, as we are the status of the development and construction of a new economy, according to a scientific strategies”, hoping “the transfer of Iraq to the highest economic levels in the periods next. ”

He explained that “this indicator does not negatively affect bringing in cash and investment capital and others.”

The Iraqi government objected to the international reports on the economic freedom in the country, and called for a parliamentary committee specialized to what it called “rationing mess the economy,” and attributed the negative international attitudes to the lack of unification of visions between the state institutions towards foreign issues. Ended 29/38

Iraqi security sources revealed on Saturday that Washington is putting pressure on the Baghdad government to end the partnership the popular crowd and solving the resistance factions, which had a larger role in the war on terrorism.

The news agency Fars in the news translation agency / information / quoting a senior Iraqi source who preferred not to be identified as saying that “the United States government has been quoted by diplomats message to the Iraqi government that there is no need to build public and that role must end.” . Adding that “security sources in the battlefield indicate that the Iraqi government’s progress in this path.”

And it warned the factions of the popular crowd spilled forth this information from any regional or international attempts to halt their role or their operations.

The MP Hassan force had said in an earlier statement that “the United States is trying to make the utmost efforts to fold the popular crowd in order to prevent the progress of these forces in the country.”

Left to the popular resistance factions and the crowd has been able to defeat terrorism Aldaasha in many battles in Salahuddin, Kirkuk and Baiji, Ramadi and rock cliff and is still battling on several fronts, from Anbar and is preparing to participate in the liberation of Mosul. It ended 25 Z 06-02-2016 02:10 PM
House of Representatives voted to approve the appointment of Judge ultra Zidane head of the Court of Cassation