Shafaq News / The head of parliament Saleem al-Jubouri, the World Bank to support Iraq economically in order to come out of its financial crisis caused by the decline in crude oil prices in global markets in addition to the war against the terrorist organization Daash.

This came during a meeting with Iraq’s affairs official file Hafez Ghanem, World Bank, according to a statement issued by al-Jubouri’s office.

The statement said al-Jubouri said the importance of supporting Iraq economically out of the current crisis, and stressed the need to speed up the support of new programs for displaced people due to the worsening humanitarian situation.

The statement added that al-Jubouri, stressed the importance of speeding up reconstruction and resettlement of the local population and provide a real model for coexistence and stability.


Al-Jabouri’s Office said in a statement/balance news, copy, the latter “met with officials of the World Bank to support Iraq economically and ensure the needs of the citizen.”

The statement added that “such as his meeting with his us counterpart, discussed with members of Congress in support of Iraq in the face of terrorism,” also discussed us updates on the security and political situation. 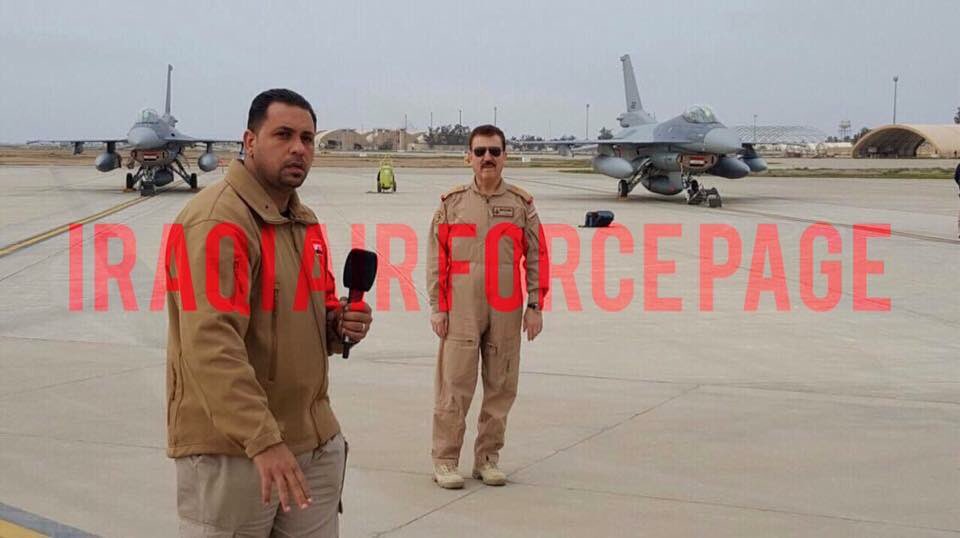 The spokesman for the International Alliance Against Daash Steve Warren again no intention to send US ground troops to Iraq.

Warren said during a news conference in Baghdad on Tuesday that the deployment of additional US troops depends on the Iraqi government’s decision, said: “There are no plans to bring in additional troops to Iraq unless the troops asked the government”.

Warren confirmed that the military operations in Anbar going as planned, referring to the Liberation of Daash gray, with the exception of some neighborhoods in the south-east.

Ran said through an interpreter:

Basra – Iraq Press – February 2: MP for the province of Basra, Zaher al-Abadi, said on Tuesday, in a press conference held in the House of Representatives “We noticed the application of the tariff law in the provinces without the other in contrast to the budget provided for its application in all Law provinces. ”

Abadi and demanded the government to “wait currently applied, we will stand with them because we were able to apply it in all the provinces and fairly.”

To that it added the MP for the rule of law, the emotions of grace, that “there is variation in the application of law in Basra is the collection of 30%, and in the port Abraham Kurdistan only 5% and this is not just like another state,” the government is required to “apply the law of customs tariff all government ports and fair. ” Ended O.h

I almost Member BAGHDAD – Iraq Press – February 2: parliamentary Finance Committee revealed, “The prime minister’s office held a workshop, in coordination with the central bank about electronic payment, electronic collection, in a move to take over the salaries, and the payment of taxes, and collection through electronic numbers “.

She committee member, Majida al-Tamimi, said that “the Central Bank is the guarantor of this project, and must study the issue in all its aspects, and the closure of corruption outlets, while there are companies took license to this project, including the ACL,” the company, adding that the government has only through reforms, and must The move to reduce expenses, and increases revenue. “

It showed that “the country has reached a dangerous and sensitive phase as a result of lower revenues, coincided with the entry of Daash since mid-2014,” pointing out that “the central bank denied the reduction of the Iraqi dinar against the US dollar in the prior permission of the Director of the Central Bank.” Ahh ended

Follow-up -arac Press -2 February: According to Arab and Western news reports on Tuesday that the United States recently included 71 Iraqi political figure on the list of political exclusion will be stripped of their posts and some of them may affect the legal accountability.

The reports quoted sources described the high Baerakip, said that “the former Iraqi Prime Minister Nuri al-Maliki will be at the top of the US list, as well as Hussain al-Shahristani and Hadi al-Amiri, who Tzlma ministerial portfolios, and Abu Mahdi Mohandes required US and internationally on charges of involvement bombings affected Western and American interests.”

The list includes well, political figures, including officials in the Iraqi government.

On the other hand, Iraqi political source revealed the existence of intensive contacts conducted by a number of American advisers and leaders of the Year with the leaders of the three factions of the Iraqi opposition, to be entered in what is known as “the new political process” in Iraq.

She says, “toss” News, citing its own source that “Iraqi figures currently based in America and Britain, a candidate to return to the country, including all members of the dissident Dawa Party, which is led by al-Maliki.”

But the same sources revealed, that “the United States insists on Abadi stay in office and threaten the application of the Iraqi presidential system just in case the situation of the political standstill place without progress in the light of Iran’s expansion and growing collapse of the Iraqi state institutions.” Ended (1)

Said Basil al-Obeidi, an economist for the main advantages of e-dinar project to be established by the Central Bank of Iraq, as pointed out that the project will enable the citizens to pay debts discharged electronically.

He said al-Obeidi told / information / The “e-dinar project is a small device resembling his job ironing Card will be used in service departments that charge fees for citizens to issue their transactions,” noting that “the project will address pay back the money sent by the official circles to banking problems Government through the electronic balances, rather than the treasurer, as well as an end to corruption and administrative operations by falsifying some transactions. “

“The e-dinar project will enable citizens to repay discharged from wages for the service by sending them circles by their electronic devices without the need for Korsdh because of what those circles.”

Said Governor of the Central Bank on the Keywords Monday, the bank’s intention to launch a project to facilitate e-dinar payment collection service and the provision of economic and material to facilitate liquidity management. Finished / 25’s

[Baghdad-where]
President of the Kurdistan Regional Government, Nechirvan Barzani, on Tuesday, that will be the distribution of salaries of employees in the Government of the Territory announced within days. “
Barzani said in a statement to the network Roudao, he “will be announced the distribution of salaries table as soon as possible.”
It is scheduled to convene a meeting of the Council of Ministers in the government of the Kurdistan region, on Wednesday, to discuss how the distribution of oil export revenues, so as to be sufficient to pay the salaries of employees in region.
and delayed the provincial government to pay the salaries of its employees for several months because of lack of financial resources and stop the implementation of the oil accord with Baghdad under which gets the province on its share of the budget by 17%.
A delegation from the Kurdistan Regional Government headed by Prime Minister Nechirvan Barzani arrived in Baghdad Sunday last after a break for months and tension in relations with the center and discuss the Kurdish delegation outstanding issues, notably the oil and the region’s share of the budget and the salaries of the Peshmerga.
agreed delegation region with Prime Minister Haider al-Abadi the importance of adopting a program of economic reform to reduce dependence on oil as the only source of national income and the adoption of a plan to continue to study the program reform and optimize resources, especially the full commitment levying customs tariff and income tax as the Federal Government financial resources back to the utility region and the provinces alike.According to a statement of the Office Abadi.
He described Nechirvan Barzani, the meeting with al-Abadi, Pallaijaba.anthy
http://www.alliraqnews.com/modules/news/article.php?storyid=29019