[Baghdad-where]
a spokesman for the international coalition forces led by the United States Steve Warren Friday announced the training of about 20 000 individual of Iraqi security forces as a prelude to the restoration of the city of Mosul of al Daash.
He explained Warren from his headquarters in Baghdad, he told reporters at the US Department of Defense [Pentagon] via closed-circuit television that is being prepared ten military brigades, which will enter the connector.
Since the restoration of Iraqi forces Ramadi last month intensify international coalition preparations for the restoration of Mosul.
The US has also published about 3,500 troops in Iraq to train local forces and provide advice to them.
Lieutenant General Sean McFarland American commander of the international coalition in Iraq, said that the coalition depends Championships in Anbar, the Iraqi army as a way of training to restore Almousel.anthy
http://www.alliraqnews.com/modules/news/article.php?storyid=28653
Advertisement

Iraqi security forces progressing Friday in collaboration with the International Alliance of aviation and the military in the east and north of the city of Ramadi areas of Anbar province to release it from the organization of the Islamic State “Daash”.

He said the mayor of Ramadi Hamid Ayad “Radio Sawa” There is set by the central government and local government’s plan to re-parents after clearing the city of improvised explosive devices and bring life from water, electricity, health, education, and then re-residents to the city of Ramadi.

In the meantime, it managed to force the army band of the seventh to secure the arrival of more than 400 trucks carrying food and fuel to eliminate modern and hand-Baghdadi west of Ramadi.

Iraqi security forces began Thursday in the implementation of operations to restore areas in the east of Ramadi, the largest city in Anbar, from the grip of militants Daash. 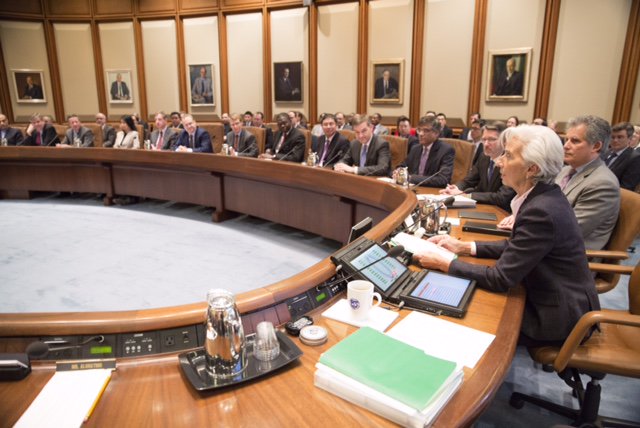 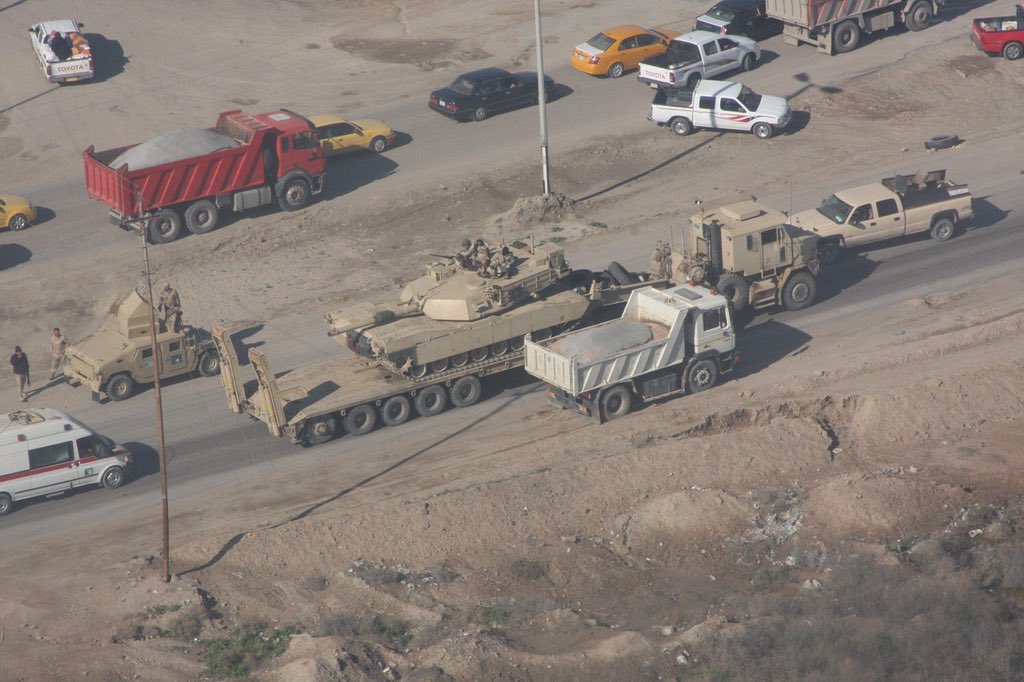 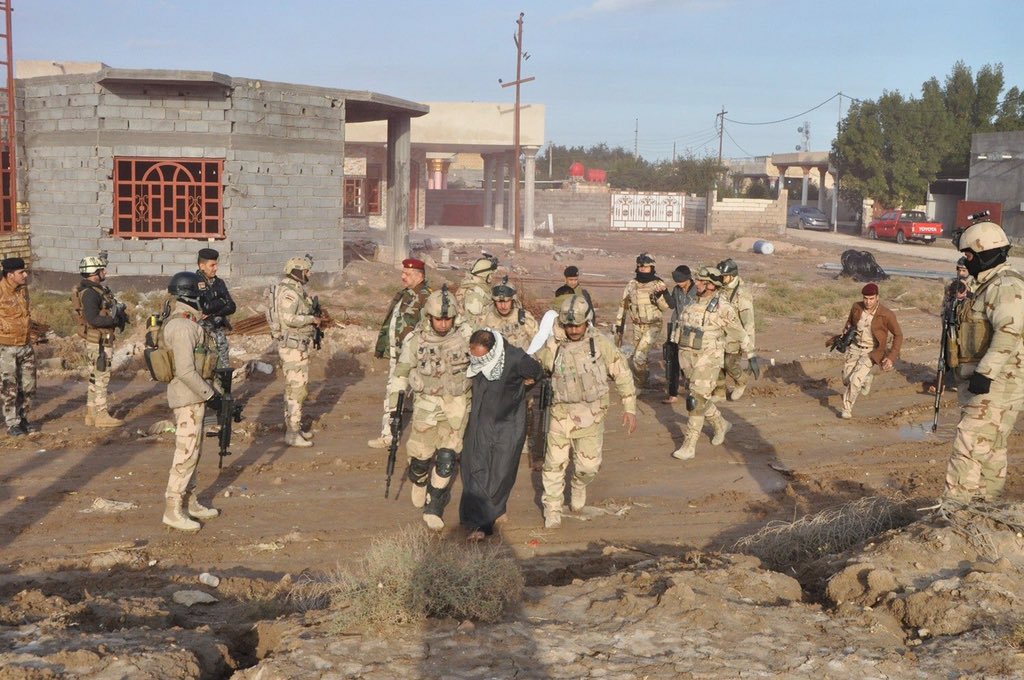 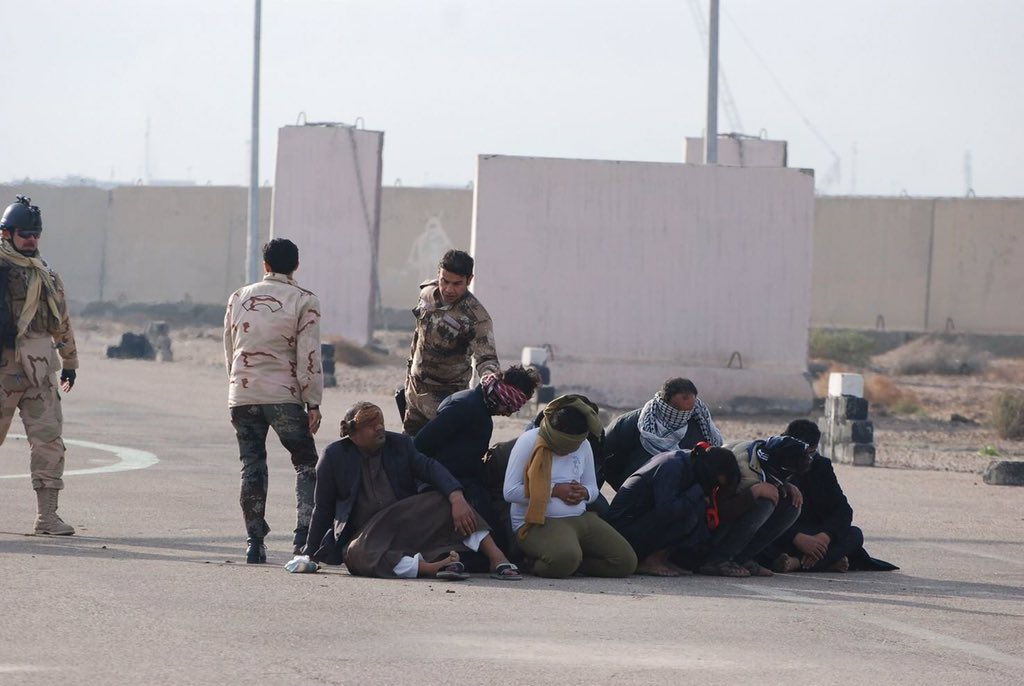 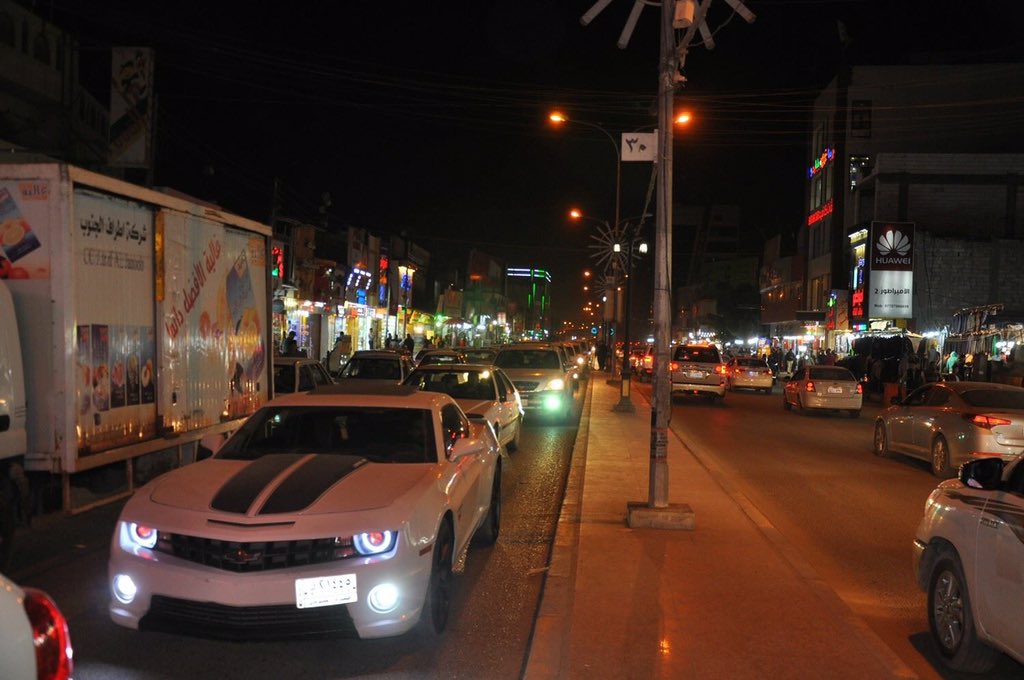 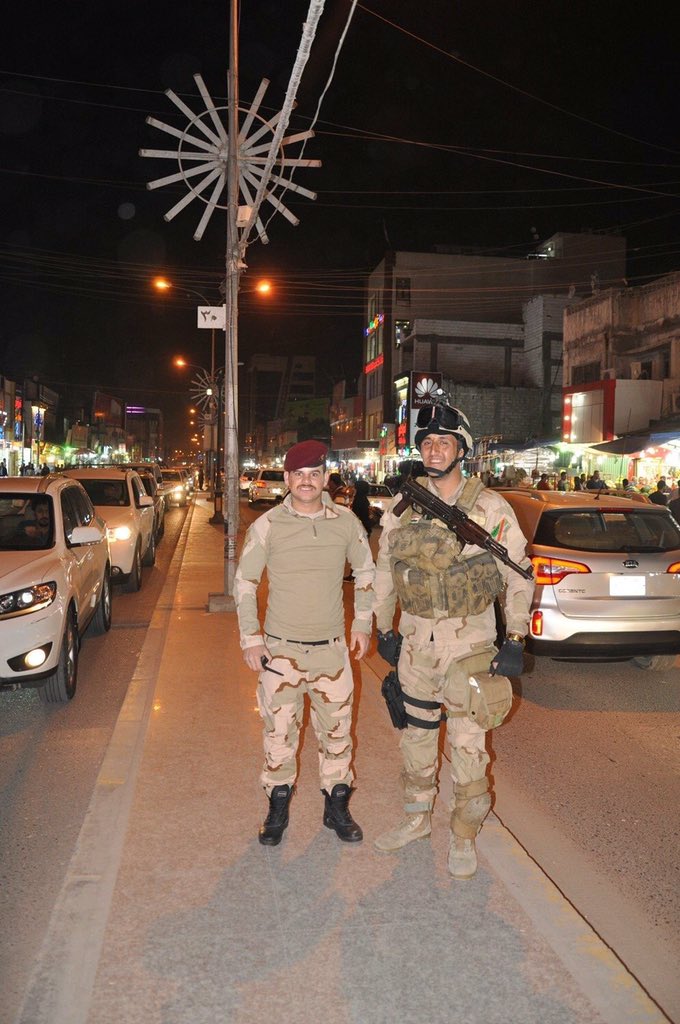 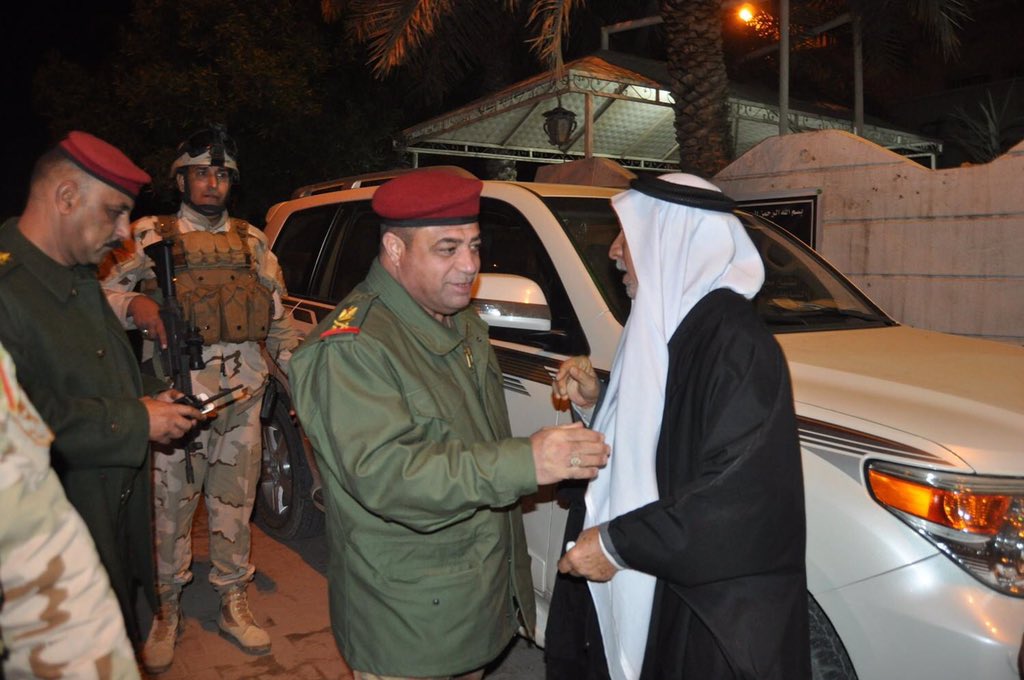 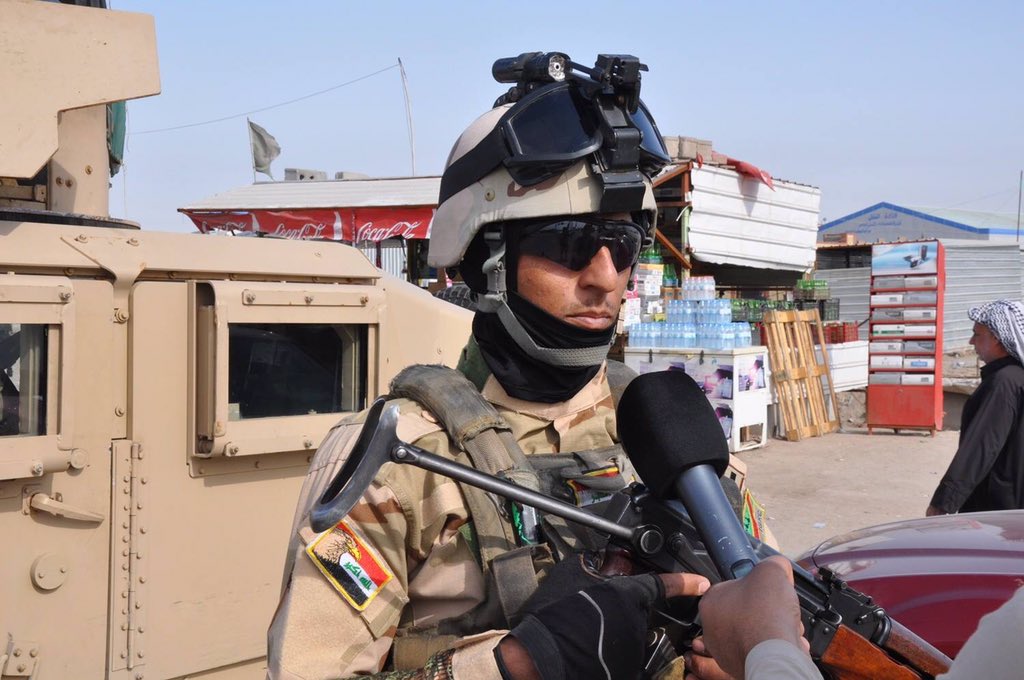 BAGHDAD / Obelisk: A poll conducted by the agency ‘Reuters’ news agency, said Friday that the average price of oil will increase only slightly to $ 40 this year, the biggest monthly cut expectations in the year amid a growing supply glut caused by an increase of Iranian supplies.

He predicted the survey of 29 economic analysts Brent to average US $ 42.5 per barrel, down ten dollars from last month’s poll.

Oil prices have slid below $ 30 a barrel this month to its lowest level since 2003, under the weight of rising fears of inability even to keep up with strong demand for the supply and the difficulty of the top producers in the world agrees to curb supplies.

Thomas said Poh commodity markets analyst at Capital Economics ‘most pressing of the market it will be the volume of oil is back Iran pumped’, pointing out that ‘any significant change in Iranian production up or down will affect the prices’, as reported by ‘Reuters’, and I followed ‘obelisk’.

Analysts predicted that the tensions between Saudi Arabia and Irene prevent reach Organization of Petroleum Exporting Countries to cut supply on consensus.

Said Rahul Brithiana director of research at Crisil ‘chance a decision by OPEC to cut production so far away. Saudi Arabia will not participate in the reduction of production without the participation of all members of OPEC and major producers such as Russia ‘.

Analysts expect the average futures prices for Brent and WTI 34.4 and $ 33.2, respectively, in the first quarter of the year.

According to the poll is expected to average US crude price of $ 41 a barrel this year, compared with about $ 49 in 2015.

JP Morhan was expected for the price of Brent in 2016 was the lowest at $ 31.25 a barrel and predicted Standard Chartered top at $ 63.

[Follow-Wayne]
source in the Iranian oil sector, he said that Iran is moving to raise crude production of 500 thousand barrels per day after the lifting of sanctions, and that it has already sold six supertankers load additional quantities of crude to Europe and Asia.
A source familiar with the export operations of the three supertankers additional quantities of crude sold to buyers in Europe and three to Asian customers for delivery in February.
She said trade sources The Atasko commercial arm of Russia’s Lukoil will become apparently the first buyer in Europe since the lifting of sanctions.
and it will hand over the Swiss Trade Co. million barrels of Iranian crude to the refinery Petrutl subsidiary of Lukoil in Romania in order to load in the island port of Iran came out on the fifth of February.
The Iranian source “raised Iran’s crude oil production at least 500 thousand barrels per day, and you’ll see the market so Almqublh.anthy in few days
http://www.alliraqnews.com/modules/news/article.php?storyid=28625

Hundreds of citizens came out demonstrations in Tahrir Square in central Baghdad, on Friday, demanding the government to take real action for the advancement of the country and eliminate the scourge of corruption.

The reporter said the agency / information /, who attended the demonstration that, hundreds of citizens came out a demonstration in Tahrir Square in central Baghdad, demanding the government to take real far from the words and statements media procedures, would the advancement of the country and the eradication of rampant corruption in most aspects of the state and find solutions to the financial crisis asphyxiating.

He added that, security forces deployed in Tahrir Square, and imposed a security cordon to protect demonstrators from terrorist attacks .anthy 25 K.

Futures rose to global measurement Brent crude on Friday to reach gains this week to about eight percent, and prices tend to climb towards the second week in a row supported by hopes of reaching an agreement among producing countries to address the growing global supply glut.

Brent jumped about 28 percent since hitting 27.10 dollars a barrel on January 20 in January and is heading towards the peak of January 28 in January of $ 35.84.

Brent rose 68 cents to $ 34.57 a barrel after having closed up 79 cents, equivalent to 2.4 percent at $ 33.89 on Thursday as he headed towards the achievement of gains for the fourth straight session.

[Baghdad – where]
called on the Office of the Prime Minister Haider al-Abadi, the Iraqi Central Bank to review its policy on “the smuggling of foreign currency.”
A spokesman for the Office Saad al-Hadithi, told all of Iraq [where], that “the Central Bank’s policies as an independent government can not be a party to work details and management of fiscal and monetary policy, they are within the jurisdiction of the central bank, such as selling foreign outlets currency”, pointing out that it ” policy by the Bank as an independent body.
“However,” but all the cases, the economic situation through which the country is difficult, and requires conduct reviews of all policies on financial management level, and monitoring and transmission of funds, and money laundering and smuggling of foreign currency out of Iraq under the investment cap, ” stressing that “this is very important.”
He pointed out that “the real selling currency practical way to import as it is through trade through the purchase of currency from the bank for the importation of goods, and at the same time the central bank takes today this process accurately and announce it to the media.”
He Sabri that “the Iraqi currency by which to provide and pay a large part of it through the auction of the Central Bank, since the source of the money supply financial and liquidity may savers large part of citizens and non-existent in the economic cycle.”
And that “this greatly affect the The central bank capabilities which are sometimes forced to sell high amounts of currency for cash, through which provide important basic amounts to provide the salaries of staff cover, the process overlapping and difficult, but the result enters this in a political central bank framework.
“The official document of the Finance Committee in Parliament revealed that The central bank sold the amount of the US dollar in the past year 2015 more than Iraq’s imports of foreign currency obtained from the sale of crude oil in the same year.
showed the document to state revenues from oil for the year 2015 amounted to $ 38 billion, while sales of the bank in the same year was more than 44 billion dollars, a difference of more than five billion dollars, that is what sold Iraq of foreign currency more than its imports from them.
The Iraq faces a financial crisis due to the sharp decline of oil, in terms of financial budget for this year with a total expenditure of more than 105 trillion deficit accounted for 22.8%, and totaled Revenue in which 81 trillion and 700 billion dinars, the oil revenues, of which 69 trillion and 773 billion dinars The increase of 85.1% of total revenues, while non-oil revenues amounted to more than 11 trillion and 927 billion dinars The increase of 13.6% of the total Eradat.anthy 2
http://www.alliraqnews.com/modules/news/article.php?storyid=28611

{Najaf: Euphrates News} to Fri Najaf, Mr. Sadr al-Din Qabbanji called on the government to lift restrictions on investment and support the private sector.
Mr. Qabbanji said during Friday prayers at the Grand Husseini Fatimid Najaf Ashraf was attended by the correspondent of the agency {Euphrates News} today that “the financial crisis is the reality in Iraq and other countries and to Iraq to support the private sector and supporting the sectors of agriculture, industry and open the door to investment to address the economic crisis.”
And between “We have to open the door to investment which is almost up to zero in Iraq because of the restrictions and conditions, and the state is called upon to make way for investment and the development of agriculture and industry.”
On the other hand praised “the progress achieved by the armed forces in all its different forms in the cleansing and edit all regions and villages of gray,” stressing that “our victory is the result of the moral dimension and the link in God”, praising “the presence of scientists and whistleblowers in mounds front.”
In a separate affair pointed out that “the position of Al-Azhar to cancel the contest had called her scholars of Al-Azhar on how to counter the threat of Shiism,” hello “to this position “.
He pointed out that” Al-Azhar between Wahhabi pressure and inviting the mind of moderation enjoyed “, and wished him to maintain and Stith and moderation, and instead of mobilizing public opinion to confront the Shiites must confront the threat of terrorism, beheadings and mobilize public opinion against Israel and extremism,” .anthy
http://alforatnews.com/modules/news/article.php?storyid=107334