Counting Iraq, said on Sunday that the Islamic nation “we can not” attain global leadership that did not exceed the “differences and differences”, while calling for resorting to dialogue “prudent administrator” to bridged and deepen the confidence away from the reasons, “the band and the Diaspora”, underscored his commitment to work in that framework and to be “a bridge to meet and love and cooperation and solidarity” between the nation states.

This came at the conclusion of the Conference of the Parliamentary Union of the OIC Member States to cooperate, this evening, where was followed by the current chairman, chairman of the House of Representatives of Iraq, Saleem al-Jubouri, the final statement of the conference, according to a statement to the media office, I received a (long-Presse) a copy of it.

He began Jubouri, his greeting of the participating delegations, and the President of the Parliament of the Republic of Turkey “friendly” to the “wise leadership” of the previous session.

The head of the parliament, that it was necessary “to stop carefully at a number of facts in the face of daunting challenges that face us as a Muslim nation, come in the forefront We are a nation that honor God by being the best nation raised up for people to order the good and forbid evil, and it is fertile mother each first civilizations” , he returned that “the nation is available so worthy to be a leader in today’s world, a nation producing bright precious life is not a happy nation consuming what others produce types of life where some of the children of our nation hybridization or Weird find values ​​for Islamic governance system” Properties.

And saw al-Jubouri, the “Islamic nation, we can not achieve that leadership that did not exceed the differences spot here or there and differences”, calling for a “resort official who is keen on the nation of dialogue and its existence and its future (and argue with them is better), and to bridge the hue differences and deepen trust and Nrbo for Mhadhat the band and the diaspora. “

The President of the Parliament, that “Iraq will work in that framework is able to afford it, and we will be a bridge to meet and love and cooperation and solidarity between all nation states,” noting that “the strength of our nation and prevented it lies in the unity of its political, economic and in harmony Madiat do on a global scale, and that the the power of the nation and the security of the power and security of any state of their countries. “

He said al-Jubouri, that “all the structural imbalances on the fronts of politics, economy, science and technology are correct and out of the predicaments will of the Islamic Society of lonely since given us God from the great natural resources and human wealth of creative and innovative,” pointing out that “Iraq reiterates his assertion that he will make every effort to preserve the Union of Islamic values ​​and support councils members by all possible means in order to political, economic and social interests of the service and the promotion of joint cooperation between the Islamic countries to confront the current challenges. “

He said al-Jubouri said Iraq reaffirms its commitment to implementing the recommendations of the conference and re-activate the Strategic Action Programme for the Union of Islamic Cooperation Organization Councils and the appropriateness of the executive plan with the United Nations Commission on Sustainable Development Goals, and is looking forward sincerely to prevail Spirit responsible witnessed by the Conference other shared our activities during the period between the new session and the subsequent session We wish that we meet have spent on terrorism in all Muslim lands of the earth and Madt under the banner of intellectual, and that we have reached a comprehensive solution to the central Palestine cause. “

Opened in the Iraqi capital of Baghdad, on Sunday, (the 24th of January 2016), the activities of session 11 of the Conference of the Parliamentary Union of the Islamic countries, the presence of the heads of the Republic, Fuad Masum, government, Haider al-Abadi, the Parliament, Saleem al-Jubouri, as well as the heads of a dozen Muslim countries and representatives About 40 countries.

BAGHDAD / obelisk announced the Finance Committee in the House of Representatives member Haitham al-Jubouri, Sunday, for the completion of the interrogation Finance Minister Hoshyar Zebari in Parliament proceedings, with detection of 14 submitted a proposal to the Prime Minister Haider al-Abadi recently to resolve the financial crisis that hit the country.

Jubouri said in an interview with the local media and I followed ‘Obelisk’, ‘I completed the questioning of Finance Minister Hoshyar Zebari procedures and I am now waiting to determine the date by the Presidency of the parliament’, noting that ‘interrogation axes include rent houses private planes, and the contract monopolistic companies Ironing Card since 2007 ‘.

He said al-Jubouri, the ‘solution to the current financial crisis lies in the removal of all current ministers, and replaced the ministers of youth and technocrats and experts in the field Achtsasthm’, explaining that he had made a ‘during the month of September 14 a proposal to the Prime Minister to resolve the financial crisis, was my answer an official letter that he issued orders bureaucracy in the 10 paragraphs of the proposals, with the remaining paragraphs referred to the Cabinet committees amounting to 540 of the Commission ‘.

It is noteworthy that Iraq is witnessing a financial and economic crisis stifling result of the sharp and sustained decline in world oil prices, as the government seeks to find alternative resources other than oil.

Received the President of the Kurdistan region, Massoud Barzani, on Sunday, the US ambassador to Iraq, Stuart Jones, During the meeting, they discussed bilateral relations between the Kurdistan Region and the United States, coordination and cooperation between the two sides in various fields.

[Baghdad-where]
Search and Finance Minister Hoshyar Zebari, with New Zealand, Brazil, Canada ambassadors in Iraq, promote investment and debt settlement.
According to a ministry statement received by the agency all of Iraq [where] a copy of it, that Zebari “received on-site alternative to the ministry today James Monroe Ambassador of New Zealand in Iraq, and discussed with him the economic and trade relations and the desire of both sides to develop”.
He also met with Zebari “also Miguel Jr. Magallhays Brazilian ambassador to Iraq, and discussed bilateral Mahalalaqat in all fields and the desire to increase economic and trade cooperation between the two countries, especially as they are linked by ties of cooperation historical document in the commercial field, the parties stressed the desire to debt settlement and including help for investment Brazilian companies in Iraq.
“He met with the Minister of Finance,” Bruno Sakmona Canadian Ambassador and discussed with him ways to increase cooperation between Iraq and Canada in light of the development of trade relations between the two countries and the participation of many Canadian companies to invest in Iraq.
“and accept Zebari,” the political and security situation and the continuation of the war against the entity Daash terrorist and the price of Canada’s position in support of Iraq in this war and its role in the international coalition and its humanitarian assistance in the reconstruction of the liberated areas and the importance of the support of the international community to fund reconstruction “.anthy
http://www.alliraqnews.com/modules/news/article.php?storyid=28142

EM
Twilight News / announced that US Secretary of Defense, Ashton Carter, that the 101st Airborne Division of the US Army will travel to Iraq as part of efforts to support Iraqi forces in the fight against al-Daash we show you pictures of this band.

The American band mission work, training and advising the Iraqi army in its fight to organize Daash, where the band this experience on Iraqi territory after their participation in the 1991 Desert Storm operations.

The band known as the 101st Airborne as “flagrant Eagles” is the difference of the light used in operations behind enemy lines and have their equipment in about 300 helicopters, including Apache combat helicopters. 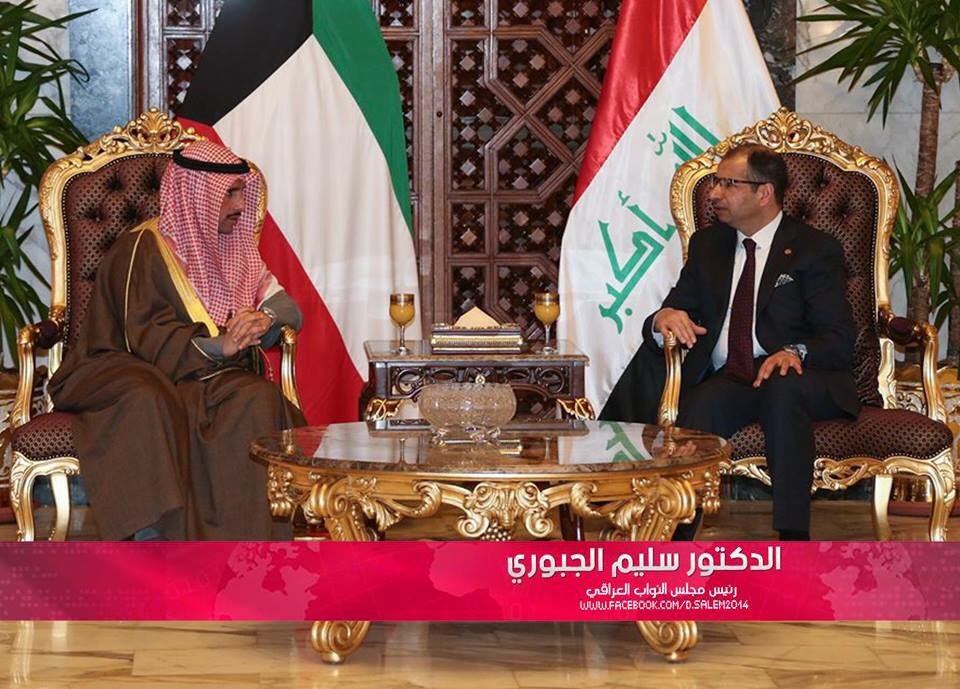 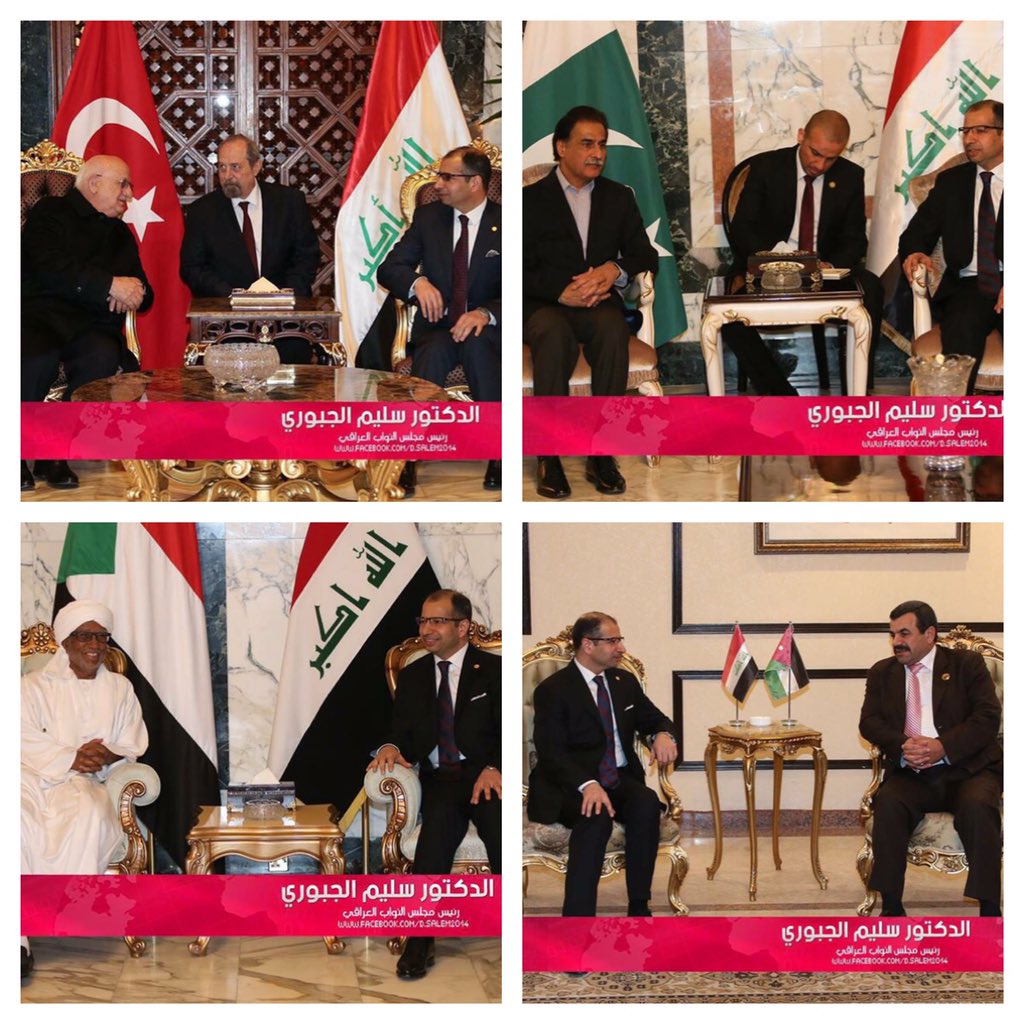 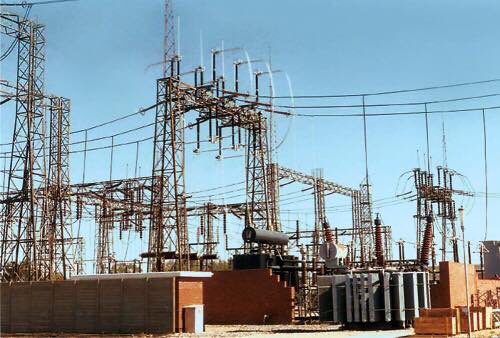 [Baghdad – where]
the Conference of the Parliamentary Union of the Organization member states currently being held in Baghdad of Islamic Cooperation decided to end his duties today, rather than tomorrow.
The head of the Conference Iraqi Parliament Speaker Salim al-Jubouri, during the meeting, he “decided to be terminated the day after the conference was the use of time, and will be making decisions and recommendations today, and terminate acts of Almatmr.anthy table