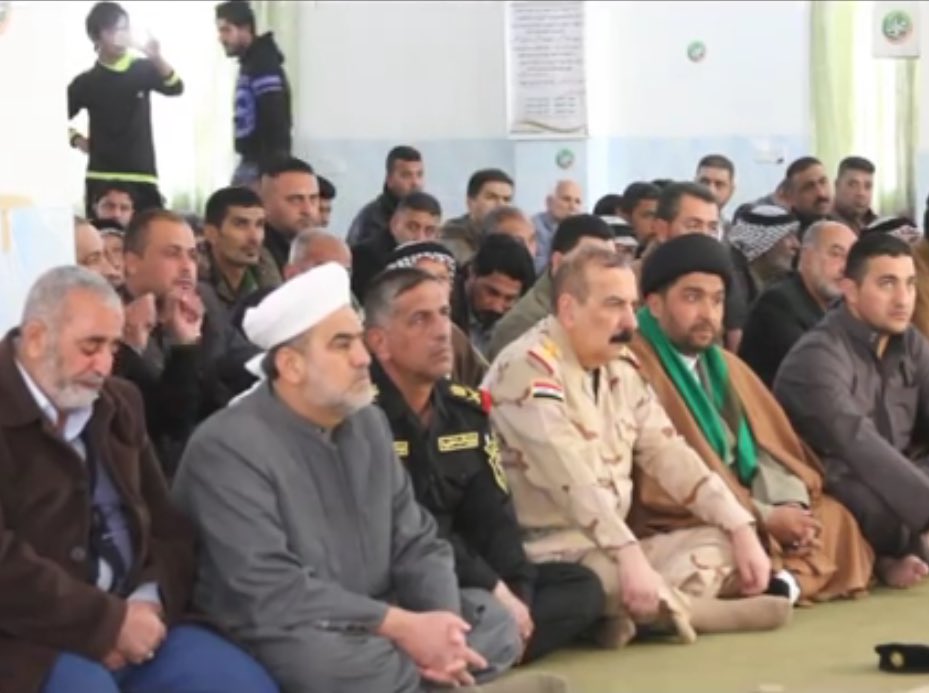 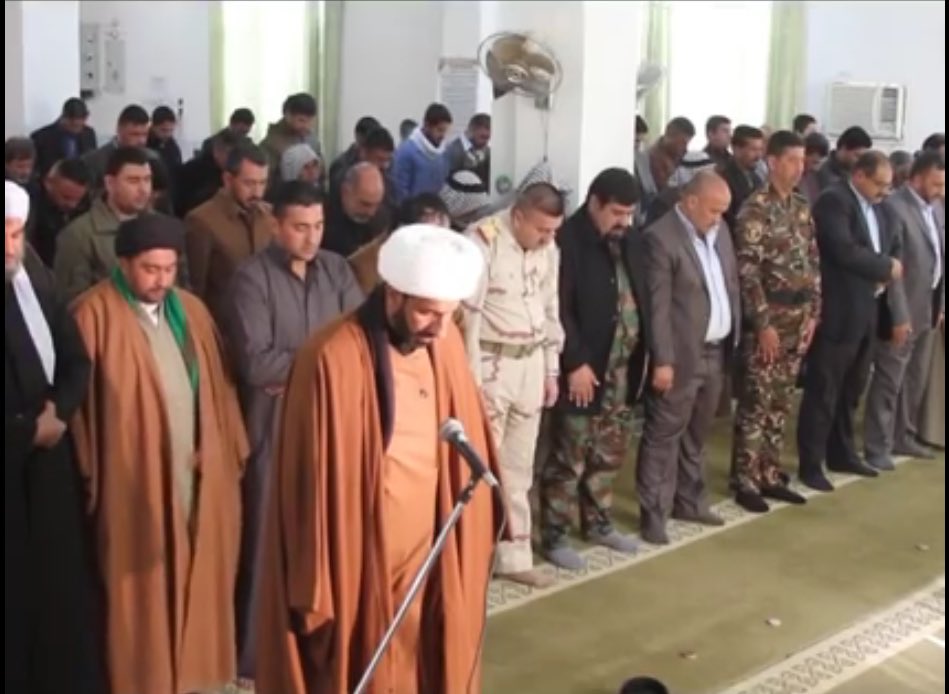 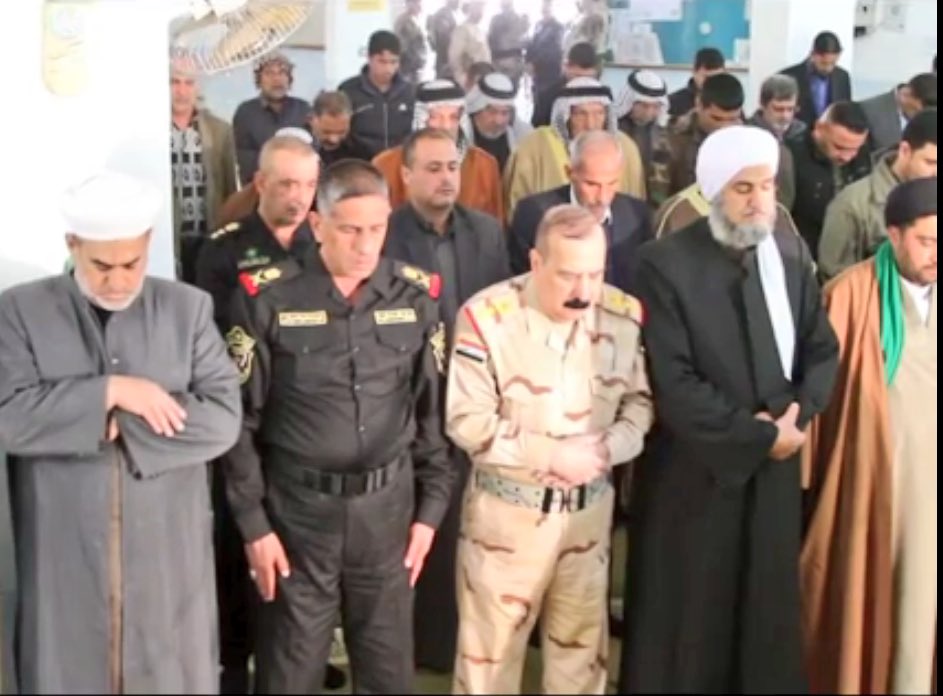 Haider Al-AbadiPrime Minister Dr. Haider Abadi up to the homeland after attending work of the World Economic Forum in Davos.

The Office said in a statement received by Al-Ibadi/balance of news copy, that “during the meeting discussed activating the role of the international organizations to find ways to overcome the financial and economic challenges facing the country and the promotion of investment and the steps taken by the Government in this regard, in addition to the situation in the region.” finished 29/d 24

The President’s Press Office revealed the Iraqi Parliament Saleem Al-jubouri, a Friday, that the latter would travel “soon” to the United States for an official visit during which he will meet senior u.s. officials to discuss developments on the Iraqi scene.

The Office said in a statement/balance news, copy, “Parliament Speaker Salim Al-jubouri heading soon to the United States in several days official visit”, noting that “it is hoped that during the visit, al-Jabouri met senior officials in the us administration and the UN.”

The statement said that al-Jabouri would discuss “the situation in Iraq, especially with regard to the war on terror, daash planning in addition to the challenges that threaten internal security and economic crisis and its repercussions on Iraq and the need for support in the face of terrorism and extremism.”

The statement noted “received an invitation from multiple research institutions to demonstrate ideas about political and economic conditions in Iraq and the region.” finished 29/9 p

Was launched in the provinces of Najaf and Diwaniyah, Missan massive demonstrations on Friday, calling for reform and to ensure that employees’ salaries and limiting arms possession state.

He said reporters / scales News /, that “hundreds of people came out in large demonstrations in the center of the provinces of Najaf and Missan, Diwaniya to demand real reforms and their implementation and not to manipulate the salaries of staff and bear arms, however the state.”

In the province of Baghdad has seen large demonstrations demanding to ensure the employees’ salaries, contracts and implementation Aslahat.anthy 29 / D 24 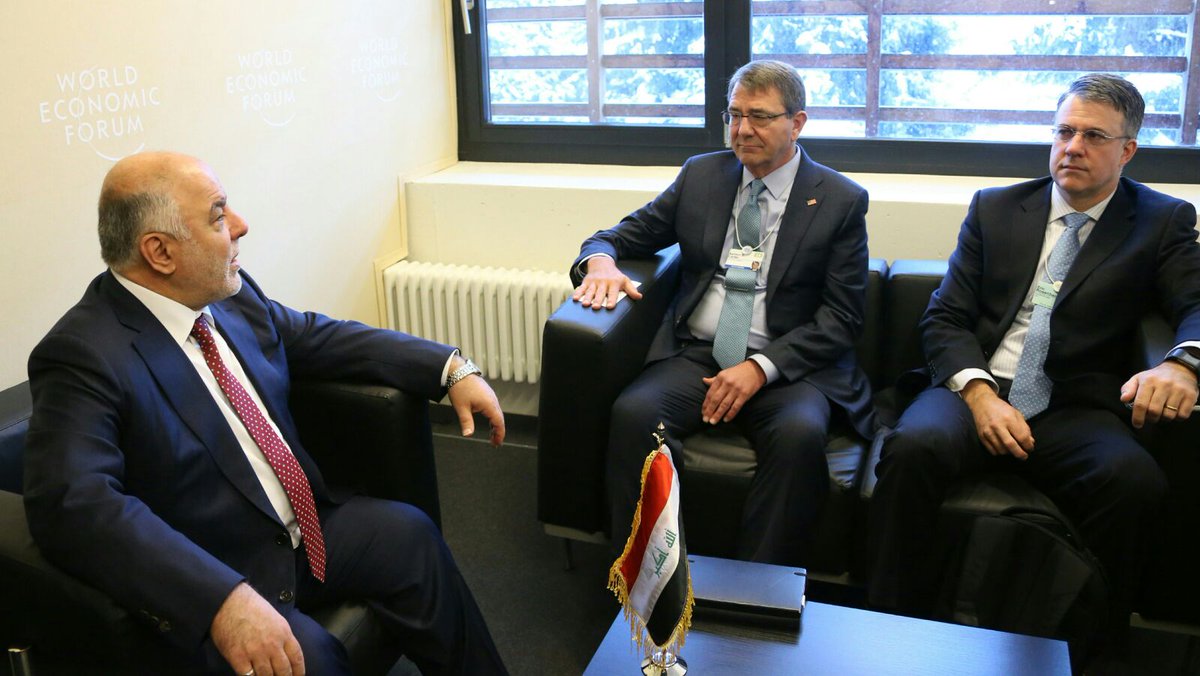 [Follow-where]
crude oil prices jumped nearly eight percent on Friday in a cold snap boosted demand for heating oil in the United States and Europe as investors took advantage of the arrival of prices to their lowest levels since 2003 to cover some short positions that bet on falling prices.
And it helped cover Alabie- centers for which the investor buys the assets had been sold by the price of the Top-12 percent rise in crude prices during the only two operations.
By 14:50 GMT, the price went up world record crude Brent $ 2.05 to $ 31.30 a barrel to err to achieve the largest daily gain since August 2015.
US crude rose $ 1.75 to $ 31.28 a barrel.
The International Energy Agency in its monthly report Tuesday that oil supply will exceed demand for at least another year while the oil market is in danger of “drowning in oversupply” .
and swept through the severe cold and snowstorms east coast of the United States and elsewhere in Europe the weather, which boosted demand for heating oil and helped support Alinvt.anthy
http://www.alliraqnews.com/modules/news/article.php?storyid=27955

Twilight News / Search President of the Kurdistan region, Massoud Barzani, with a senior US military commander put the battlefront between the Peshmerga and terrorists, the critical economic situation in Kurdistan.

A statement by the presidency of the province that in a meeting between Barzani and the commander of the Central Command of US forces, Gen. Lloyd Austin, were discussed taking into account the economic situation and consolidate efforts to address the crisis and find ways to resolve the problems and end and secure Peshmerga Kurdish forces kits, was emphasized on the need to present friends of the people of Kurdistan support and assistance for the citizens of the region to pass and to address crises and problems with Bkordstan.

The statement said that during the meeting, they discussed the field conditions in the fronts of confrontation with the terrorists in Nineveh and Alonyar and other areas of Iraq.
Also highlighted the visit of the President of the Presidium of the Kurdistan Region and head of foreign relations for the Kurdistan Regional Government to the United States commissioned by President Barzani, described the visit as fruitful .

In another aspect of the meeting was to talk about the ongoing process of liberalization of Mosul and the importance of the liberation of the city in the resolution of the war with Daash and the level of coordination and cooperation between the Peshmerga Kurdish forces and the international coalition and Iraqi forces in the face of terrorists and the impact of coordination and cooperation flour in the investigation confirmed victories preparations.

[Follow-where]
Prime Minister Haider al-Abadi said on Friday in a session on security in the Middle East, attended by his Lebanese counterpart Tammam Salam in Switzerland that “Iraq has succeeded in reducing the expansion of Daash ..itba
http://www.alliraqnews.com/modules/news/article.php?storyid=27933

Najaf – the balance of News

Counting Friday sermon preacher, Najaf, Sadr al-Din Qabbanji, on Friday, the parliaments of the Islamic Conference in Baghdad, a sign of political stability in Iraq.

Said Qabbanji in Friday prayers held in Husseiniya Fatimid in Najaf and attended / scales News /, said that “the Islamic Parliaments conference in Baghdad with the participation of 28 Islamic state under the slogan (together against terrorism and extremism) positive sign of political stability in Iraq and political profit despite the economic Mkhasr, “explaining that” the conferees came out a unified position against terrorism and extremism, which is important and positive recognition. ”

Qabbanji He added, “The conference was accompanied by several observations notably the lifting of the former Iraqi flag, which recorded a negative point.”

In another regarding the events of Diyala latter, Qabbanji said that “Diyala events and attacks should not lead to the intersections of sectarian and bring us back to Abbarnaha war”, warning of “the exploitation of these events and look and diminished on the popular crowd,” stressing “the importance of the State detects actors “explaining that” the popular crowd is the shield of Al Manea and Iraq. ”

He called on the Rev. last Qabbanji displaced residents of Ramadi, to return to their areas, called on the government to “secure their return and to help them and support them.”