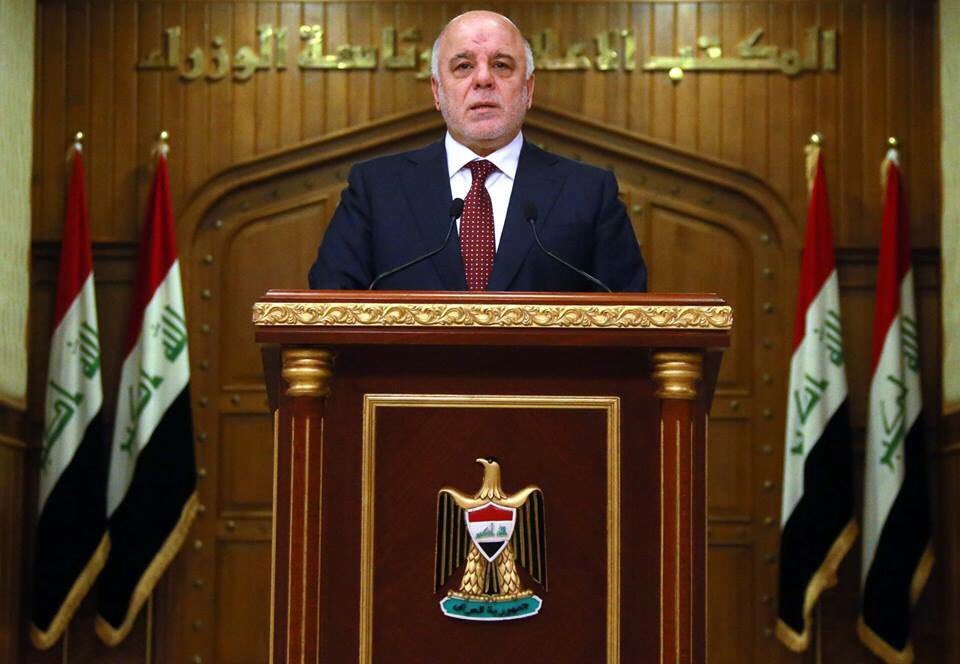 [Baghdad-where]
Deputy for the National Alliance called on the government to raise taxes and the value of the currency to cover the deficit in the fiscal budget.

Sadiq frankincense told all of Iraq [where] that “the economic situation may be confusing but bridging the fiscal deficit is a real dilemma, noting that” there are several measures of the government to overcome this crisis and is now in the process of study, including raising taxes and the value of the currency in order to plug in the budget.

“The government is moving to all solutions and percentages simple even not be the there are gaps or heavy burden on the citizen.

The Commission on oil and energy parliamentary member Jamal Panthers, said in a statement to [where] that” the country to the brink of bankruptcy as a result of the financial crisis and low prices oil.

“It is noteworthy that, oil prices witnessed over the past week, a collapse remarkable which recorded the lowest level over the past 12 years since I arrived last Friday to $ 25 a barrel for a basket of crudes OPEC and less than $ 30 for Brent.

The Office of the Prime Minister Haider al-Abadi, confirmed last Friday, the government continues to search for sources of funding out of the economic crisis, including internal and external borrowing and taxation and activating the customs tariff and selling bonds, international and internal subscription and implementation of projects on credit.

A spokesman for the Office Saad al-Hadithi’s [where], “The government has drawn up plans in budget 2016 approved by Parliament is in the search for sources of financing be helping and assisting the oil sources, “noting that” the adoption of the budget on oil sources this stage is no longer feasible.

“He said Sabri that” there are other options carried out by the Iraqi government through a bond offering, or IPO internal or even international bond sale and implementation of some projects on credit payment system according to the specific percentages do not conflict with Iraq’s economic future,

Daesh, also known as IS / Islamic State, has confirmed in the latest issue of its online magazine, Dabiq, that a drone strike killed British terrorist Jihadi John.

According to Dabiq, Mohammed Emwazi, better known as Jihadi John, was killed during an airstrike in the Syrian city of Raqqa last November. While Western intelligence agencies had long suspected Emwazi’s death, this is the first time that it has been confirmed by the terrorist organization.

Daesh identifies Emwazi as Abu Muharib al-Muhajir, and claims that “Abu Muharib would present himself as unintelligent, as was his method when dealing with intelligence agencies.”

A computer science graduate who lived in West London before traveling to Syria in 2013, he had been under close surveillance by Britain’s MI5.

BAGHDAD /
Torgomh..qalt Pentagon that “US warplanes destroyed a large Islamic state banks in Mosul in late last night, Monday, the ministry said that the US military targeted the financial center to organize Daash Includes a large cash reserves.”

The ministry said in a statement released by Fox News, Tuesday, and translates as “eye Iraq News”, that “after our aircraft, the largest site to organize Daash last week destroyed in Iraq, our troops yesterday second location and the most destroyed importance, since it contains approximately 45 million US dollars in the city of Mosul in northern Iraq. ”


Initial reports of strikes launched by the international coalition countries to organize Daash sites indicate that blows crushed little by little regulation, and according to a senior official at the US Department of Defense, “the organization Daash suffers from a severe lack of pay has his fighters’ salaries and service staff after the financial budget decreased significantly

As a result of the attacks, because in the last week air strike destroyed a building in another US city of Mosul, which was containing an estimated US $ 90 million. ”


The nearly 2,000 fighters from Daash occupy the city of Mosul, the Sunni majority and the home to more than a million and a half of the population of this city, according to estimates by the Iraqi army, the Iraqi prime minister Haider al-Abadi wants to restore Mosul soon and the elimination of al Daash at the end of 2016.

Officials in the Iraqi army and is hoping to be the start of the ground offensive in the next spring to restore the province in particular, and that in the last few weeks increased the air campaign by the United States-led forces in and around the city of Mosul, the largest stronghold of the organization Daash Alarhabiy

– The balance of news

Detection of economy and Investment Committee Member representative Nicole, on Tuesday, the special meeting of the Council of Ministers to discuss the economic crisis affecting the country Wednesday.

Al-kinani said l/balance of news, that “tomorrow will see a special meeting in the Council of Ministers for a quick and radical solutions to emerge from the economic crisis in the country”, adding that “the meeting will be in the presence of the representative committees of economy and finance, as well as the Parliamentary Committee on reconstruction services. 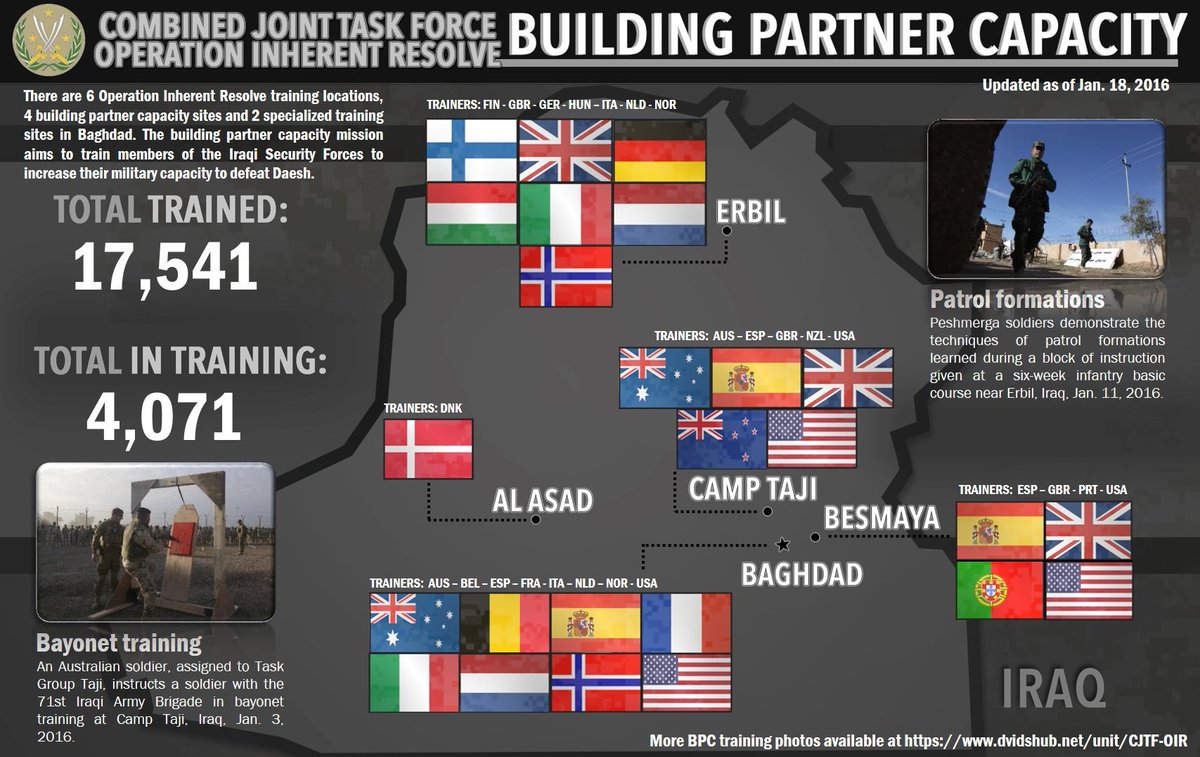 Twilight News / briefed the Iraqi Minister of Youth and Sports, “Abdul Hussein Abtan,” Jordan’s King Abdullah II, on Tuesday, on his country’s efforts to liberalize the existence of the organization’s efforts Daash areas.

According to a statement of the Jordanian Royal Diwan was transferred Abtan, during a meeting with the Jordanian monarch, in Husseiniya palace in the capital Amman, a message from the Iraqi prime minister, Haydar al-Abadi.

The statement pointed out that Abtan briefed Abdullah II on the actions carried out by the Iraqi government, to “secure a normal life for Iraqi citizens and their return to the cities that have been recovered from the control of the organization.”

Abtan stressed during the meeting, the importance of the fundamental role of Jordan in support of Iraq and its issues, describing the kingdom as “more Arab countries closer to Iraq and its people.”

For his part, the Jordanian King reiterated, on his country’s full readiness to continue to support Iraq in various fields, so as to enhance its security and stability.

With regard to the latest development situation in Syria, he said the Jordanian monarch, to Jordan’s efforts and its role in supporting the efforts exerted to reach a comprehensive political solution there, and coordination with the various parties concerned to address the threat of terrorism and extremist his groups, which form the head of the security threat to the stability of the Middle East and the world.

[Baghdad-where]
MP Abbas statement, he stressed that the parliaments of the Islamic Conference in Baghdad tomorrow, refers to the leading role of Iraq in the framework of international forums, and that its returns will be positive on the country.
He said al-Bayati told all of Iraq [where], “The aim of the conference is to strengthen the unity of the Islamic unity in the face of Daash gangs and terrorist deliberate distortion of Islam represented by Daash.”
He said al-Bayati, that “the conference deliver a message that, that Iraq has overcome the difficult circumstances and he, like any country in the region able to invite to meetings and to organize meetings sizeable attended by 45 Islamic state.
He said, that “the feasibility of holding the conference will be more than spending it, in spite of the difficult financial crisis experienced by the country, but we hope to arrive clear and explicit message that that Iraq and Iraqis living in a state of cohesion and unity in the face of Daash.
“and the statement, that” what is spent on the exchange and the Conference should be under the supervision of the Office of Financial Supervision until corruption is not sneaking him “.anthy
http://www.alliraqnews.com/

The chairman of the municipal council to spend Muqdadiyah in Diyala Adnan Hussein, on Tuesday, the existence of many of the organization Daash terrorist in the elimination bunkers, pointing out that the terrorists who had been arrested three confessed that they were behind the casino and mosques bombings and that they belong to Daash.

He said Hussein’s / scales News / “The security forces arrested three suspects belonging to the terrorist organization Daash in the judiciary and confessed that they were behind the casino and mosques bombings in Muqdadiya for sedition,” noting that “security forces are pursuing the rest of the members of the cell who confessed to them.”

The President of the Municipal Council to spend Muqdadiyah, that “the elimination of Muqdadiyah contains many of the bunkers to Daash terrorist,” pointing out that “the security forces conducting a search and search to find her.”

It is clear that “the prime minister Haider al-Abadi during his visit is to eliminate the casino to compensate those affected by the bombings and mosques urgently and directly,” adding that “the number of those affected was 36 killed and 40 wounded, and 25 shop”.

It is said that “Prime Minister and Commander in Chief of the Armed Forces Haider al-Abadi, arrived Tuesday morning, to spend Muqdadiyah in Diyala province,” .anthy 29/33 h 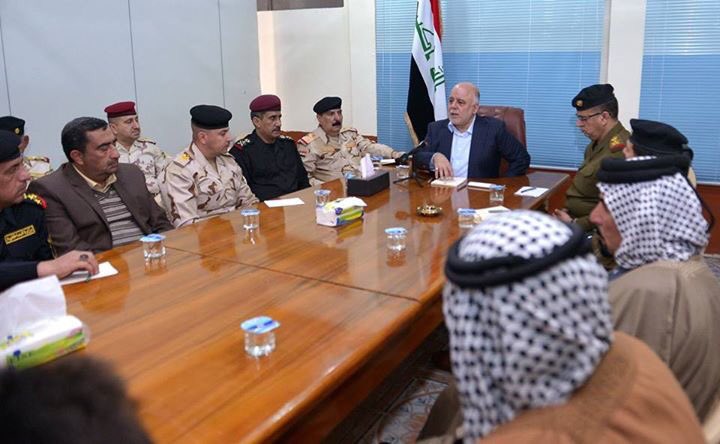