[Follow-where]
the State Department confirmed, Sunday, reports of the feet of a group of unidentified gunmen on the kidnapping of three Americans in the Iraqi capital, Baghdad.
An official at the Foreign Ministry said Washington was aware of reports on the three Americans missing in Baghdad, working with Iraqi authorities to determine their position and released.
Viqa said a spokesman for the US embassy in Baghdad, “We are working and we are coordinating fully with the Iraqi government for the return of those missing.”
Sources Security has said that “Gunmen kidnapped three Americans of Iraqi origin during their passage session area on their way to Baghdad airport.”
no sources about the nature of the three Americans work who have lost south of Baghdad, reveal, while no one has claimed responsibility for the abduction.
and located dozens of trained advisers Americans at Baghdad airport Ata.anthy
http://www.alliraqnews.com/modules/news/article.php?storyid=27432
Advertisement

introduced the Supreme Judicial Council, on Sunday, a special division to follow the recovery of fugitives abroad files, as he emphasized that the action comes in implementation of the decisions of the last meeting of the Council earlier this month.

The spokesman said the judiciary Judge Abdul Sattar Bayrakdar in a statement received / Baghdadi News / copy of it, “The Council has decided to develop a special division to pursue recovery and recover files called fugitives outside Iraq people.”

He added that “the headquarters of this division will be in the presidency of the General Prosecution Service,” noting that he “has been allocated prosecutor to oversee the judicial assistants and assign specialists to carry out its functions.”

He pointed out that “reports of this Division to raise the monthly presidencies of the Supreme Judicial Council and the Prosecutor’s Office.”

The Bayrakdar according to the statement that “the move was in implementation of the decisions of the Supreme Judicial Council in its last meeting and reported about activating the role of the public prosecutor on the recovery files that belong to the accused and convicted fugitives, especially in cases involving terrorism and financial corruption”

The Fars news agency quoted Shamkhani as saying: “The ongoing Iraqi success in the face of terrorism is the fruit of political and national cohesion and wisdom of the leadership as well as the steadfastness of the resistance of the people,” noting that, “The implementation of the nuclear deal and ending some restrictions on foreign relations of the Islamic Republic of Iran would pave the way for new steps at the level of regional and international cooperation.”

Shamkhani stressed, “The need to accelerate the activation of the joint committee for the implementation of the border treaty between Iran and Iraq,” adding that, “The activation of this committee and the settlement of the issues will be able to play an influential role in the economic prosperity in the border areas of the two countries and the development of commercial border relations between Baghdad and Tehran.”

{Baghdad: Euphrates News} head of the Islamic Supreme Council of Iraq Ammar al-Hakim Mr. MP from the Bloc citizen Rahim al-Darraji received.
A statement by the Office Darraji agency {Euphrates News} received a copy of it on that “His Eminence stressed during the meeting the importance of the relations between the political components and the need that this year will be crucial for all the differences and move on Iraq to the construction and reconstruction phase.”
He pointed out that “the two sides agreed on the importance of supporting Our armed forces and the popular crowd in their confrontation Daash terrorist gangs “.anthy
http://alforatnews.com/modules/news/article.php?storyid=106327

Thrilled to see #JasonRezaian land safely in #Geneva tonight after 18 months of unjust imprisonment in #Iran. 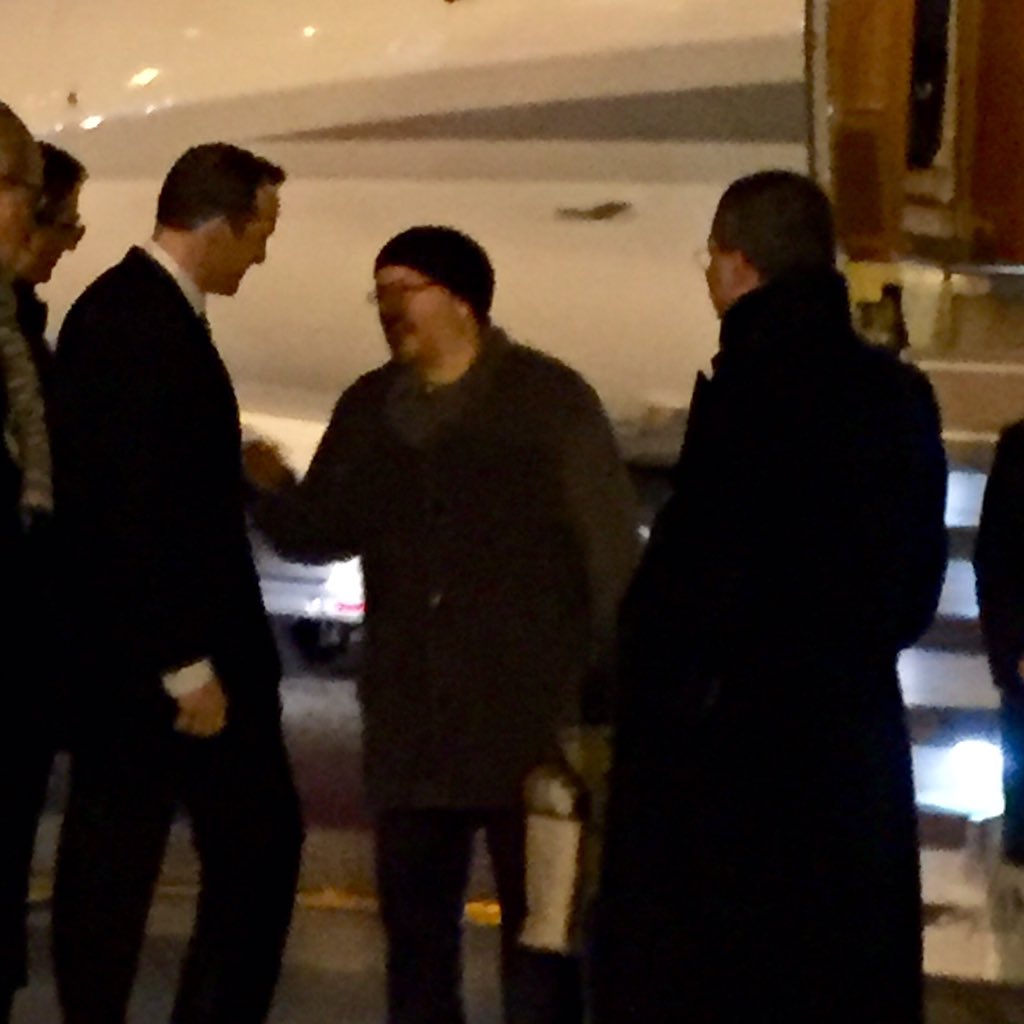 By John Ficenec | Telegraph – 10 hours ago

Prospect of the Islamic Republic pumping an additional 500,000 barrels a day sends stock markets in Dubai and Saudi Arabia into tailspin

Stock markets across the Middle East collapsed as the lifting of economic sanctions against Iran threatened to unleash a fresh wave of oil onto global markets that are already drowning in excess supply.

The Iranian stock index gained 1pc, making it one of the best performing markets in the world with gains of 6pc since the start of the year.

The dramatic moves came following the historic report from the UN nuclear watchdog, which showed that Iran has met its obligations under the nuclear deal, clearing the way for the lifting of sanctions.

Qatar’s index fell 6.7pc, while Abu Dhabi’s stocks tumbled 4.5pc to the lowest level since November 2013. Oman’s shares were down 3.2pc, the most since December 2014, and Bahraini equities edged 0.5pc down.

The stock markets in Dubai and Saudi Arabia have been plunged into a painful bear market, losing 42pc and 38pc respectively, ever since Saudi Arabia decided to ramp up oil production in November 2014.

Oil prices fell below $30 for the third time last week as traders prepared for the prospect of Iranian oil flooding global markets.

The Islamic Republic has vowed to return its oil production to pre-sanction levels, with estimates suggesting Tehran will add a further 500,000 barrels a day (b/pd) to the world’s bloated stockpiles within weeks.

Fears that the Islamic Republic could quickly ramp up production sent Brent crude falling by 3.3pc to $29.43 – matching lows last seen in 2004.

The relentless fall in prices is set to see oil finish the week at its lowest level in 12 years.

Mapped: How the world became awash with oil

Welcomed the Secretary-General of the United Nations, Ban Ki-moon, the implementation of Iran’s nuclear agreement.

And Ban Ki-moon said in a statement that “This is an important achievement reflects the good faith efforts by all parties to fulfill their commitments agreed upon.”

He stressed that the agreement between Iran and the six world powers, “illustrates that international concerns about nuclear proliferation are best dealt with through careful diplomacy and dialogue.”

He pointed out that he “hopes to contribute to the success of this agreement in the regional and international cooperation for the greater to resolve the peace, security and stability in the region and beyond” .anthy / 25

that three US citizens have gone missing in Iraq and is working with Iraqi authorities to find them, a US State Department official said on Sunday.

“We are aware of reports that American citizens are missing in Iraq,” the State Department official, who spoke on condition of anonymity, said when asked about pan-Arab news channel Al Arabiya’s report that three US citizens were said to have been kidnapped in Baghdad. “We are working with the full cooperation of the Iraqi authorities to locate and recover the individuals.”