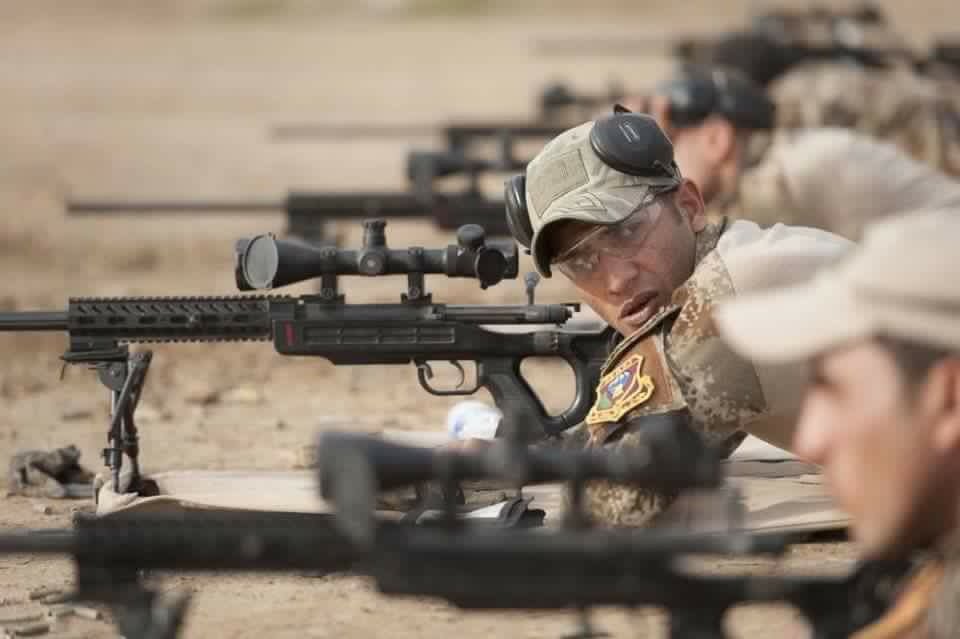 World Gold Council revealed on Saturday that Iraq’s reserves of gold of 89.8 tons, to go back on 2014, during which amounted to about 90 tons, and as he emphasized that it represents 4.6% of its reserves of foreign currency, pointed out that Iraq is ranked 37th among 100 the state, which has reserves of gold.

World Gold Council said in a statistics published for the month of January 2016, and seen by, the (long-Presse), said that “Iraq’s reserves of gold remained stable and did not change, reaching 89.8 tons,” noting that “this amount represents 4.6% of its reserves of foreign currency.” .

He said the Council, that “Iraq did not buy gold since the last buy him in April 2014 that bought the then 15.16 tons,” he said, adding, that “Iraq is ranked 37 among 100 countries, which has reserves of gold by global central bank report reserves” .

The Central Bank of Iraq announced on Thursday (April 3, 2014), and access to the gold reserves of 90 tons to support the value of the Iraqi dinar, noting that it contributes to the strengthening of the national economy.
The Central Bank of Iraq announced, during the month of March 2014, to buy 36 tons of pure gold to raise its capacity backup, he returned it aims to achieve “the highest safety of the financial” for Iraq in the world.

BAGHDAD – (dpa) – Iraqi Oil Minister Adel Abdul Mahdi said on Saturday evening that the financial situation in the Central Bank of Iraq is still reassuring despite the fall in oil prices in the global market because it possesses reserves of more than $ 50 billion.

Abdul-Mahdi said in an article on his social networking site Facebook: “facing the country would balance the liquidity crisis like many states, but the country will allow a reasonable possibilities to ease the crisis.”

He added: “What is the situation of the central bank still reassuring. Despite the decline in the reserve but has reserves of more than $ 50 billion, although the bank reserves is not the property of the government, but he represents a guarantee to move the economy through monetary instruments, exchange rates and interest rates and the banks and the secondary markets to help the government. “

The Iraqi minister said that “the state institutions deposited financial accounts in banks tens of trillions of dinars and the money belonging mainly to the ministries and companies, but some of this money can contribute to the establishment of funds and portfolios help generate more currency that helps to improve the liquidity of the state vital pumping in activities Economic. And among the citizens papers cash ranging from 40-30 trillion dinars, of course, and these funds are the property of the citizens and did not enter the economic cycle or the banks they are considered hoarding and the freezing of funds process. “

“The levels of inflation does not exceed 2% and the debt is high and Iraq has oil wealth and large reserves of natural resources and investment opportunities and large these are all the temptations attractive to lend to Iraq and give him the necessary facilities and various forms of debt is not a defect or shortage it is an economic necessity if the face in the investment trends owned and repayment capacity and already, Iraq has always met its obligations when he was in the toughest conditions. “

An earthquake measuring 6.7 degrees of the city of Baghdad, according to the announced ‘body Meteorological’ health while sources confirmed the lack of casualties.

The quake occurred at twelve o’clock after midnight on Friday, causing material damage to some buildings located in the Green Zone, which is uninhabited buildings.

Casualties or injuries on the spot did not score, but the official TV station did not broadcast images of some of the material losses.

Khandan – The US Secretary of State John Kerry said in a statement that the United States lifted, sanctions were imposed on Iran over its nuclear program after entering the agreement signed last July between the major powers and Iran into force.

The statement said Kerry, who is currently in Vienna said that “the obligations of the United States associated with the penalties as set out in the July agreement entered into force from now.”

The International Atomic Energy Agency announced just minutes before it gave the green light for the entry into force of the agreement, noting that Tehran was committed to its promise to limit its nuclear program.

Twilight News / announced Iraq’s ambassador in Washington, Luqman Philly, that his country will take over from the United States two F16 fighter aircraft later this month.

Philly said in remarks to US television pursued Twilight News, that America will be handed over in the 25th of this month, where the two planes that were due to the country’s military airport.

He added that a new batch of Iraqi pilots will also graduate at the end of the month.

And trained more than 40 Iraqi pilots since 2012 on a plane F-16, in the state of Arizona with American International School Air Force F-16, Air National Guard in Arizona.

Iraq signed with the United States to buy 36 aircraft of this type were only seven of them handed over to the base Tucson in Arizona from Lockheed Martin in Fort Worth, Texas.