{Karbala: Euphrates News} decided the local government in the holy city of Karbala on Tuesday, disable always locally from tomorrow to Wednesday and until the end of the visit.
The head of the provincial council Nassif Jassem rhetorical in a statement the agency {Euphrates News} received a copy of it today that “the local government in the province of Karbala decided to disable always locally on the occasion of the anniversary of the death of Imam Hussein, peace be upon him from the day Wednesday and until the end of the visit.
He rhetoric that” This decision was made ​​to enable the people of Karbala valued from carrying out their duties to serve the millions of visitors who Satuadon to Imam Hussein and his brother Abu al Fadl al Abbas peace be upon them, except for service departments, noting that tomorrow will be the official time for banks and the piece to complete the distribution of salaries “.anthy” .anthy
Alforatnews
Advertisement

[Baghdad-where]
A source in the Iraqi Civil Aviation Authority, on Monday, that the flights will resume on Tuesday afternoon, after the launch of intercontinental missiles and the process of targeting terrorist organizations in neighboring Syria ends.
It was not immediately if it will affect the fall of the Russian Su-plane incident -24 today fire Turkey in northern Syria on air traffic in northern Iraq known.
The source revealed in a press statement, an agreement was concluded between the ministries of defense and interior with the Russian ambassador in Iraq, Elijah Murgunov, to stop flights from Baghdad International Airport to airports in Erbil and Sulaymaniyah province of Kurdistan, in order to preserve the safety of the aircraft during the launch of Russian winged from the Caspian Sea north of Iran’s missiles.
The source explained, “The trips are not completely stalled, but was released a warning for civil aircraft to stop its flights to Erbil and Sulaymaniyah for 48 hours starting on Sunday.
He said civil aviation, are not responsible those who risked and shave in the skies of northern Iraq, especially since the country receives the next aircraft to Baghdad airport.
The Federal Aviation in Baghdad authority first decided on Sunday to suspend all flights to and from airports province Kurdistan for fear of Russian bombing terrorist Daash sites in Syria.
According to a statement to the authority of Aviation received [where] a copy of it, that “In order to passenger protection and due to cross the cruise missiles and bombers from the northern part of Iraq into Syria from the Caspian, Iran and Iraq Sea to Syria, north of Site navigation [OTALO] has the Iraqi Civil Aviation Authority has decided to suspend all flights departing and coming in and out of airports in Arbil, Sulaymaniyah and over 48 hours from tomorrow at eight in the morning.
“He noted that” the absence of any missiles or bombers in other Iraqi space parts and that the flight operations of aircraft transiting from a normal high FL.310 and above all the air operations of all airlines operating routinely to Baghdad International Airports and international Najaf and Basra, “.anthy
http://www.alliraqnews.com/modules/news/article.php?storytopic=39&storyid=22198

Search Prime Minister Haider al-Abadi, with the Vice President, the importance of international support for Iraq in its war on Daash and negotiations with the International Monetary Fund and the World Bank.

A statement by his press office, “Noor News” received a copy of it, on Tuesday, that “al-Abadi received yesterday a phone call from US Vice President Joe Biden, during which they discussed political, security and economic situation in Iraq and the region and the strengthening of bilateral relations between the two countries in addition to the Daash guerrilla war on terror and the victories achieved on the enemy. “

Odhar and that “he was also discussing reforms and the importance of international support for Iraq in its war on Iraq Daash and negotiations with the International Monetary Fund and the World Bank to support Iraq.”

For his part, Biden assured “full US support for Iraq in its war against terrorism and the international community’s understanding of the war waged by Iraq and the seriousness of Daash gangs, as well as to support the reforms carried out by al-Abadi and projects of Iraq in the economic and financial fields and water resources in other sectors and the willingness of the United States to provide more of support at the request of the Iraqi government, “according to the statement.

Special – scales News
Detection of the economic and investment commission parliamentary member Harith al-Harthy, Tuesday, that the existence of fraud within the government and private banks because of their dependence on the old system in management, while pointing out that the old ways continue to deal affect the economy of Iraq.

He said Al-Harthy’s / scales News / “The delay and underdevelopment banking management using the old methods led to the delay in banking process and the occurrence of fraud in Iraqi banks”, calling for “doomed modern possibilities and make order in the government electronically in all its institutions banking system.”

“The banks that are going to make the electronic documents in line with the era of progress,” and urged “to move away from the old system in the government and private banks manage.”

He pointed out that “the difficulties faced by the banks handling the old methods affect the economy of Iraq through the reluctance of foreign investors to put their money where because of reliance on the old system and red tape.” It ended 29 quarters e 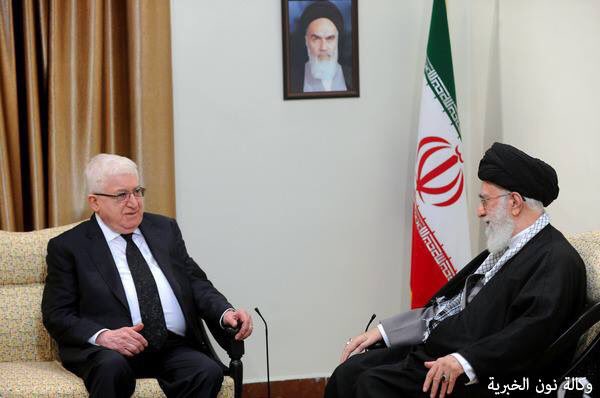 Khandan – Iraq’s cabinet agreed to amend the draft federal budget for fiscal year 2016 Law sent to the House of Representatives.

He said the Information Office of the Prime Minister Haider al-Abadi, said in a statement, that the Council of Ministers approved during its fifth and forty usual Tuesday to amend the bill the federal budget for fiscal year 2016 sent to the House of Representatives in accordance with the decision of the Council of Ministers No. (389) for the year 2015 a book series with number 2959 and dated 01/11/2015 and send the above amendment to the House of Representatives based on the provisions of Articles (61 / I and item 80 / item II) of the Constitution.

Vice President Nuri al-Maliki, said the approach of extremism and terrorism, the danger is threatening the security of the world, and while stressing that everyone unite to confront it, the price of the position of the United Nations and the international community support for Iraq in its war against terrorism.

A statement issued by Maliki’s office, that the latter received the Special Representative of the Secretary General of the United Nations in Iraq, Jan Kubis.

Maliki said during the meeting that security and stability are interconnected between the countries of the world and can occur in a full stable state with a neighboring country or living close to the case of disorder and instability.

For his part, Kubi parking the international community to hand Iraq in its war against terrorism, expressing the readiness of the United Nations to support Iraq in its efforts towards national reconciliation and comprehensive

Vice President’s office said the article Nuri al-Maliki on the last day on Wednesday went to Iran for a visit of several days.

And thus the visit was the fourth carried out by al-Maliki to Tehran this month were political sources revealed the warning of former Prime Minister Iranian Leader Ali Khamenei and the leaders of the Revolutionary Guards of the seriousness of the continuing government Abadi offering concessions to the other components in Iraq on the component account who defend him in that the country, noting that al-Maliki pledged to bugs in case returned to power in Iraq Btadhaq US influence in the country and the liberalization of the cities controlled by the Daash as quickly as possible.