Readout of today’s briefing @StateDept with @VP Biden and senior diplomats from 65 members of our global coalition – http://m.state.gov/md249908.htm

Following the recent barbaric attacks claimed by ISIL in Paris, Beirut, Baghdad, and other locations in recent weeks, Vice President Biden today joined senior diplomatic representatives from the 65 members of the Global Coalition to Counter ISIL who gathered for a plenary session at the State Department to review progress made and discuss where we can redouble and expand our efforts as a coalition.

Coalition partners were clear that they stand in solidarity against the recent heinous attacks and in their commitment to work together in defeating ISIL. Vice President Biden also reconfirmed the unwavering commitment of the United States to work with coalition partners to degrade and destroy this unprecedented terrorist threat.

Special Presidential Envoy for the Global Coalition to Counter ISIL Brett McGurk opened the briefing by outlining the current state of the campaign to push back on ISIL in Iraq and Syria through our strategy of pressuring ISIL across multiple lines of effort. He emphasized that while we will continue to increase pressure on ISIL at its core, we need to do more as a coalition to coordinate our efforts and pressure ISIL across its global network.

Following SPE McGurk, the foreign minister of Bahrain and senior diplomats from France, Iraq, Italy, Lebanon, and Turkey discussed their strong commitment to the coalition and briefed the plenary on coalition efforts, including ongoing support for stabilization operations in Iraq, enhancing humanitarian aid, and increasing information sharing to counter foreign fighter flows and cut off ISIL revenues. This was the fifth Washington plenary session of coalition ambassadors and senior diplomats.

The discussion made clear that every member of the coalition is resolved to face this threat head on and stand as one against it. The coalition is united in our determination to end the scourge that ISIL has brought to the region and the larger global community. We will continue to find strength in our diversity and reject ISIL’s goal of using terror to divide us.

US Mission to NATO ‏@USNATO 6h6 hours ago

Marine nationale, Defense.gouv, U.S. Dept of Defense and 2 others 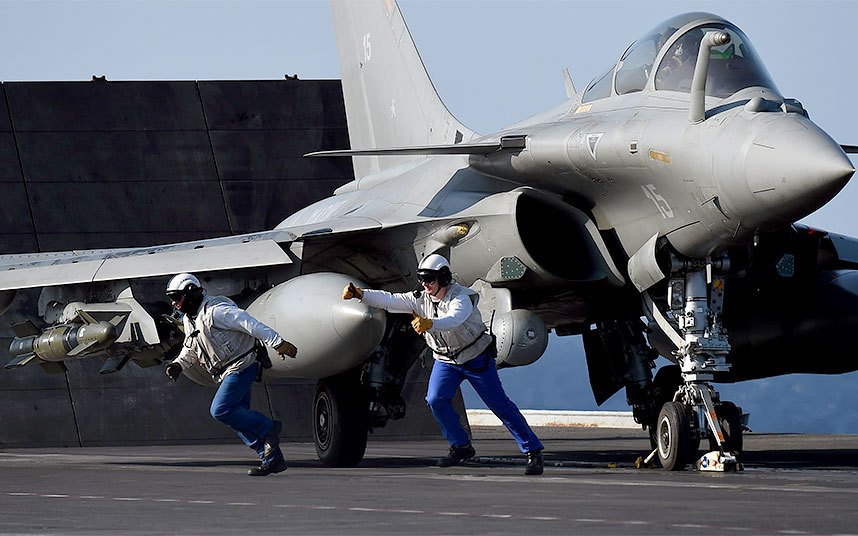 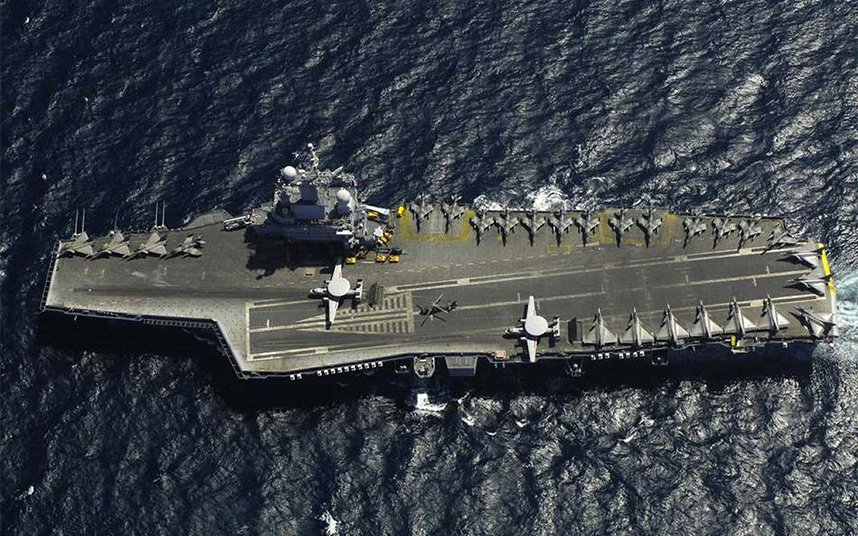 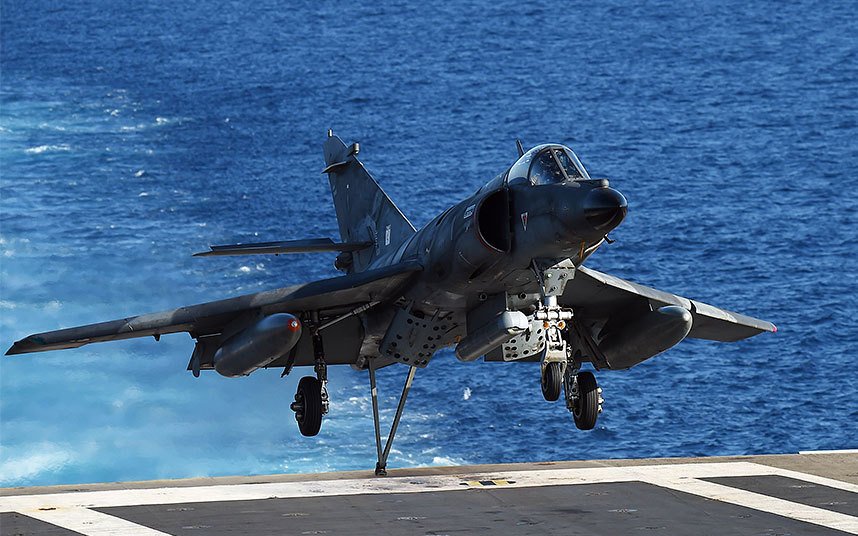 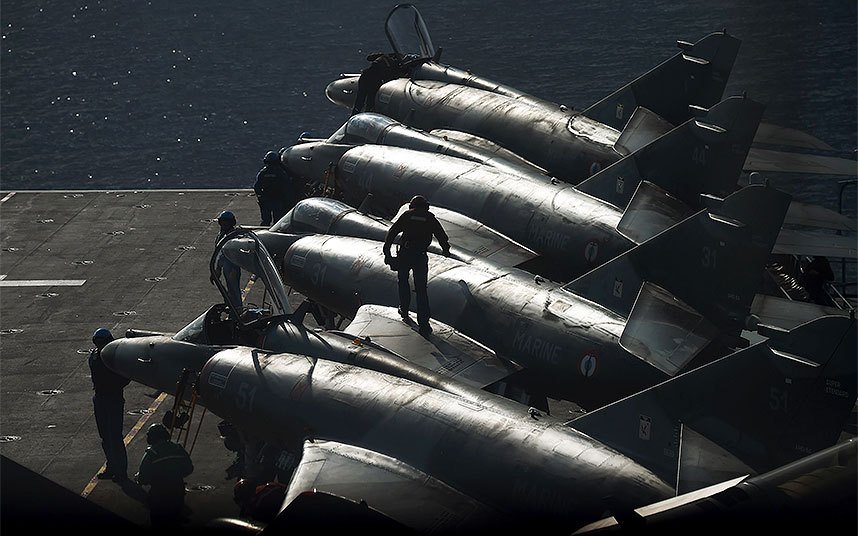 Search Finance Minister Hoshyar Zebari with the Rafidain and Rasheed increase the efficiency and performance of the two banks and provide services to citizens.

A statement by the Ministry of Finance Agency has received all of Iraq [where] a copy of “Finance Minister Hoshyar Zebari presided at the headquarters of the Office of the ministry held a meeting with bank managers Rafidain and Rasheed and a number of ministry officials and experts banks to discuss the banking reality in the country.
He added that “During the meeting, they discussed the means taken by both banks to raise Bkhaddmathma according to the International Standards, particularly with respect to the adoption of the overall banking system and the use of financial companies and scientific sober and in line with the steps taken by the Government to enter into global financial markets, especially after the Iraq get a credit rating that.
The statement noted that he “was the adoption of a number of measures to increase the efficiency and performance of the two banks and provide better services to citizens.

Updated On November 23, 2015 | Source: Agency all of Iraq news |
https://translate.googleusercontent.com/translate_c?depth=9&hl=en&prev=search&rurl=translate.google.com&sl=ar&u=http://www.faceiraq.com/inews.php%3Fid%3D4382685&usg=ALkJrhjz2E_aT3YYpdn0RX7znRl_rm0z2g

The US-led military coalition against ISIS has been rapidly increasing its pace of operations against militant targets in both Syria and Iraq.

Monday On, US Planes Destroyed An Estimated 280 ISIS Oil Trucks Near The Border Between Syria And Iraq, NBC Reported, Citing Unnamed US Officials. The strike was carried out by A-10 Warthogs and AC-130 Specter Gunships.

A Statement In, The US-Led Coalition Said That Near The Cities Of Al-Hasakah And Deir ez-Zor, One Attack Vehicles Destroyed 283 ISIS.

Limit Civilian Casualties To, The US Leaflets Dropped Over The Tankers Before The Attack That Said “Run Immediately Or You Will Be Killed,” The Officials ToldNBC.

The destruction of the ISIS oil trucks follows a major weekend of strikes against the militants.According to the statement from the Combined Joint Task Force responsible for carrying out operations against ISIS, which is also known as the Islamic State or ISIL, coalition forces carried out a series of heavy strikes over the past two days.

And on Saturday, coalition forces carried out two strikes against ISIS oil facilities in Syria.

US Carried Out The Its First Strike Against ISIS ‘Oil Trucks On November 16. The Strike Destroyed 116 ISIS Oil Trucks And Marked A Shift In US Strategy From Attacking Only Military Targets To New Attempts To Disrupt ISIS’ Cash Flow.

ISIS Controls The Vast Majority Of Oil Fields And Refineries In Syria, And A Number In Iraq.According To The New York Times, ISIS Is Estimated To Be Able To Earn $ 40 Million A Month Through The Production And Sale Of Oil On The Black Market.

{Baghdad: Euphrates News} visited US Vice Foreign Minister Anthony Blinken Iraq and announced a new economic aid to Iraq worth $ 38.7 million
A statement by the US embassy in Baghdad and the agency {Euphrates News} received a copy of it on that, “Deputy Foreign Minister Anthony Blinken paid a visit to Iraq two-day visit to discuss a range of political, security and economic issues with government officials. While in Baghdad, met with Deputy Foreign Minister Blenkn with Prime Minister Haider al-Abadi and Parliament Speaker Salim al-Jubouri and other senior officials.
“He added that” Blinken said during Alqaouat on the continued support of the international coalition against Daash the US-led Iraq and praised the successes recently achieved by the Iraqi security forces, including the Peshmerga forces and the popular crowd in continuing operations to defeat and defeat Daash. As deputy minister Blinken announced to provide the amount of $ 38.7 million in additional economic aid to Iraq, which will support the government’s reform initiatives as well as efforts to stabilize post-conflict situations.
“The statement continued that” the Deputy Foreign Minister Blinken visited Erbil also , several meetings with the President of Iraqi Kurdistan, Massoud Barzani and Prime Minister Nechirvan Barzani, adult leaders and others in the Kurdistan region of Iraq and the holding. During his visit to Arbil, Deputy Foreign Minister he met with displaced people from different parts of Iraq, both those living in displaced or outside the camps. ”
He concluded by saying that “this visit is to confirm the ongoing commitment by the United States to work with its international partners and the Government of Iraq and the Kurdistan Regional Government to facilitate the provision of humanitarian assistance to internally displaced persons and refugees in general, “.anthy
http://alforatnews.com/modules/news/article.php?storyid=101322

[Baghdad-where]
US Vice President Jobaidn confirmed in a telephone conversation with Prime Minister Haider al-Abadi Washington’s willingness to provide more support for Iraq in its war against terror Daash gangs.
A statement by the Prime Minister’s office received by all of Iraq [where] a copy of it, that “During the call, they discussed political, security and economic situation in Iraq and the region and the strengthening of bilateral relations between the two countries in addition to the war against terror Daash gangs and victories achieved them.”
The two sides also discussed according to the statement “reforms and the importance of international support for Iraq in its war on Daash and negotiations Iraq with the International Monetary Fund and the World Bank to support Iraq.”
said Biden, according to the statement, “to support the United States full of Iraq in its war against terrorism and the international community’s understanding of the war waged by Iraq and the seriousness of Daash gangs, in addition to support the reforms carried out by al-Abadi and Iraq projects in the economic and financial fields and water resources and in other sectors, and Washington’s willingness to provide more support for Iraq at the request of the Iraqi government “.anthy
http://www.alliraqnews.com/modules/news/article.php?storytopic=41&storyid=22106

During the call, they discussed political, security and economic situation in Iraq and the region and the strengthening of bilateral relations between the two countries in addition to the war on terror gangs Daash and victories achieved on the enemy.

It was also discussion of the reforms and the importance of international support for Iraq in its war on Iraq Daash and negotiations with the International Monetary Fund and the World Bank to support Iraq.

end
[dir=ltr]Twilight News / Iraqi Central Bank announced on Monday its intention to privatize the two banks government promise the largest in the country.
The governor of the Central Bank, on the Keywords, in a statement, “The bank’s management is moving to privatize the Rafidain and Rasheed Bank or participation with the private sector,” noting that “the trend is being coordinated with the World Bank after the Cabinet approved this proposal.”
He explained that “these two banks are suffering from serious problems because they Asthoman to 80% of fiscal policy in Iraq,” she returned it, “an anomaly.”
On the other hand, the central bank rejected a proposed distribution of employees’ salaries in dollars in Iraq, noting that “the Iraqi currency is a sovereign and can not be a substitute for the dollar the national currency.”
Keywords and added, that “the distribution of salaries in dollars does not bring anything positive,” pointing out that “tend to disrupt the process of distribution.”
Iraq relies 95% on oil in the annual general budget, while still money laundering operations are ongoing in the country, primary caused due to the absence of regulatory laws on banks and community banks.

BAGHDAD – (dpa) – the price of Iraqi parliament speaker Salim al Monday role of the United States and the international community in achieving Iraqi victories on the organization of the Islamic State (Daash) in different parts of Iraq.

Jubouri said, during his meeting with Deputy US Secretary of State Anthony Blinken, said that the large international effort, especially by the United States in Iraq has had a significant impact on the achievement of recent victories.

He added: “We must be accompanied by this international effort in support of Iraq’s efforts in completing the political and humanitarian files and achievement of national reconciliation in order to maintain the stability of the victories and the liberated areas.”

He stressed that the involvement of the population and effectively and in a large edit their areas and would be easily obtainable is the real challenge and it is important in the elimination of Daash.

For his part, Blinken continued international support for Iraq, noting that the international aviation carried more than eight thousand air strike against Daash and killed many of its leaders and its members and destroyed many of the control centers.

He added: “We have great efforts in national reconciliation file and support for displaced people and political reforms.”