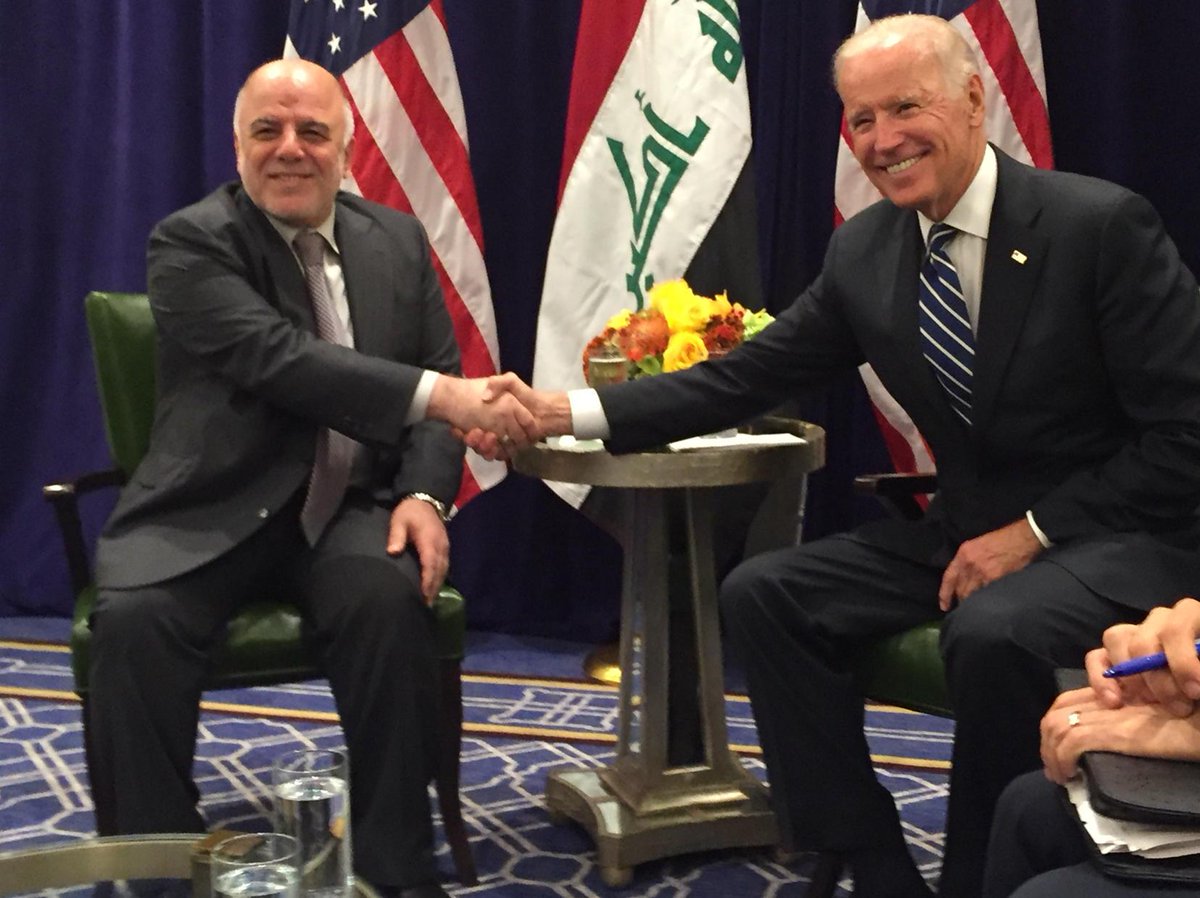 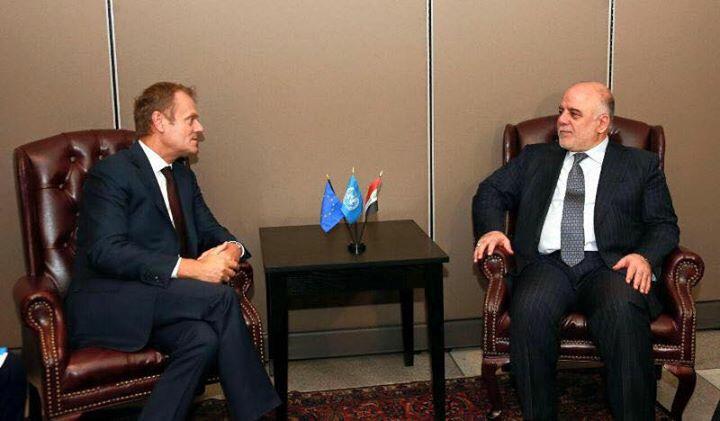 A senior leader of the Kurdistan Alliance and the Peshmerga forces revealed Mahma Khalil, Tuesday, for the withdrawal of the elements of the terrorist organization Daash prominent of the city of Mosul towards Syria.

Khalil said L / scales News / “The great progress of the Peshmerga forces towards the city of Mosul in conjunction increased air strikes by the international coalition in order to edit the hand grip organization Daash terrorist forced the prominent leaders of the terrorist organization to escape from the city of Mosul towards Syria,” noting that “regulation suffers a state of refraction great after repeated defeats suffered in recent times. ”

He said a senior leader of the Kurdistan Alliance and the Peshmerga forces that “Peshmerga forces now besieging the city of Mosul of the first three points of the north side and the second from the western and final of the East”, revealing at the same time that “leaders in the Peshmerga awaiting the arrival of the security forces and factions of the popular crowd and the sons of the tribes pending from the south for the start of editorial operations for the city. ”

Khalil said L / scales News / “The senior leaders in the Peshmerga forces has a high coordination with the international coalition, especially the US forces,” noting that “the region work on the formation of a joint operations room with the American forces in order to develop appropriate plans for the battles waged by the Peshmerga forces against terrorist Daash “.

He said a senior leader of the Kurdistan Alliance and the Peshmerga forces, said that “US forces are now working on the training of the Peshmerga forces in the use of sophisticated weapons and wars of the streets in preparation for the battle to liberate the city of Mosul from the grip of the organization Daash terrorist”, revealing at the same time, “the arrival of light weapons and heavy advanced to the region for the liberation of Mosul battles “.anthy 29/9 P

The Secretary-General of the United Nations Ban Ki-moon, on the representation of Boko Haram and Daash threat to global security Tqweidahma to stability and security in the world.

It came through the presence of Ki-moon, an international meeting to discuss ways to combat terrorism, which was held in New York on Tuesday, where he stressed that “the latest data suggest that 17 percent of terrorists are foreign nationals so it is necessary to work on the maintenance of the rule of law and good governance, justice and respect Human Rights for the building rights and the fight against all forms of violence and extremism. “

He went on saying, “I intend to make a comprehensive action plan to counter extremism in early next year to counter militancy and violent, in light of international consensus growing, and prevent it from penetrating in the communities”, as demanded by the member participants in the meeting to “share experiences on how to work together to fight and control this dangerous militancy “.

Also called on the world to “initiate the development of communities and educate them against militancy and extremism waves through the realization of human dignity, and through the decisions of the United Nations Charter and the Universal Declaration of Human Rights.”

It is said that he was held in New York on Tuesday, a number of world leaders meeting to discuss ways to combat terrorism and extremism, which was attended by US President Barack Obama and UN Secretary General Ban Ki-moon and Iraqi Prime Minister Haider al-Abadi.

Abadi stressed during the international conference to combat terrorism, extremism that threatens not only Iraq, but also “threaten the region and the world.”

The Chairman of the Iraqi government to pass the country’s severe economic crisis, pointing to the continuation of the fight against corruption within government institutions, as well as reduce the ceremonial positions in the state and pressure government spending.

More Abadi in a speech during the conference:

Prime Minister Dr. Haider Abadi meet, in New York, Mr. Boslav Spotika Czech Prime Minister and his accompanying delegation. During the meeting, they discussed bilateral relations between the two countries and the training and arming of the Iraqi security forces and helping Iraq in the food industry within Iraq sought the multiplicity of its financial resources. He congratulated Mr. Spotika Dr. Haider Abadi reforms that will lead Iraq to be stronger, expressing his country’s desire to send a business delegation to visit Iraq to enhance the relations in this area.

PM Al-Abadi discussed with US President Mr. Barack Obama increasing support for Iraq in the fight against Daesh #UNGA 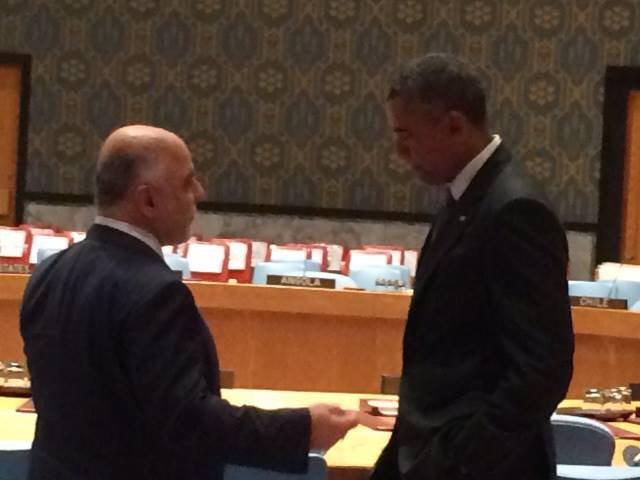