It is said that Erbil Traffic Directorate had confirmed earlier this month, after the banning of cars prov from entering Baghdad for one week during a visit to forward the last horse, to “prevent the region vehicles from entering the capital Baghdad,” a political issue “and not related to the administrative and security topics , as pointed out that “the granting of traffic signs and driving licenses in the Kurdistan region are part of a tight security system.”

Hussein stressed that “prevent the entry of vehicles bearing registration plates governorates of the Kurdistan region to Baghdad is a political issue and not related to the administrative and security topics” .anthy A.h

The command said in a statement, said that “the Iraqi F16 aircraft bombed sites today to organize Daash in different parts of the city of Mosul, killing dozens of members of the organization.”

She added that the command “the shelling also resulted in the destruction of factories for improvised explosive devices and booby-trapping coefficient for the wheels of the elements of Daash,” asserting that “the bombing was based on accurate intelligence and cooperation of the people of the areas controlled by Daash”.

She pointed out that the leadership “of the Iraqi aircraft f16 will continue nests Daash PDC cutters in various operations and teach them lessons will not forget,”, warning residents of “presence near a community organization Daash for their own safety.”

Middle East London-based newspaper said, quoting a senior Iraqi official that the US Embassy informed the Prime Minister Haider al-Abadi two attempts on his life, one of them was in the advanced stages of implementation.

The official said according to the newspaper that the US Embassy in Baghdad foiled two attempts to assassinate Prime Minister Haider al-Abadi, was one of them in the planning stages, while the second and reached an advanced stage in the implementation.

The official said al-Abadi has already been subjected during the last period of a number of assassination attempts, however, that was detected by US help was for one in the process of planning by the elements at home and close to the views associated with Balebadi, while the second was at the entrance to the Green Zone, on the one hand the bridge commentator in the capital Baghdad, which appears to have been a bombing, but it may have been officers confessed to involvement in the arrest of this process.

The official noted that the United States informed Abadi Bamahaolten through its embassy in Baghdad, adding that the attempted assassination of al-Abadi appeared to be the result of decisions taken sometimes very bold and attitudes towards some political forces.

BAGHDAD – Iraq Press – 24 September / Spettmr: spokesman of the Ministry of Labour and Social Affairs, “The Ministry will start distributing subsidy of social protection for the third installment early next October month,” he said, noting, “The number of beneficiaries of the subsidy of social protection for the second batch of 2015 amounted to (894 786) Mstvedamenhm (458 179) and female (436 607) of males in Baghdad and the provinces except the province of Kurdistan. ”

BAGHDAD – Iraq-Presse – September 24 / September: a lot of talk in social networking for a phenomenon unique sites, but a phenomenon moon bloody giant that will appear visible in the 28 of this month, four days after a cosmic phenomenon makes the night in which the moon complete in his earliest position of the earth as the moon’s orbit around the Earth is not circular, but elliptical, making the moon appear to the onlookers on the ground like a larger than before and called the phenomenon of the moon giant astronomical Balhouded point pairing system sun and the moon and the earth, which is the scientific name recognized center scientists.

To be preparing for meteorological satellite centers and lovers of astronomical phenomena to watch the phenomenon is the first of its kind in 30 years, which is the occurrence of eclipse entirely the moon with lunar phenomenon giant in one night   and the phenomenon of the moon giant means that the moon seem larger by 14% than the normal size, as it seems 30% brighter and fuller than usual, and it happens when it is in the closest point of its orbit around the Earth to the moon on 28 September 2015, where we will see a bloody giant satellites would not be repeated until the year 2033. “

To that denied the US space agency, “NASA” to “Moon bloody cause the fall of meteorites and the end of the world as the deployment of some of the media, and in social networking and issued an official statement refuted in which what he said, Pastor John Hagee, of San Francisco, that the emergence of” Bloody Moon “threw me color, on September 28 th, referring to the fall of meteorites on the ground and the end of the world.”

According to the statement, that “many of the fortune tellers, talking about the end of the world on September 28 th, the result of” bloody moon “threw me, which appears for the fourth time during the current year, and if we believe these statements, the world will fall apart as a result of rain severe meteorite”.

In turn, scientists have begun to call the moon giant based on the first to launch it this name which Richard pay in 1979 as has been accompanied by the emergence of some seismic activity and volcanic on the ground with these events are not found conclusive evidence by linking private and scientists believe that the Earth is stored a large amount phenomenon very energy is what makes the effect of the moon on the earth is not enough influence to make it explode at the moment.

Iranian President Hassan Rohani left, Thursday morning, Tehran for New York to participate at the seventieth meeting of the General Assembly of the United Nations.

“Rowhani will deliver the word at the meeting also will participate in the Summit on Sustainable Development at the UN meeting.”

“During the visit, he will also meet with UN Secretary-General for bilateral meetings and Stjmah a number of leaders and leaders of participants in the United Nations General Assembly meeting.” Finished / 29 / D 24

The parliamentary finance committee, said that the law provides for the government to send the draft budget law next year to the House of Representatives in 2016 after 17 days from now.

Said committee member Masood Haider that “if the government had sent the budget bill as stipulated by the law of any on the tenth of next October, the House of Representatives will vote on the law during the time period specified legally and constitutionally.”

He congratulated the Prime Minister Haider Abadi, the Iraqi people and the Islamic nation on the occasion of Eid al-Adha holiday.
Ebadi said in a statement subsidiaries PUKmedia,Thursday, “I extend my warmest congratulations and blessings to the Iraqi people Aziz and the Islamic nation as a whole on the occasion of Eid al-Adha, praying to God that we can at our service and to achieve their ambitions and aspirations in building a secure and stable state prosperous reservation for all their right to a decent living. “
He said al-Abadi “singled congratulations and blessing all the heroes of fighters as they confront terrorism Daash and are making their lives to defend their country and their people and their holy places, and continue day and night for the Liberation of cities and raped her sons back to it.”

“I congratulate all the pilgrims and Iraqi pilgrims in the Holy Land pilgrimage and quest Bari and ask the Almighty to bring them back to their home safely.”

The head of the Islamic Supreme Council Ammar al-Hakim, on Thursday, he will remain supportive of the government of Prime Minister Haider al-Abadi project as long as the insured and the state institutions, noting that Iraq and reality intertwined and can not be led by any party individually.

Hakim said during the Eid al-Adha prayers sermon, “The government has the will to build a state and need our support and assistance because the reality is difficult and complicated and can not be repaired the day and night.”

The al-Hakim, the “reference provided a lot of support and the government should invest this support to create real partnerships for the starting job radical reforms.”

He said al-Hakim “We will remain strongly supportive of this government as long as the insured to the draft state institutions”, calling on Prime Minister Haider al-Abadi that “be more aggressive in an effective radical reforms.”

He continued, that “Iraq and reality intertwined and can not be led by the hand of any individual, nor can any person to reach him to safety alone.” 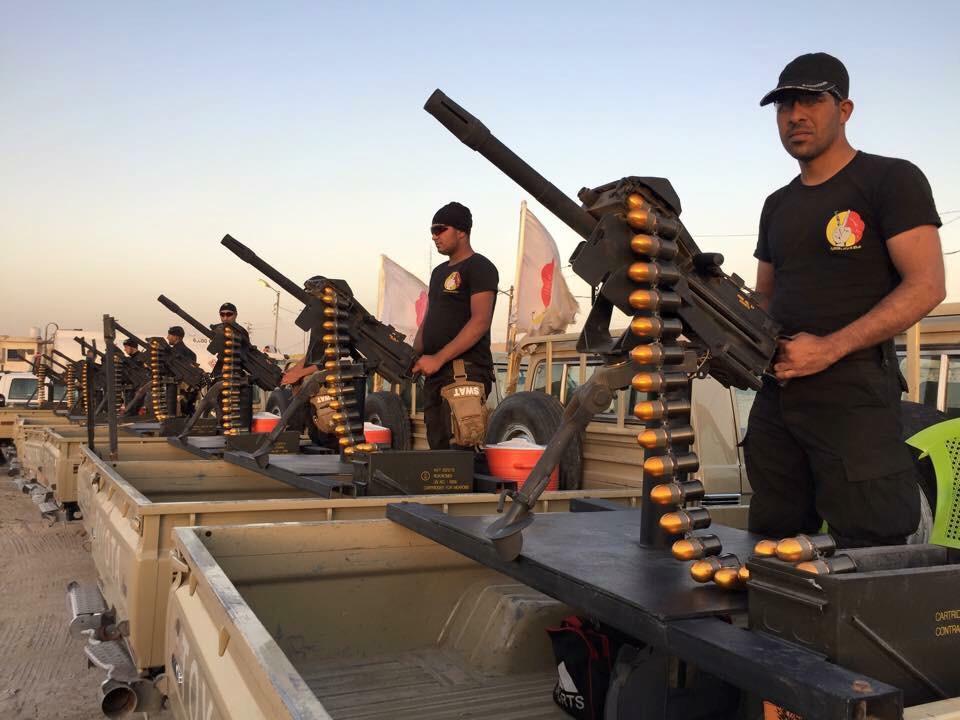 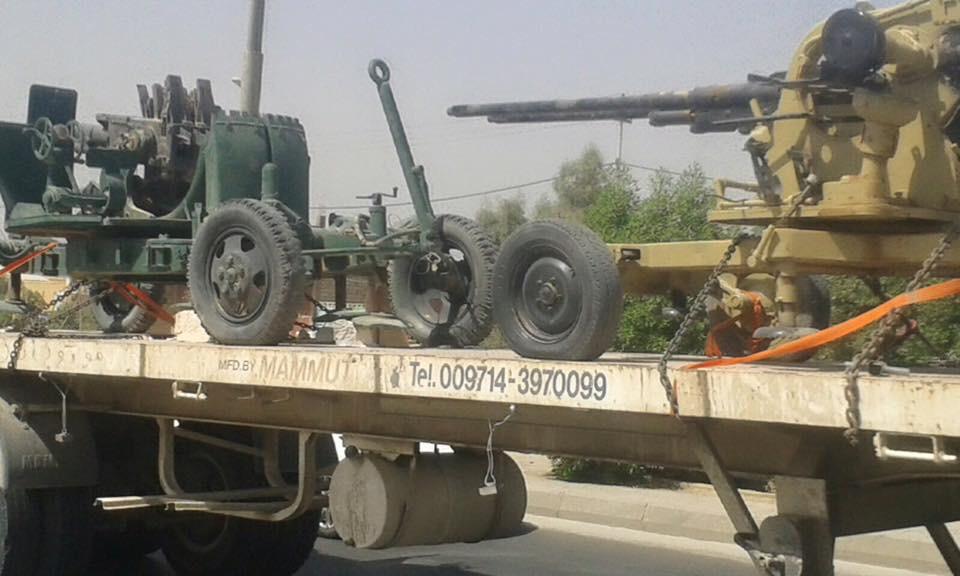 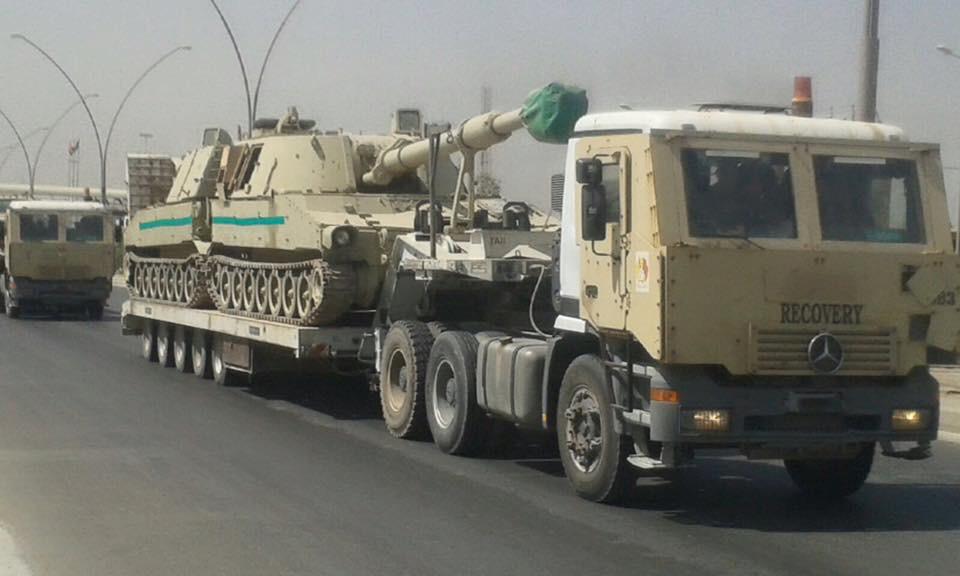