Landed in #Brussels to brief @NATO allies tomorrow on the situation in #Iraq & #Syria and next phases of our campaign against #ISIL. #ISIS

Iraq’s State Oil Marketing Organization, or SOMO, said Tuesday a sharp jump in its planned exports of Basrah crude oil in October was largely due to operational issues.

Iraq plans to export 113.96 million barrels, or 3.676 million b/d, of crude in October, all from the southern Gulf terminals.

“The difference between the allocated volume and the projected exportable volume in October was made for operational and logistical purposes only,” SOMO said in an emailed statement.

Spot differentials for Middle East medium sour grades came under heavy pressure as trading for November-loading cargoes kicked off this week after news of the surge in Iraq’s exports in October.

Discounts for November-loading cargoes of Qatar’s Al Shaheen plunged to as low as $2.80-$2.90/b below front-month Dubai assessments as traders factored in a worsening supply glut in Asia because of the rise in Iraq’s exports.

The southern export program surprised traders as it was 640,000 b/d higher than the actual average exports over the last three months, 3.036 million b/d. Exports are expected to be around 3 million b/d in September.

Iraq’s SOMO has previously nominated more than 10% above export capacity to account for lifting delays and cancellations and to ensure the loading jetties are continually occupied. This is balanced against the risk of long queues of waiting tankers and having to pay higher demurrage costs.

The export volume includes 86.16 million b/d (2.779 million b/d) of Basrah Light crude to be exported from the Basra and Khor al-Amaya sea terminals and one of the offshore moorings.

From that volume, 35 million barrels (1.129 million b/d) will be lifted by international oil company contractors as payback oil for their dues.

The remaining 51.16 million barrels (1.65 million b/d has been allocated for term buyers. Some 27.8 million barrels (897,000 b/d) of Basrah Heavy crude, which makes up the rest of the exported crude, will be loaded from the two other offshore moorings.

From this, the oil companies have been allocated 27 million barrels (871,000 b/d) as payback payments and the remaining 800,000 barrels for term buyers. 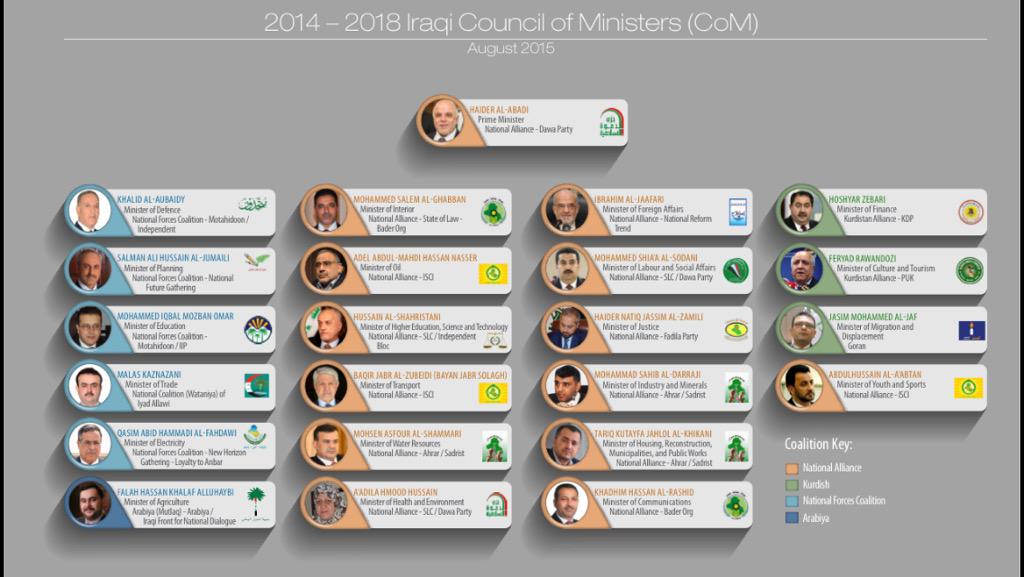 said economic researcher Firas Amer that cash reserve to cover the dinar adequate to achieve the necessary exchange rate stability for a long time.
He said in an interview with {morning »he never Amajaov the decline in the exchange rate, explaining that the measures taken by the Central Bank and the private banks which capable of achieving exchange rate stability and returned to a normal level after he had

witnessed a rise during the first quarter of this year because of Article 50 of the budget,
which obliges the central bank to sell a specific amount of the dollar to the markets, which can accommodate twice the amount specified by the law.
The Article 50 of the Budget Law for the year The current has committed to identify sales of the dollar in the auction daily currency selling ceiling not to exceed $ 75 million a day at a time when the market absorbed about $ 200 million.
Amer said that the Governor of the Bank Dr. Ali Keywords -ouhsp what appeared in the news media -zkr that the reserves are sufficient to cover more than six months of imports, which is higher than usually required to maintain the exchange rate, noting that the budget deficit this year is likely to be less than 25 trillion dinars because of campaign reforms and public spending cuts.
He said Amer out that there are no concerns on the value of the dinar against the dollar, stressing The measures taken by the Central Bank, which contributed significantly to the reduction of inflation volume during the last period.
He saw the strengthening of the reserve currency basket extra amounts of gold would also be granted the dinar extra power enables it to withstand the fluctuations of world oil prices, noting that the greater the diversity of the cash reserve It said the effects of lower oil prices directly on the value of the currency.
Central Bank of Iraq set new requirements for the purpose of providing monetary policy to the economy of market needs through foreign currency auctions and where buy or sell CBI dollar from or to the market in light of its objectives of maintaining price stability and the implementation of monetary policy (including exchange rate policies),
as well as the management of foreign reserves and the issuance of currency management as well as regulate the banking sector to promote a competitive and stable financial system.
http://alsabaah.iq/ArticleShow.aspx?ID=100379

Alsumaria News / Baghdad
Detection prime minister’s spokesman Haider al-Abadi Office, Tuesday, closely monitor the application program and an integrated calendar to subdue the “mafias corruption” to the severe accounting, as pointed out that there are decisions and steps will be taken to complete the first reforms recently launched by al-Abadi package.
He said Saad al-Hadithi said in an interview to the Sumerian News, “There is an integrated program will be implemented during the coming period to subdue everyone to observe, calendar and therefore will be subject to severe corruption mafias accountable through the performance of regulatory and judicial institutions.”
https://translate.googleusercontent.com/translate_c?depth=1&hl=en&prev=search&rurl=translate.google.com&sl=ar&u=http://www.faceiraq.com/inews.php%3Fid%3D4190851&usg=ALkJrhiIKK3-3IzqcwXBLXUrRDEnqJV92w

[Baghdad-where]
Prime Minister said the Commander in Chief of the Armed Forces Haider Abadi, that “there are those who try to challenge the state through kidnapping, armed robbery and crimes operations but we will not allow these and Snharabhm”.
A statement from his office received by all of Iraq [where] a copy of it for Abadi was quoted as saying in his speech at the security conference held by the Baghdad Operations Command in Taji area in the presence of security and military leaders in Baghdad, “there are those who try to challenge the state through kidnapping, armed robbery and crimes operations which our face to deal with it as it is to deal with terrorism because every criminal is an enemy of the state and the citizens. “
He said al-Abadi said “performance audit is very important in the discovery of errors and that the Baghdad operations, their role is very important and essential to maintain the security of the citizens in the capital and the center of the state,” adding that “there are those who want the state to weaken in order that extorting citizens and dominated them, but we will not allow them to do what they want and Snharabhm “.
The Prime Minister called “security and military forces to stay away from political things and be professional adoption, impartiality and loyalty to the country to work,” referring to “the importance of care Palmqatl in terms of equipment and weapons, food and clothing because he shield Iraq hippocampus and otherwise to overcome the enemy.”
He said the “psychological and media side is very important because there are those affected by it of fighters and citizens, noting that every breach offset by a thousand success but are not taken to sense this success must therefore highlight these successes and work to increase the intelligence effort to curb violations” .anthy
https://translate.google.com/translate?sl=auto&tl=en&js=y&prev=_t&hl=en&ie=UTF-8&u=http%3A%2F%2Fwww.alliraqnews.com%2F&edit-text= 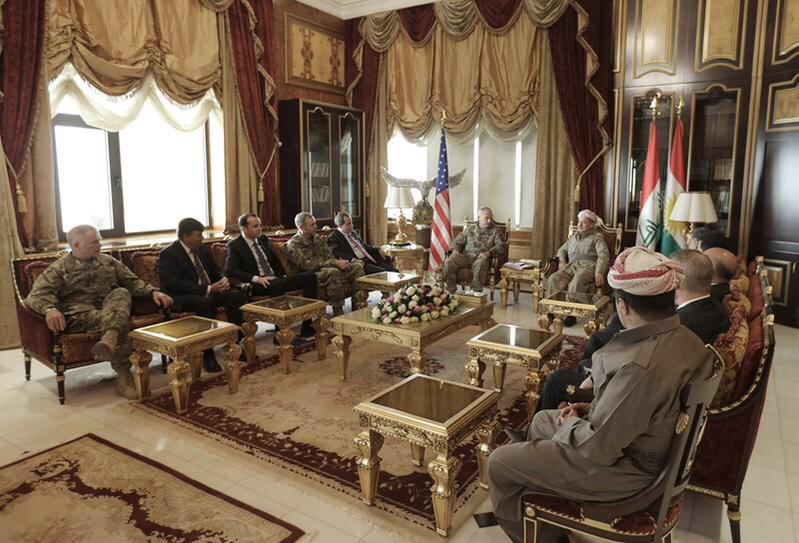 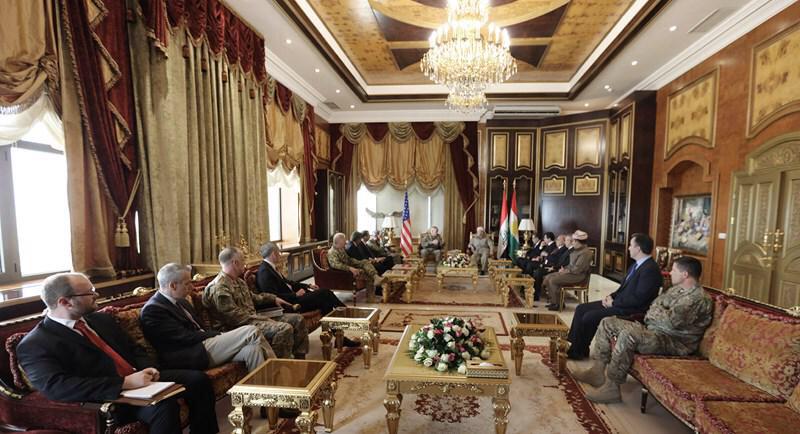 [Baghdad-where]
An informed source, on Tuesday, on the visit of Finance Minister Hoshyar Zebari to the US capital Washington currently.
The source told all of Iraq [where] that “Zebari sought in his visit to promotion from the bonds and the search for Iraq with the US banks and the possibility of buying them.”
The banking sources said on Tuesday that the Iraqi government has begun a campaign to promote the first international bond issue in nine years as it seeks to finance a budget deficit because of falling oil prices and the war against Daash.
The sources said that “Baghdad want to combine up to six billion dollars in a series of versions of dollar bonds, but the first version is expected to be much smaller.”
Said Mrtbo versions that “banks [Citigroup] which is one of the largest companies of American financial services, headquartered in New York City and the Bank and Deutsche Bank, a multinational German Bank and the Bank of [JPMorgan Chase] the largest bank in the United States multinational financial services Banking version and will begin arranging meetings with investors in the United Kingdom and the United States. “
In spite of the political risk in Iraq is expected to contribute to Baghdad put the largest oil producer in the Organization of Petroleum Exporting Countries as the second [OPEC] to reassure buyers on entitlements and the large oil fields in the south of the country was not exposed to fight directly in addition to that Iraq adopt an ambitious plan It will continue for several years to increase its production of oil.
It is expected that Baghdad pay a high price for borrowing with a 10.37 percent return on Iraq’s dollar bonds due in 2028.
Prior to the sale this month, Iraq got its first sovereign credit rating gave him his where Bretton Standard & Poor’s and Fitch rating B- a rating below six degrees of investment grade.
The Finance Minister Hoshyar Zebari said in 22 of the last June that Iraq has begun promoting overseas bonds worth up to six billion dollars.
And the government much-needed liquidity as it expects a deficit of about $ 25 billion this year in the size of the budget of about $ 100 billion.
And it announced that the Iraqi Ministry of Finance today presented a draft 2016 budget law to the Cabinet for discussion and sent to the House of Representatives to Agherarha.anthy
https://translate.google.com/translate?sl=auto&tl=en&js=y&prev=_t&hl=en&ie=UTF-8&u=http%3A%2F%2Fwww.alliraqnews.com%2F&edit-text=