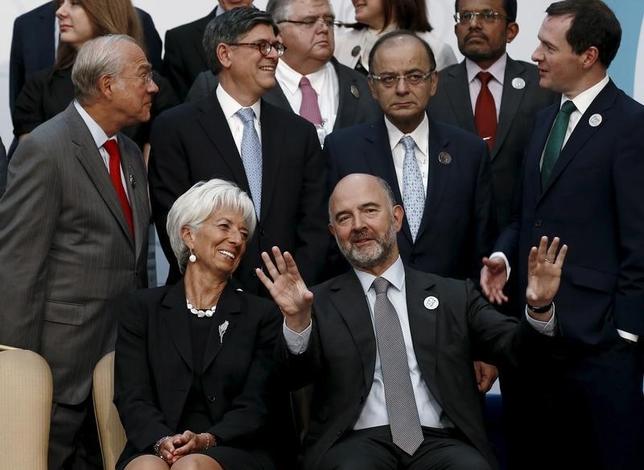 The U.S. Federal Reserve should not rush its decision to raise interest rates and should move only when it is sure the decision is unlikely to be reversed later, the head of the International Monetary Fund, Christine Lagarde, said on Saturday.

Many emerging market economies are concerned that a Fed rate rise would trigger large outflows of capital from emerging economies into dollar-denominated assets, creating market turmoil that would hurt growth.

Finance ministers and central bankers of the world’s 20 biggest economies discussed the issue thoroughly at a meeting in Ankara, Lagarde told a news conference after the talks.

“It should really do it for good, if I may say,” Lagarde said. “In other words, not give it a try and have to come back.”

“So, what we have said is, the IMF thinks that it is better to make sure that the data are absolutely confirmed, that there is no uncertainty, neither on the front of price stability, nor on the front of employment and unemployment, before it actually makes that move,” she said.

“And that would call for being in the curve, rather than necessarily ahead of the curve or indeed behind the curve.”

Kurdish parties to postpone the meeting to next week

President of the Presidium of the Kurdistan Region, Fouad Hussein, said Saturday 2015/9/5, all the Kurdish parties to postpone the meeting, which was scheduled Sunday to next week.
Hussein said in a statement, PUKmedia got a copy of it: he was scheduled to hold a five-party meeting on the Kurdish crisis, the presidency of the Kurdistan Region, on Sunday, but the meeting was postponed specifically to Sunday 13/9/2015, adding, that the delay was building the request of the Patriotic Union of Kurdistan, in order to allow for a longer period to discuss and exchange views and formulate proposals on the previous results.
The statement expressed hope that the result in the next meeting, positive results pour in favor of the people of Kurdistan.
And held four most amusing political (the National Union, the Movement for Change, the Islamic Union, Islamic Group), held a meeting on Wednesday 2/9/2015, building of the Political Bureau of the O.o.k, to discuss the situation in the Kurdistan Region and the issue of presidency of the region, and stressed the meeting on the points the following:
1. congratulate the Kurdistan Parliament on the occasion of the start of a new chapter of the second year of the fourth session of the Parliament of Kurdistan, the legitimacy of an institution, and we wish success to the parliament and to continue in his duties of legal and regulatory point of view.
2. maintain the unity of the position of the four parties.
3. insistence on the report of the Legal Committee of the Parliament of Kurdistan, a step to the establishment of institutions in the Kurdistan Region and fill the political vacuum.
4. The full line of confidence and the continuation of meetings to find a legal solution.
5. The eighth meeting high resilience of the Peshmerga forces in combat fronts to defend the people of Kurdistan, for its insistence on maintaining the rule of law and the peaceful transfer of power, and consolidate the foundations of democracy and maintaining stability and the unity of the political positions of the Parties to the Kurdish, in order to meet the challenges. As the meeting and assured the masses Kurdistan cherished achievement of their demands to give them confidence in the electoral program of the Kurdish political parties.
6. The meeting emphasized the protection of the role and place of Kurdish nationalism and religious components of the political parties in the political process for the region and address the problems and attempts national consensus.
https://translate.googleusercontent.com/translate_c?depth=1&hl=en&prev=search&rurl=translate.google.com&sl=ar&u=http://www.faceiraq.com/inews.php%3Fid%3D4138856&usg=ALkJrhixldGJCvNhJFnnq7Izgpy1FOgIDA 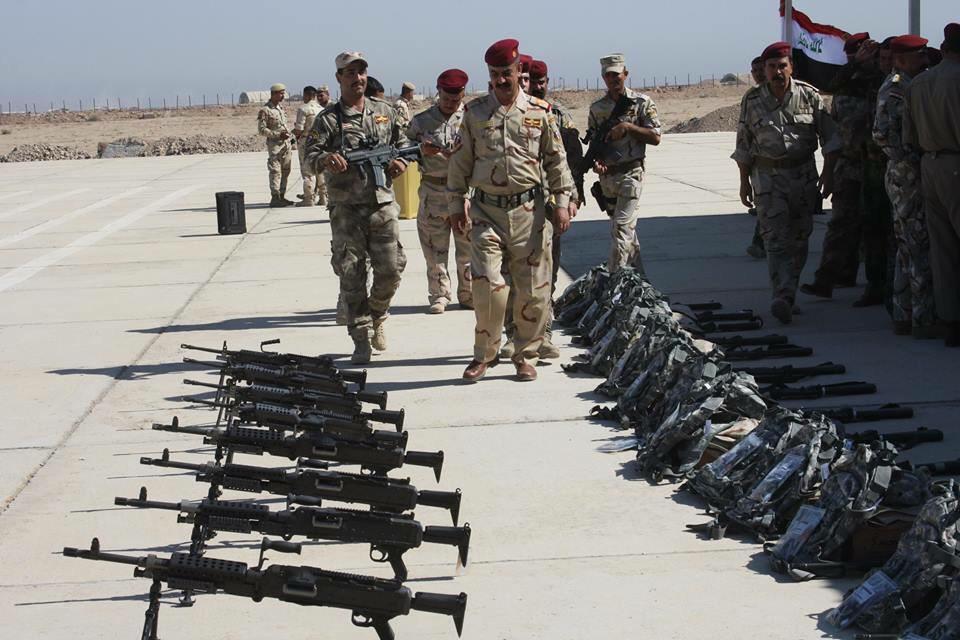 Baghdad (AIN) –The ISIL terrorists executed 50 of its elements according to betrayal charges because they fled the battlefield in front of the Iraqi security forces in Baiji district, the Kurdistan National Union said in a statement on Saturday./End/

Khandan-, the US military announced that coalition forces led by the United States launched 25 air strike in Iraq and eight strikes against targets in Syria to organize “Daash” terrorist.
The Joint Task Force said in a statement, said that the air strikes mounted in Iraq were concentrated near 12 cities, including Mosul, Ramadi and Taji, Douz and Chenkal, indicating that these raids destroyed buildings and vehicles and a facility for the manufacture of explosives and more than 50 locations combat terrorists.
The statement pointed out that the air strikes in Syria, six of which targets near the town of Mare` injuries while the other two targeted Aldharbtan targets in tenderness and Cree captivity (White Hill).

/..tstad Baghdad and the Iraqi government during the period preceding the Labor Day holiday in the United States, which coincides with the 7 of this month to start marketing to sell bonds worth euro US and international markets to obtain cash financing.

According to the news report by “Irak Basnzs News” and translates as “eye Iraq News,”that the banks “City Krupp, the Bank of the Netherlands, and JP Morgan” will be the main source of Iraqi bonds expected to sell and which will be unsecured by source statement on.

He said the site “that the material yield, which he hopes Iraq collected a consequence of the sale of the bonds will be $ 6 billion to cover the shortfall in the projected budget next year, comes this release to be the first in almost a decade, was the last international items Iraq has issued in 2006.anthy 5.

A source at the Central Bank, on Friday, that the bank plans to launch a large gold bullion weights to sell to citizens through private banks, as he emphasized that this comes after public demand to buy bullion previously put forward by the Bank, which was smaller weights.

The source said in an interview for the (long-Presse), “The CBI has already put gold bullion with weights ranging between (5-50) g and 24 caliber for private banks in order to sell them to citizens.”

The source, who asked not to be named, “The alloys that have been put forward previously met with popular among the citizens and achieved good sales compared to the quantities offered,” noting that “the bank therefore decided to put great weight alloy.”

The source pointed out, that “the weights that will be put forward is (100 250, 500 and 1000) g, and 24 caliber, “he is pointing out that” put those alloys mechanism will be similar to previous mechanisms of sale, where it will be sold to private banks to be able are sold to citizens in accordance with the simple mechanisms to enable any citizen of easily purchased,

according to the small margin on the price of ingot does not exceed the 1%, which represents administrative cost the line with bank policy.

“The central bank has revealed, about two months ago, in an agreement with one of the world’s largest coined bullion companies Stamping gold bullion from the weights (5.10, 15.20, 25 and 50 ) g,
caliber 24, and put up for sale through banks and through its center in Baghdad for employees,

while the banks called for the submission of requests to buy the quantities that you want for its own account or on behalf of the public, select the sale on the basis of cost price plus 1% as a download manager.

BAGHDAD / .. The head of the House of Representatives Saleem al-Jubouri, Saturday, on the need to assign Iraq militarily and economically, noting that Iraq is going through a severe economic crisis is no less dangerous for the security situation, calling on the international community to stand with him in the economically given the decline in world oil prices.

A statement from the office received al-Jubouri, the “eye of Iraq News,” a copy of it, “al-Jubouri, received a delegation of senior Congress Alomerreqi led by Senator Chris Murphy and Senator Carey Peters and the delegation accompanying them.”

During the meeting they discussed the overall political and security situation in the country, and the progress made ​​by Iraqi forces in their operations against Daash gangs in Anbar, with the need to assign the Iraqi forces in the western region by coalition forces, as The meeting discussed ways to accelerate the arming tribal forces to be the nucleus of keeping the ground after edited. According to the statement.