{Baghdad: Euphrates News} White House condemned on Saturday the terrorist bombing that was carried out by terrorist gangs Daash Friday in Diyala, calling it “another example of the painful atrocities” committed by these gangs.
A spokesman for the National Security Council of the White House Ned Brice in a statement followed the agency {Euphrates News} “The United States remains steadfast in its commitment to working with Prime Minister Haider al-Abadi and our partners in Iraq and the international community to put an end to the immorality of terrorist Daash gangs.”
The terrorist bombing yesterday occurred in a popular market in the town of Khan Bani Saad, about 30 kilometers northeast of Baghdad, it led to the collapse of several buildings and the martyrdom and wounding of dozens who were celebrating Alaftr.anthy
http://translate.googleusercontent.com/translate_c?depth=2&hl=en&prev=search&rurl=translate.google.com&sandbox=0&sl=ar&u=http://www.faceiraq.com/inews.php%3Fid%3D3962175&usg=ALkJrhgJQqWLyQ3AyFRlNLPoli0DR87ijg

Karam Defense Minister Khaled al-Obeidi, on Friday, a number of soldiers “outstanding” in Anbar boycotted operations, while noting that the city of Ramadi in “hand reach” military plan prepared by the Joint Special Operations Command, which conducted in accordance with the set plans.

The Defense Ministry said in a statement received for News Agency (et) a copy of it, that al-Obeidi, “Karam inspecting Sector Anbar operations and lines to block our troops on the outskirts of the city of Ramadi, a number of our fighters revocation of distinguished who have made great tournaments in defending their country, causing the terrorists Aldoaash losses heavy in lives and equipment. ”

The ministry added that “one of our officers included honoring the brave who provided a rare championship heroes with Mffersth Brams battalion of tanks, where they were able killed nine terrorists who were planting a number of improvised explosive devices in the way of our progress.”

The ministry added that “the minister generosity of a number of orders of the Military Engineering brave fighters who were able to dismantle hundreds of improvised explosive devices planted by Aldoaash to impede the progress of our troops in operations hubs”.

The ministry was quoted as saying al-Obeidi, said that “gray at hand and that the military plan prepared by the Joint Special Operations Command conducted Baltoukitat specific According to the plans drawn by”.

The Joint Special Operations Command announced on Monday (July 13, 2015) the launch of liberation from the control of Anbar province to organize “Daash” operations, indicating that the security forces are now locked in its different forms in various battles for liberation and progress towards the goals set in the province.

Daash terrorist organization broadcast a few days ago a video talking about the terrorist attack on the pure prison a few months ago where the version included a threat to employment and the accusation of the President of the House of Representatives d. Saleem al-Jubouri

This terrorist organization that he did not ever in his attempt to undermine Mr. Jubouri is from targeted by Here is today threatening and singing the accusations and threatening its sovereignty.

The President of the House of Representatives has dedicated himself to his religion and homeland and its people and that these threats will not TFT Eddh will not be able to undermine the ambition and determination in the face of this terrorist organization and expose his crimes against the Iraqi people and the Islamic nation and the world, and his quest to tarnish the image of Islam.

These threats come in the context of other attempts to interns who are trying every now and then the Nile from Dr. al-Jubouri and trying to disrupt his efforts to achieve national unity and confront terrorism in all its forms, and this threat only the image and form of plots that preceded it, which is a matter of surprise and wonder, especially of this mismatches in the target and the style and timing of the desperate attempts by installments despite the lapse of several months on the incident Khalis prison.

On this occasion, al-Jubouri renew his reign that the Iraqi people continue to moderate his approach, which seeks to Iraq’s security, sovereignty and stability 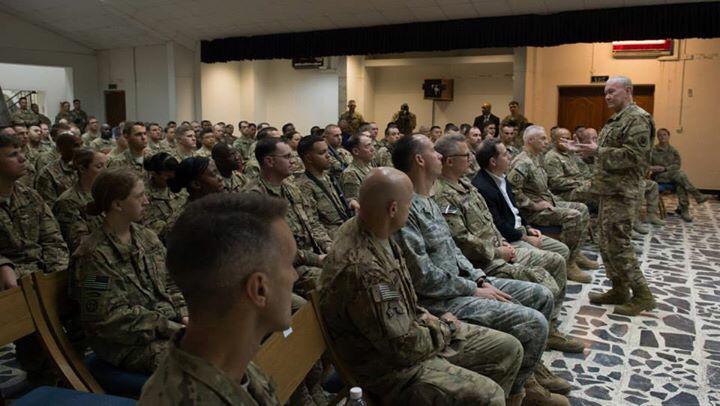 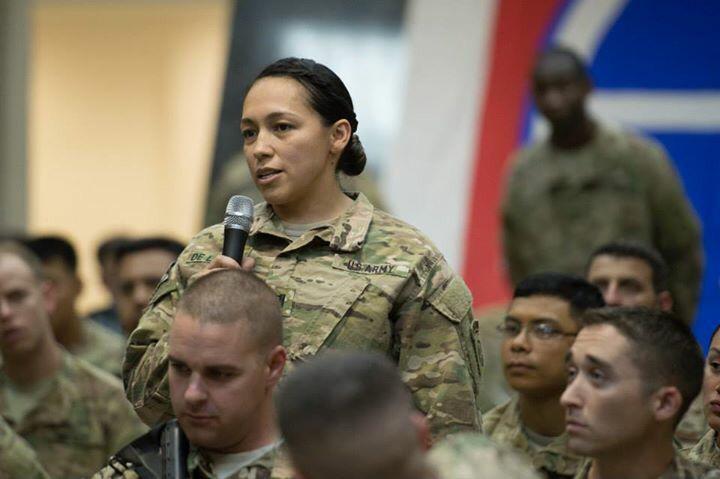 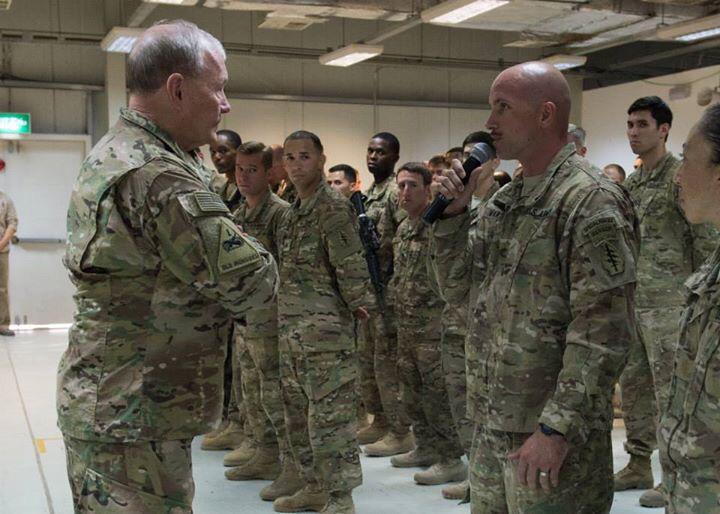 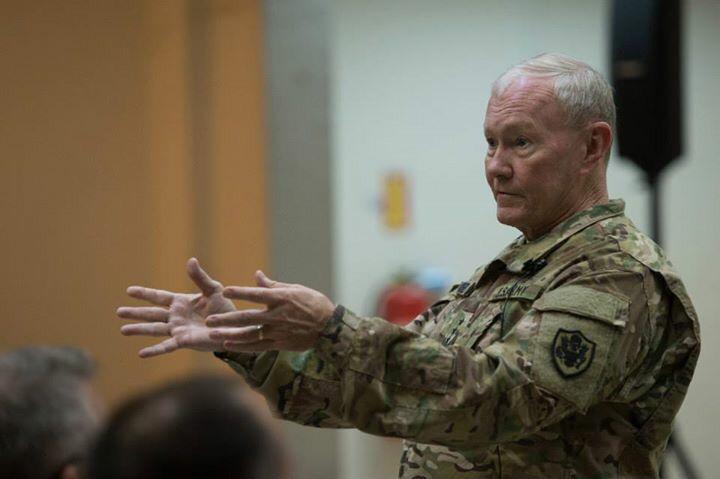 Anbar – Iraq Press – July 18: Special Operations, Brigadier Maan al-Saadi, said that “the four model aircraft squadron commander said if 16 carried out painful blows to sites belonging to the elements Daash” without specifying the time and place of these raids.

He said al-Saadi, said that “these aircraft participated in the battles and were painful blows to the enemy and had an active role as a modern and sophisticated it has achieved amazing results, in addition to supporting the airline Air Force army and the international coalition.”

The Ministry of Defense announced Monday the arrival of four F-16 aircraft to Balad Air Base, said a spokesman with the US State Department, John Kirby to “fear Washington on F-16 aircraft that seized by elements Daash”.

It is said that an expert on security affairs, Fadel Abu loaf, had said earlier the participation of F-16 aircraft in the desert of Anbar, it is not in Fallujah battles to hit Daash gatherings, noting that “Bakr air base fully insured and there is no fear on the aircraft in it.”

He added, “The purchase of aircraft deal from the United States was the conclusion of a full contract with the sense that the purchase of aircraft and missiles Aatdtha their own and spare parts, it is a complete kit, processing and fully prepared to participate in the liberation operations” in the recipe. Ended O.h

BAGHDAD Sama Baghdad
Iraqi security forces have continued to open their battles with the militia organization Daash on several fronts in Anbar province, recording the achievements of the quality of the frontline full regain control of Anbar University building after the expulsion of the organization Daash them. In conjunction toll rose criminal bombing of the market in terms of Khan Bani Saad in Diyala, while Dan Iraqi Prime Minister Haider al-Abadi bombing in the strongest terms.
Sources in the Iraqi army reported that security forces have full control over Anbar University building after the expulsion of the organization Daash of them south of the city of Ramadi, Anbar province, said Iraqi forces with the participation of the Iraqi air managed after heavy fighting against al Daash to tighten control of Anbar University building south of Ramadi and the killing of dozens of elements of the organization.
For its part, the federal police announced the offer in the center of Husayba east of Ramadi and Alamadaj in Anbar, while managed to kill 35 Daashaa, including Arabs and foreigners, while media reported military cell that «the Federal Police progressing at the center of Husaybah and Alamadaj east of Ramadi, Anbar», which led to «kill 35 Daashaa including Arabs and foreigners, in addition to burn their weapons unilateral mechanisms 5».
She added that Federal Police managed to burn defender Drives G 9, and the dismantling of 12 Melgma building and two schools. While intelligence hawks announced the Ministry of Interior cell killing and wounding more than forty-eight Daash of terrorist gangs, including a senior leader during the bombing of a meeting in the district based in the western province of Anbar.
http://translate.googleusercontent.com/translate_c?depth=2&hl=en&prev=search&rurl=translate.google.com&sandbox=0&sl=ar&u=http://www.faceiraq.com/inews.php%3Fid%3D4011263&usg=ALkJrhg-uSmFfmvHNo7zduM0LsvVIgF1nQ

The ISIS leader, Abu Bakr al-Baghdadi, has, according to a report by dailymail.co.uk, issued a decree banning the barbaric execution videos his militants have become famous for. His reason: They do not want to offend other “Muslims, who might think the videos are scary for children.”

According to the report, he sent a letter to all of his media offices saying they were no longer allowed to show graphic, violent scenes in their carefully edited videos, which caught the attention of the wider world with the emergence of ‘Jihadi John’ in 2014.

However, while some within ISIS believe the videos are “not good for the image of the so-called caliphate”, others insist they “are good for intimidating their opponents.”

10:32: 07/18/2015
Khandan – The president of the US Joint Chiefs of Staff of the Army, Gen. Martin Dempsey, to Baghdad on Saturday night, on an unannounced visit to Iraq.
The news network (CNN) US officials at the US Department of Defense (Pentagon) that General Dempsey spoke to his country’s troops from the threat posed by the organization “Daash” terrorist.
She noted that Gen. Dempsey briefed them on the military operations against the organization “Daash” terrorist in the city of Ramadi.