BAGHDAD – Anatolia: The Ministry of Tourism and the Iraqi Antiquities, on Thursday, it recovered 663 artifacts smuggled to the three countries, in the framework of its efforts to recover thousands of lost artifact of the country in the midst of the security chaos that accompanied the former regime fall of 2003, and the subsequent conflicts.

Said Undersecretary for Antiquities, Qais Hussein Rashid, in a statement Anatolia received a copy of it, “the ministry received 663 artifacts were smuggled, were received in coordination with the Ministry of Foreign Affairs (did not specify when), one of America, Italy and Jordan.”

He added that “it is part of the national campaign to protect Iraqi antiquities launched by the ministry this month that”.

On the other hand, Rashid said that “the artifacts received varied between cut Assyrian stone mission and No. clay, as well as a glass bottles and parts of bronze weapons and a piece of heritage and one spare.”

He pointed out that “it is expected to establish the Ministry of Tourism and Antiquities at the beginning of July next showcase of recoveries.”

And thousands of artifacts looted from Iraq, including about 16 thousand pieces from the Baghdad museum, during the fall of the former Iraqi regime and the subsequent security chaos, and enable Iraq to recover a fraction of them until now.

As consistently organizing “Daash” Since June of last year to destroy in the areas controlled by Iraq nor in archaeological sites and cultural and civilizational particularly in the city of Mosul, such as the demolition of mosques and churches that dates back to the periods of time varying.

Broadcasting organization in February 26 last, a videotape showing the destruction of statues and the contents of the museum in Mosul, some 400 km north of Baghdad.
http://translate.googleusercontent.com/translate_c?depth=1&hl=en&prev=search&rurl=translate.google.com&sl=ar&u=http://www.faceiraq.com/inews.php%3Fid%3D3925219&usg=ALkJrhg98V-li_ilx1xLaihjxr0gxrVL_Q

#Iraq aims to double its #oil prod by 2020. See historic increase over the past 8 years by Company/Field. via WoodMac

Searching 4 Dinar is a free site and cost you absolutely nothing!

The owner of this site does not make any kind of capital gain from this site and is completely free.

Thanks to wordpress.com for allowing us to have this Free Web Blog! 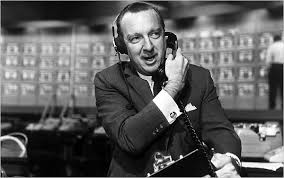 Prime Minister Dr. Haider Abadi presides over a meeting of the crisis cell was it examined the economic and financial situation. He stressed the need for follow-up and address any problematic novel including in particular to maintain the dinar’s exchange rate against the dollar in the domestic market, and the prosecution of factors, any disturbance to Aigturn gets objective conditions, as happened during the the past few days from a sudden rise is not justified, but was quickly brought under control

Follow up (AIN) -A planeload of 20 tons of medicines and medical supplies, destined for hospitals in Iraq, took off from Kuwait airport on Wednesday, Kuwait Red Crescent Society said.
The plane is part of an air bridge of relief supplies, ordered by the Kuwaiti leadership to tangibly manifest Kuwait’s solidarity with the “brothers in Iraq,” said Dr. Hilal Al-Sayer, the KRCS’s Chairman, in a press statement.

His Highness the Amir has ordered that the relief supplies be delivered rapidly to the “Iraqi brothers namely the displaced,” he said noting that His Highness Sheikh Sabah personally sympathizes with the relocated Iraqis who have been deprived of their homes and forced to live in hard conditions.

Up to 200 tons of relief supplies will be sent to Iraq as part of the humanitarian bridge in the coming days, Dr. Al-Sayer said, re-affirming keenness to heed His Highness the Amir’s instructions and relieve peoples, suffering in various corners of the world./End/

{Baghdad: Euphrates News} Finance Minister Hoshyar Zebari met on Thursday evening Stuart Jones Ambassador of the United States accompanied by Doclas PAL Director United States Agency for International Development in Iraq and discussed with them the war against Daash and increase the capacity of the Ministry gangs.
According to a statement of the Ministry and Euphrates News Agency {} it received a copy of it on “The meeting reviewed the economic, political and security situation and a number of issues of common concern as well as the efforts of the international coalition in the fight against terrorism and defeat Daash terrorist gangs”.
“The meeting also discussed the support capacity of the Ministry of Finance by the US Agency for International Development {USAID} in the areas of public debt and budget execution” .anthy
http://translate.googleusercontent.com/translate_c?depth=1&hl=en&prev=search&rurl=translate.google.com&sl=ar&u=http://www.faceiraq.com/inews.php%3Fid%3D3921305&usg=ALkJrhg1aMncKU1h9w_ITwxBypUTH-Q7tw