Tomorrow Press / Karbala announced the local government of Karbala on Sunday, the Japanese government decided to allocate $ 15 million for the construction of housing complexes in three provinces including Karbala.

He said the second deputy governor of Karbala Ali Mayali for “tomorrow Press”, “The Japanese government has decided to allocate $ 15 million to create three residential compounds for internally displaced people in the provinces of Baghdad, Dahuk and Karbala,” noting that “the establishment of residential complexes came within the United Nations Human Settlements Programme”.

He added that “the complexes will include more than 1,700 units housed designed according to modern frameworks that are in line with the atmosphere in those provinces.”

The Department of Immigration and Displacement in the holy city of Karbala has recorded nearly more than 12 thousand displaced families from the hot provinces experiencing military events.

Information / Baghdad / ..
Prime Minister ordered the commander of the armed forces, Haider al-Abadi, on Monday, the international coalition to stop the air on their missions Tikrit.
A source in the popular crowd told / information /, “Prime Minister General Commander of the Armed Forces Haider al-Abadi is, at dawn today, the leadership of the international coalition to halt their missions Air Tikrit province,” noting that “the last to withdraw all its planes from the battlefield in compliance with the orders Abadi. “
The source added that “violent clashes broke out between security forces now popular crowd and the resistance factions, which entered the battle with the elements of the organization Daash near Tikrit General Hospital.”
He said he “did not know the size of the losses left by those clashes” .anthy / 25 u
http://translate.googleusercontent.com/translate_c?depth=1&hl=en&prev=search&rurl=translate.google.com&sl=ar&u=http://www.faceiraq.com/inews.php%3Fid%3D3666946&usg=ALkJrhi97dhZhyFc3tAMvMnSifpXq6brqQ 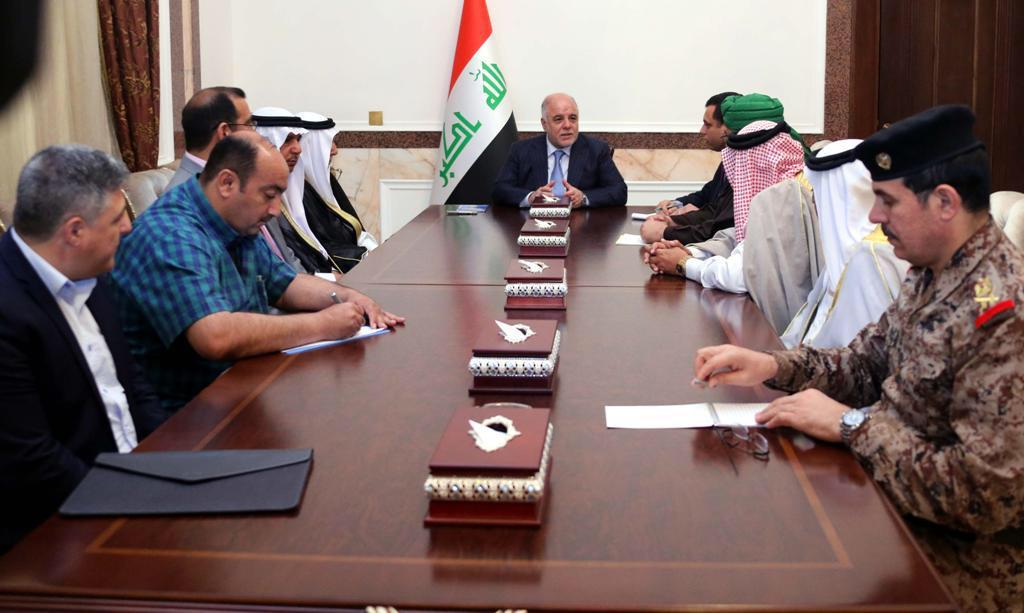 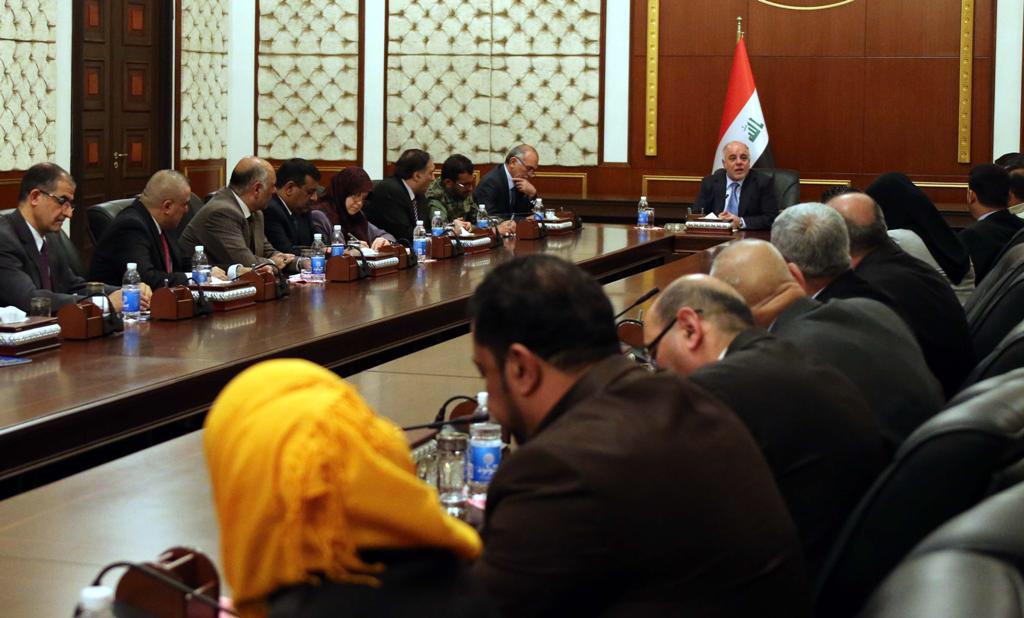 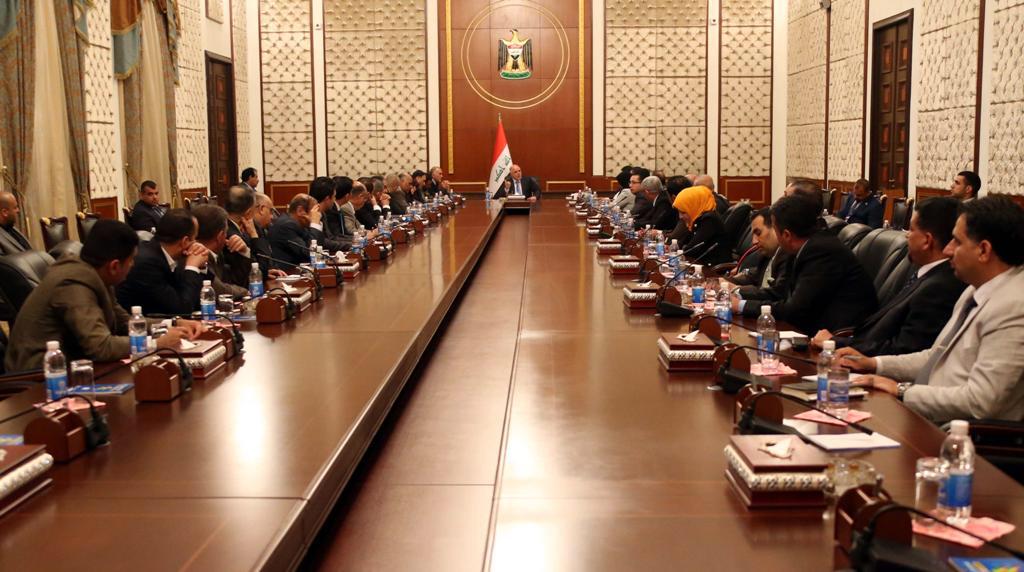 Follow-up – and babysit –Parliamentary Finance Committee asked the Ministry of Finance the details of its program to exchange vocabulary of the current year’s budget, especially the process of filling the new grades contained in the budget law.Said committee member Rep. Majida al-Tamimi, in a press statement on Saturday that “the priorities that emphasize the Finance Committee is to provide a functional degrees to graduates as one of the most basic rights as citizens addition to focusing on securing a steady income to the citizen.

Oil Minister Adel Abdul-Mahdi, Sunday, that Iraq’s oil reserves would make him leading the country to the countries of the world for centuries to come, pointing to the country’s need to increase production and oil exports during the next phase.

Said Abdul-Mahdi, in an article published in the local citizen, said that “some delusional thought that the money has been spent in research and development and increase production and drilling more wells in the areas of oil and gas, is the effort is misplaced, because of the difficult economic conditions and the fight against” Daash. ”

He added that “in spite of the collapse of oil prices, which led to the financial crisis, but Iraq is not the country’s poor, and it should adopt a rational policy, and has already trimmed the budget, and omit the billions of dollars of expenses, either unnecessary or that can be deferred, and are increasingly thinking about the revitalization of the economy Ahli and private, which may open new horizons towards reform process and the seriousness of operations. ”

He said Abdul-Mahdi, in his article, “everyone knows the extent of the Iraqi economy’s dependence on oil, now and for the duration of an adversary, Oil will remain a key factor to provide the necessary funds, through an increase in production and exports, to be able to complete the infrastructure vital broadcast in other real sectors .. as well as to maximize the its position in the international markets. ”

The oil minister stressed that “Iraq is able to do the job investor basic fact we know it and know Investors, which is the magnitude of its assets or the enormous stocks that provide a guarantee for any serious investment in the country,” adding that “the reports confirm that our stock oil original is 516.772 billion barrels record, The reserves of the original record 181.4 billion barrels, and the remaining reserve up to 01.01.2015 is a record 142.4 billion barrels, and the gas reserves and associated residual heat up

He explained that “these quantities large oil makes Iraq oil countries topping for centuries to come, it has these precautions, he must think hard about how to invest for the benefit of the country and future generations, which made Iraq, nevertheless all conditions experienced or suffered Mnha- attractive to investors as We have seen and are seeing now The Ministry of Education, said on Sunday that teachers and teachers’ salaries will be distributed tomorrow, citing the reason for the delay is the lack of financial liquidity.
According to a statement of the ministry spokeswoman safety Hassan received (news) copy of it today, Van’roatb teachers and teachers will be distributed on Monday ‘, stressing that’ the ministry ended all these instruments salaries’.
She explained that ‘the reason for the delay distribution of salaries is the lack of financial liquidity by the Ministry of Finance.’
It is said that the Ministry of Education distributed functional cadre of teachers, teachers and staff salaries in the 25th of each month.