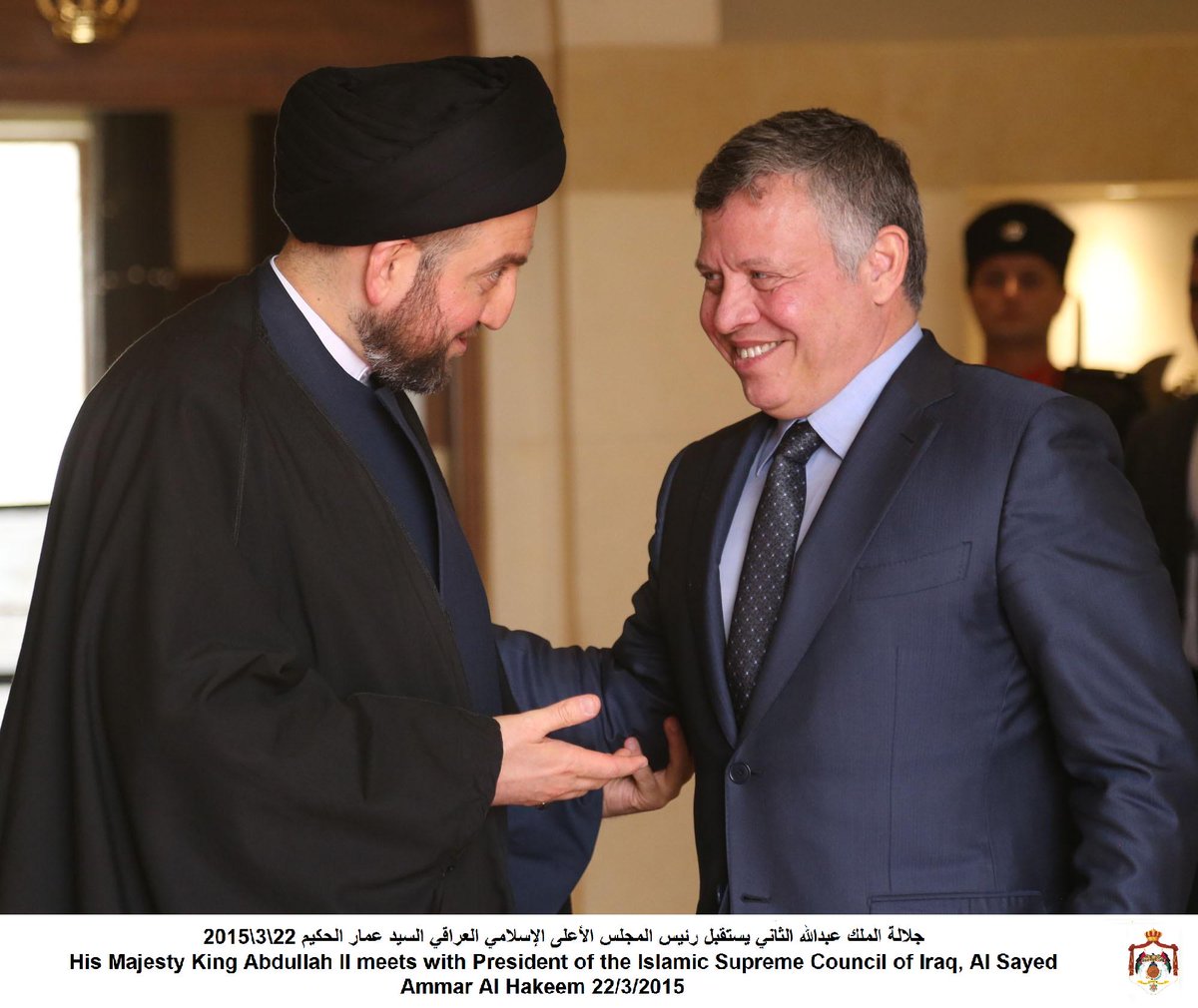 Baghdad (AIN) –The Iraqi Prime Minister Haider al-Abadi received an invitation to visit the Kingdom of Saudi Arabia during a phone call with the King of the KSA Salman Bin Abdul Aziz Al-Saud.

Statement by Abadi’s office received by AIN mentioned “Abadi discussed with the Saudi King Salman Al-Saud through a phone call means of promoting mutual relations between the two countries and the war against the terrorist ISIL.”

“Abadi clarified that the war against the terrorist ISIL organization and victories were achieved  through participation of all Iraqis and volunteers from the occupied areas according to a strategy represented by handing over the liberated areas to the local police of the same areas,” the statement added.

Baghdad (Forat) –The head of the Supreme Iraqi Islamic Council, Ammar al-Hakim, stressed that whoever wants to divide Iraq will face an unstoppable tornado. \End\
Updated: 2015/3/22 21:25

Security forces created a safe outlets Several managed to bring out the families of Tikrit city center before the implementation of the final stage of editing operations of the hands of terrorists in order to avoid casualties among civilians, after tightened security forces, and the heroes of the popular crowd, the absolute grip on large parts of the areas of Salah religion, and approached dramatically declare victory on the factions “Daash” in the province, especially after the arrival of trained a large military forces on the “street war” to fight a “decisive battle” against those gangs, which is still holed up in government buildings, the center of Tikrit, about a week ago, and take families as human shields in order to stop the security operations.

The leader of the popular crowd forces, Karim al-Nuri, said that many of the safe ports opened to ensure all families out of Tikrit city center and crack down on terrorist gangs.

Nouri said in a press statement that “over the past few days we have opened several outlets to ensure a safe exit families of Tikrit city center,” adding that “delay to storm the city of Tikrit, the center of the process of returning class basis to protect civilians and ensure their exit from the city center.”

And that “from now remain in Tikrit are the terrorists, and the liberation of the city is at hand.”

In addition, the security committee in the House of Salahuddin province, said, Saturday: The security situation in the farm south of Baiji area controlled fully, noting that the forces of the Iraqi army and the popular crowd present in the area to protect Alauaúl.oukal Committee Vice Chairman Khalid Khazraji for “Center Brief for the Iraqi Media Network”: “The warnings by some officials in the province of the seriousness of the security situation in the farm area and Base Speicher exaggerated”.

He Khazraji “The forces of the Iraqi army and the popular crowd would protect the farm area of ​​Baiji and Nothingness any threat to the population of families in the region,” adding that “the vicinity of the region is witnessing a continuous military operations against Daash gangs.”

In the meantime, said a security source in Salahuddin province, on Saturday, that the ten elements of “Daash” including a senior militant leader killed in clashes south of Tikrit. The source said in a press interview: “The armed clashes broke out between security forces supported by the popular crowd and elements” Daash “in the Thar Thar area southwest of Samarra, killing 10 of the terrorist elements.” He added the source, who asked not to be named, said: ” Among the dead leader of the “Daash” called “Hamid Allawi Khaz’al” so-called master breaker bizarre official. “

“He was giving very good advice. The battle ended now, and he returned to his operations headquarters,” Ameri told journalists close to the Al-Alam area north of Baghdad.

He was apparently referring to the battle to retake the nearby city of Tikrit from the Islamic State (IS) jihadist group, which began earlier this month and has since become a siege.

“Qassem Soleimani is here whenever we need him,” said Ameri, whose Badr militia is a powerful Iranian-backed force in the fight against IS.

Ameri’s remarks are a sign of the important role Soleimani plays in military operations against IS in Iraq and the influence Tehran wields here, both much to Washington’s chagrin.

Soleimani has advised Iraqi forces in multiple operations against IS, which led a major offensive last June that overran large areas north and west of Baghdad.

In doing so, he and other Iranian advisers provide the kind of forward support during operations that US President Barack Obama has yet to authorise American forces to undertake.

Soleimani has played an increasingly public and open role in the fight against IS, a major change for a man who was once known as the elusive operative leading Iranian efforts against the US in Iraq.

Now, his face is widely known, pictures of him are shared on social media, and he has even been the topic of music videos.

BAGHDAD – ((eighth day))
An official source in the leadership of Salahuddin operations, on Sunday, the arrival of military reinforcements to the outskirts of the city of Tikrit.

The source added, “These enhancements will enable the security forces to crack down on militants organize” Daash prelude to the storming of the city.

And stopped storming Tikrit operations, early last week, waiting for reinforcements, according to field leaders, while Interior Minister Mohammed Ghaban, “The security forces are working to secure an exit for civilians,” he said, adding that “the preservation of the lives of fighters from the priorities of the liberation of the city plan.”

Continues Army Air strikes described Palmatherh strongholds “Daash” within the city, while Washington confirmed that the Iraqi government did not ask for support in Tikrit battles.