General sons of the Iraqi people on the occasion of Nowruz holidays. A statement by the prime minister, “on the occasion of Nowruz holidays and blessings We congratulate the Iraqi people and to the people of the Kurdish public private wish that God bless us, Yemen and blessings, peace and stability of our country and our people.” He called Abadi according to the statement to be a holiday Nowruz every occasion pass us in this year’s occasion to come together and national cohesion, unity and fraternity among all components and shades of our people. “He noted that” our country is going through challenges require synergies and closing ranks to cross, these festivals represent participants bring us goodness and love and a platform for further determination and fortitude to restore security for our country and the reconstruction and prosperity. “

Like Loading...
Biden stressed the alliance, friendship and cooperation relations between the United States and the Kurdistan Region
0
Basenyoz
views

Received the President of Kurdistan Region, on Saturday evening, a telephone call from US Vice President Joe Biden, during which Barzani congratulated on the occasion of Eid Nowruz, and praised the role of the Peshmerga in the war on terror.
Biden made during contact, congratulations to the president of the region and the people of Kurdistan on the occasion of Eid Nowruz, also offered his condolences to the families of the martyrs of Kurdistan Peshmerga who sacrificed their lives for the defense of their homeland.
He was vice president for “his country’s appreciation for the role and courageous and influential Kurdistan Peshmerga heroes, who were able to deal with the terrorists in the front trenches and defeated them.”
In the axis of the dial, the bilateral relations have been addressed, and Biden emphasized the alliance, friendship and cooperation relations between the United States and the Kurdistan Region in the war against terrorists, stressing the need to strengthen relations.
On the other hand, thanked the President of the people of the Kurdistan Region and the US government, stressing that he and defeat the terrorists once and must continue international cooperation and coordination.

{Baghdad: Euphrates News} Oil Minister Adel Abdul-Mahdi said Saturday that Iraq’s reserves of oil and gas makes oil topping countries for centuries to come, explaining that “this reserve makes us think hard about how to invest for the benefit of the country and future generations.”
Said Abdul-Mahdi said in a statement the agency {Euphrates News} received a copy of it today, “Some say that the money has been spent in research and development and increase production and drilling more wells in the areas of oil and gas, is the effort is misplaced, because of the difficult economic conditions and the fight against” Daash, noting, “It is true that the collapse of oil prices led to the financial crisis, but Iraq is not a country poor and it was a must adopt a rational policy. The already trimmed the budget and omitted billions of dollars of expenses, either unnecessary or that can be deferred, and are increasingly thinking activate Ahli and the private economy, which could opens new horizons towards the reform process and the seriousness of operations. ”
He continued, “Everyone knows the extent of the Iraqi economy’s dependence on oil, now and for the duration of an adversary. Oil will remain a key factor to provide the necessary funds, through an increase in production and exports, to be able to complete the infrastructure vital broadcast in real sectors Other .. as well as to expand its position in the international markets. ”
He said that “Iraq is capable of doing the job investor basic fact we know it and know investors, the magnitude of its assets or the enormous stocks that provide a guarantee for any serious investment in the country. As the latest reports indicate that our stock is an original oil 516 772 000 000 standard barrels of oil reserves .. and the original record 181.4 billion barrels, and the remaining reserve up to 01.01.2015 is a record 142.4 billion barrels reserves .. and gaseous heat and accompanying remaining until 01.01.2015 is 130.966 trillion cubic feet of 32.695 trillion feet of free gas .. and 98.271 trillion cubic feet of associated gas, all without the expense of Kurdistan fields and showed Majara..hzh quantities explorations make Iraq oil leading the country for centuries to come. It has these precautions, he must think hard about how to invest for the benefit of the country and future generations .. which made ​​Iraq – despite all the conditions experienced by, or suffer Mnha- attractive to investors as we have seen and are seeing now. ”
He noted that “one of the biggest problems in Iraq are not the difficulty of providing money to invest in the oil field, also refers to the size of the offers of investment projects, which are -llasef Cdid- more of our preparations and our ability to be absorbed .. Vqguanana and our legislation, investment and the environment that are still hesitant, and aggressive sometimes, and behaviors repellents are the cause of the foundation, and not money, capabilities and opportunities shortage. ”
He concluded by Abdul-Mahdi, said, “The drop in prices leads to lower costs in the oil field, and the exit of some producers receive high costs, it is, on the contrary, the opportunity for appropriate investment in the oil and gas Iraqis low-cost, which is in Iraq for less than 8 dollars per barrel of oil .. This cost no longer exist in a lot of fields around the world. This could be a historic opportunity for Iraq to regain its position in the global market, and develop the capabilities and reduce the unnecessary expenses, and develops from economics consumed by wars and reckless policies.
http://wwww.alforatnews.com/modules/news/article.php?storyid=79938

Baghdad (Forat) –The head of the Supreme Iraqi Islamic Council, Ammar al-Hakim, emphasized the importance of strong partnership calling to transfer the political process and constitution as a base for national reconciliation.
The Supreme Iraqi Islamic Council reported in a statement received by Alforat News Agency ”Hakim emphasized the importance of strong partnership among the political powers due to its great influence on reality field.”

”Hakim considered the Iraqi tribes as the main solution in all sectors and demanded the chieftains to take their responsibility in ending the tribes disputes phenomenon,” the statement concluded. \End\

A statement of what is called the administrator of the Office of the Caliphate in the organization Daash terrorist Abu Dujana al-Qahtani fighters organization to withdraw from Iraq completely. The statement explained that the terrorist Abu Bakr al-Baghdadi had ordered all the princes to prepare for withdrawal from Iraq and bring all the spoils that can be moved and take advantage of them and after it became clear that they have no capacity to confront the Iraqi army and the heroes of the popular crowd.

that all of the delayed implementation of those orders will be carried out the death sentence against him.

Said a leading role in the popular crowd, yesterday, that the Commander in Chief of the Armed Forces recently discussed with the field commanders to use Btiran international coalition, as well as discuss the re-effort service liberated areas after the return of residents to their areas.

He acknowledged that the military leader of al-Abadi is who has the decision to use the international alliance, said the possibility that the latter operations aerial survey of the areas mined.

In the meantime, the Security Committee revealed the endeavors of Abadi to unite the leaders of the popular crowd under the command of the Commander in Chief of the Armed Forces and the Ministry of Defense.

The United States announced last September that more than 40 countries will participate in one way or another in the coalition against al (Daash) went through military strikes and sending trainers and advisers to Iraqi forces. “

Confirms MP Ahmad al-Asadi, a spokesman for the popular crowd, “the existence of ongoing meetings of Ebadi and the leaders of the joint operations and the popular crowd to discuss the liberalization of the city of Tikrit Daash operations of the elements.”

He adds the leader of the popular crowd that “the involvement of the international coalition are discussed at these meetings, which were held with the Prime Minister,” asserting that “the participation of the alliance is subject to the general commander of the armed forces because the government is called for in the earlier involvement of the international coalition.”

Stresses Ahmed al-Asadi that “the Prime Minister is limited by the participation of the international coalition in the fighting or not the kiss.”

Shahe in turn says that Abdullah, the decision of the Parliamentary Committee on Security and Defense, “The Iraqi government has become an urgent need today to post international airline alliance in the face of the threat of terrorism, which controls the three provinces, Salahuddin, Anbar and Mosul and parts of Kirkuk.”

Abdullah said, in a statement to the “long”, that “the Iraqi army aviation is not up to do on its own enemy, monitoring and treatment of the snipers who are at the entrances to the city of Tikrit and premises,” referring to the “resentment of the International Alliance of statements released by some leaders officials not to allow them to participate In the process of liberalization of Salah al-Din. “

It should be noted that the Prime Minister Haider al-Abadi, announced early this March, the start of military operations in Salah ad Din province to release it from the control of Daash with the participation of military units and the popular crowd and the support of tribal and military aviation.

And see a member of the security and defense committee that “it is necessary to restore the situation to what it was before the purge Salahuddin process and allow to fly international coalition to participate in all military operations carried out by security forces backed by the popular crowd,” noting that “the Iraqi government is to ask for help from coalition International after it took control of Daash the provinces of Nineveh, Salahuddin and Anbar. “

He continues Kurdish lawmaker, saying “the Commander in Chief of the Armed Forces Haider Abadi, will hold a meeting with the Joint Command of the international coalition to discuss the participation of the coalition in the battle of Tikrit, the next battles to help the security services.”

See Shahe and Abdullah that “in the absence of participation of the Sunni component in cleansing their areas Flaimkn edit these cities and provinces of Daash,” noting that “Sunni participation in the cleansing of Salahuddin province, operations are limited to no level requirement and ambition,” and stressed the need to “put military operations management of security devices and mobilize forces under the command of the Commander in Chief of the Armed Forces. “

It goes a member of the security committee said, “there are statements issued by some officials intersect with the orientations of the Commander in Chief in the liberation of Tikrit process, as well as having personal actions of the popular crowd forces does not correspond with the aspirations of the Prime Minister,” Mrkda that “Abadi no intention to put the crowd forces and military pieces under one management. “

Kurdish MP denies “that there is coordination between the factions of the popular crowd in Salahuddin province cleansing process,” pointing to “an intention to unify these factions with military forces in a unified management under the leadership of Commander in Chief of the Armed Forces and the Ministry of Defense.”

The MP Shahe and Abdullah, said that “Abadi being a series of meetings and meetings with the leaders of the popular crowd to discuss unite and management, as well as discuss the involvement of the international coalition in the battle of Tikrit, as well as address the imbalance in the battle fronts.” 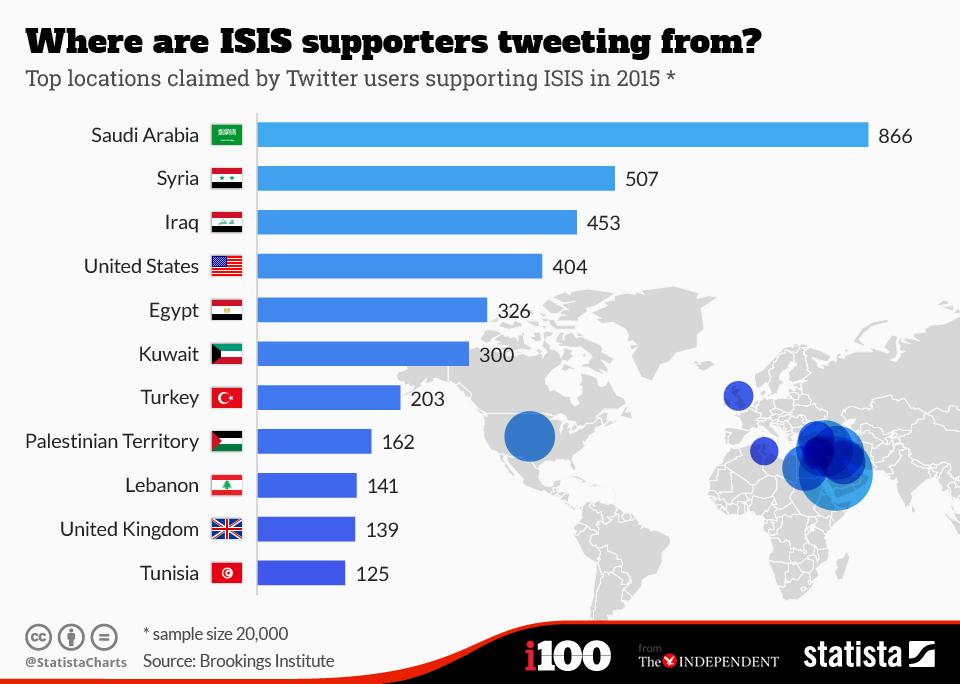