{Baghdad: Euphrates News} arrived at Baghdad International Airport, on Friday, a new aircraft type {} Boeing 737/800.
According to Iraqi Airways said in a statement the agency {Euphrates News} received a copy of it today that “within the contract between the Iraqi Airways Company and Pong reached Boeing type 737/800 to organize the Green Bird fleet.”She drew the company according to the statement that “the arrival of This aircraft is now the company’s fleet consists of 28 aircraft {} “. It is said that Transport Minister Baqer al-Zubaidi had said earlier that “Shakura Iraqi Airways will receive this year {13} plane of the Boeing Company,” .anthy
http://wwww.alforatnews.com/modules/news/article.php?storyid=79874

Like Loading...
3 Rose پیh
Advanced ratios in the completion of residential project Altajiat
BAGHDAD – morning
agreed to the Ministry of Construction and Housing with the World Bank to fund service projects through activation signed between the two conventions.
This came during a meeting with Minister of Construction Tariq Kikhany in Baghdad yesterday, Robert Abu quality of the Special Representative of the Mission of the World Bank in Iraq and Ibrahim Dajani, director of operations at the World Bank.
The two sides discussed ways to activate the project transport corridors and rehabilitation of Highway No. 1 / of syllables loan agreement (i 7) and (i 8) and the development of the institutional structure of the Department of Roads and Aljsur.kma agreed to open up new channels of cooperation with parties other financial finance ministry’s strategic and important projects.
In the meantime, announced Kikhany continues to work on a project Altajiat complex residential investment in the province of Baghdad, who performs under the supervision of the investment department at the ministry.
The minister said in a statement the morning received a copy of it: The project consists of (73) Building housing includes (1392) flat, indicating that these buildings designed according to two models of residential buildings first (A) and includes 45 residential buildings by 16 apartments per building, and the second (B) comprises (28) apartment building by (24 ) apartments per building sizes ranging from (150 m 2128 m 2107 m 2), indicating that the cost of the project amounting to (106.4) million dollars has reached completion to the 28 percent rate.
In the meantime, continue to the Ministry of Construction and Housing Acts implementation of 37 school construction in a manner Ready in Babil province proportions accomplish degrees.
The media center director Abdul Wahid al-Shammari morning’s: The project consists of schools with multiple rows and bunk and three first models with a capacity of (9) classes and an area of 582 m2 and model II with a capacity of (12) description of area (896 m) 2, and the third model is the capacity of (12) a description and an area of 737 m2. Read the original site
https://newhub.shafaqna.com/IQ/11572916-%D8%A7%D9%84%D8%A8%D9%86%D9%83-%D8%A7%D9%84%D8%AF%D9%88%D9%84%D9%8A-%D9%8A%D9%85%D9%88%D9%84-%D9%85%D8%B4%D8%A7%D8%B1%D9%8A%D8%B9-%D8%A7%D9%84%D8%A5%D8%B9%D9%85%D8%A7%D8%B1-%D9%88%D8%A7%D9%84%D8%A5%D8%B3%D9%83%D8%A7%D9%86

ESTABLISHMENT OF THE COUNTER-ISIL FINANCE GROUP IN ROME, ITALY

Italy, Saudi Arabia, and the United States on March 19-20 co-led the inaugural meeting of the Counter-ISIL Finance Group (CIFG) in Rome, Italy. Representatives from 26 countries and several multilateral organizations met to agree on an Action Plan to further their understanding of ISIL’s financial and economic activities, share relevant information, and develop and coordinate efforts to combat ISIL’s financial activities.

The CIFG was established as part of the Counter-ISIL Coalition effort to enhance coordination among international partners on key lines of effort to defeat ISIL. The CIFG will meet regularly to consult on efforts to counter ISIL’s financial activities and economic sustainment. The next meeting of the CIFG is scheduled to take place in Saudi Arabia in early May 2015.

The CIFG Action Plan notes the unique terrorist financing challenges posed by ISIL, and identifies and establishes key steps that Coalition members, and potentially the entire international community, should undertake to disrupt ISIL’s sources of revenue, movement and use of funds, and its overall economic sustainment. The key objectives of the CIFG will be to (1) prevent ISIL’s use of the international financial system, including unregulated money remitters; (2) counter ISIL’s extortion and exploitation of economic assets and resources — such as cash, oil, agricultural goods, cultural property, and other economic commodities — that transit, enter, or are derived from areas in which ISIL operates; (3) deny ISIL funding from abroad, including from external donors, foreign terrorist fighters, and kidnapping for ransom; and (4) prevent ISIL from providing financial or material support to foreign affiliates in an effort to expand its global ambitions. In addition, the CIFG will promote the implementation of United Nations Security Council Resolutions specifically targeted at ISIL and other al-Qaida associated groups in Iraq and Syria.

[This is a mobile copy of Establishment of the Counter-ISIL Finance Group in Rome, Italy]

Iraqi Security Forces, Shi’a militias, and the Popular Mobilization have begun to shell Tikrit. Shelling may disrupt ISIS within the city, making further advances to clear ISIS possible. Shelling will also likely inflict civilian casualties, which may have divisive consequences within the Popular Mobilization, which includes Sunni civilians from Salah ad-Din and Shi’a civilians. Shelling alone will not destroy ISIS in Tikrit, nor remove its control of the city. The ISF shelled Fallujah heavily in the early months of 2014, and ISIS still remains in control of the town. ISIS attacked north and south of Tikrit on March 20, likely attempting to make gains or divert attention from ongoing operations in Tikrit. The ISIS attacks north of Tikrit were more substantial, with ISIS reportedly gaining control of new villages west of the river and immediately south of Baiji. These ISIS positions may allow ISIS to remain active in Salah ad-Din while the battle for Tikrit unfolds, possibly renewing attacks upon Baiji from the western desert. Meanwhile, in Anbar province, elements of the Iraqi Security Forces, Shi’a militias, and the Popular Mobilization attacked ISIS in Ramadi and north of Fallujah. The reporting about these operations suggest new gains by the ISF, but not definitive outcomes to clear ISIS from them. Both ISIS and anti-ISIS forces are active in Salah ad-Din and Anbar simultaneously. 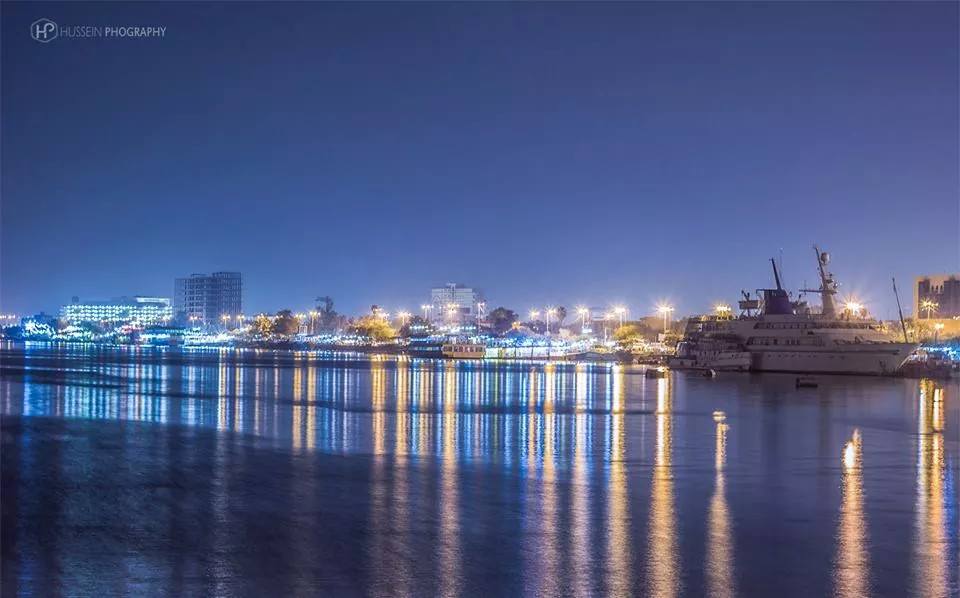 International Monetary Fund forecast, on Friday, the high proportion of the deficit in the budget of 2015 to more than the 12 percent announced by the government, to “significantly higher levels”, due to lower oil prices, and the weakness of the possibility of Iraq’s commitment to export 3.3 million barrels per day also assume that the budget proposal strict implementation of reform measures include austere in investment projects, and a commitment to reducing expenses, and to reconsider the limits of central bank sales of the currency, referring to the overall growth contraction, and the prospect of rising inflation slightly the end of this year.

The IMF said in a statement, issued by the Chairman of the negotiating mission with Iraqi authorities (Carlo Sdralvić), following a round of negotiations included the ministers of oil and finance Iraqis, and the Governor of the Central Bank, and Iraqi officials in the Jordanian capital Amman, which ended last week, and received a (long-Presse) a copy of it “The budget of 2015 (Iraqi) assumes achieve exports of 3.3 million barrels per day at a price of $ 56 a barrel, and therefore include increases in non-oil tax and strives to contain spending through measures such as compulsory savings on the wages of civil servants apply, however, in view the massive drop in oil revenues, the budget is still expecting a deficit of almost 12% of GDP. “

He added, “In the more conservative oil revenue assumptions, taking into account the payments due to international oil companies, which are not listed by the budget, it is very probable that the deficit up to much higher levels and to address this negative possibility, the government is committed to the implementation of less than budgeted expenses when you need to exercise Accuracy in cash management and rationalization of capital investment and postpone some investment projects. “

Fund stressed in his statement that “the matter requires further fiscal consolidation through measures on both sides of revenues and expenditures to contain the budget 2015 deficit commensurate with funding constraints, and ease the pressure on the domestic banking system, and to reduce domestic demand to contain the decline in international reserves, It should be fiscal discipline measures be permanent until underpin the sustainability of public finances and the external accounts situation in the medium term, which would be of great importance in view of the weakness of the prospects for oil prices. “

“And” foreign exchange market stable has been in 2014 following the steps taken by the Central Bank to edit that, and close the gap with the parallel market to 3.5% at the end of the year, but the authorities should reconsider the limits for sales of the central bank’s foreign exchange and collection of fees Customs through commercial banks, where these measures are already causing pumping to restrict foreign exchange to the Iraqi economy and led to the arrival of the parallel market prices to record levels in recent weeks. “

The statement pointed out that “moving forward in the re-structuring of the Rafidain and Rasheed state-owned, is also taking steps to open government business in front of banks and the private sector, and the introduction of a number of essential elements of the infrastructure of the financial system, such as the establishment of a system of deposit insurance and credit bureau as well as the achievement of Ctoaúa and diverse medium-term economic growth will depend on a wide range of reforms, including state-owned enterprises, and the energy sector, and labor markets, and improvements in the business climate and governance. “

He continued, “due to a decline in economic activity in the occupied territories of the organization” Daash “and rigidity of government spending, estimated to shrink GDP growth by more than 2% in 2014 and is expected to re-rise just over 1% this year.”

The statement stressed that “Daash attacks did not lead to stop the expansion of the oil sector of each of the regions oil producer, exports are expected to rise from 2.5 million barrels per day in 2014 to 3.1 million this year, taking advantage of the agreement with the Kurdistan region.”

The statement continued, “The external shock, which was accompanied by spending on security and humanitarian requirements pressures, a burden on the overall financial performance. In 2014, the financial base of the activation due to lack of credit balance, which helped to contain spending in less than 2013 levels, limits, and as a result Therefore, it is estimated that the budget deficit of about 3% of GDP, down from 6% of GDP in 2013, but this result was due in part to the postponement of investment spending and the suspension of conversion of the budget to the Kurdistan Regional Government, as well as accumulated arrears due to international oil companies. Most of the deficit is financed by borrowing from the internal state-owned banks. “

The mission, according to the statement, to “the Fund’s readiness to support the Iraqi authorities through increased cooperation in terms of policies, and technical assistance, in addition to financial support when needed.”

Terms posting comments and the comments in the “long”