The euro and the dollar are nearly trading one for one, as the EU single currency continues to fall to new depths after the announcement of the ECB’s quantitative easing, the €1.1 trillion bond-buying program launched Monday.

In early trading Tuesday, the euro lost more than 1 percent against the dollar to $1.0586, its lowest since March 2003.

The euro has been on a steep decline since the European Central Bank announced its loose monetary policy in December. Since the start of 2015, it has lost more than 14 percent.

“It’s the euro versus everything,” Stephen Gallo, European head of FX strategy at BMO Capital Markets in London, told Reuters.

Against the pound, the euro dropped 1.15 percent, with one euro now buying only 70.18 pence, the weakest since November 2007.

“The way these moves look is if it’s not just speculators piling into euro shorts, it’s actually a net flow of capital out of the euro,” Gallo said.

Other factors affecting the euro which is used by 19 countries, is the looming possibility Greece may again fall into a sovereign debt crisis and possibly leave the eurozone, which would send the currency sinking even further. ECB officials, along with IMF and European Commission, visit Athens Wednesday to discuss terms of a bailout extension.

Another stressor is the resurgence of the greenback after it underwent its own quantitative easing from 2008-2014. Falling oil prices also contribute to deflation, or lower prices, across Europe.

The European Central Bank launched its €1.1 trillion bond-buying program on Monday. The program will pump new money into the economy via central banks buying sovereign bonds in order to jumpstart the EU economy and steer clear of deflation. Inflation is hovering close to zero and nowhere near the ECB’s 2 percent target. Insisted Fuad Masum, the second consecutive month, to ratify the death sentences issued by the Iraqi judiciary rejected during the era of former Prime Minister Nuri al-Maliki, without showing a compelling reason politicians to partners or parliamentary blocs.

He said an official in his office that infallible refrain from signing the death penalty comes to lack of conviction in the justice of those provisions, pointing out that many of them came under pressure from al-Maliki.

The refusal of the infallible and resentment parties window in the “National Alliance” most notably al-Maliki himself block, which confirmed that these provisions “have passed a series of actions, trials and gained a degree deterministic and the President to sign quickly.”

An Iraqi official in the Office of the Presidency of the Republic of Iraq that “the President of the Republic declined over the past two months for the ratification of the more than 600 resolution sentenced to death for the Iraqi judiciary, mostly related to terrorism.”

The source explained that the “infallible question the completion of the investigation into these issues, and find some unconvincing and other issues does not deserve the death penalty,” and that “a number of his advisers told that many of them political and sectarian dimensions with the other.”

And similar infallible position with his predecessor, Jalal Talabani, who declined to sign a large number of executions, including the decision of Saddam Hussein’s execution position, which prompted Maliki to autograph hours before the execution of the judgment was considered at the time to sign unconstitutional being one of the powers of the President and not the Prime Minister.

However, Talabani was allowed to deputy Amer Alkhozai sign on with those provisions afford fully accountable, which is easy to implement dozens of executions during the period of the Maliki government.

Kirkuk (Forat) –The Peshmerga forces supported by the local policemen announced liberating Nahrwan complex along with seven villages to the south of Kirkuk province. \End\

Salah il-Din (Forat) –The head of the Supreme Iraqi Islamic Council, Ammar al-Hakim, joined the Public Mobilization Volunteers in the front clashes with the ISIL terrorists in Tikrit. /End/…

Long-Presse / Baghdad
A central bank, on Thursday, meeting with specialists in public the Authority for Customs, as well as taxes for clarification on the calculation of customs trusts established in the customs tariff law attributed to him, and stressed “the agreement” to determine the percentages of each, especially essential commodities material.

He said the Central Bank of Iraq, in a statement received (range Press), a copy of it, that “the central bank held an urgent meeting with specialists in general the Authority for Customs, as well as taxes for clarification about the calculation of trusts customs rates prescribed in the customs tariff and the amount currently Banking Law mechanism.”

He said the central bank “was determined ratios at the level of each article in order to avoid the integration of some high levels with low ratios, especially for essential goods and will work according to it by the banks.”

The Ministry of Finance, in the (January 30, 2013), that the imposition of tariffs on imported goods will be starting from 2014, and by no more than 20% of their value, indicating that the fees will be imposed at all border crossings, including the Kurdistan region.

The Iraqi government announced earlier, for Amadaha applying tariff law gradually according to a fixed timetable, and stressed that the law will include some of the goods. 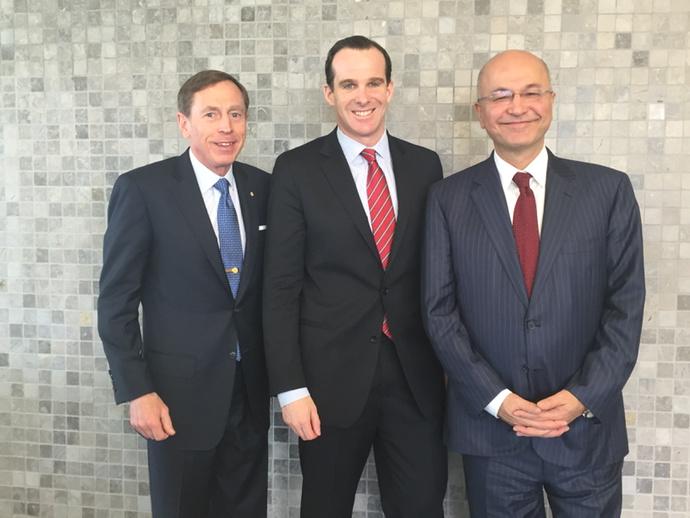 Baghdad (AIN) -The parliament adjourned its session until next Saturday.

Parliamentary source told AIN “The parliament has adjourned its regular session of today until next Saturday after it discussed several law drafts.” /End/

Presidency of the Council of Representatives has decided to withdraw the request need to question Saleh al-Mutlaq and Deputy Prime Minister in charge of the State Commission headed by dealing monitor the situation of displaced people and provide them with assistance.

He said the National Alliance MP Sadiq gum in an interview with Radio Iraq war that “the President of the Council, Salim al was not successful in the decision to withdraw the interrogation which was dedicated to inquire about the money allocated for the displaced, which revolves around suspicions of financial and administrative corruption.”

And see the MP for the Union of Forces Abdel Azim Ajman that “the motion came against the backdrop of political bickering between al-Mutlaq and a number of deputies” warning at the same time of the “drag Council to political conflicts that hinder interrogations under the dome of the parliament,” he said.

Pretty Obeidi MP for the National Coalition pointed out that “the withdrawal of the interrogation undergone legal controls,” pointing out that “most of the signatories of the motion to question the Deputy Prime Minister Saleh al-Mutlaq had withdrawn their signatures, which reversed the interrogation process.”

As denounced Faik Sheikh MP for Civic Democratic Alliance “decline in the number of MPs for the motion,” stressing “the importance of activating the supervisory role of the Council.”

The MP Mishan al-Jubouri has collected the signatures of more than sixty deputies from different blocks and submit to the Presidency of the Council of Representatives request to question Saleh al-Mutlaq, the deputy prime minister, on charges of squandering money allocated for the displaced due to military operations by al Daash on a number of Iraqi cities